PORTO and Braga players were forced to push an ambulance off the pitch in incredible scenes after it broke down while attending to a horror injury. 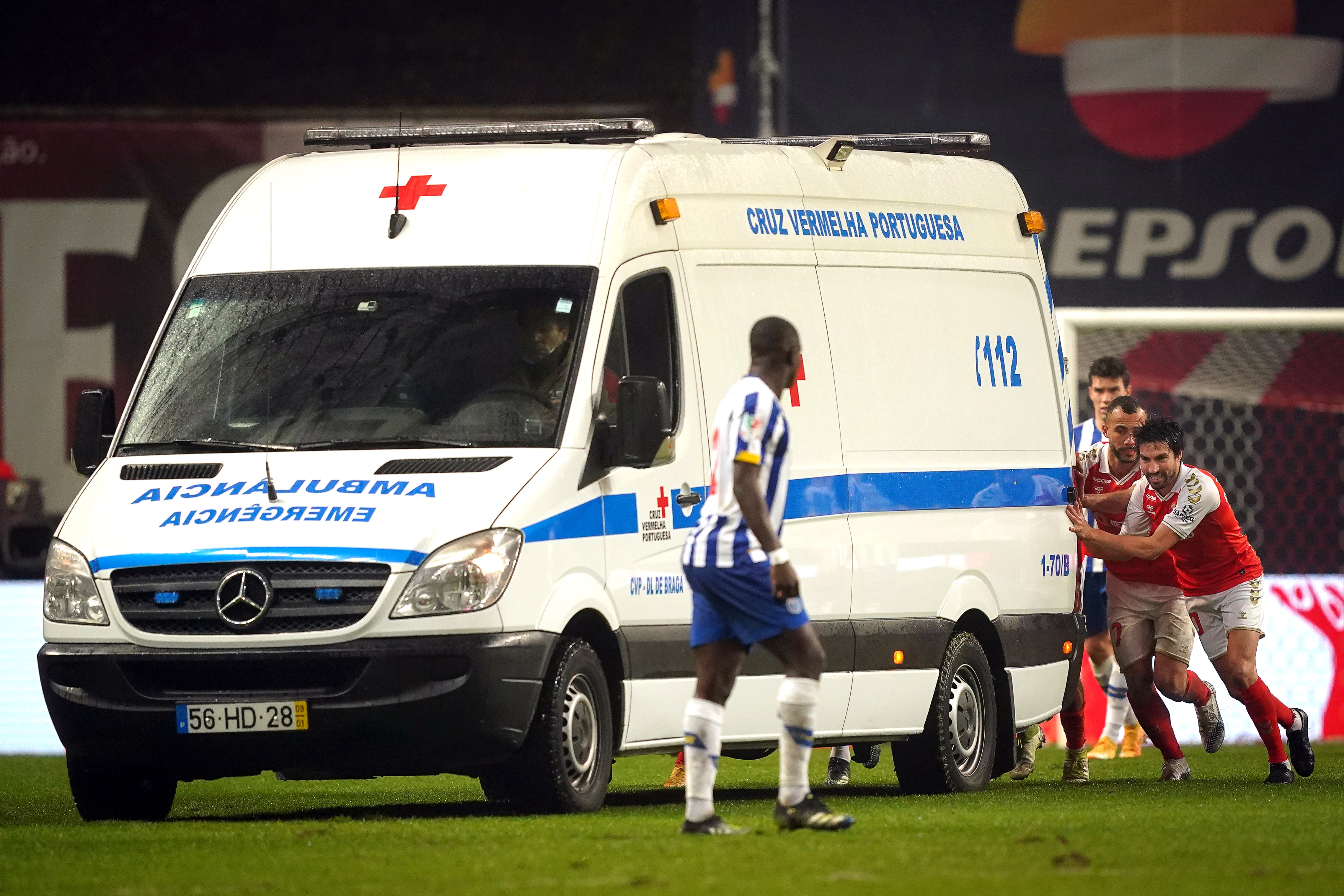 Braga and Porto stars were forced to give the ambulance a push after it broke down on the pitchCredit: EPA 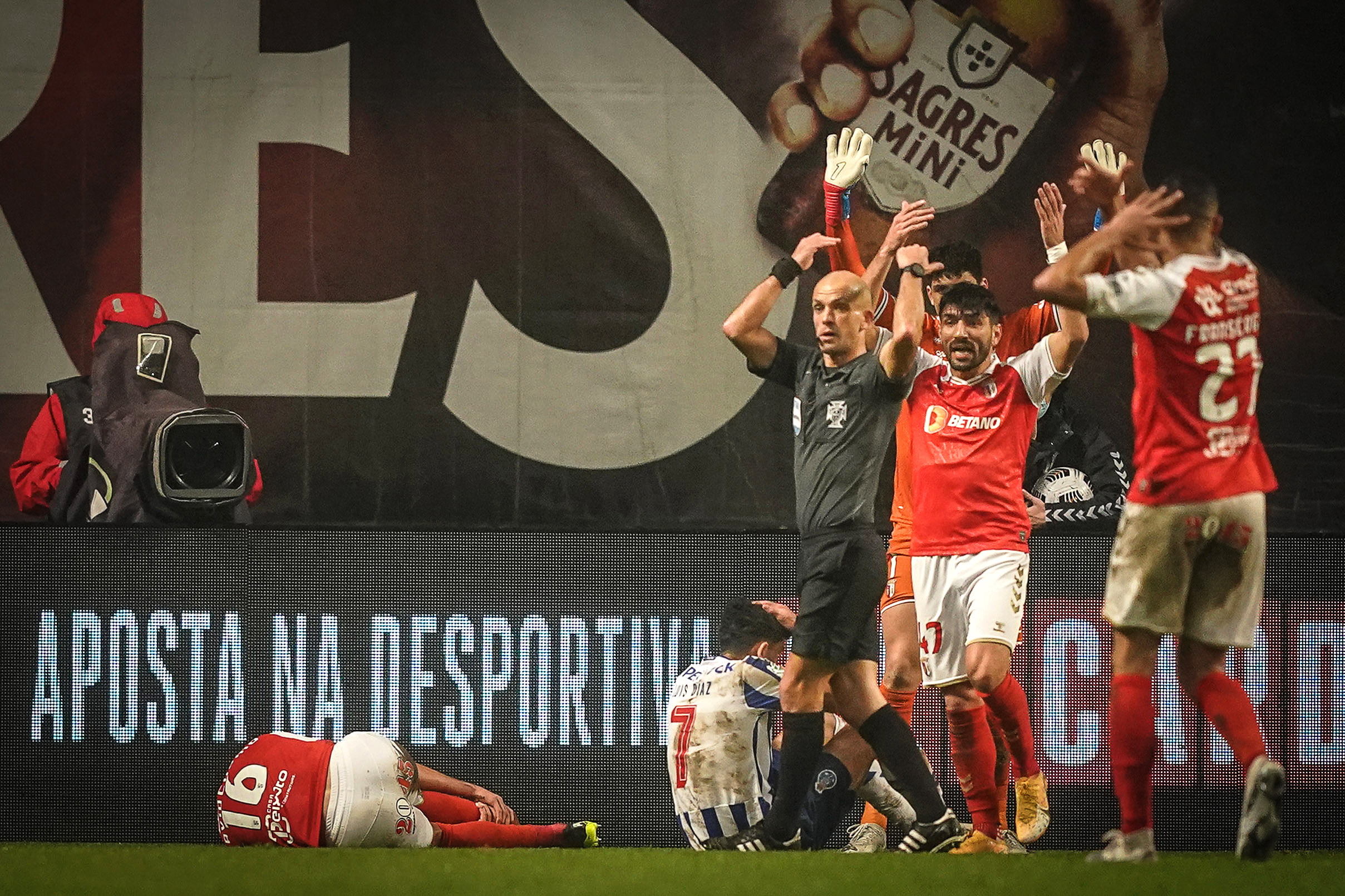 With Braga already 1-0 down, the defender, 21, threw himself at the ball to prevent Luis Diaz doubling Porto’s lead.

With Carmo – dubbed the ‘next Virgil van Dijk’ – stricken on the turf, players from both sides rapidly gestured for help after realising the extent of the injury.

After consulting VAR, Diaz was shown a red card after replays revealed he caught Carmo high on the ankle with an horrific lunge.

The ambulance was called onto the pitch to take Carmo, also a transfer target for Manchester United, away for treatment following a lengthy delay.

But as the vehicle went to drive off, it broke down, forcing both Porto and Braga stars to push it off, leaving deep tyre marks on the pitch in its wake.

From then on, Porto were clinging on with just ten men.

And were dealt a blow after the fourth official signalled for 12 MINUTES of added time, due to Carmo’s injury.

Players pushed the ambulance off the pitch after it broke downCredit: Twitter 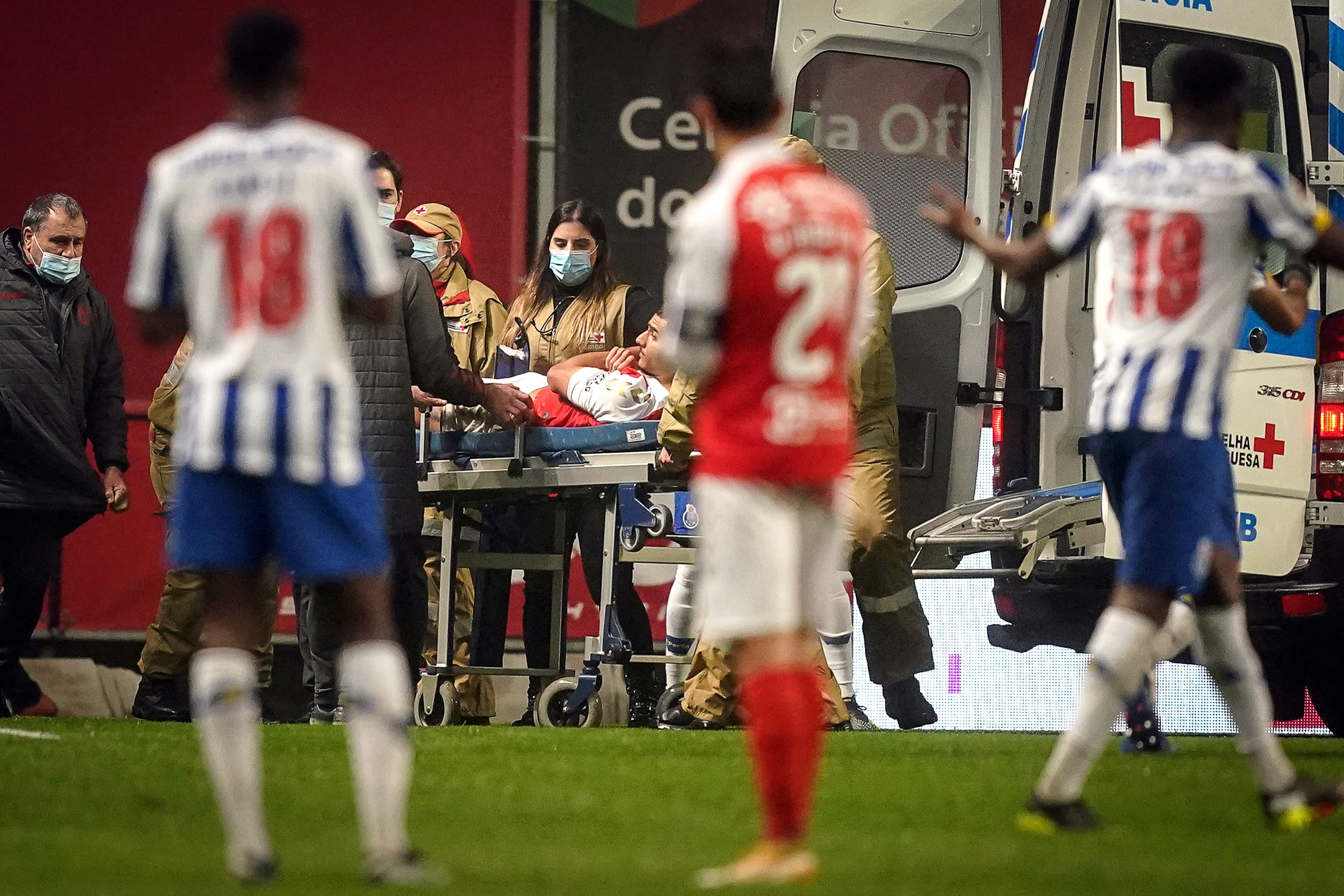 Carmo was placed on a stretcher and put in an ambulance after being caught high on the ankleCredit: EPA

In that time, Mateus Uribe was sent off for a disgusting lunge of his own, leaving Porto with just nine.

And Braga made them pay by scoring in the 12th and final minute of time added on.

The second leg will be played at Porto on March 3.

The Brazilian appeared to hurt his left groin, with the knock coming just six days before their Champions League showdown with Barcelona.