NIALL McGINN scored a sensational half-volley for Northern Ireland in their friendly against the US – but it wasn’t enough as they fell to a 2-1 defeat.

The Aberdeen forward’s stunning effort was in vain in the loss, with Chelsea’s Christian Pulisic scoring the deciding goal for the Americans. 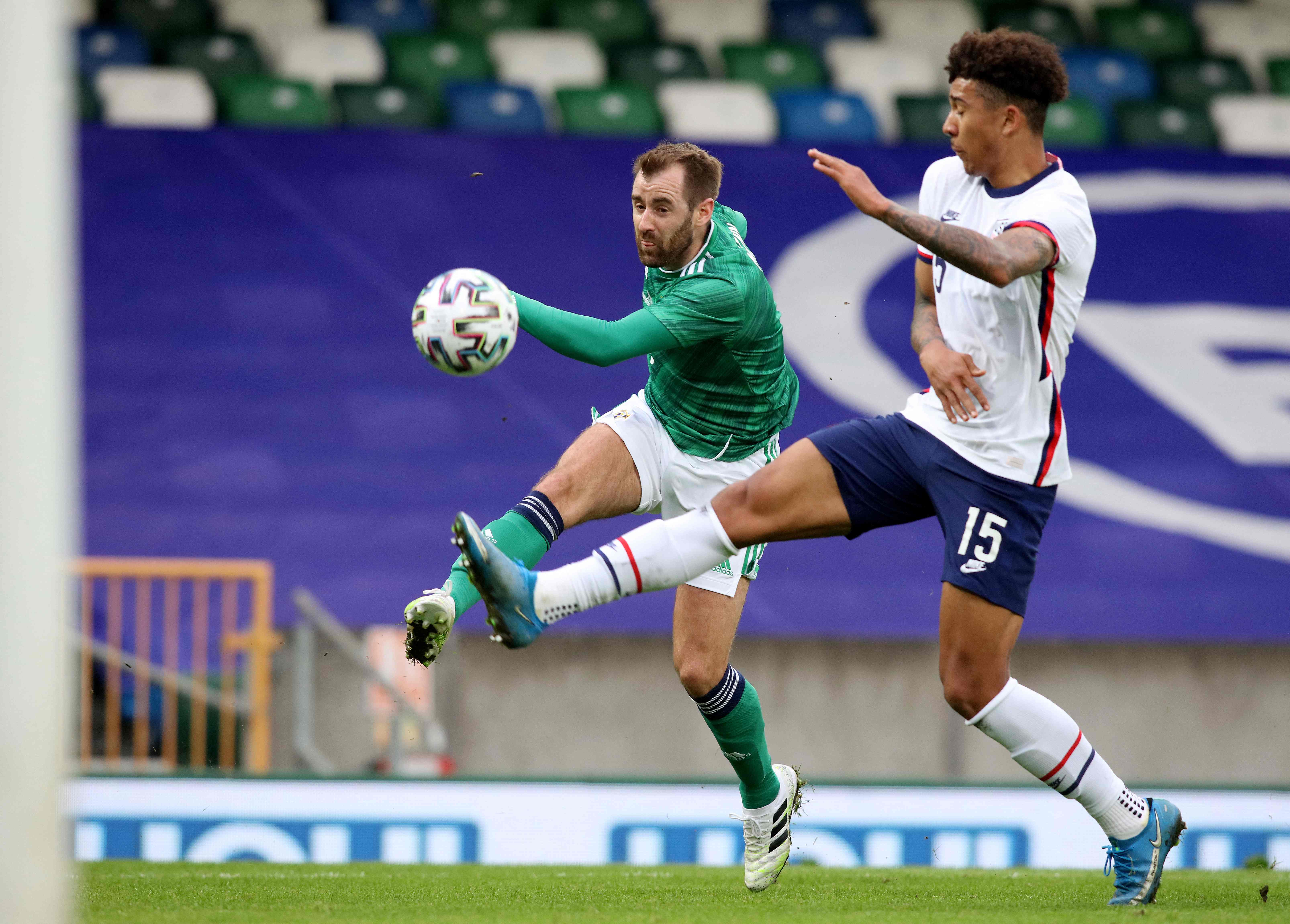 Niall McGinn scored a stunning goal – but it wasn’t enough as Northern Ireland lost to the USCredit: AFP 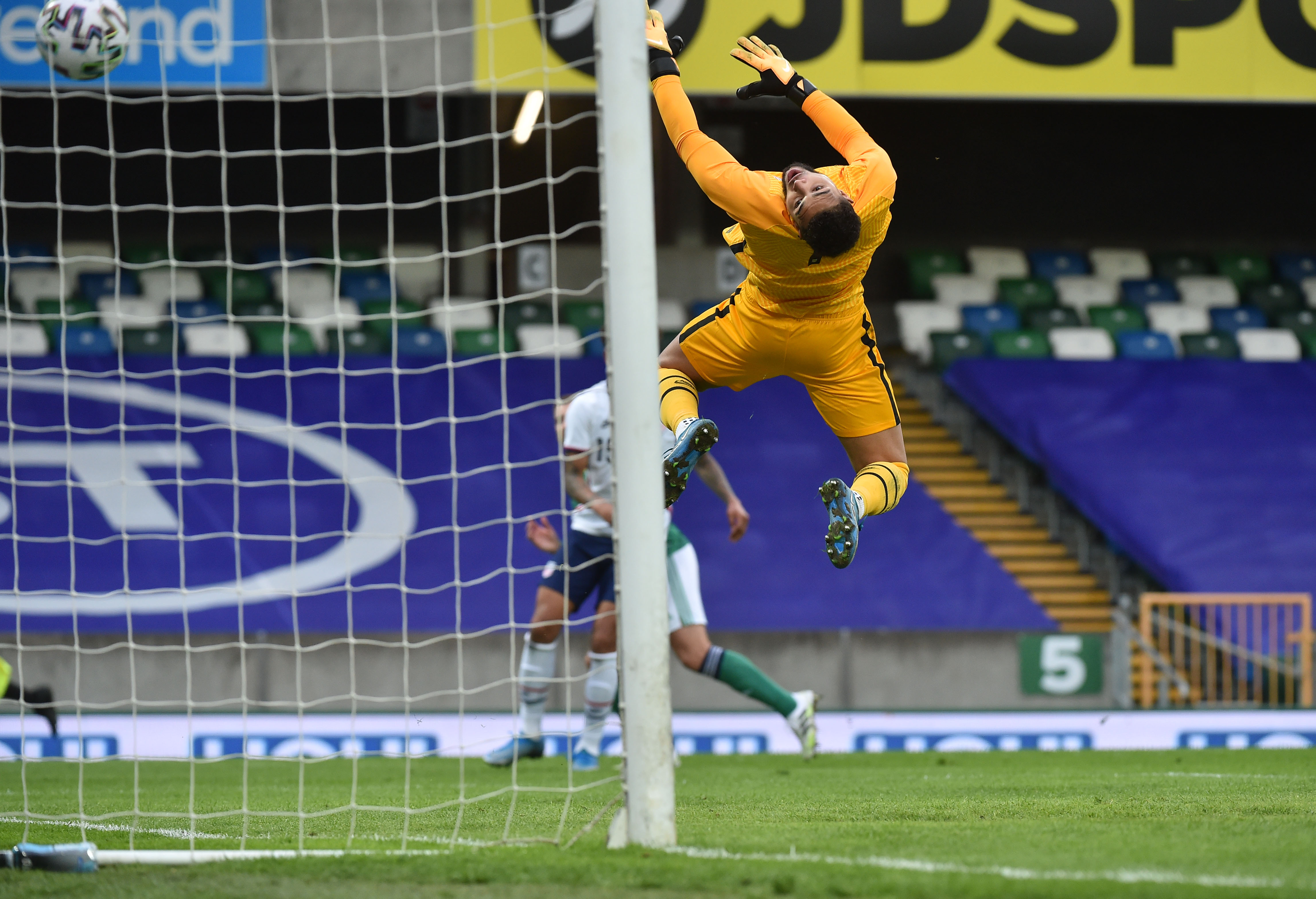 Losing 2-0 with less than three minutes remaining in the match, Northern Ireland tried to pull one back with a long ball forward.

After the ball flicked off an American defender, Kyle Lafferty failed to control it.

The loose ball dropped perfectly in front of McGinn, running in front the right, who unleashed a fierce strike at Zack Steffen.

The Manchester City goalkeeper did his best stop the 33-year-old’s effort, but he never had a chance.

McGinn and his colleagues raced back to their half to get the game restarted and chase an equaliser, but the Americans held on.

Goals from Giovanni Reyna and a penalty from Pulisic proved to be enough for the visitors in Belfast. 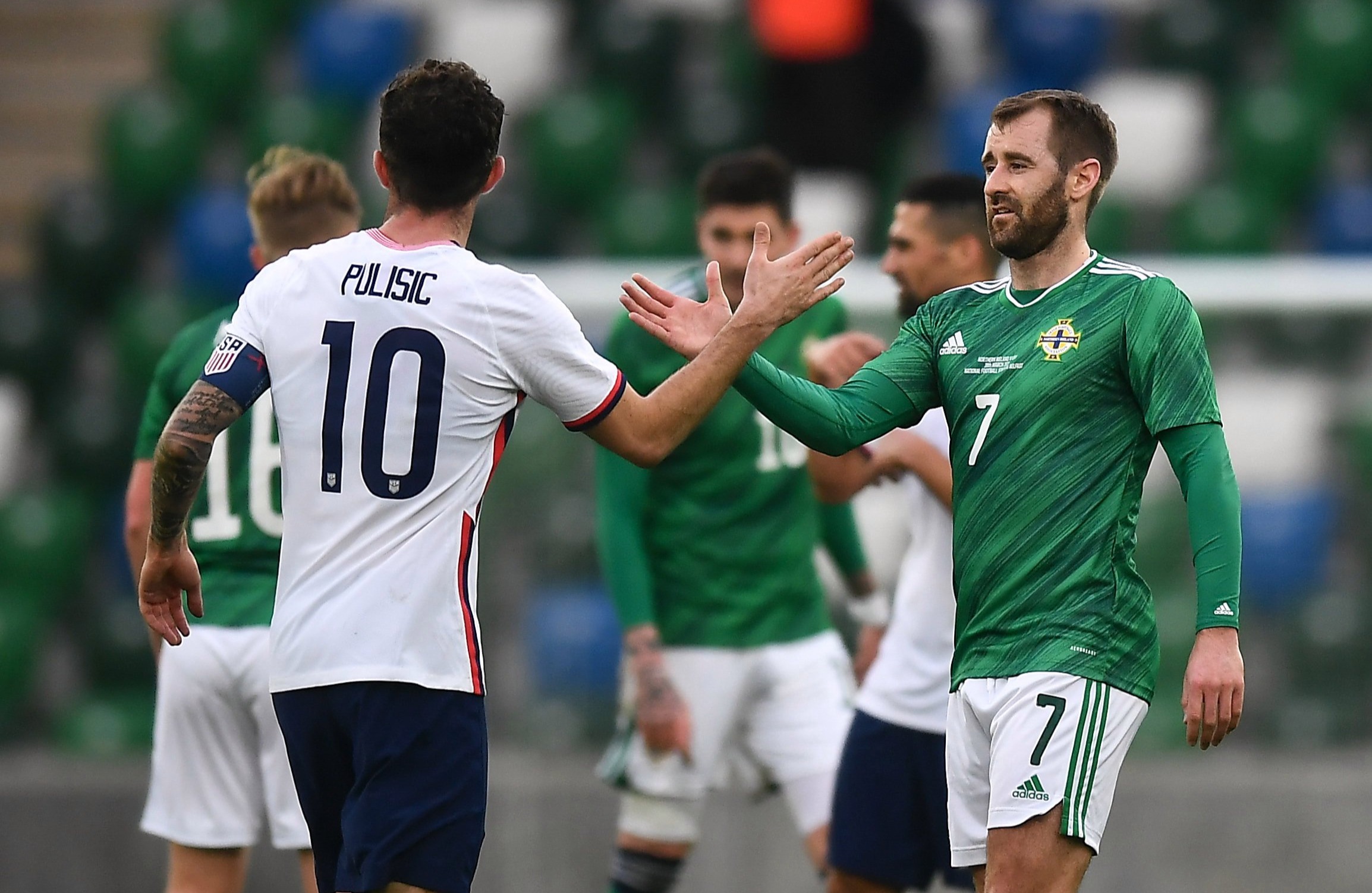 Chelsea’s Pulisic, who also scored, congratulates McGinn at the end of the matchCredit: Sportsfile

The 22-year-old Chelsea star had an excellent day at the office, winning and converting the spot-kick in the 59th minute.

He became the 13th man to score 15 senior goals for the USMNT with that effort.

Also on show at Windsor Park was Sergino Dest, a 22-year-old right back who has featured heavily for Barcelona this season.

The Americans are looking good ahead of next year’s World Cup, with Juventus star Weston McKennie also part of their impressive squad.

Line of Duty series 6: A timeline of Ryan Pilkington’s journey so far