NEYMAR was embroiled in a tunnel bust-up with Lille’s Tiago Djalo after BOTH players were sent-off in Ligue 1’s top of the table clash.

The PSG star received his marching orders in stoppage time after picking up a second yellow card for shoving Lille defender Djalo following a physical tackle. 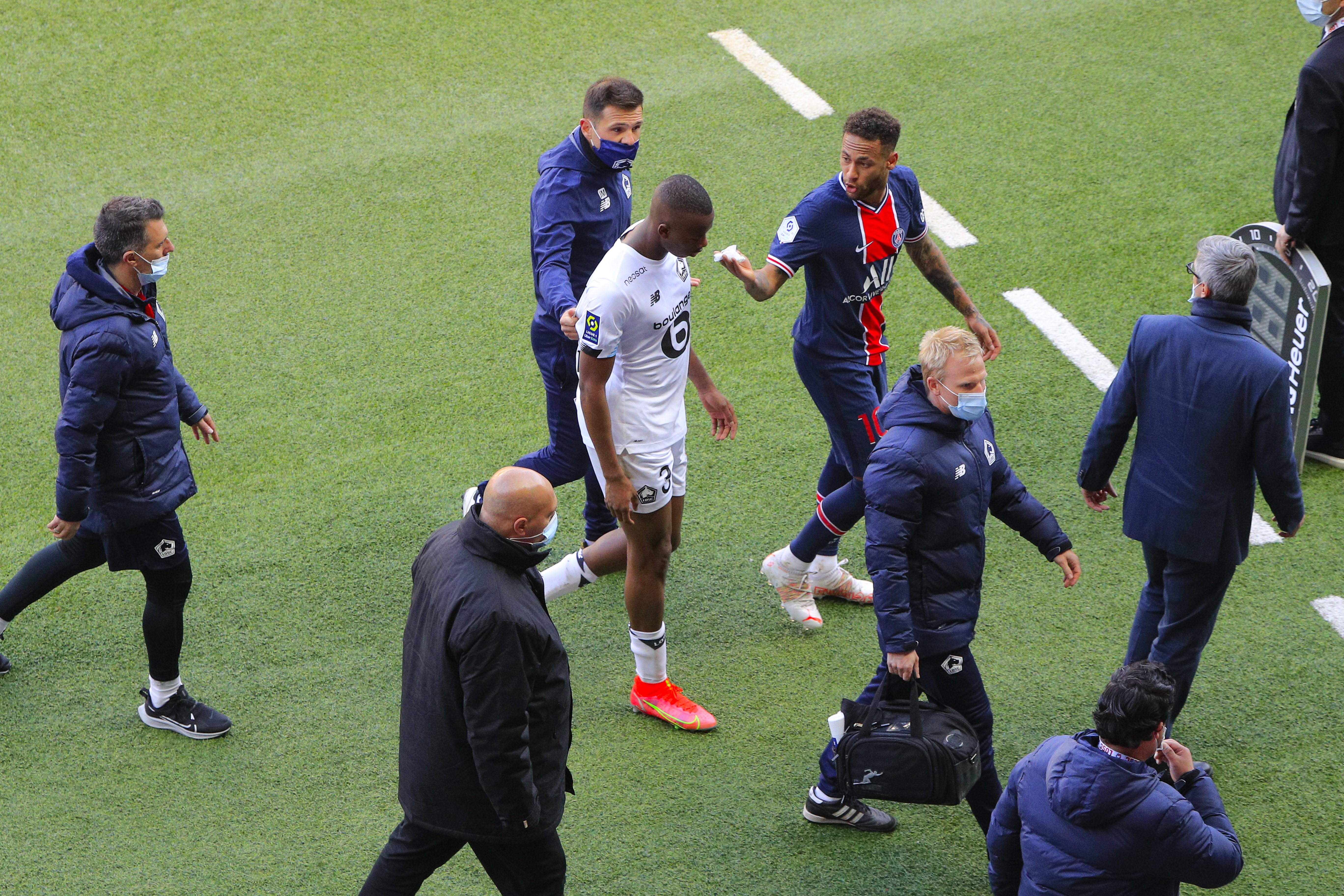 Neymar continued to rage at Lille defender Tiago Djalo after both were sent packingCredit: The Mega Agency 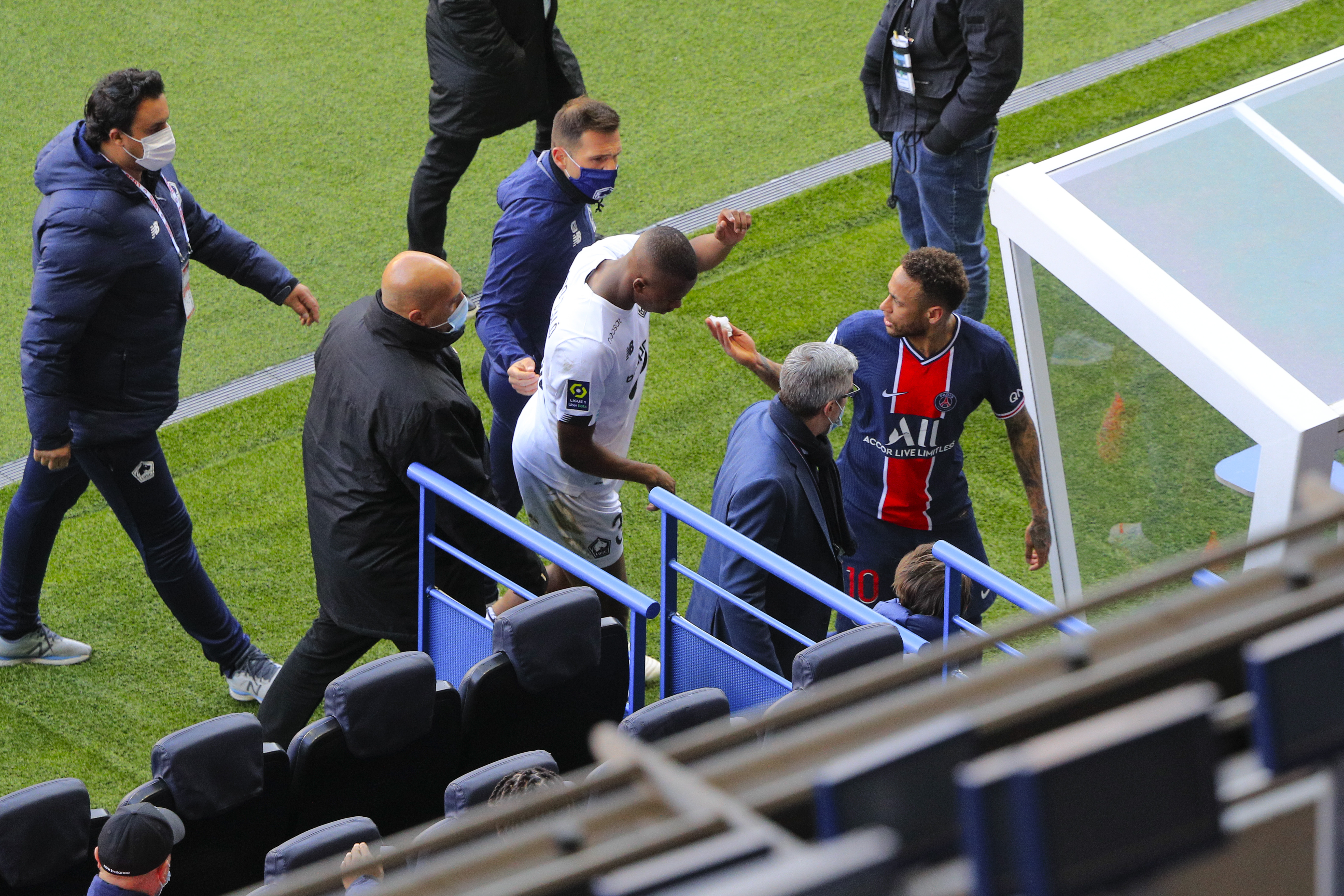 Neymar and Djalo continued gesticulating angrily as they headed down the tunnelCredit: The Mega Agency 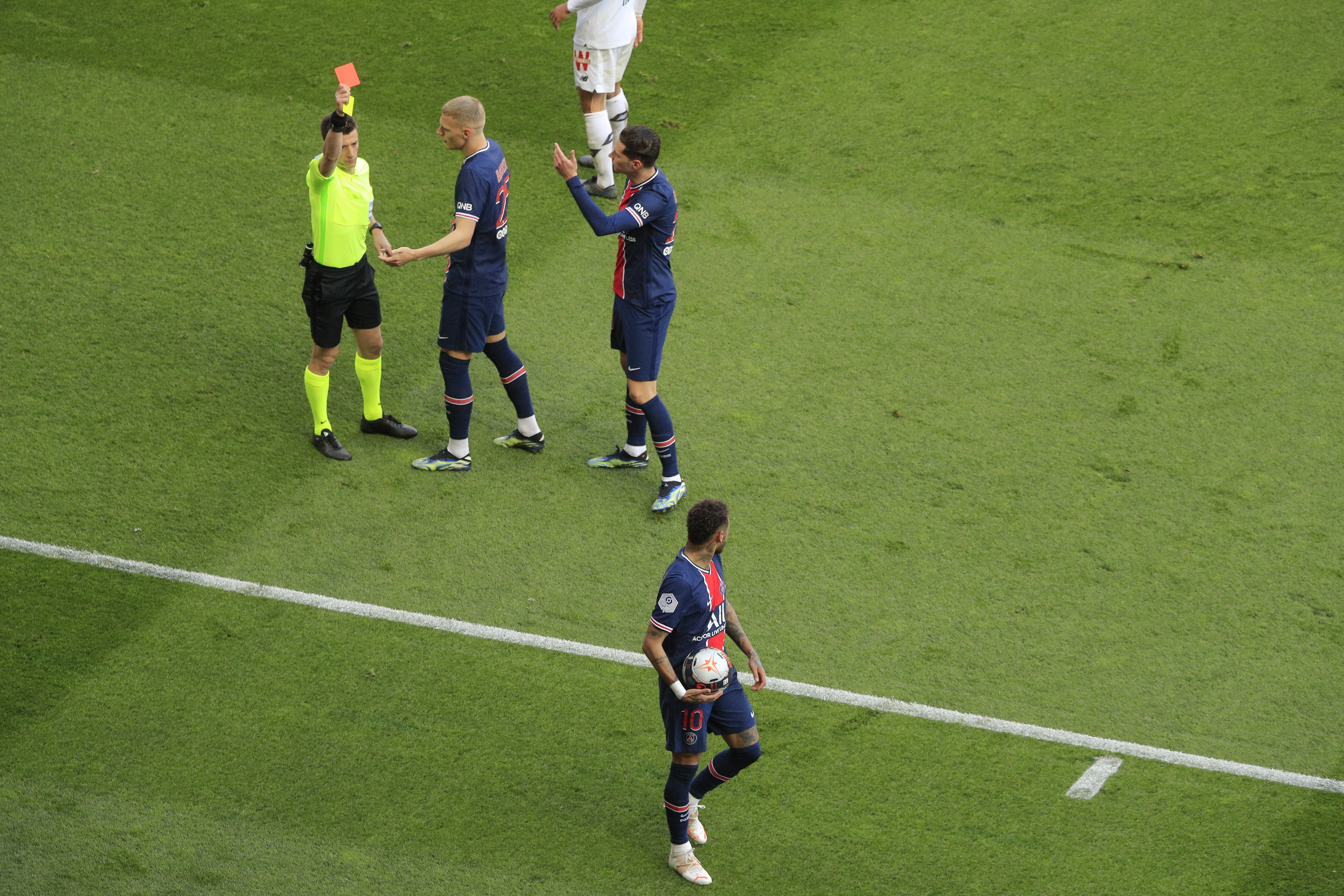 Neymar was dismissed after the shove earned him a second yellowCredit: The Mega Agency

Djalo was also sent packing for reacting with a foul-mouthed tirade directed at the Brazilian.

And the pair’s war of words turned physical with a bit of argy bargy as they headed down the tunnel.

The two players had to be separated as the flare-up continued until they headed to their respective changing rooms.

Neymar aimed a swipe at the 20-year-old but officials got in the way to restrain the duo before things boiled over completely.

The youngster sent one of the peacemakers flying to the ground as he tried to get back at Neymar as emotions ran high in what was a crucial fixture.

Lille won the game 1-0 to leapfrog Maurico Pochettino‘s side at the top of the table.

Jonathan David proved to be the match-winner as he found the back of the net to defeat the reigning French champions.

The Canada striker’s first half goal put Lille three points ahead of PSG on 66 points with seven games remaining.

Neymar picked up his second suspension of the season after he was red-carded for punching Marseille’s Alvaro Gonzalez in September.

The former Barcelona man was making his first start since February but will now have an enforced spell on the sidelines.

Neymar has played just 12 league matches this season due to fitness struggles and ill-discipline.