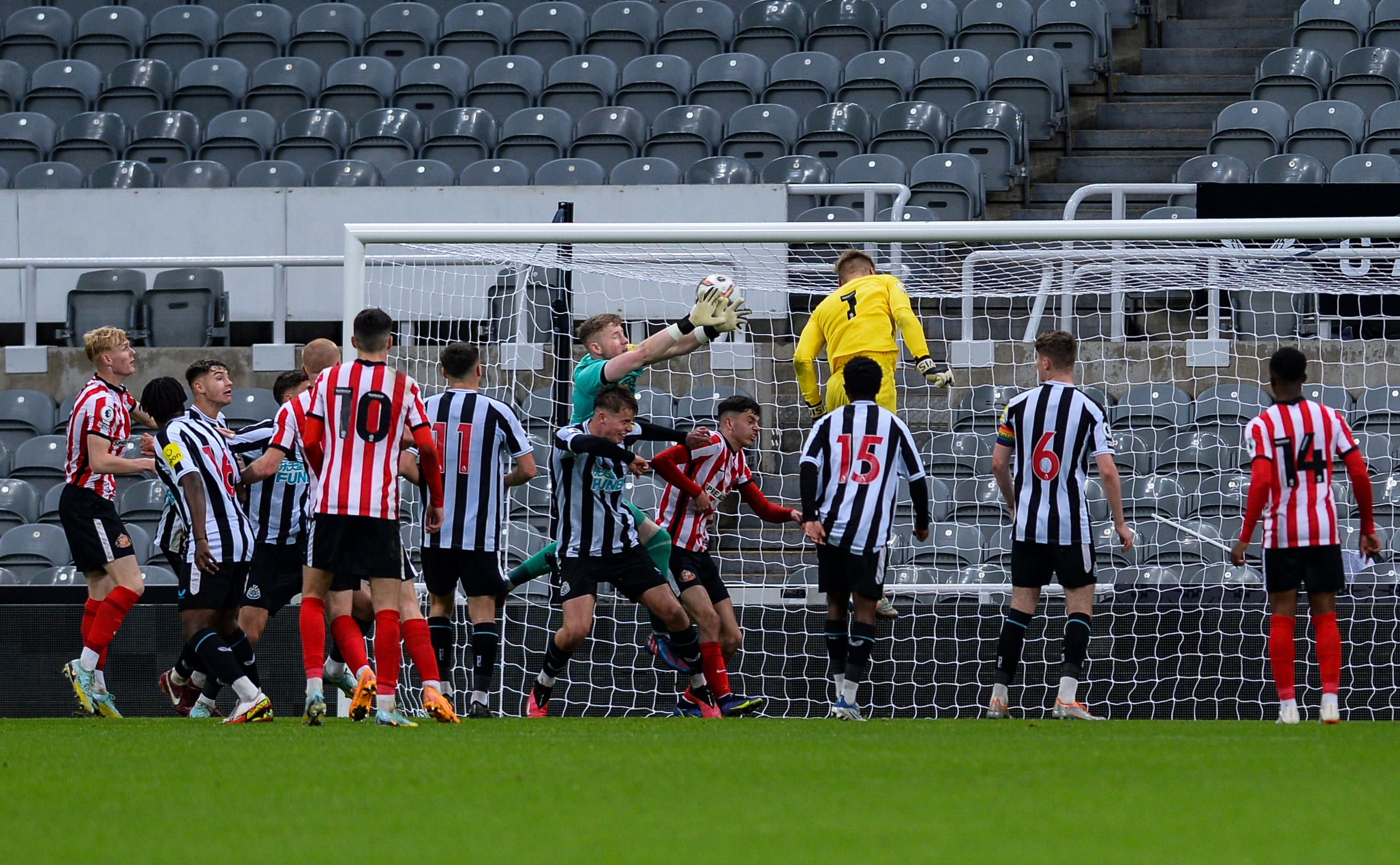 Bass headed against the post from the last-gasp cornerCredit: Getty 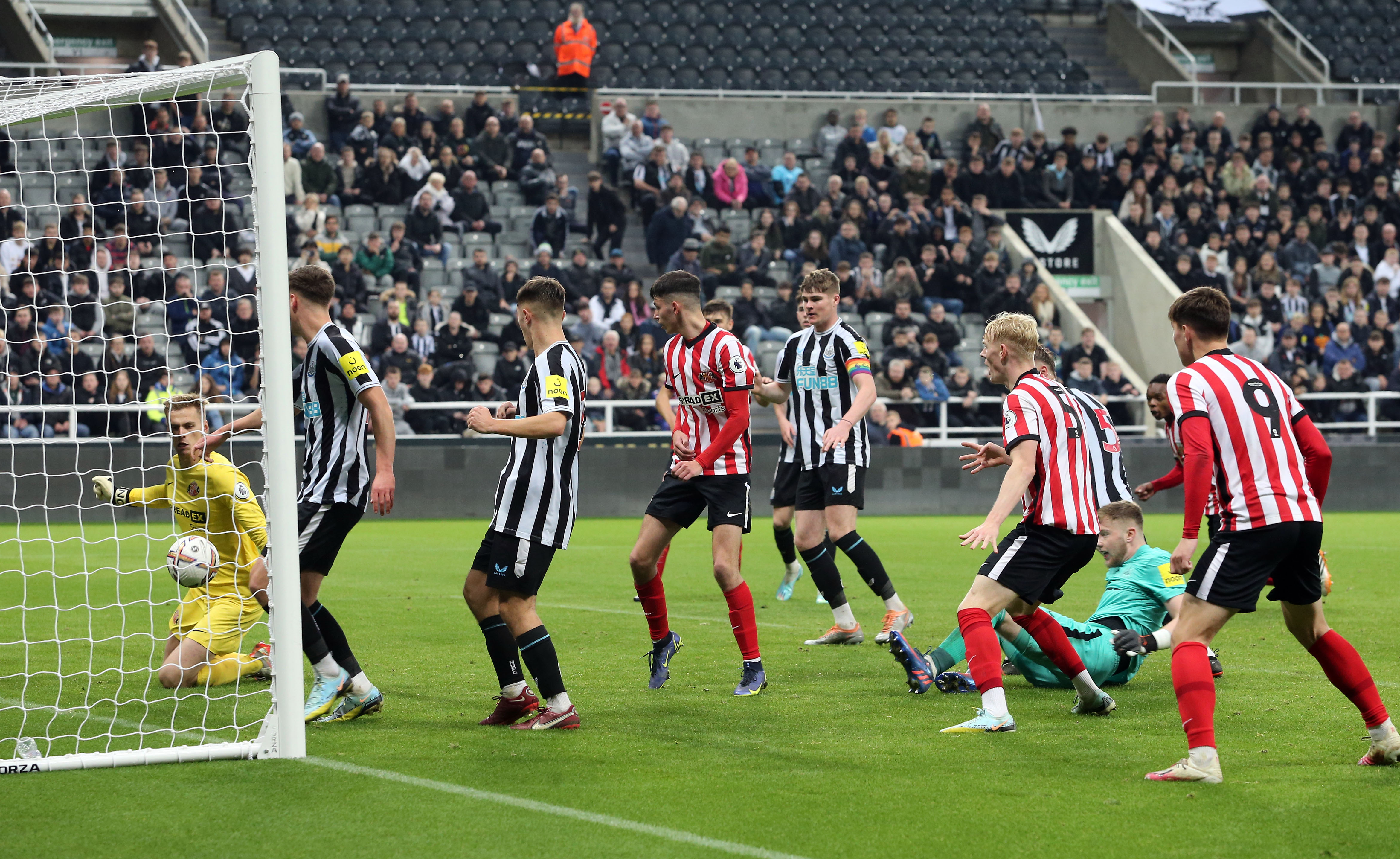 The keeper then bundled in the rebound, later admitting he used his handCredit: Getty 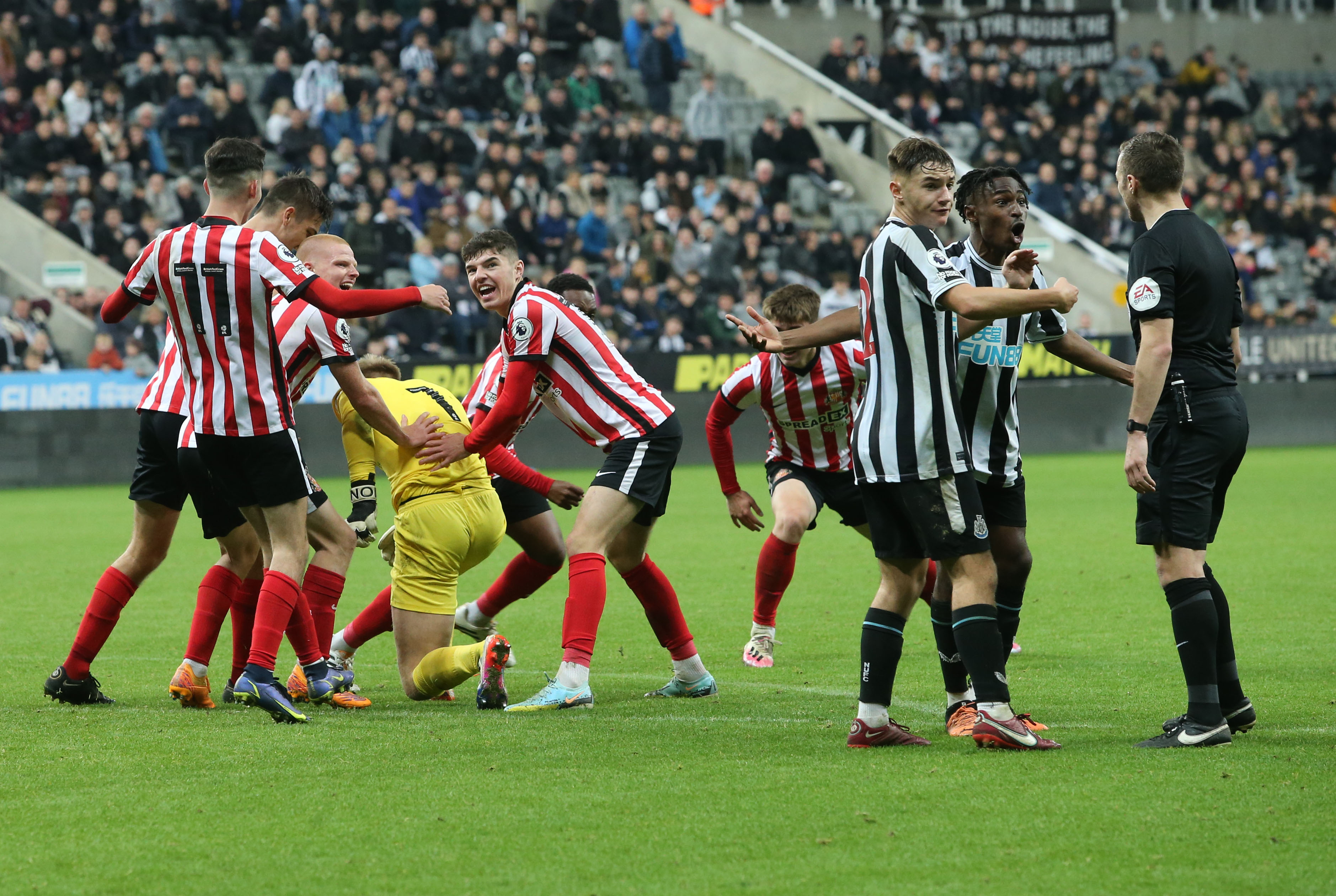 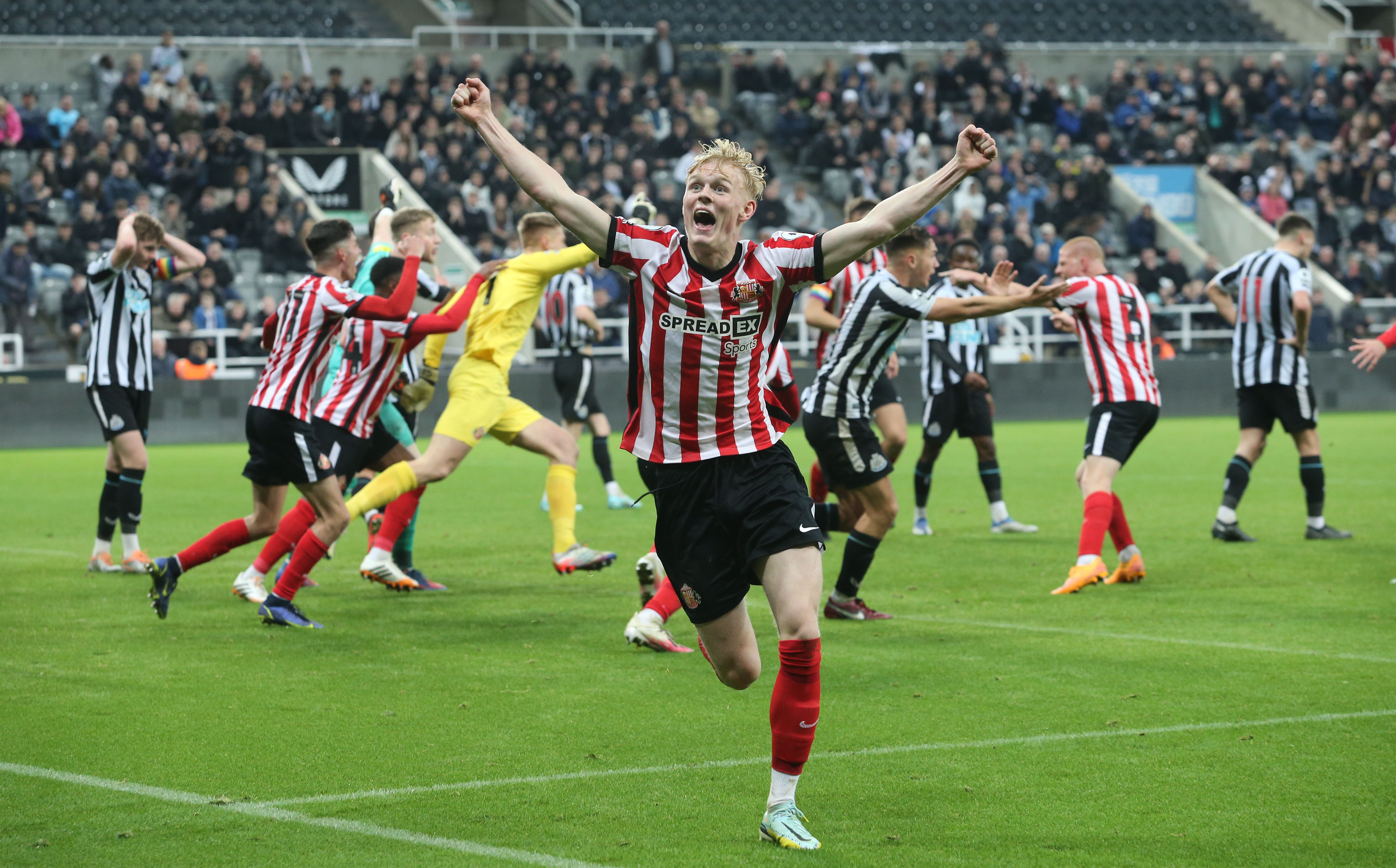 The Sunderland players celebrated wildly as they earned themselves a pointCredit: Getty

But with 11 minutes remaining the hosts saw Jay Turner-Cook sent off to hand Sunderland a lifeline.

Then in the 94th minute, Bass came up for a corner as the visitors attempted to find a last-gasp goal.

And it came from the most unlikely of sources as social media footage shows their shot-stopper heading against the post before bundling in the rebound.

Jubilant scenes ensued among the Black Cats’ U23s team, although Bass revealed after the match that he handled the ball into the net and was expecting the goal to be disallowed. 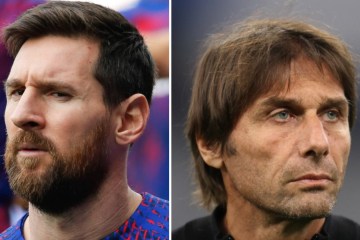 Speaking to the Sunderland Echo, he said: “I didn’t really know what to do to be honest.

“I have to admit I did handball it so didn’t think it was going to be given. I’ve headed it onto the post and kind of fallen over and scooped it in.

“I was kind of running off in a little bit of shame and then all the boys came over and the ref has given it.”

Moments after Bass scored the late equaliser, he then made a save at the other end to preserve the point for Sunderland.

But he admits after the goal went in that the final moments of the match were all a bit of a blur.

He added: “I don’t really remember doing a lot else other than running back to my goal.

“My main job is a goalkeeper and to keep the ball out of the back of the net was really important for me to keep the point.” 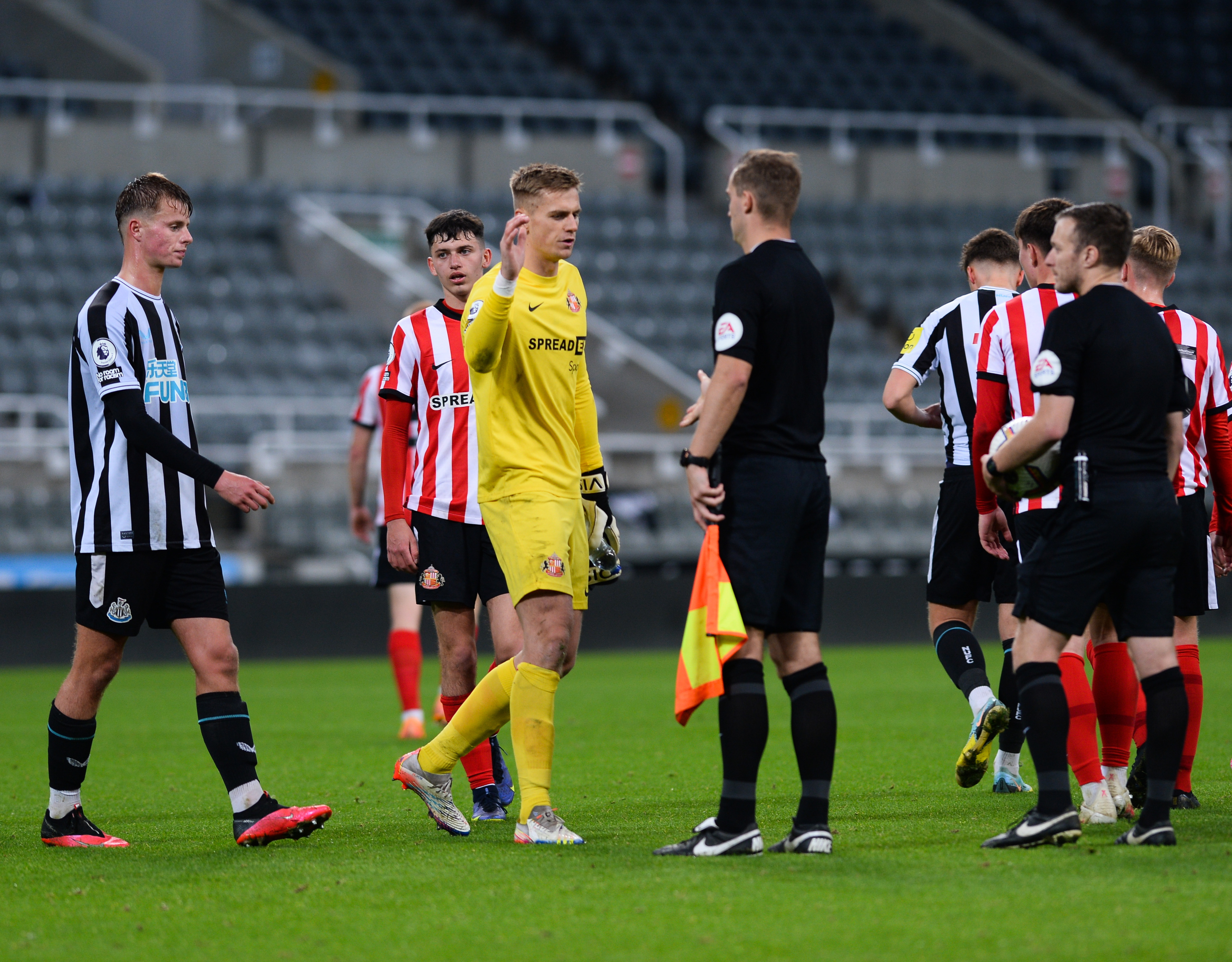 Bass then made a save after scoring the equaliser to ensure Sunderland held onCredit: Getty