The Manchester City fan was tucking into his dinner when the Belgian playmaker broke the deadlock after just 94 seconds into Tuesday’s Champions League semi-final first leg. 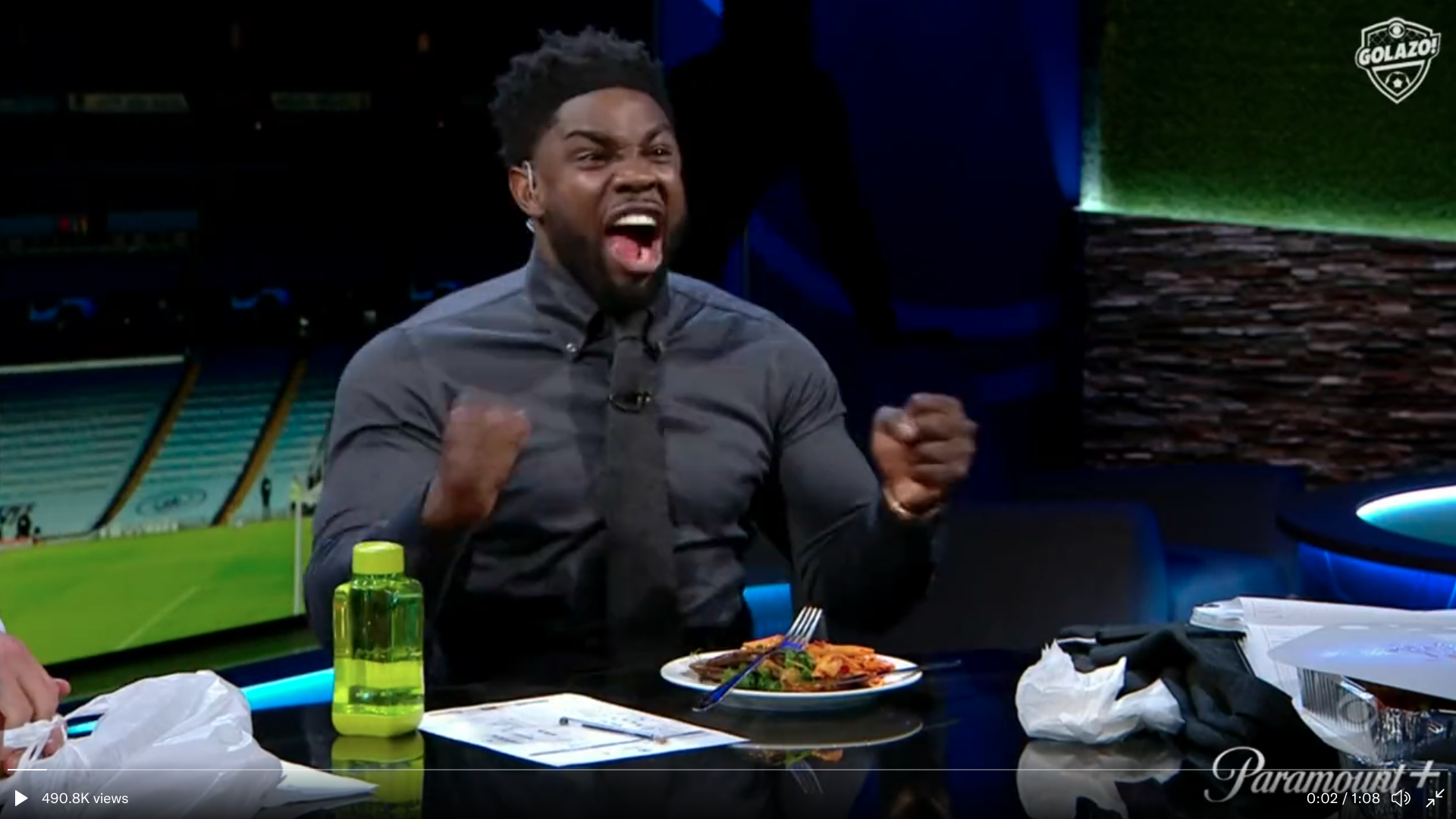 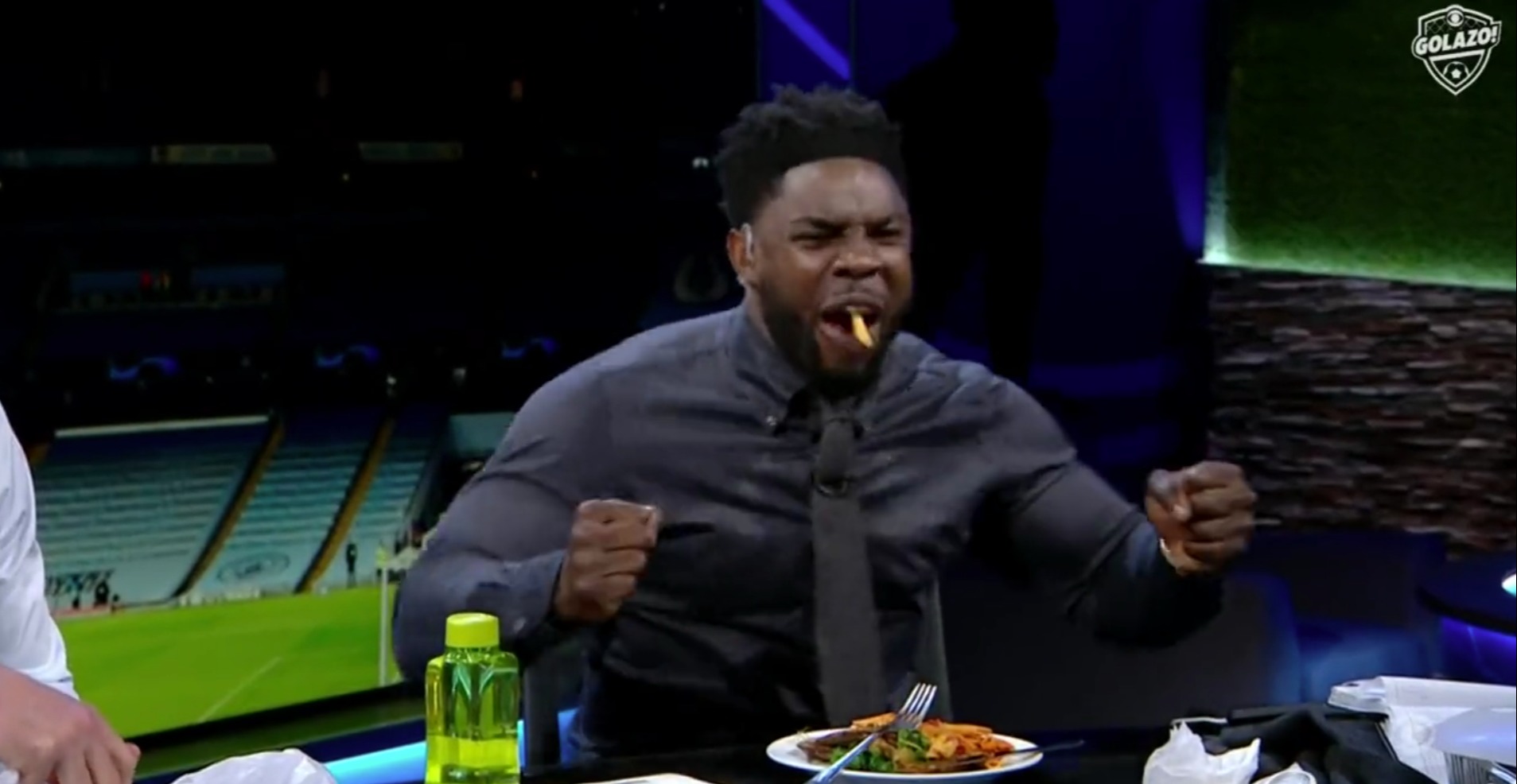 Richards almost then spat out his food after cheering the strike in the CBS Sports studioCredit: Twitter: @CBSSportsGolazo

De Bruyne’s early header in the enthralling 4-3 win at the Etihad sent Richards into pandemonium in the CBS Sports studio.

Cameras picked up the former Citizens right-back calmly eating his food, before wildly celebrating – resulting in him almost having pasta fly out of his mouth.

But he managed to catch it with his mouth before coolly styling it out and swallowing it, with colleague Carragher jokingly analysing the incident live on air.

In footage shared by CBS, Carragher quipped: “Listen, this has to be analysed. 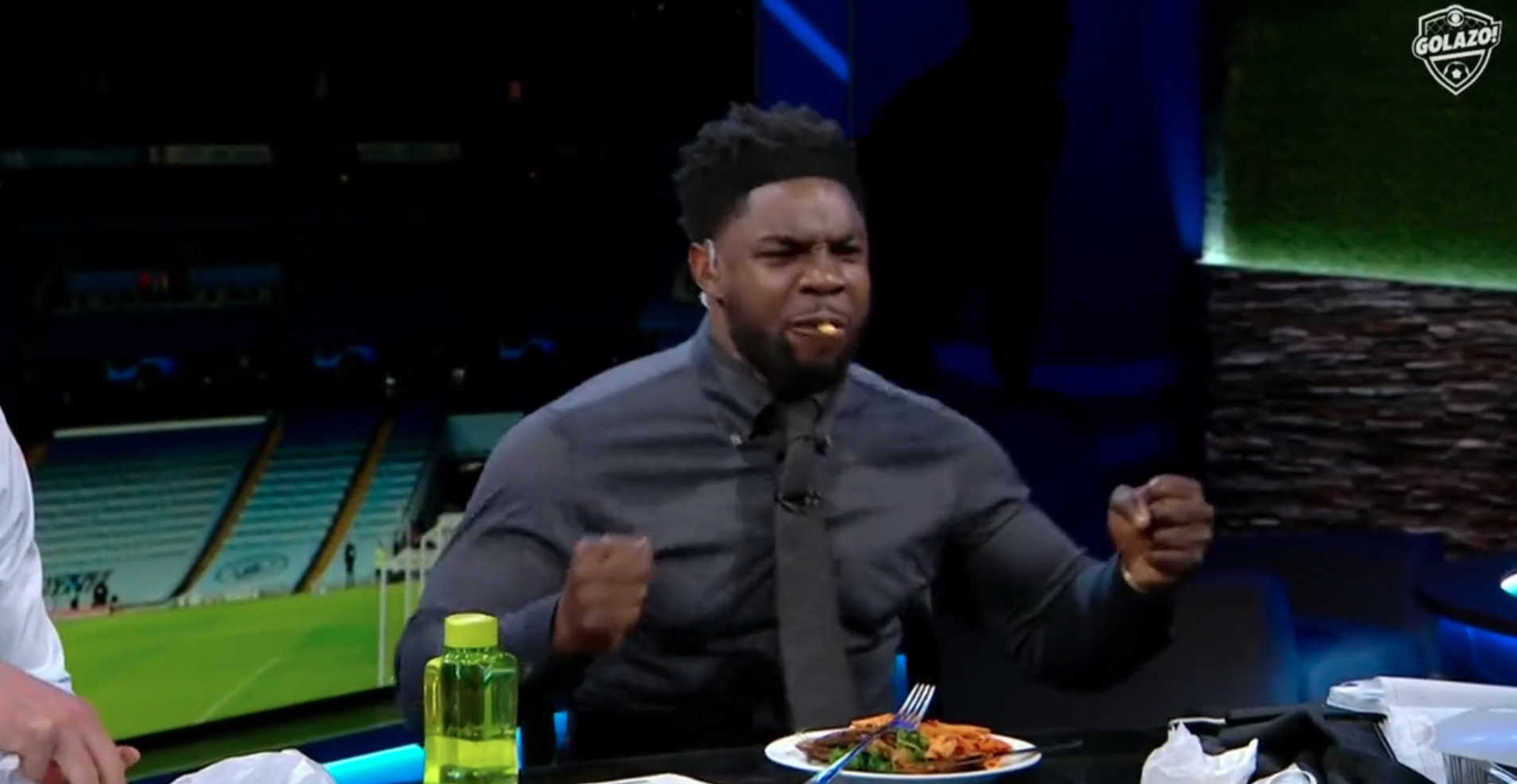 Richards quickly caught the pasta before it flew out his mouth where he styled it outCredit: Twitter: @CBSSportsGolazo 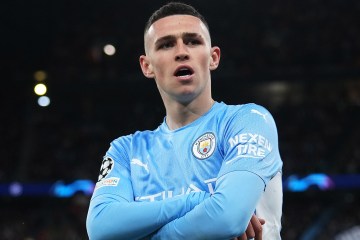 “When you talk about some of the technicians that we have had on show today – [Toni] Kroos, [Luka] Modric, [Bernardo] Silva, Kevin De Bruyne.

“No-one produced a better first touch and control of a situation than Micah Richards with the pasta.

“Look at this, he thinks he’s lost it, miscontrolled it, but then look at this. Forget your Luka Modric, we’ve got Micah!”

As well as Richards, fellow pundit Thierry Henry and host Kate Abdo were sent into hysterics over Carragher’s brilliant run down.

Fans were treated to one of the Champions League’s greatest semi-finals on Tuesday night, which saw City race into a 2-0 lead thanks to goals from De Bruyne and Gabriel Jesus.

Karim Benzema then expertly pulled a goal back just after the half hour mark, with Phil Foden restoring City’s two-goal lead in the 53rd minute.

But Benzema once again dragged Real back into the tie as he chipped home a penalty in the 82nd minute.

Put a spring in your step with these adorable pastel trainers