ATLETICO MADRID’S title defence began with a bang this afternoon against Celta Vigo – as TWO players were sent off in the match’s closing stages.

Diego Simeone’s side fought to a 2-1 victory at Estadio de Balaidos.

It’s ALL kicked off at Balaidos! 👀

Red cards for Hugo Mallo and Mario Hermoso with Luis Suarez on the ground in the thick of the chaos! 😱 pic.twitter.com/BB5bvxPEEH 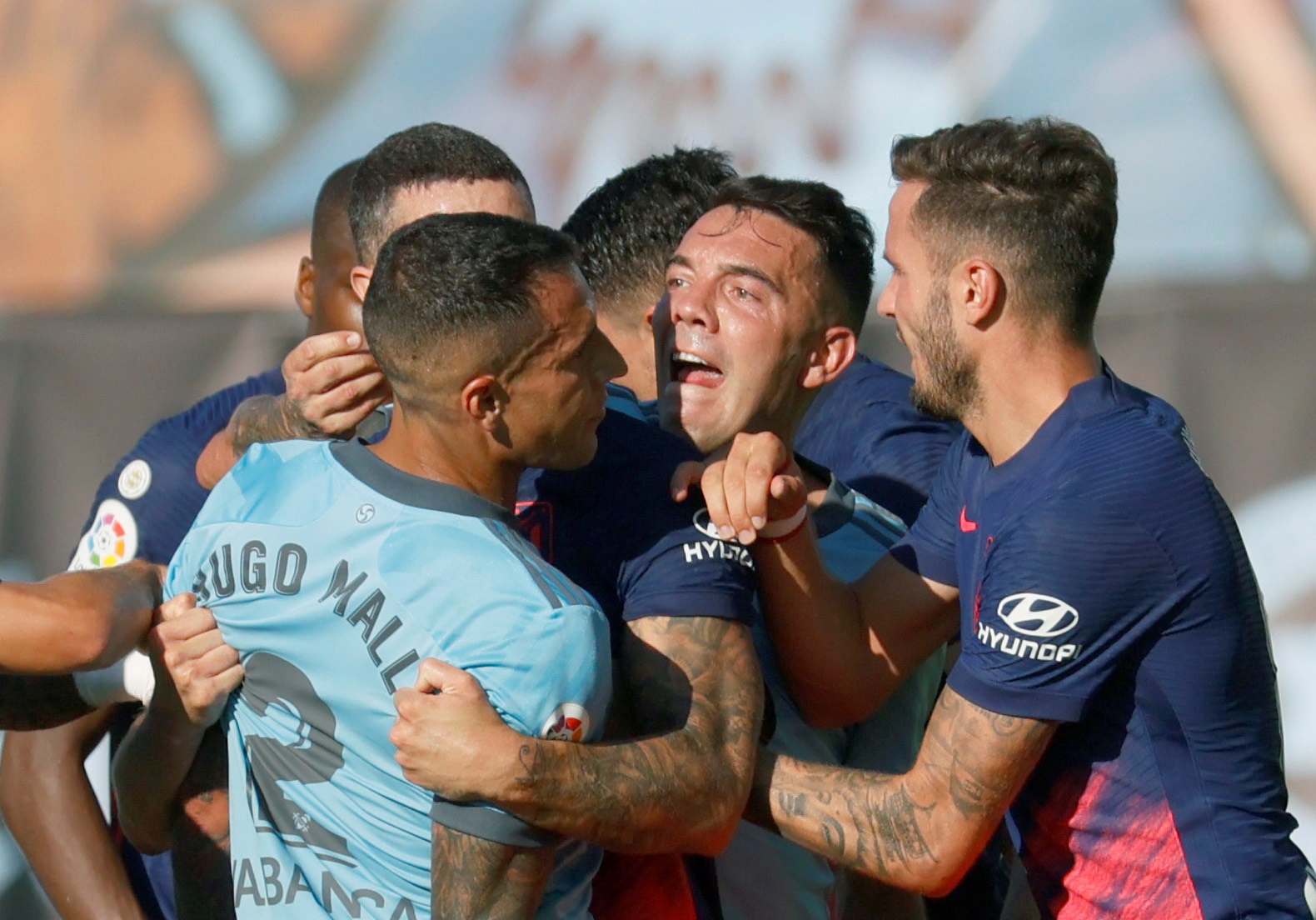 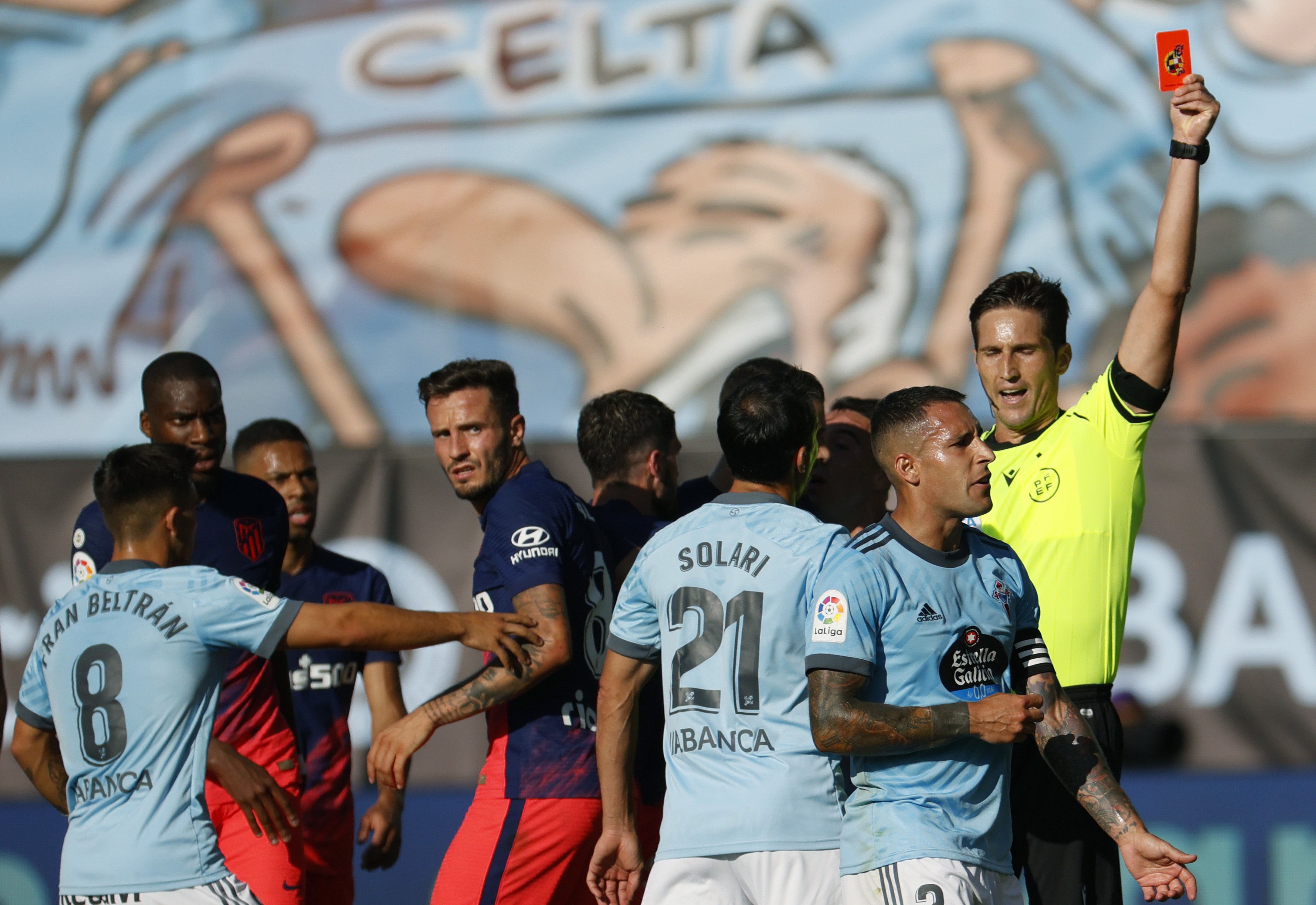 But the game will be most remembered for the late scrap between the two sets of players.

Angel Correa’s double either side of Iago Aspas’ leveller had the champions in front.

Luis Suarez, who had started the game on the bench, came on to help his side see out the game – and the Uruguayan was in the thick of the action late on.

His pass sent Yannick Carrasco through deep into stoppage time.

But when the Belgian failed to score, it was noticed that Suarez was lying in a heap on the halfway line clutching his ankle.

Replays showed that the 34-year-old had been caught by a late stamp by Celta star Hugo Mallo. 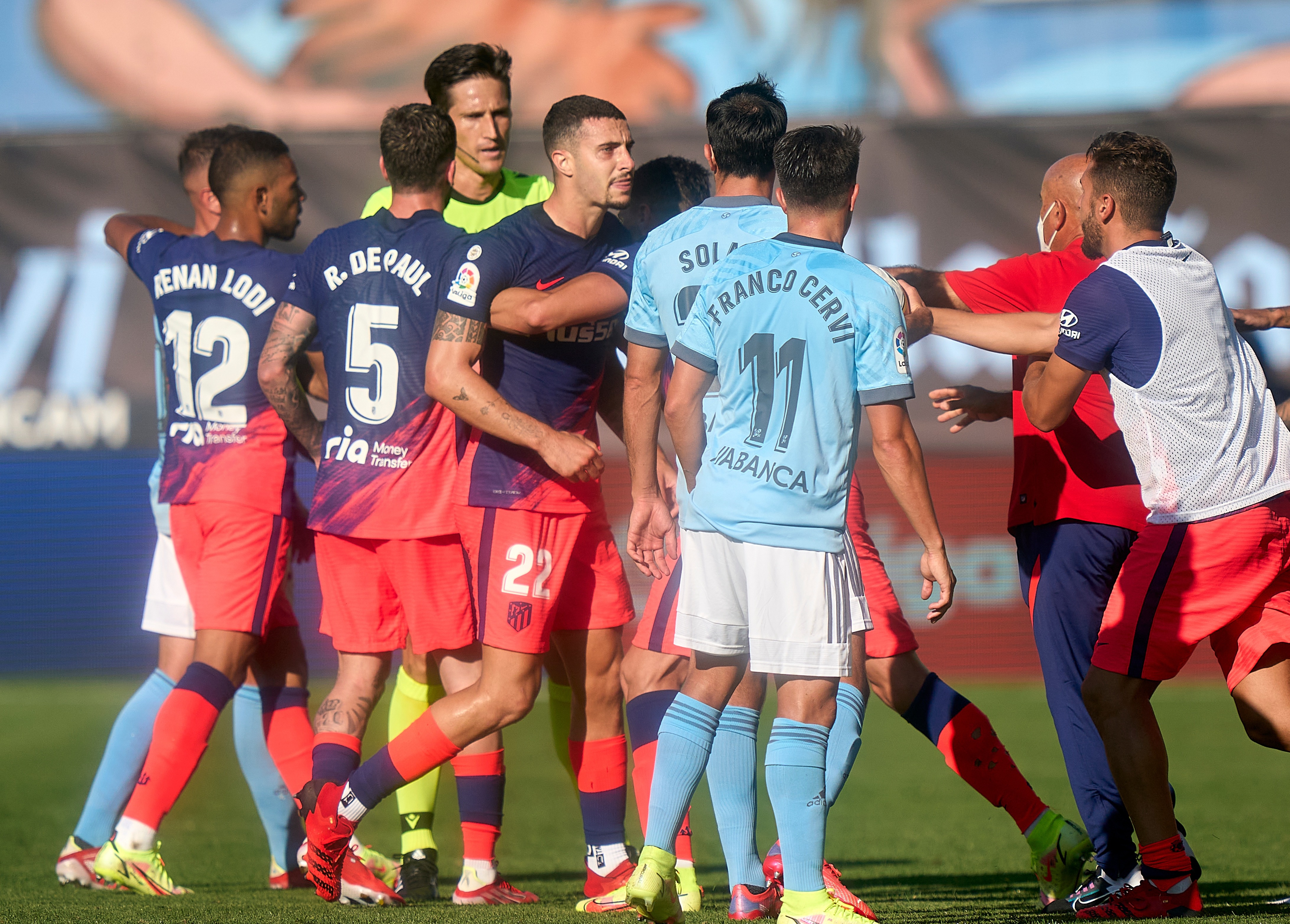 The match threatened to boil over late onCredit: Getty

As the hosts tried to find an equaliser on the counter attack, Atletico’s bench fiercely appealed for the game to be stopped so that Suarez could receive treatment.

To the ire of the home support, and players, the ref did just that – only for Suarez to immediately get up.

He hobbled over towards Mallo, to shout back at the angry Celta defender.

Suarez then comically threw himself back to the ground, riling up Mallo even more.

The 30-year-old, already booked for the initial tackle, quickly received his marching orders for trying to get to Suarez on the ground.

In the melee that followed Mario Hermoso briefly appeared to grab hold of Mallo’s throat, leading to his swift dismissal too.

By this point Suarez was still on the ground, reduced to a sheepish observer.

Atletico managed to see out their 2-1 win, keeping pace with their title rivals on opening weekend.

Barcelona then matched their rivals, beating Real Sociedad 4-2 in their first match post-Lionel Messi amid fan protests against Joan Laporta – and also featuring tenth minute applause for their Argentine hero. 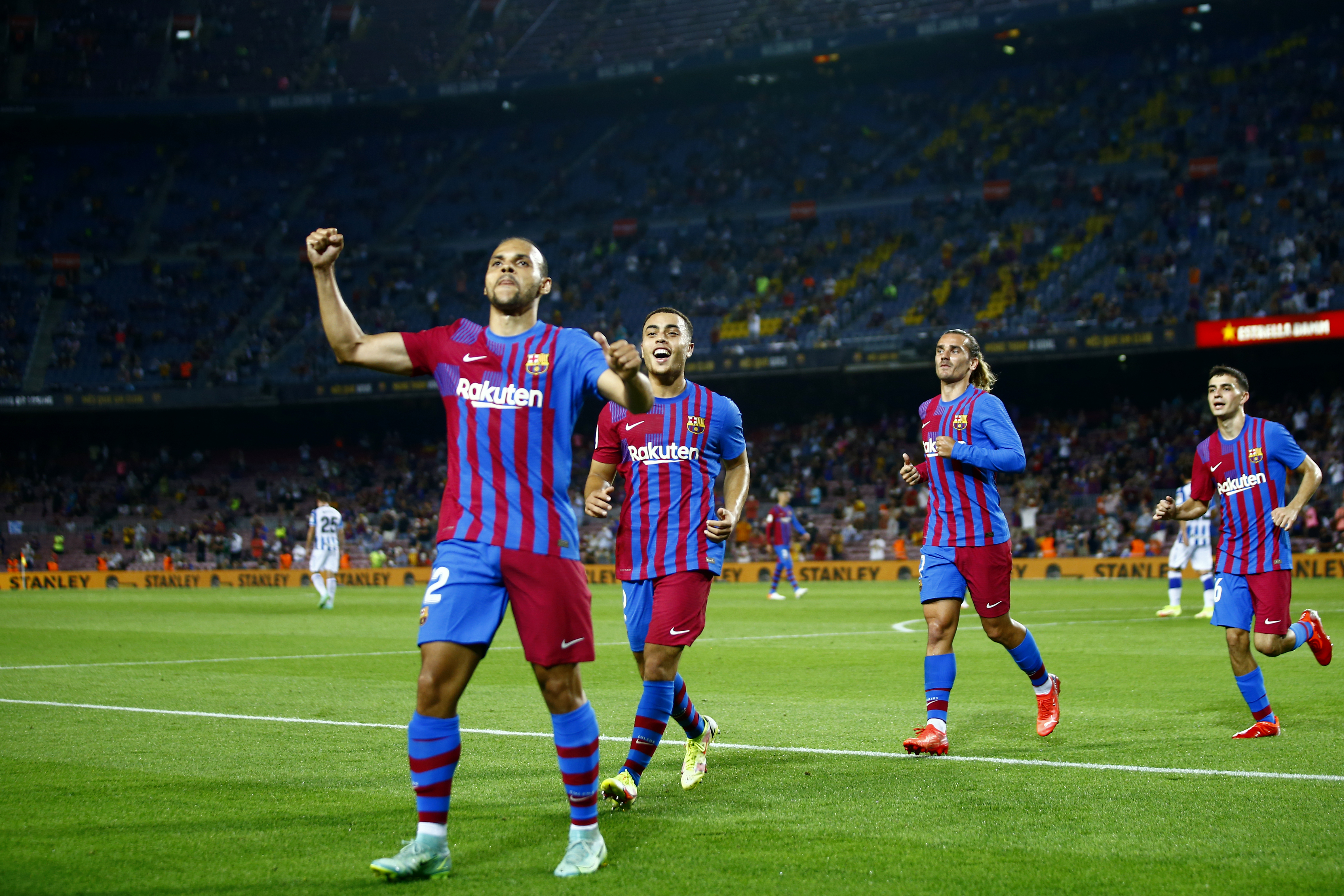 Martin Braithwaite was the unlikely hero for BarcelonaCredit: AP