HARRY MAGUIRE was booked after a furious row erupted on the stroke of half time in England’s clash in Poland.

Harry Kane has now revealed that the incident has been reported to the FA and they are set to investigate.

Harry Maguire was booked at half time after a melee between England and Poland playersCredit: Reuters 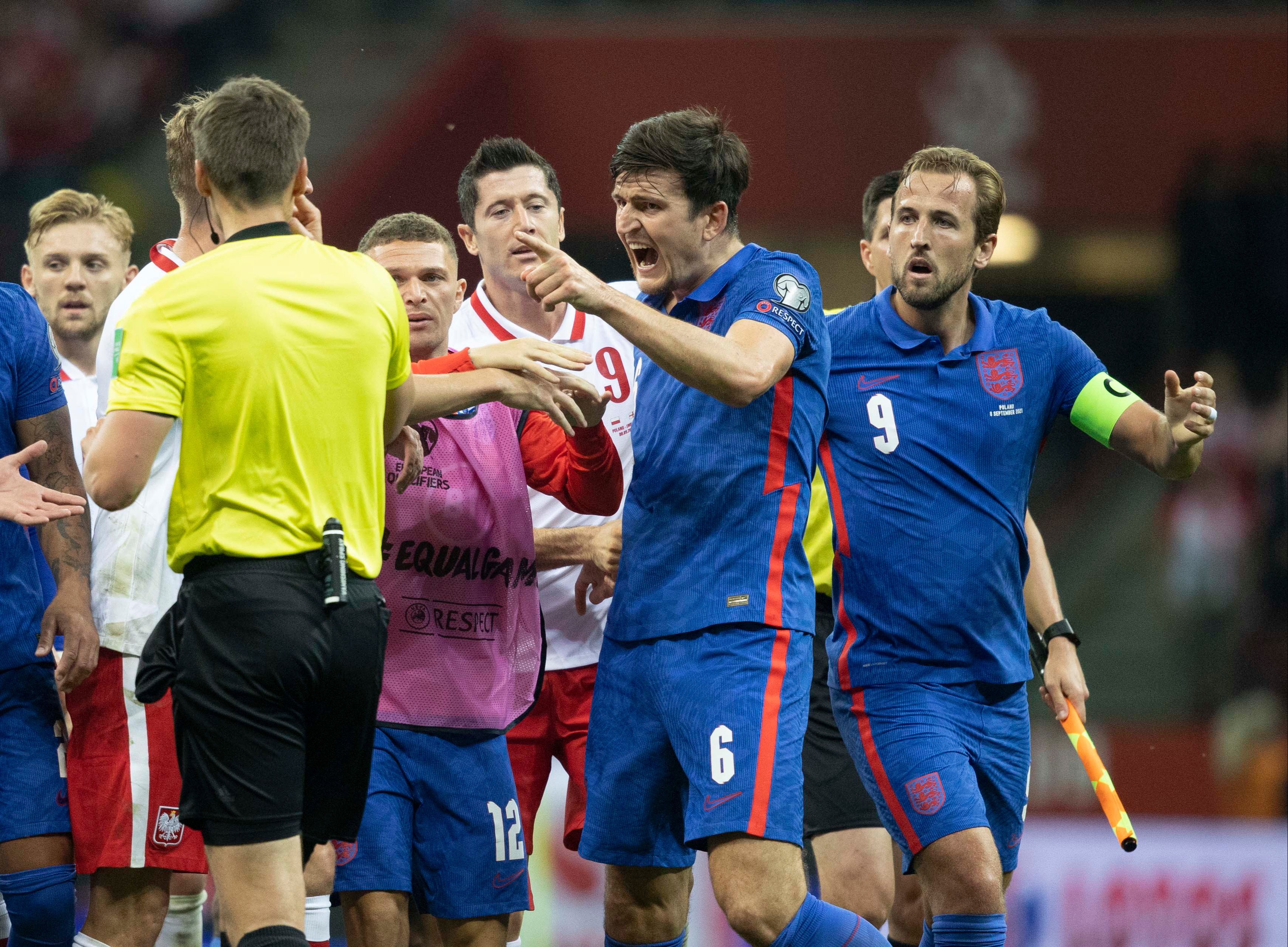 Stars from both sides started squaring up after the whistle for the breakCredit: Richard Pelham / The Sun 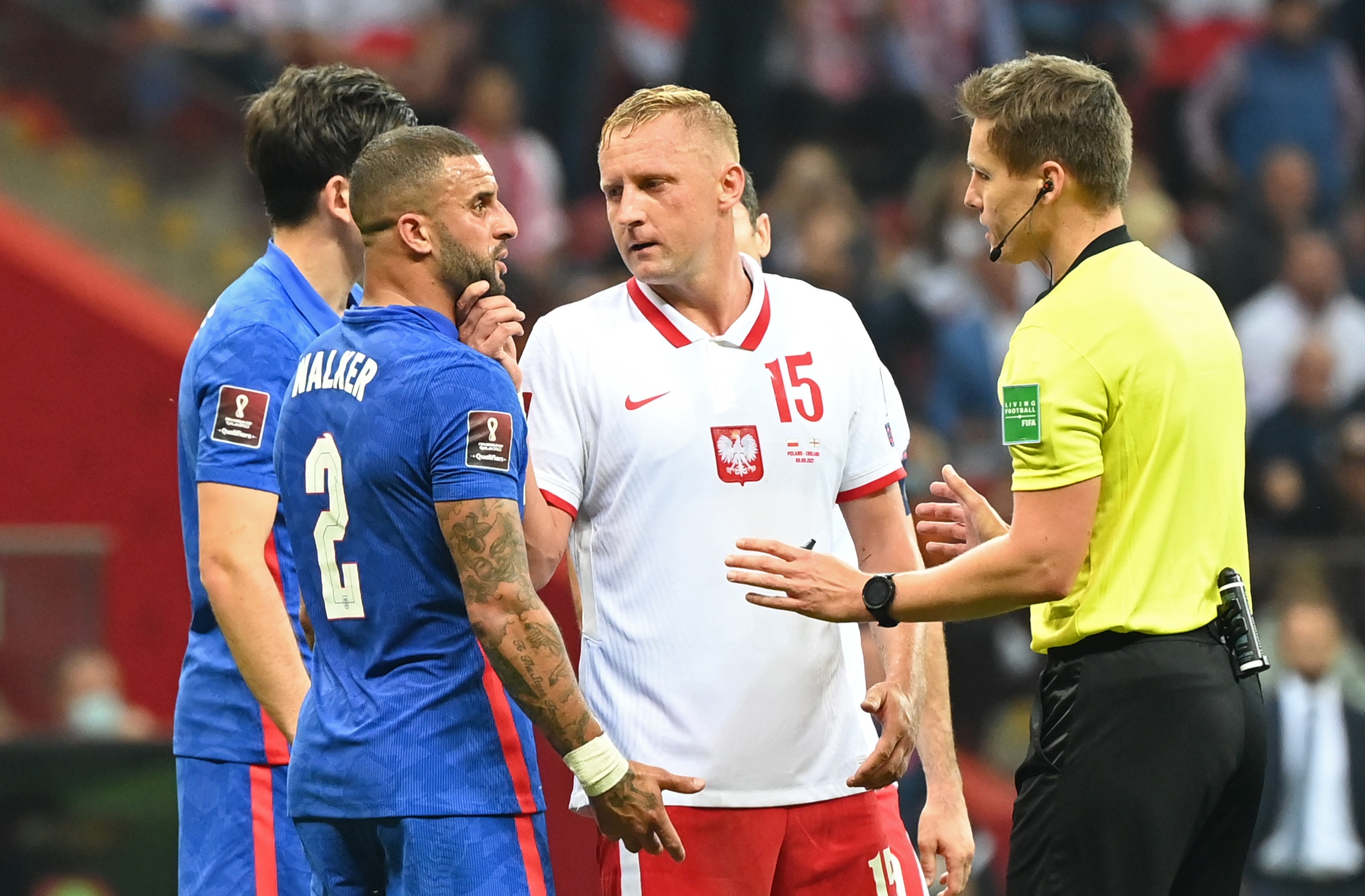 Kamil Glik – who was also booked – appeared to grab either the throat or chin of Kyle WalkerCredit: Getty

The ref had just blown for the break before both sets of players suddenly started piling in to each other in the middle of the pitch in Warsaw.

A clip then emerged on social media of him appearing to grab either the throat or chin of Kyle Walker.

Glik tried to escape down the tunnel at the interval but the official called him back to issue him a caution.

German ref Daniel Siebert continued to chat to the Pole as well as England defender Maguire.

He then proceeded to flash the yellow card at the Manchester United ace as well – much to his bemusement.

Skipper Harry Kane said the incident has been reported to the FA.

He said: “There was an incident just before half-time which has been reported to the FA guys.

“They’re taking care of it and investigating it and we’ll go from there.

“Allegedly it was something that was done, not said. We haven’t had a chance to look at the footage and talk to the lad.”

England boss Gareth Southgate said: “We’re getting to grips with what that was. There’s been a report put in and we need to find out a little bit more about what’s happened.

“At the moment we’re still gathering all the evidence so there’s no point in me speculating any further.”

It came after a tense opening period in which the Three Lions were frustrated by the hosts in their World Cup qualifier.

And after England’s national anthem was applauded by the raucous home crowd, they then proceeded to boo as Gareth Southgate’s men took the knee before kick off.

In a tense game, Kane fired England into the lead with a long-range effort that bounced past Wojciech Szczesny.

But with the Three Lions seemingly heading for all three points, Sebastian Szymanski climbed highest to head in Robert Lewandowski’s injury time cross and earn the Poles a draw.

Kane added: “A kick in the teeth at the end there, it’s never easy conceding in the last minute.”

Australia Covid updates: NSW to unveil road out of lockdown, hopes for travel ban to be lifted by November – live | Australia news