LUIS SUAREZ scored a stunning free-kick for Atletico Madrid as they continued their stroll at the top of LaLiga.

Suarez netted twice in their 4-2 win at Cadiz to move ten points clear at the top.

Wow…what a PERFECT free kick from a long way out by Luis Suarez! ? 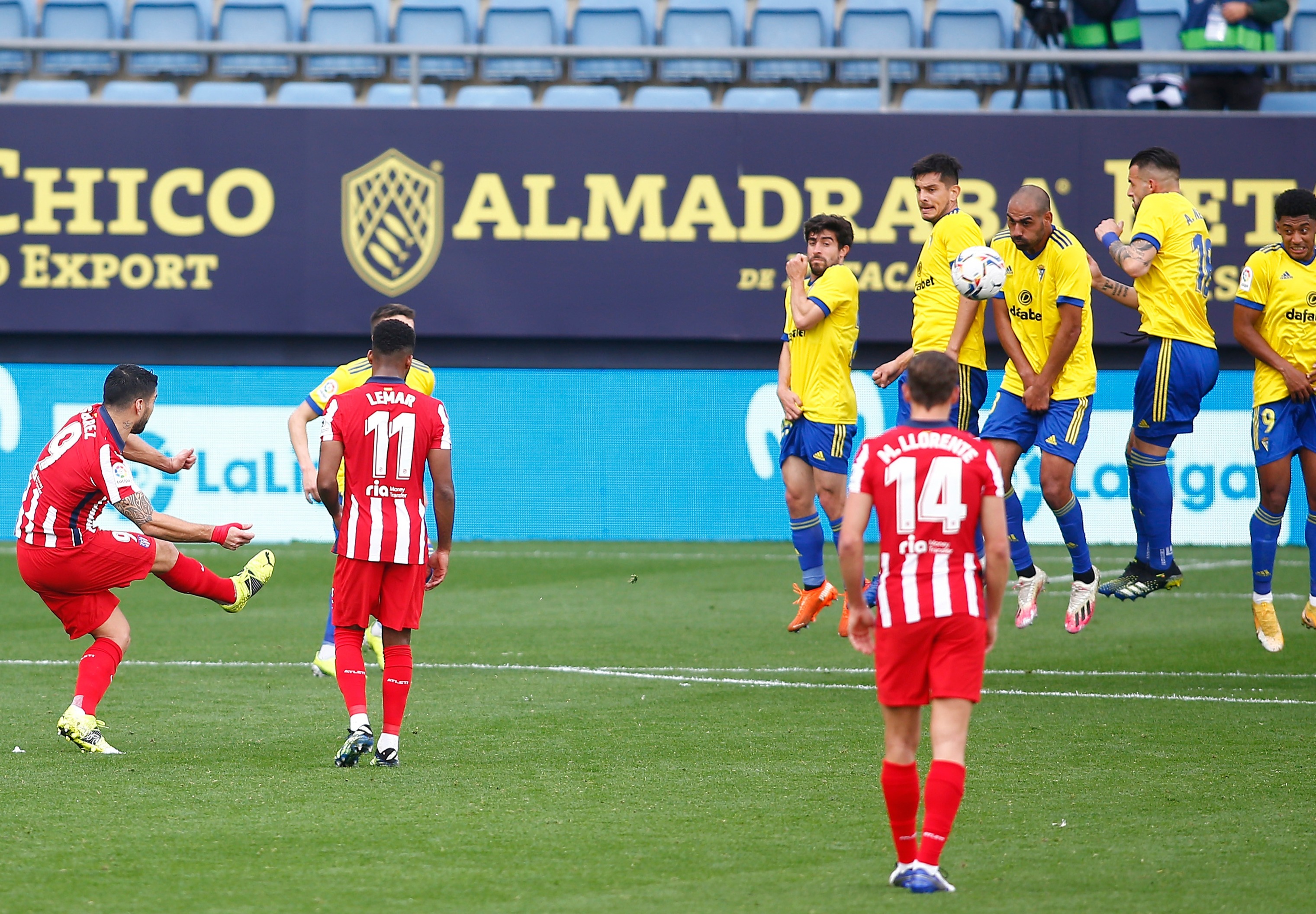 Suarez opened the scoring in the 28th minute with his sensational effort from 25 yards.

Cadiz equalised through Alvaro Negredo but the visitors responded by reclaiming the lead through Saul Niguez’s flick.

Atletico extended their lead in the second half when Suarez netted again.

The former Barcelona striker scored from the penalty spot for Diego Simeone’s side.

Negredo added his second of the game but Atletico rounded off the win with a late effort from Koke.

Suarez has been in sensational form for the club since leaving Barca at the end of last season.

The former Liverpool star has scored 14 goals in 16 matches to lead the way as the top scorer in LaLiga.

Suarez, 34, has proved his worth and made a mockery of Ronald Koeman’s decision to end his career at the Spanish giants.

Atletico are in remarkable form with the side winning eight league games in a row.

Their run of 15 wins from their past 16 matches in the league has opened up a commanding lead at the top.

And Suarez will be looking forward to his chance to dump Chelsea out of the Champions League when the sides face each other in February.