LIONEL MESSI added to his countless moments of magic for Barcelona as he broke the club’s all-time appearance record on Sunday.

A trip to fifth-placed Real Sociedad promised to be a huge test of the Blaugrana’s title credentials.

Lionel Messi gets a goal of his own and Barca are on fire! 🔥

Fantastic pass over the top by Busquets, great run by Messi, and there was never any doubt about the finish 🙌 pic.twitter.com/so9QTM2wTD

But Ronald Koeman’s side continued their fantastic form with a 6-1 rout at Estadio Anoeta.

Antoine Griezmann put Barcelona on the board before Sergino Dest fired in a brace, having never previously scored in LaLiga.

Then it was Messi’s turn to break yet another record with a bang.

Sunday’s outing was his 768th appearance for the club in all competitions, moving him past previous record-holder Xavi.

And the iconic Argentine made it 4-0 thanks to a perfect ball over the top from long-time compadre Sergio Busquets.

Messi got the jump on his marker and expertly spun his body 360-degrees to as he poked his shot into the far corner. 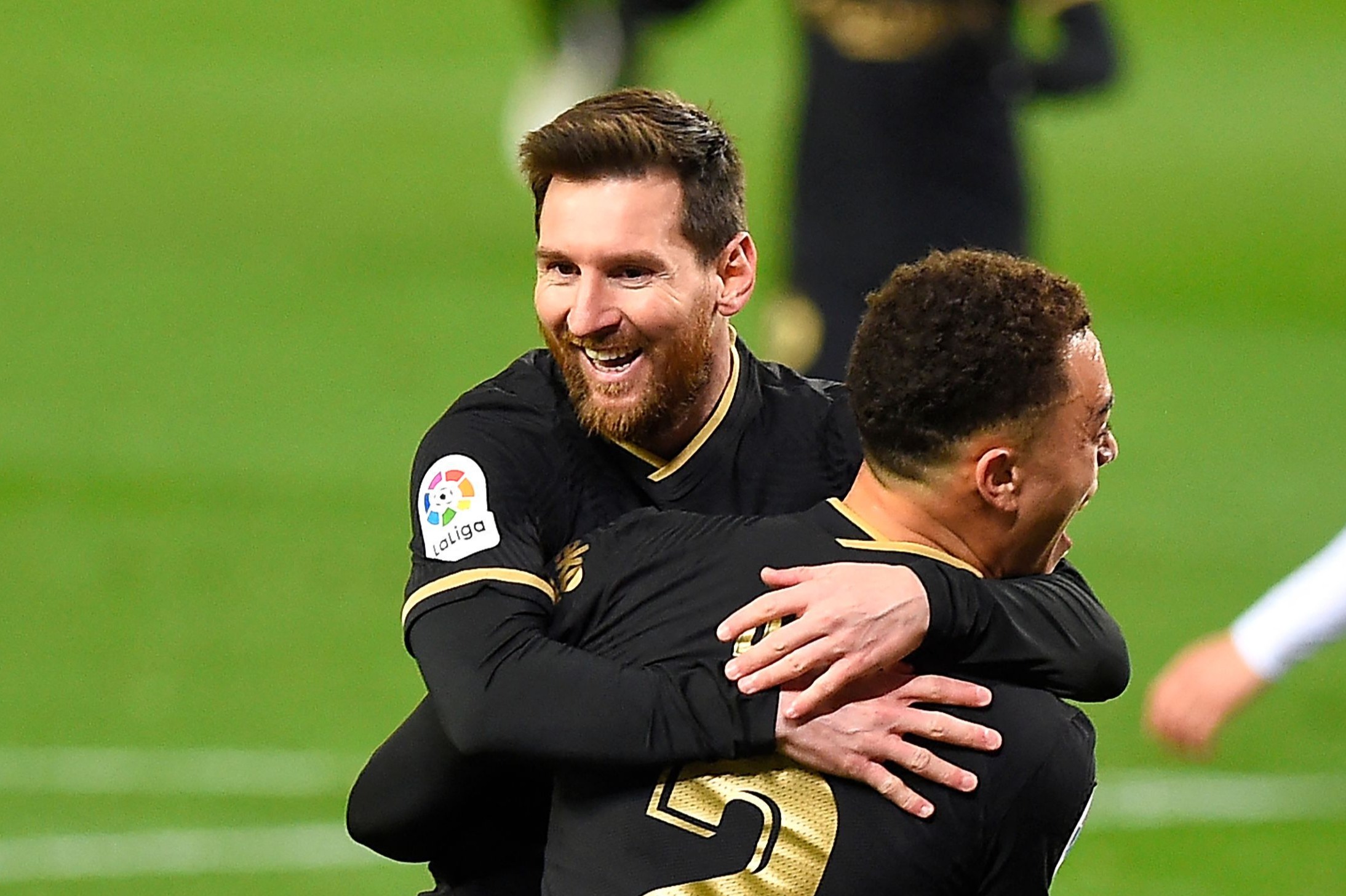 Lionel Messi marked Barcelona appearance No768 with a braceCredit: AFP 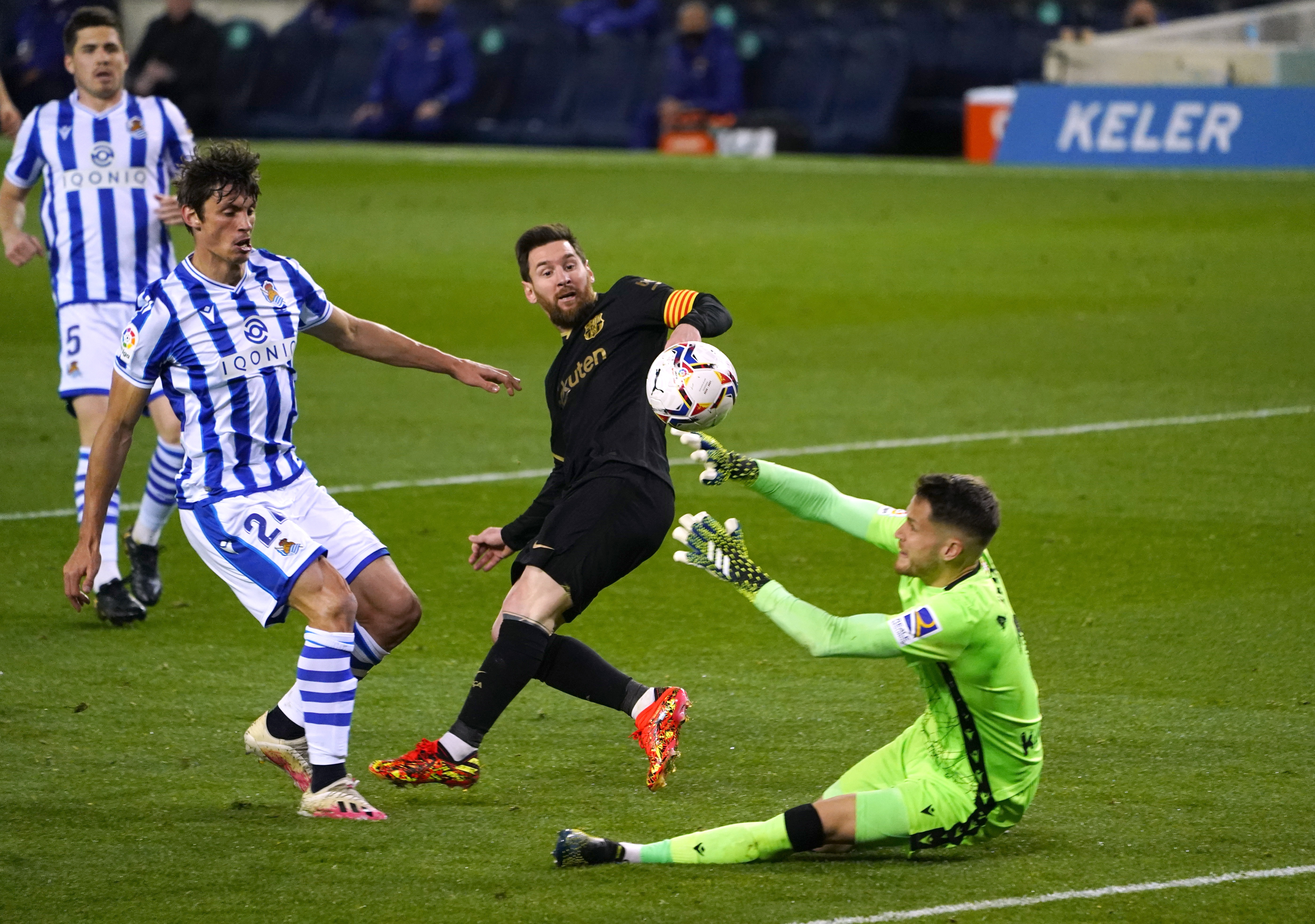 After an Ousmane Dembele fifth, Messi again popped up to finish off a delightful passing move late on.

It was the 33-year-old’s 16th goal in his last 11th LaLiga appearances as Barcelona chase down leaders Atletico Madrid.

Since suffering a nightmare week involving a 4-1 defeat to Paris Saint-Germain in the Champions League and last-minute draw at home to Cadiz, the side has been on immense form.

A 3-0 win over Sevilla to reach the Copa del Rey final and 1-1 draw in the Paris return leg have contributed to a run of six wins in seven.

Sergiño Dest with a cool finish for his first goal for Barcelona! 🙌

An excellent first half for the visitors 🔥 pic.twitter.com/hIlCPXVrks

With ten games left to play, Barcelona sit only four points behind Atletico and two ahead of Real Madrid.

Diego Simeone’s side relied on a Jan Oblak penalty save to beat Alaves 1-0 on Sunday afternoon.

And Atleti’s trip to the Camp Nou on May 9 may prove to be a title decider, although Barcelona have a Clasico against Real to contend with before then.

An UNBELIEVABLE penalty save late on from Jan Oblak! 😱😱

If Atletico Madrid finish this season as champions, that could prove to be a pivotal moment 👏 pic.twitter.com/r6xD7Pp3xg