LIONEL MESSI fired in a double as Barcelona ran riot on Athletic Bilbao to win the Spanish Cup. 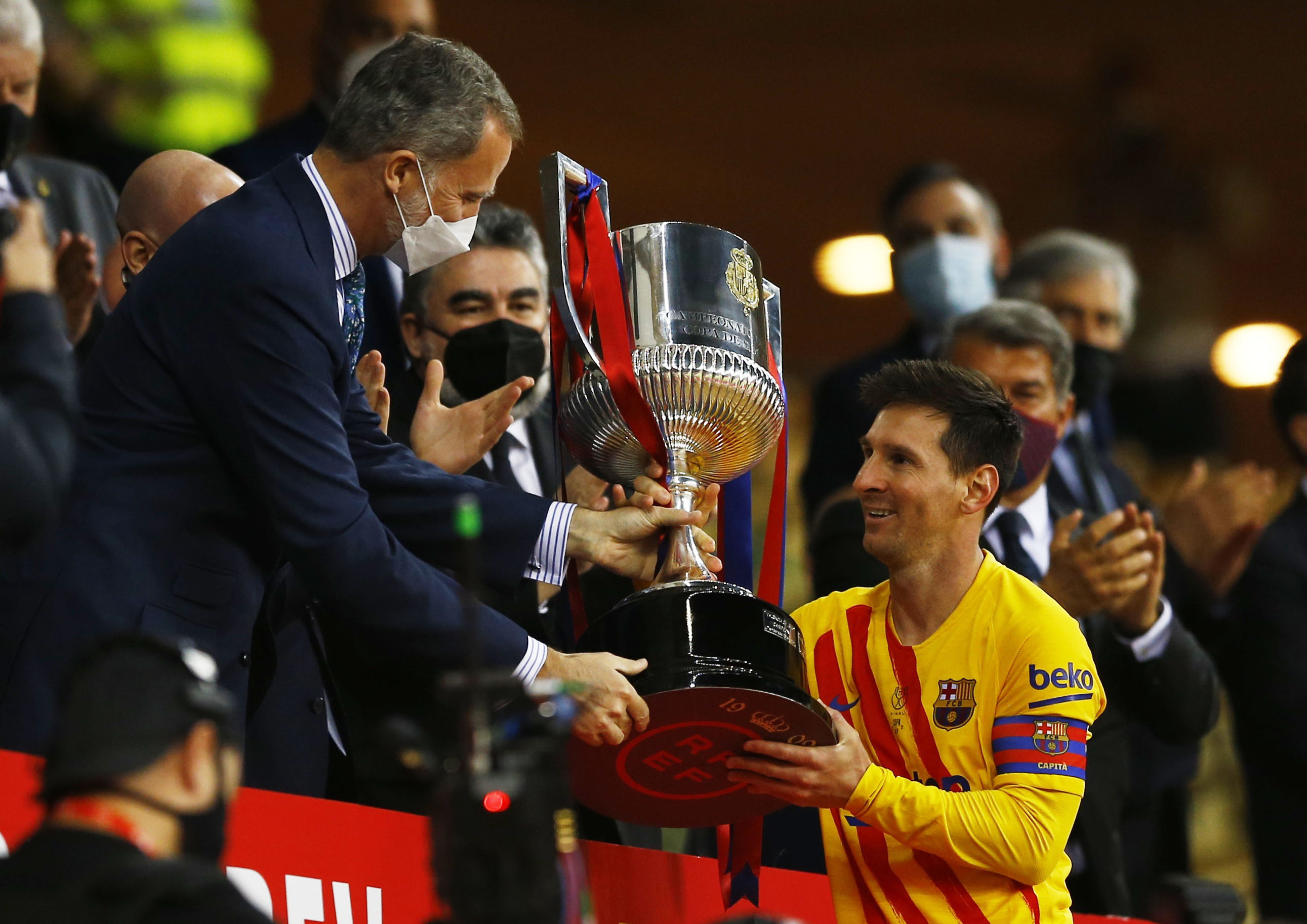 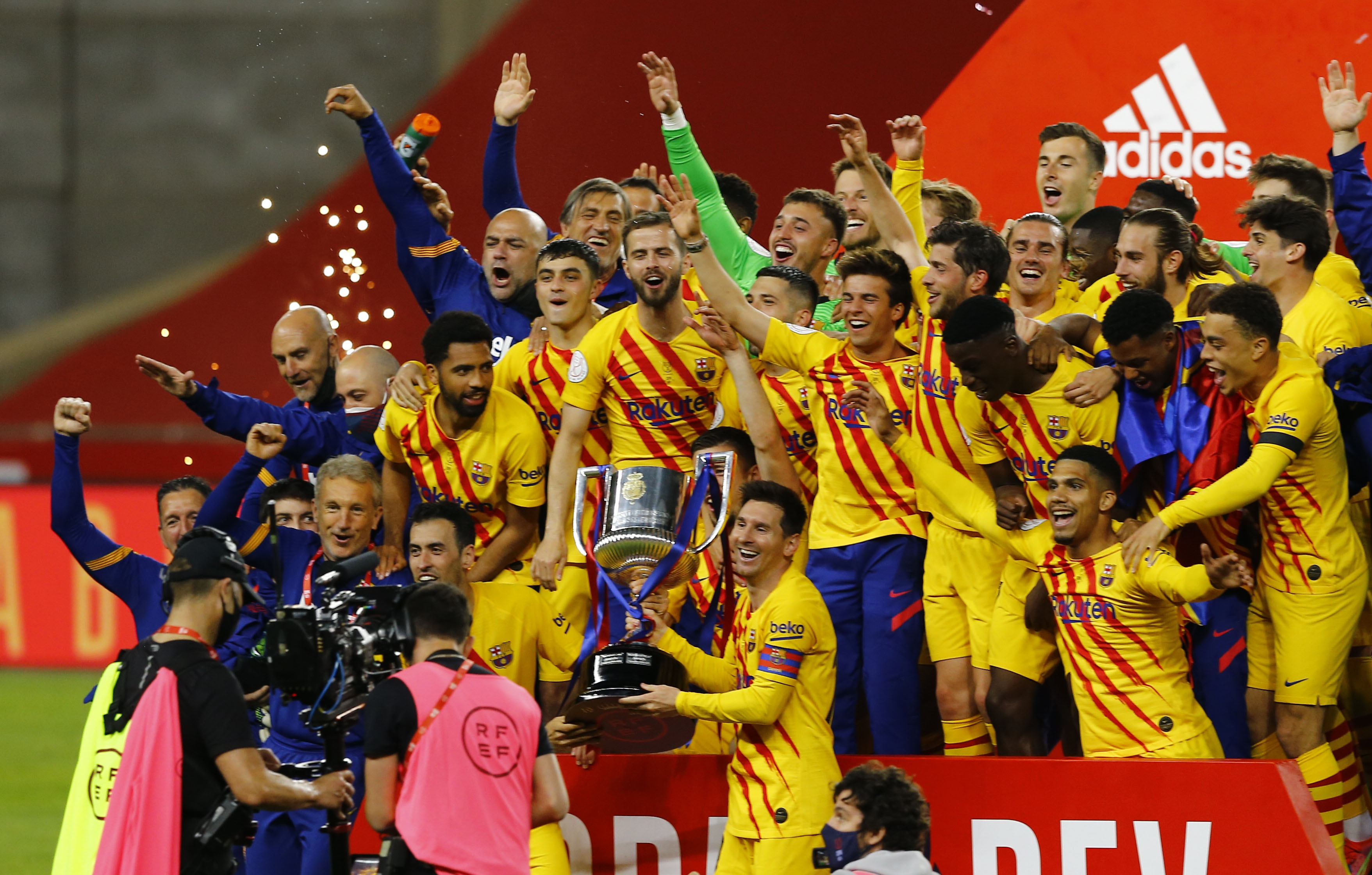 Barcelona won the Spanish Cup for the 31st time in their history, most of any clubCredit: Reuters

A moment of absolute genius, vintage Barcelona, and they’re now well on their way to picking up another Copa del Rey trophy 🔵🔴 pic.twitter.com/SWWOhMEIkB

His first goal in the 68th minute rounded off an incredible team move that beat the stuffing out of Bilbao.

The win sealed a record 31st Copa Del Rey for Barca and meant they avoided a second straight trophy-less season.

The Catalans are still in the LaLiga title race – sitting third two points behind leaders Atletico Madrid – and could still end up doing the double.

Bilbao lost their second Spanish Cup final this month having been beaten by 1-0 Real Sociedad two weeks ago.

That match was the delayed 2019-20 final which was scrapped last year because of Covid.

And the team from northern Spain lost the final of this season’s competition as well in a double heartbreak.

The win gave Ronald Koeman his first title as coach of the Catalan club.

Ex-Barca defender Koeman returned to manage the club last summer after they finished last season without a trophy for the first time since 2008. 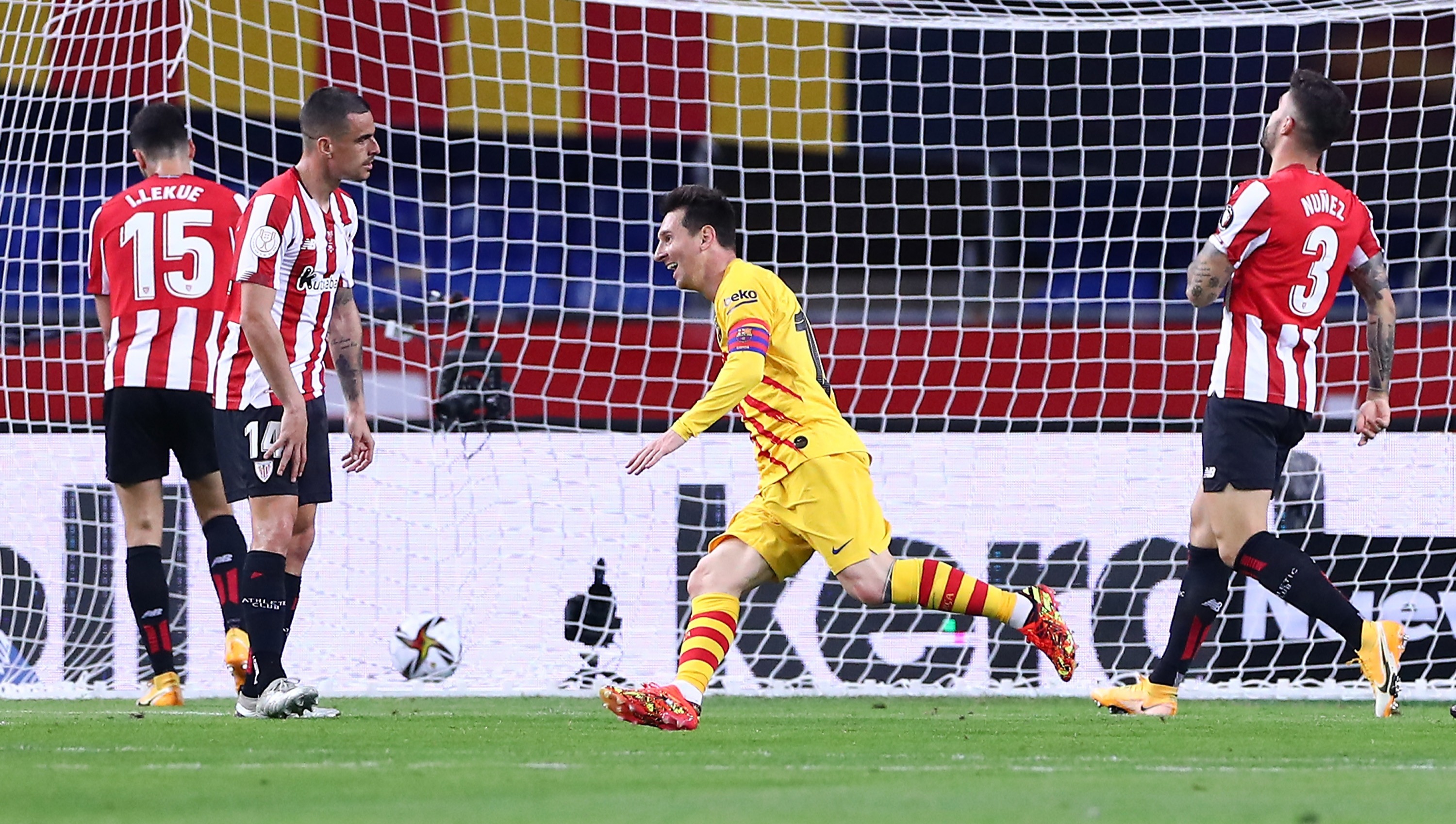 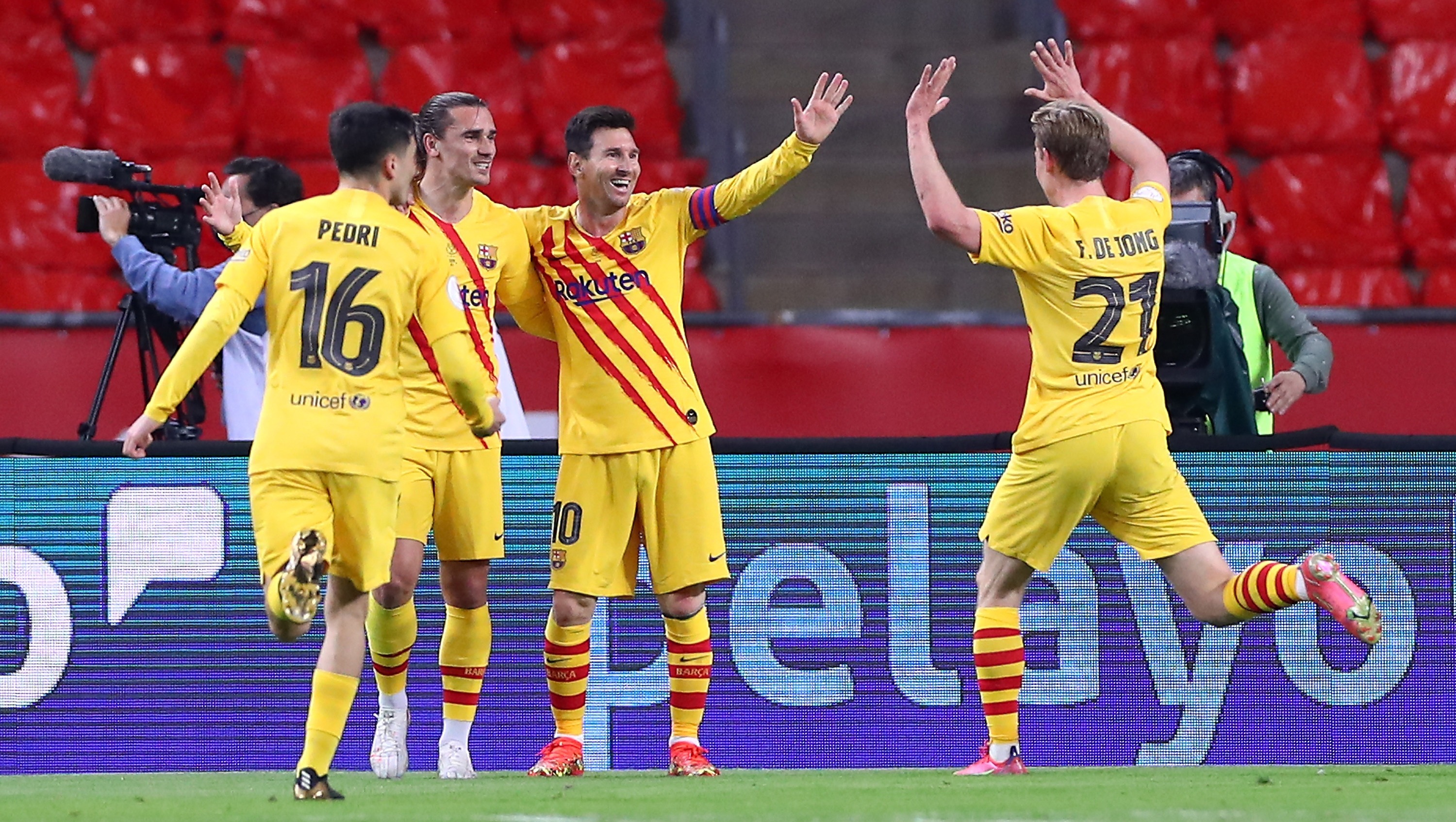 Frenkie de Jong headed in a second goal in the 63rd before Messi dealt a double blow to put the result beyond any doubt by the 72nd.

Messi again showed, at age 33, that he can still completely dominate a final.

Barcelona suffocated Bilbao from the start with Messi causing their defence all kinds of problems. 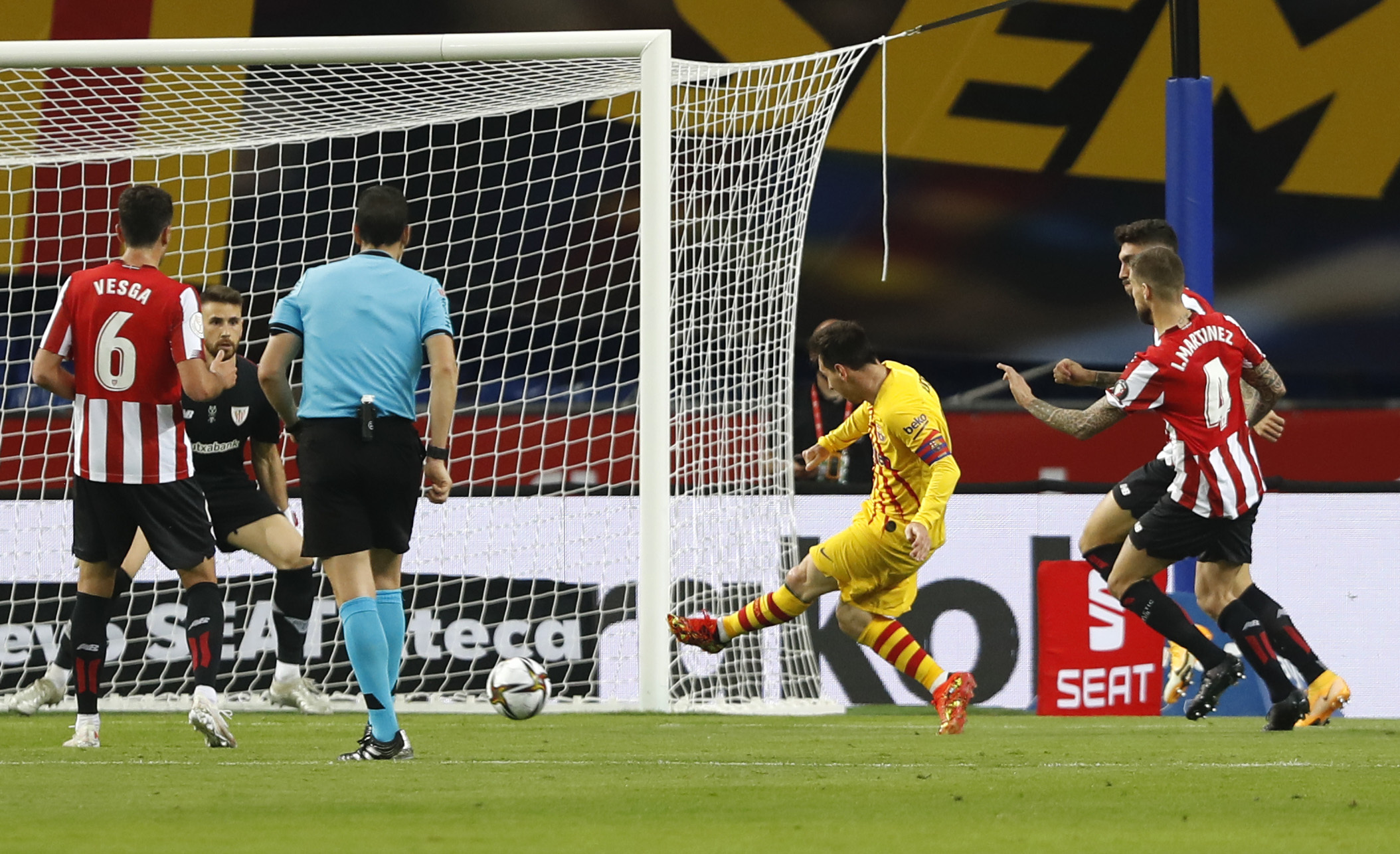 The Argentine slotted home after an epic move that he started in his own halfCredit: AP 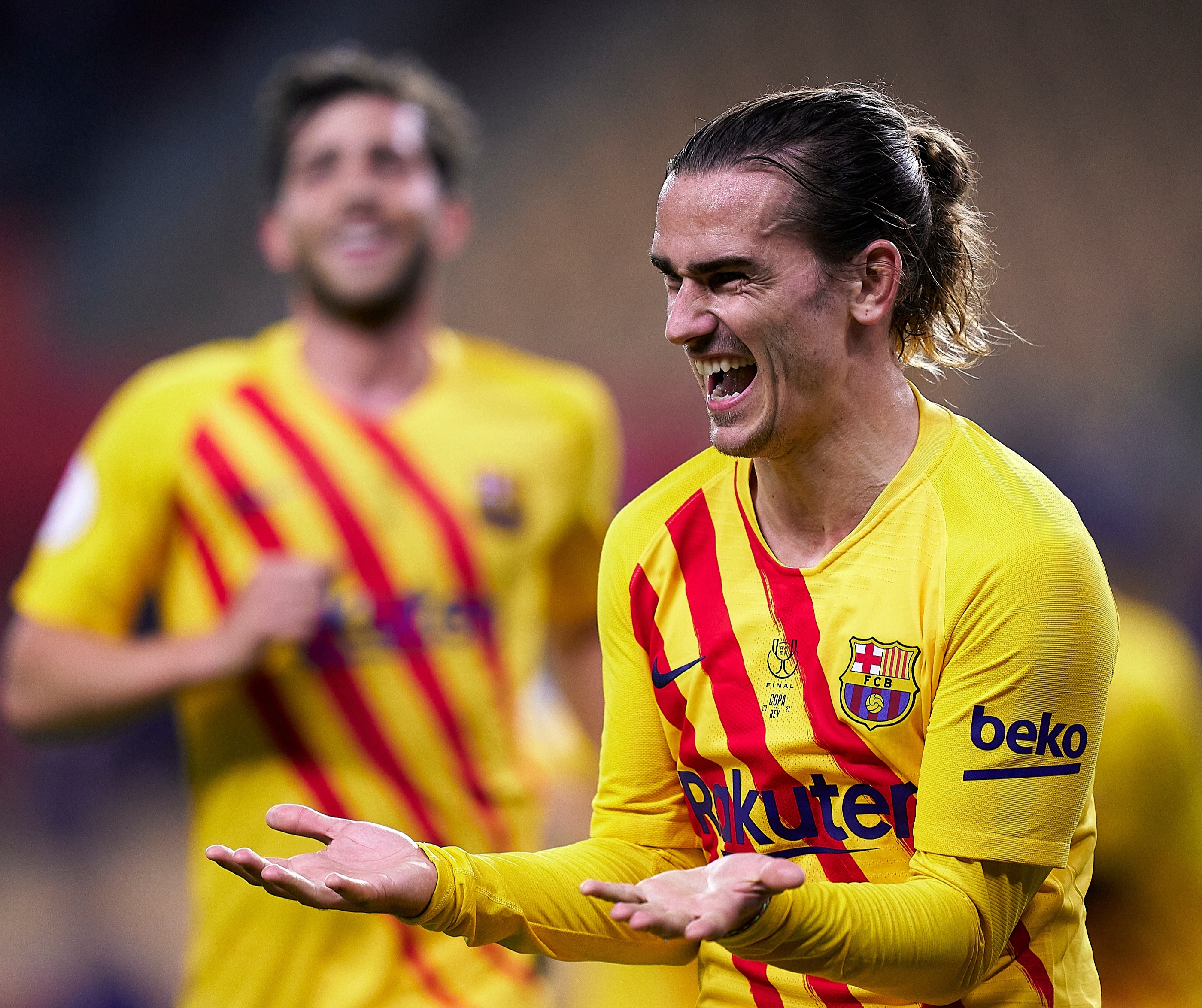 Antoine Griezmann was also on the scoresheet in thumping winCredit: Getty

The bombardment started in the fifth minute when Sergio Busquets lob found Messi, who returned the ball for De Jong to fire off the post.

Bilbao’s defence had to hustle to keep the score 0-0 by half-time with Messi linking up with his teammates seemingly at will inside the opponents area.

The second half continued with Messi dictating the pace, and now Simon had to save Bilbao.

But Simon could do nothing to keep out Griezmann’s sharp one-touch strike off De Jong’s cross from the right after Messi had again taken the ball and forced Bilbao to scramble back into its box.

With Bilbao reeling, Barcelona struck again this time from the left. Messi also played a subtle part in this goal, making a dummy run to open space for De Jong to push forward and head in Jordi Alba’s cross.

De Jong then helped Messi slalom through Bilbao from inside his own half into the heart of the area by exchanging two quick passes with the Argentine. Messi capped the move by dribbling past the last defender before slotting in his team’s third goal in the 68th.

Messi rounded off his stellar performance that earned him a 35th career title for Barcelona when he fired in a pass from Alba. Simon got an arm out but, like so many before, could not keep Messi out.