CHRIS GUNTER celebrated his historic 100th Wales cap in perfect style with a win and clean sheet against Mexico.

Kieffer Moore’s 11th minute strike proved the difference on Gunter’s dream night as the Charlton defender became the first Welshman to notch up a ton of appearances. 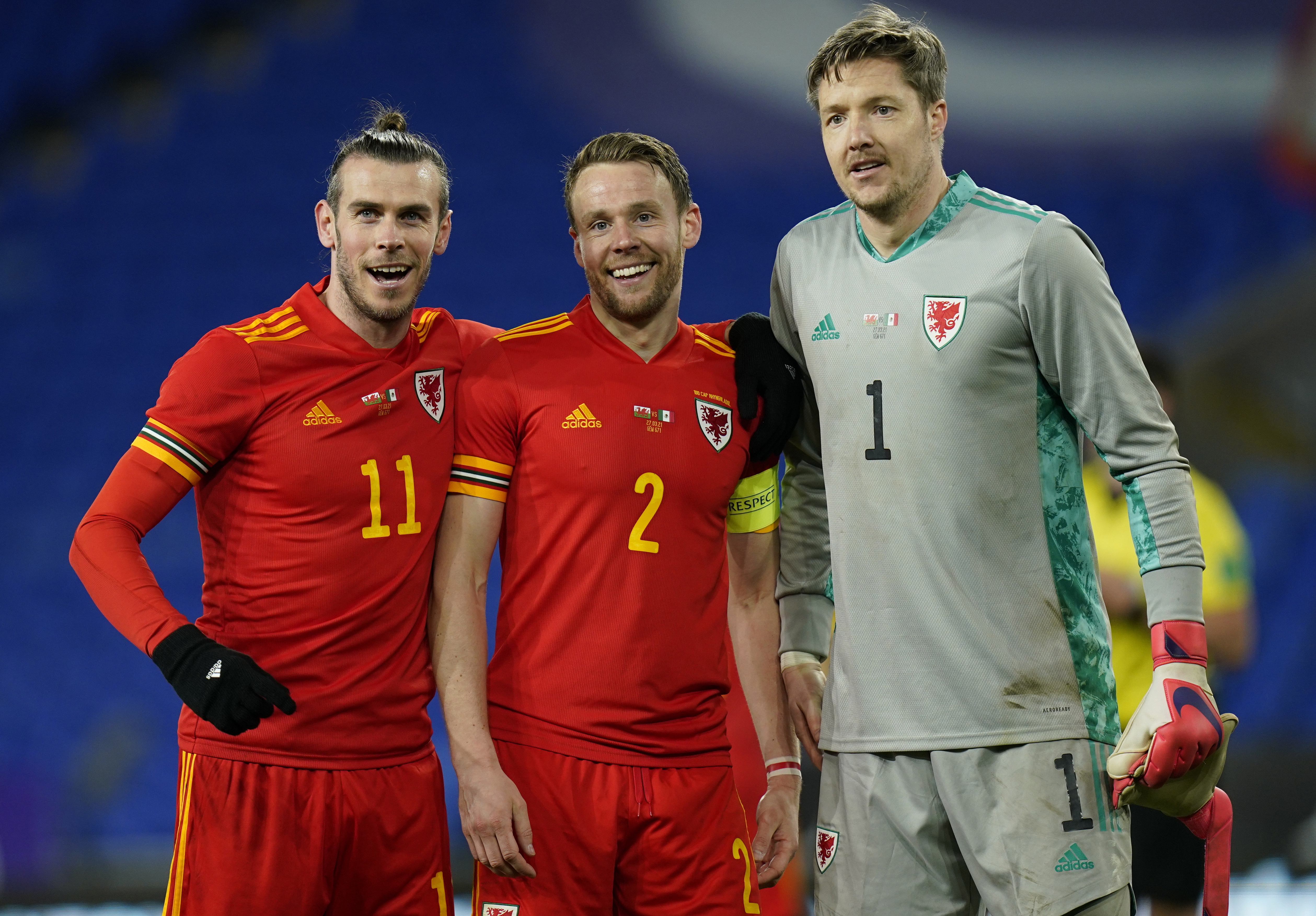 The friendly victory also boosted the morale of Robert Page’s side ahead of the crunch World Cup qualifier with the Czech Republic on Tuesday.

In fact, the only way Gunter’s special moment could have got better would have been if the fans’ favourite had grabbed his debut international goal!

On the eve of Gunter making history, the 31-year-old received heartfelt messages from his Wales team-mates including Aaron Ramsey and Gareth Bale – as well as Euro 2016 manager Chris Coleman.

Juventus star Ramsey, Gunter’s best mate but back in Italy with a thigh injury, beamed: “You have been brilliant for Wales over the years. We have shared some great memories on the pitch and you deserve it mate.

“You have been there, through thick and thin, always available and you have finally done it. A centurion.”

Bale, who was on the bench and passed the captain’s armband to cult hero Gunter, added: “Gunts, congratulations on your 100th cap. It’s been a pleasure to play with you since a young age.”

Gunter led Wales out as one of 11 changes from the 3-1 World Cup qualifying defeat to Belgium last Wednesday.

Prior to kick-off, there was a minute’s silence for former Welsh goalkeeper Dai Davies, who passed away last month. 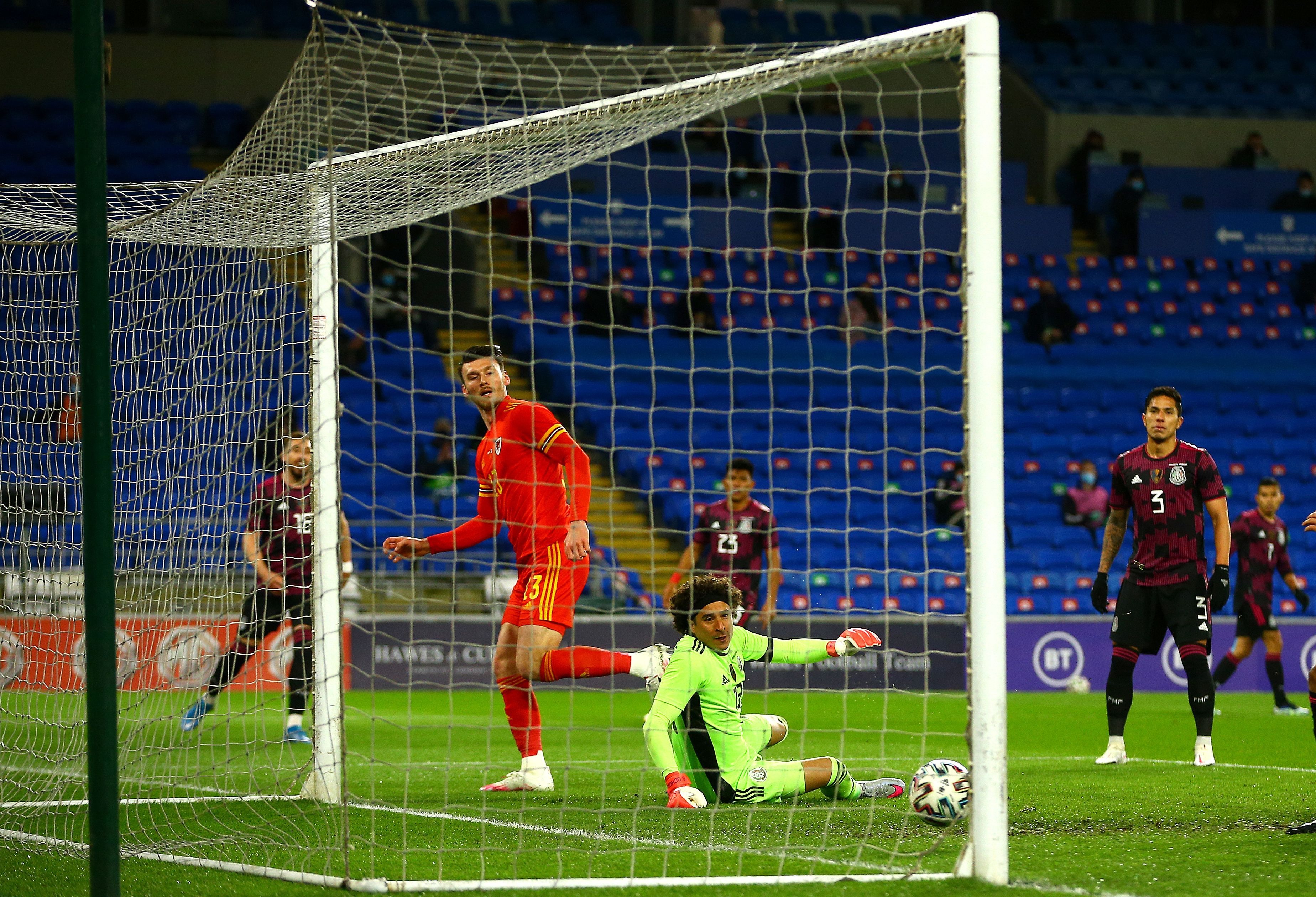 Moore was the man of the moment as his strike sealed victoryCredit: Rex

The appeals for a spot-kick from the Mexico bench were quickly waved away by Northern Irish referee Ian McNabb.

But Moore got Gunter’s landmark evening off to the perfect start when the Cardiff forward produced a cute finish past Guillermo Ochoa.

There was no VAR in operation to save the Mexicans from falling behind.

And, after Harry Wilson finished off a stunning 17-pass move against the Belgians, the Dragons added another stylish passage of play to unlock the visitors defence.

Rabbi Matondo, Tyler Roberts and Jonny Williams all combined and the latter, playing in an unfamiliar right wing-back role, crossed to find Moore unmarked in the box.

The 6ft 5ins striker was incredibly able to take a touch inside the six-yard box before showing neat footwork to guide the ball beyond Ochoa into the far corner for his fifth Wales goal in 14 games. 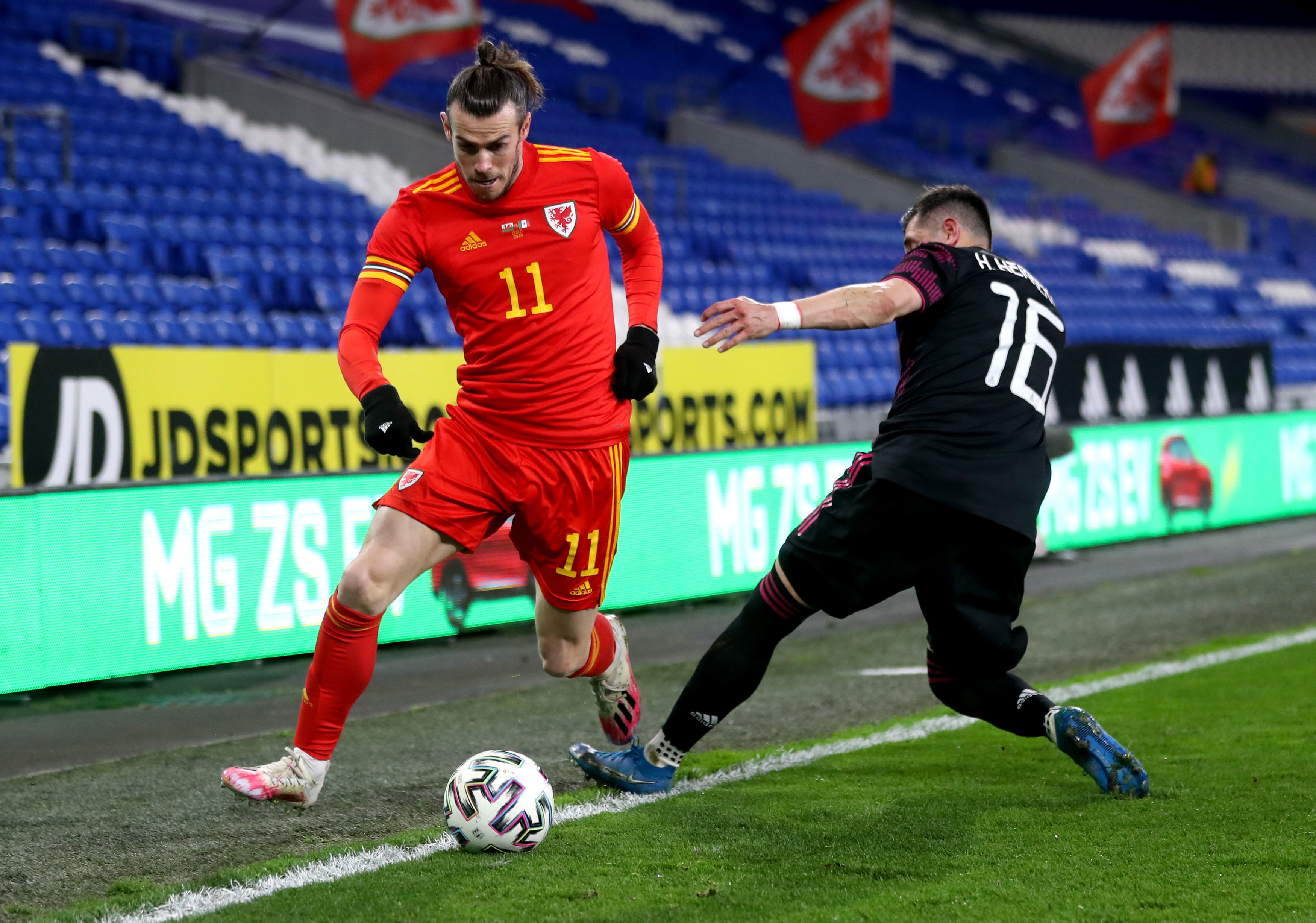 Gareth Bale impressed when called off the benchCredit: PA 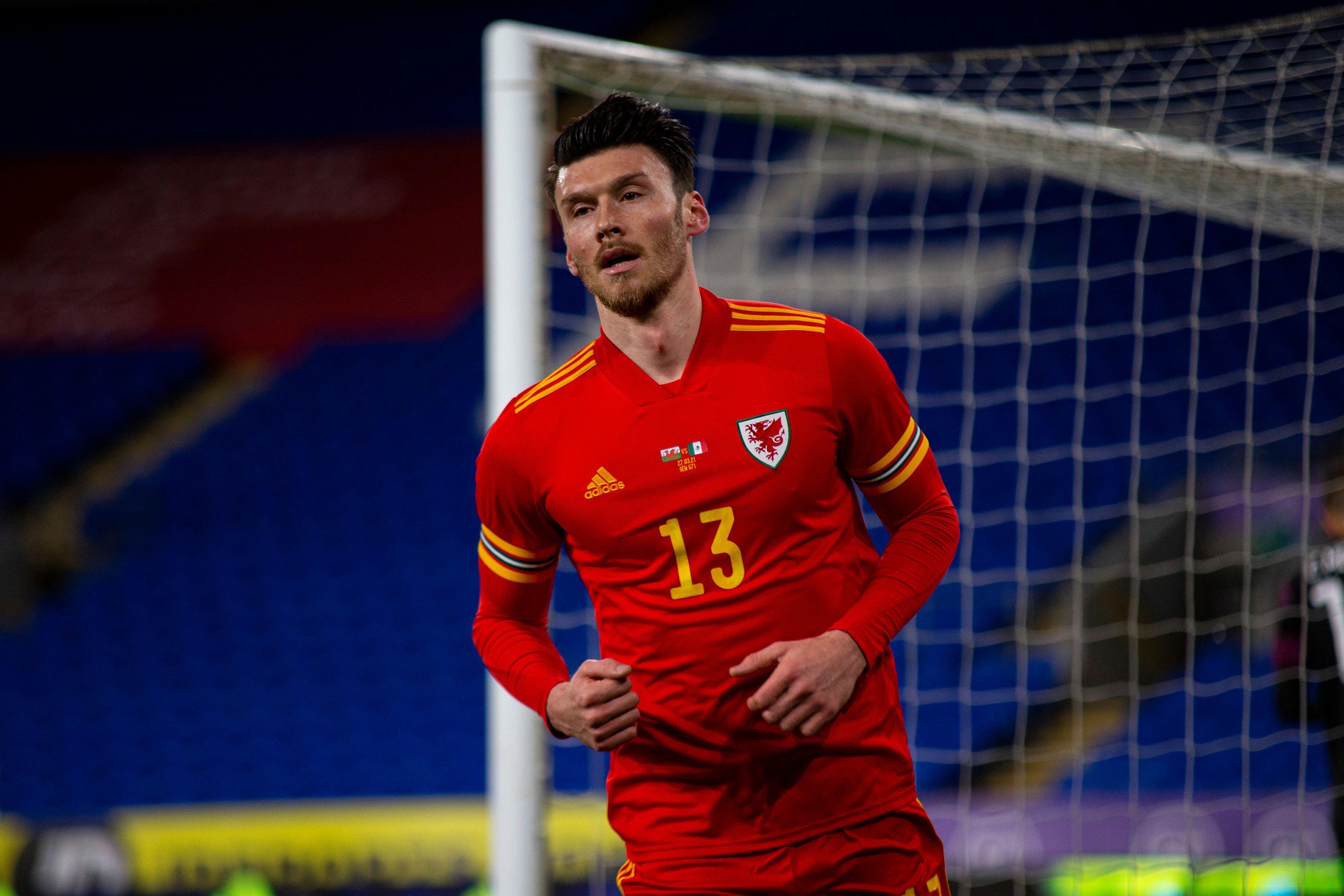 This may have been a friendly but there was nothing half-hearted about Ben Cabango’s wild challenge on Napoli winger Lozano.

Ref McNabb failed to punish the Swansea centre-back and the game turned feisty for large parts of the first half.

Moore was in the wars during a constant running battle with Mexico defender Edson Alvarez while Lozano was late on goalkeeper Wayne Hennessey.

Hennessey, making his first Wales appearance since he suffered a thigh injury against Bulgaria in October, had the chance to stake his claim in the final friendly run-out before the Euros squad will be named.

Caretaker Page had admitted pre-match the gloves are off in the race to be No1 this summer with Leicester’s Danny Ward in possession of the jersey for the last three competitive matches.

But veteran keeper Hennessey, winning his 95th cap, showed all his experience when he came to the rescue to deny Jesus Gallardo after Williams was exposed defensively.

Mexico were pushing for an equaliser and Jesus Corona fired wide from an acute angle. 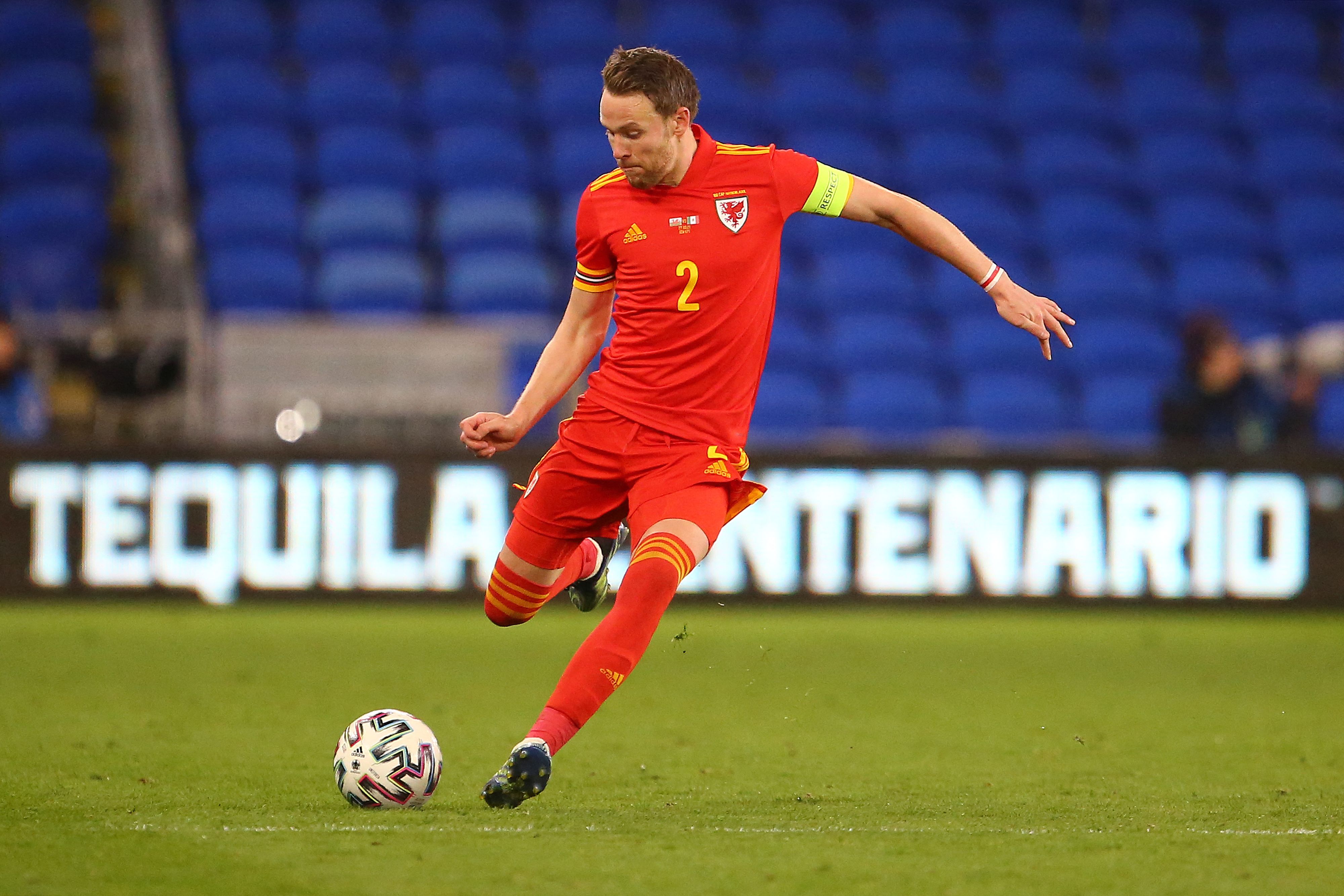 It was a night that Gunter will never forgetCredit: AFP 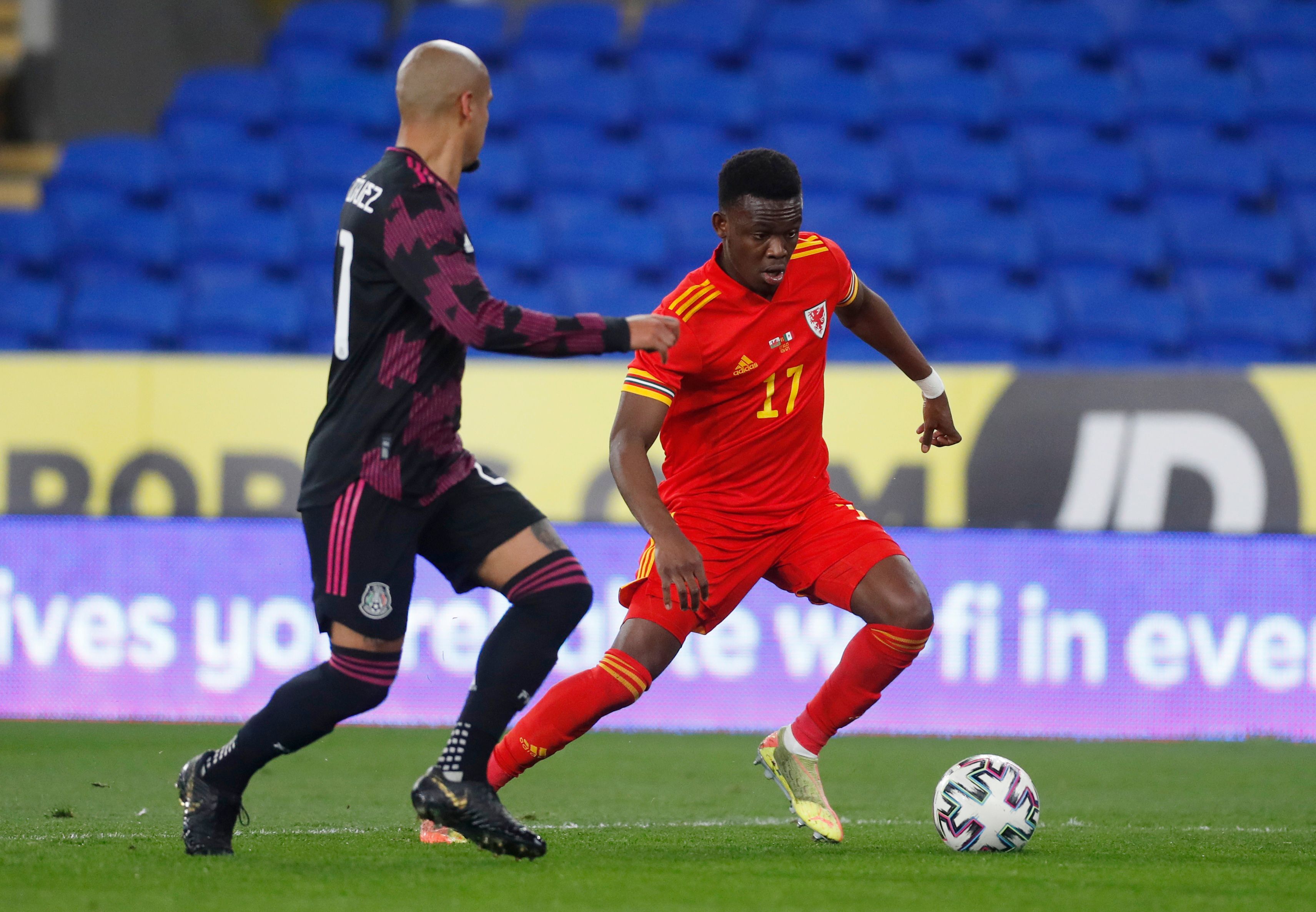 The likes of Rabbi Matondo caused chaos down the flanksCredit: Reuters

With tempers threatening to boil over in a committed contest, Page took no risks with Moore ahead of Tuesday’s qualifier with the Czechs and the forward was withdrawn at the break for Hal Robson-Kanu.

Sub Robson-Kanu almost made an instant impact but the West Brom striker failed to connect with Roberts’ cross with Matondo well placed behind him.

His decent performance back between the sticks will give the Welsh management food for thought.

The Crystal Palace stopper was the sole survivor from Gunter’s debut against New Zealand in May 2007 at Wrexham’s Racecourse Ground.

And it was fitting the pair combined to make sure Gunter will look back on a memorable double of a Wales triumph and defensive shut-out.

Tina directors on telling Turner’s story without re-traumatizing her