REAL MADRID beat rivals Barcelona 2-1 at home in an entertaining, rain-soaked El Clasico on Saturday to go top of LaLiga.

Karim Benzema put the champions in charge at a soggy Bernabeu stadium with a delightful backheel in the 14th minute.

A brilliant run by Valverde, Lucas’ cross is perfectly judged, and Benzema finishes with an audacious backheel flick at the near post 🔥 pic.twitter.com/EfjcIW0enE 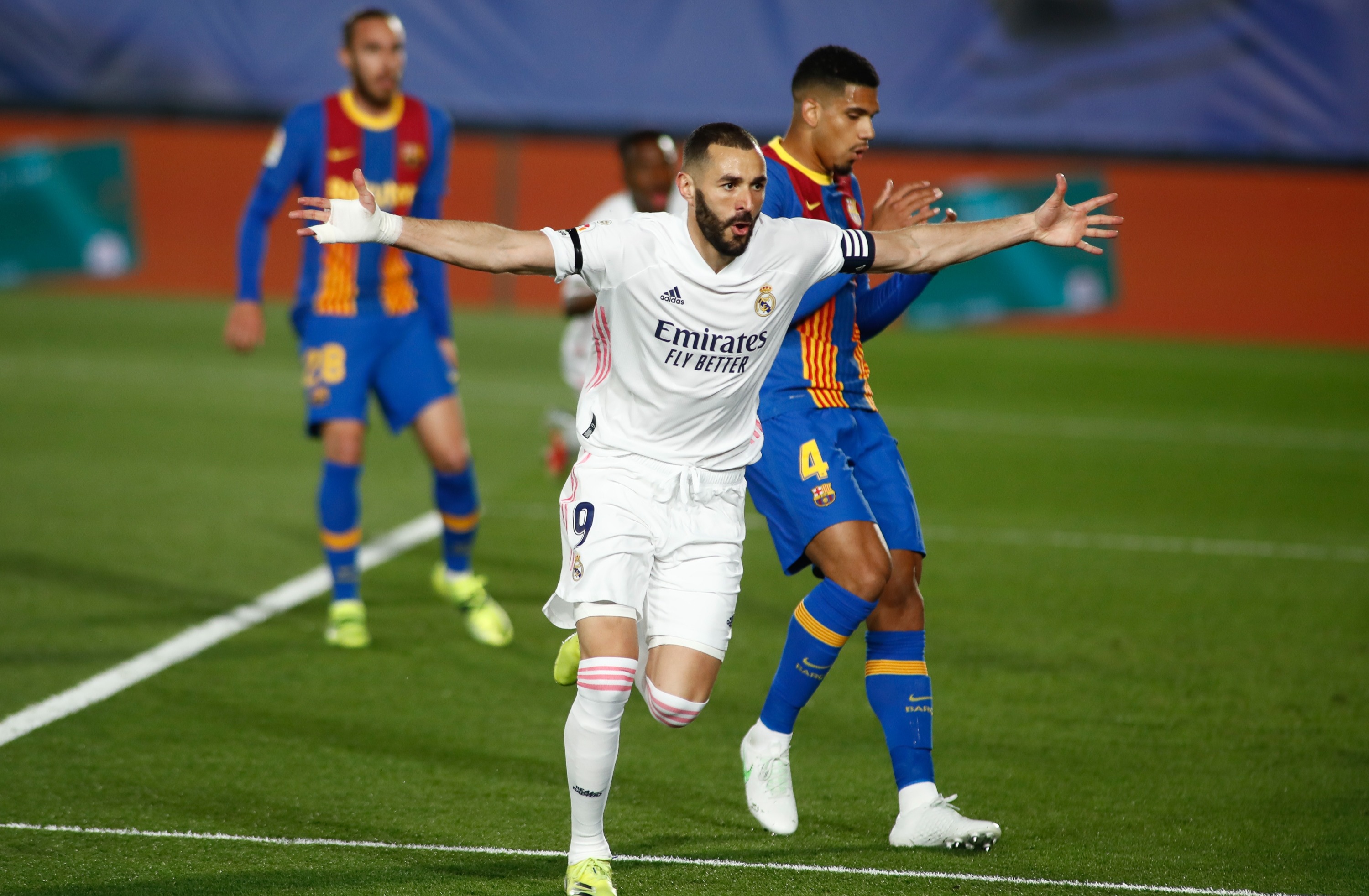 A deflected Toni Kroos free kick then doubled Real’s lead in the 28th.

Barca hit back on the hour mark through Oscar Mingueza to revive their hopes.

And the defender almost found the equaliser later on to rescue a point.

The Catalans also had a huge penalty appeal waved away when Martin Braithwaite fell following a challenge by Ferland Mendy.

Meanwhile, Real midfielder Casemiro was sent off in stoppage time for picking up two yellow cards in the space of a minute.

There was more drama to come when Barca substitute Ilaix Moriba hit the crossbar in the fourth minute of added time.

The hosts survived the nail-biting finish to complete a sensational week.

They beat Liverpool 3-1 in a Champions League quarter-final first leg on Tuesday.

Valverde hits the post and ter Stegen makes a great follow-up save on the ground! 😮

Barca are hanging on for dear life at the moment as Real Madrid threaten a third goal 👀#ElClasico pic.twitter.com/8oOBTtS46Z 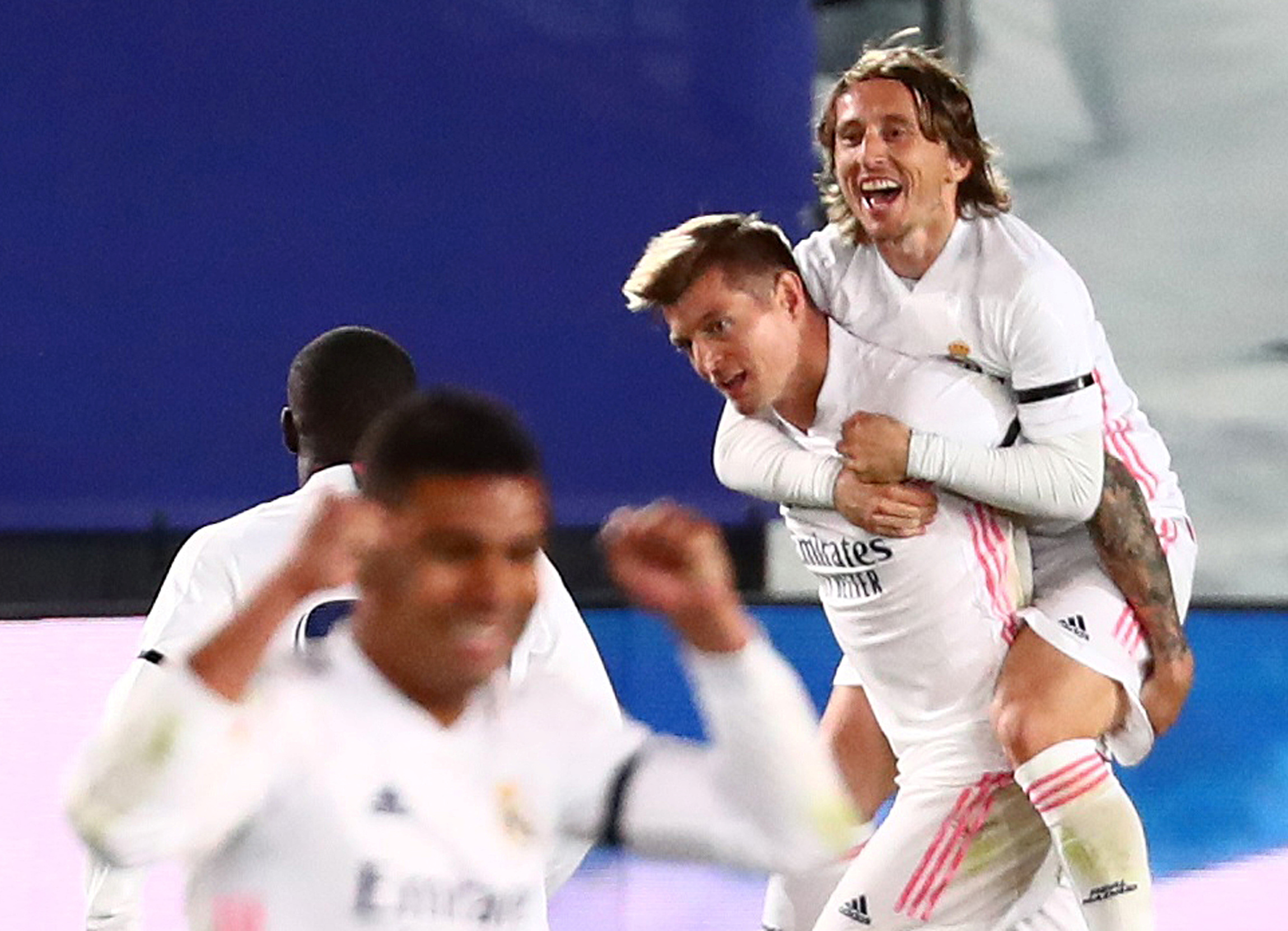 And Real can secure a place in the semis on Wednesday when they face the Reds at Anfield in the second leg.

Zinedine Zidane’s side joined Atletico Madrid on 66 points and moved top of the table.

But Atletico can reclaim first place when they visit Real Betis on Sunday.

Meanwhile, Barca have dropped to third on 65. 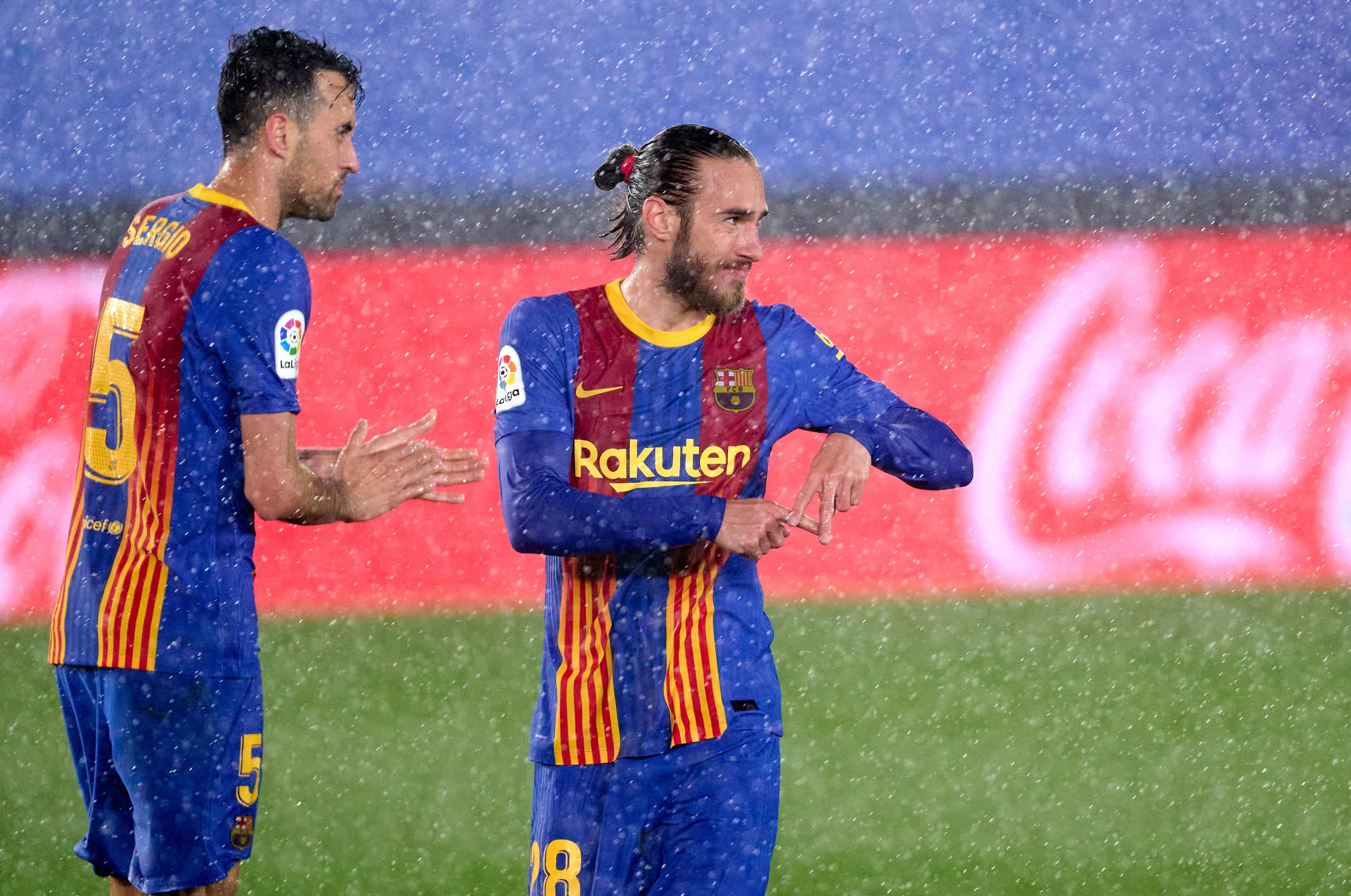 Oscar Mingueza pulled one back for the visitors at the BernabeuCredit: Getty 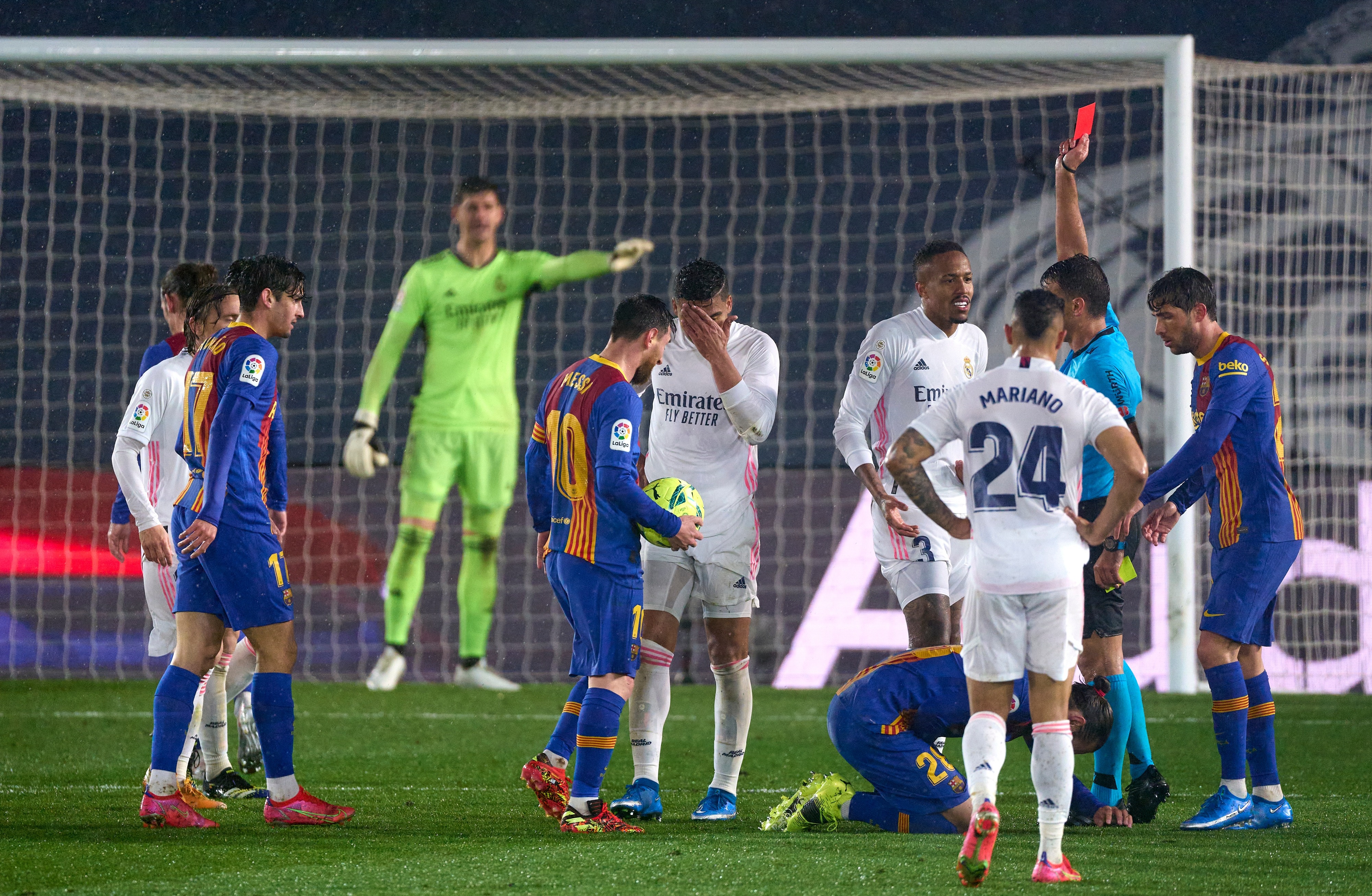 Casemiro was sent off late on for Los BlancosCredit: Getty