JUDE BELLINGHAM scored a special volley for Borussia Dortmund as they kicked off their Champions League campaign away at Besiktas on Wednesday night.

The 18-year-old England international continued his incredible rise since joining the German outfit with the second European goal of his career.

Bellingham put Dortmund in front after a dominant first half display from the German sideCredit: Getty

Another impressive moment on the big stage for the 18-year-old Englishman! 🌟#UCL pic.twitter.com/JPiG01oZsN 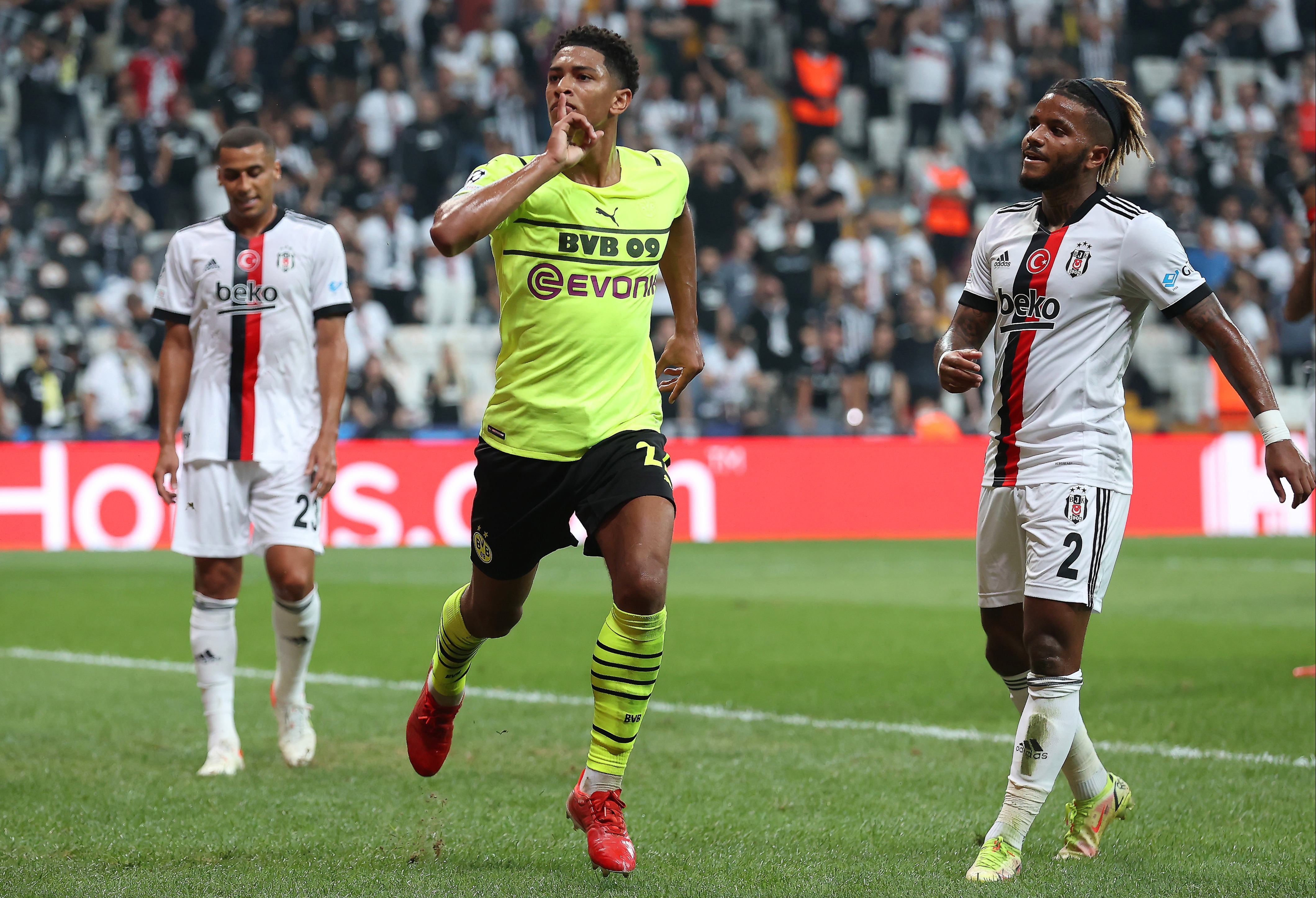 The teenager shushed the Turkish crowd during his celebrationCredit: Getty

A crossfield ball was floated over to Belgian wingback Thomas Meunier, who immediately laid it into the path of the former Birmingham City man.

He controlled the ball on his chest before rifling the ball through the legs of Besiktas keeper Ersin Destanoglu.

And it got even better for Bellingham before the break as he was instrumental in Dortmund’s second goal.

The England star was the most alert from a throw-in, picking up the ball, jinking past a defender and squaring it for Erling Haaland to tap home.

Reacting to his sensational display, one fan said: “Best youngster in the world.”

While a Liverpool fan added: “That celebration was cold. Would love him at Anfield, such a promising talent.” 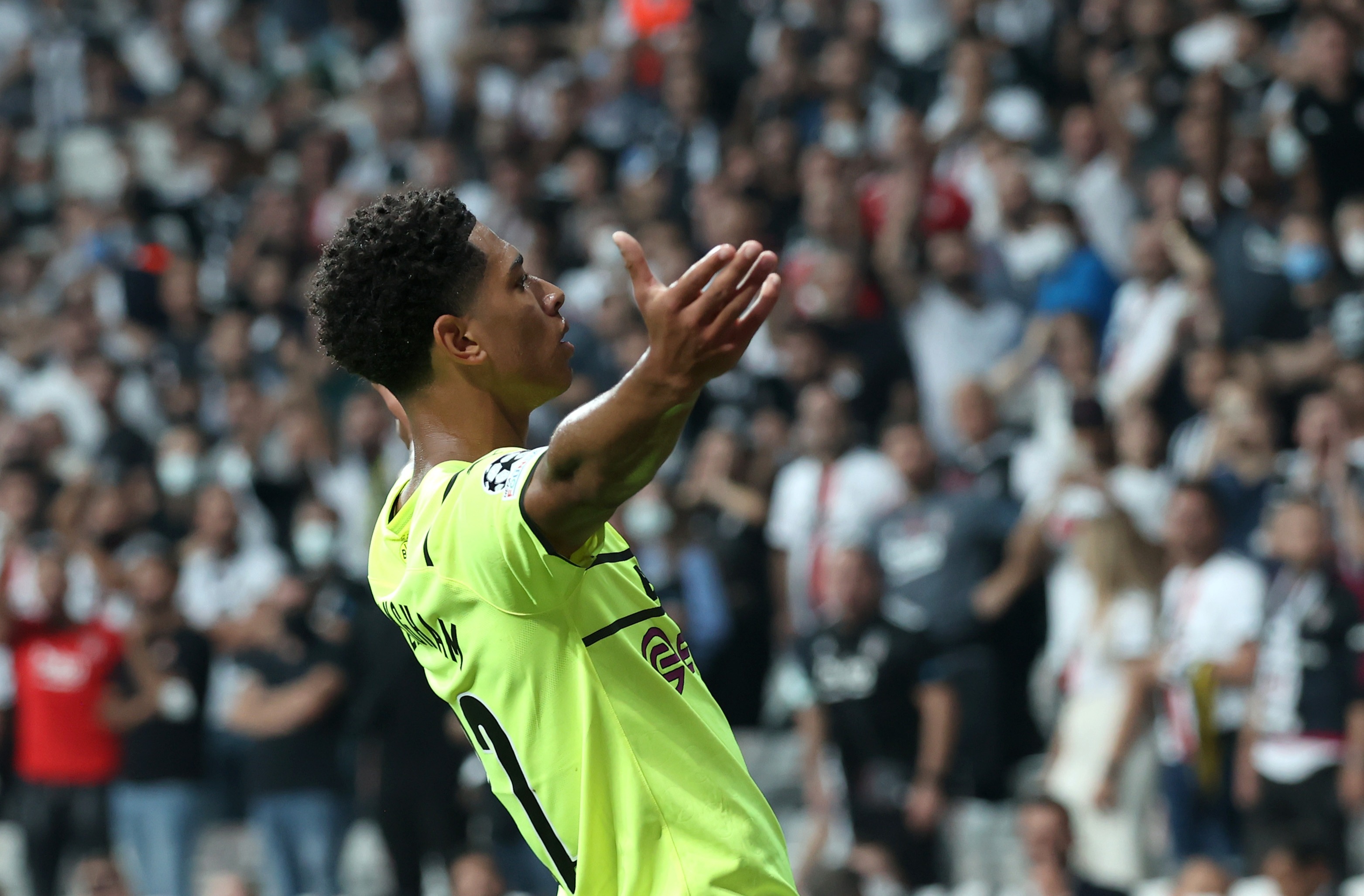 The confidence of the youngster is quite remarkableCredit: Getty 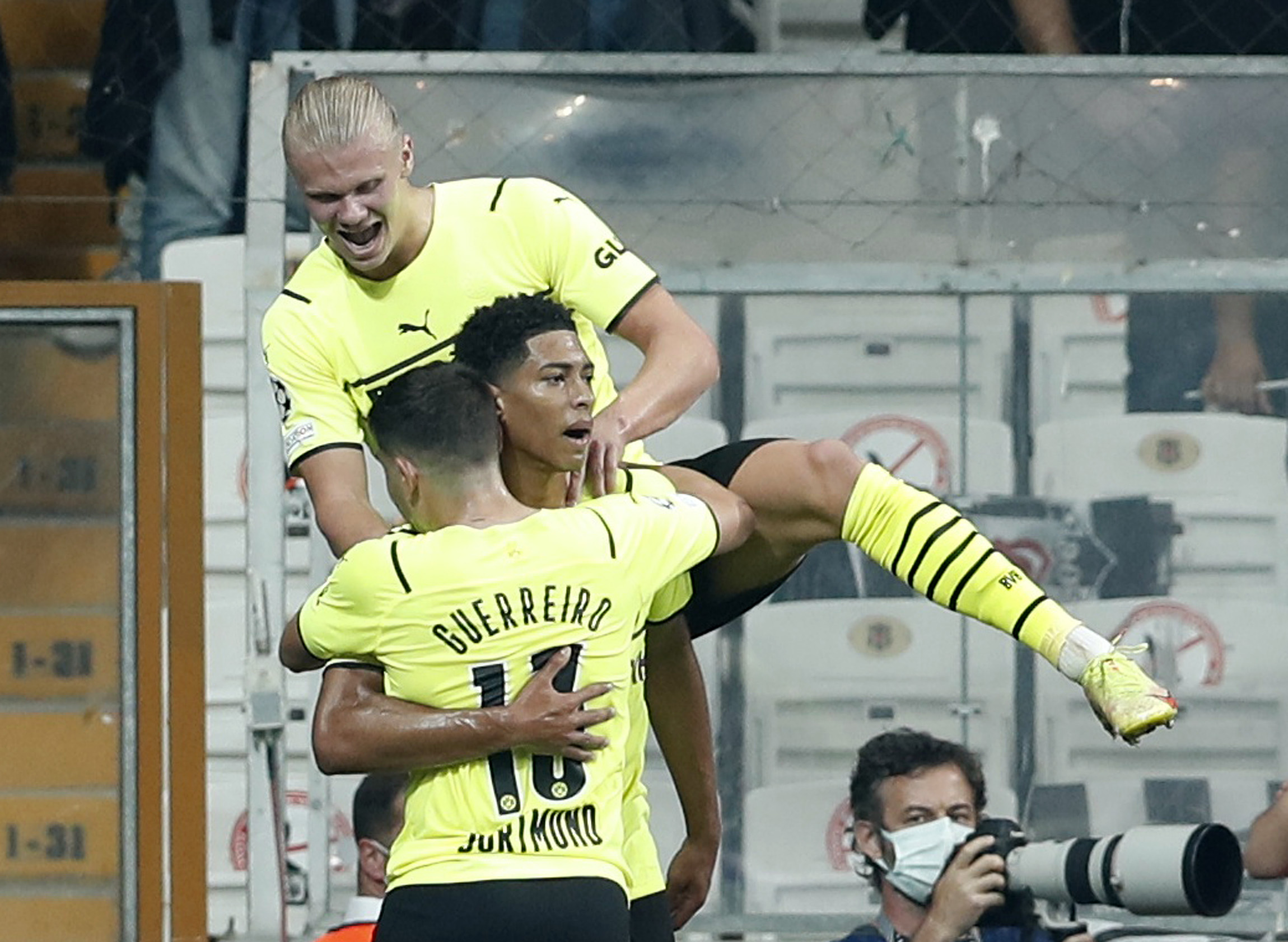 Superstar Haaland joined in the celebrations as he leapt on BellinghamCredit: Reuters

And others feel it is time he was given a regular place in England’s side, with manager Gareth Southgate currently preferring midfielders Declan Rice and Kalvin Phillips over the Dortmund man.

One person said: “[Bellingham] Should start for England ahead of Phillips, he is much more dynamic, can do what Phillips does and more.”

Another user agreed, adding: “This is what you’d get picking him [Bellingham] over Phillips in the England team, as harsh as it may be on Phillips who has done well for England.”

Bellingham’s strike was his first Champions League goal since he netted in the first leg of their quarter-final against Manchester City last season.

Dortmund are joined in their Champions League group by three domestic title winners.

Besiktas, Ajax and Sporting Lisbon will all be battling it out with Marco Rose’s side for a place in the last 16.

Jude Bellingham catches and drinks beer thrown from the crowd

Why Device Management is Crucial to Successful IoT Innovation