LIONEL MESSI made the Reims goalkeeper’s dreams come true – and it wasn’t for not scoring past him.

The six-time Ballon d’Or winner came off the bench to make his PSG debut in a 2-0 win against the side from the Champagne region. 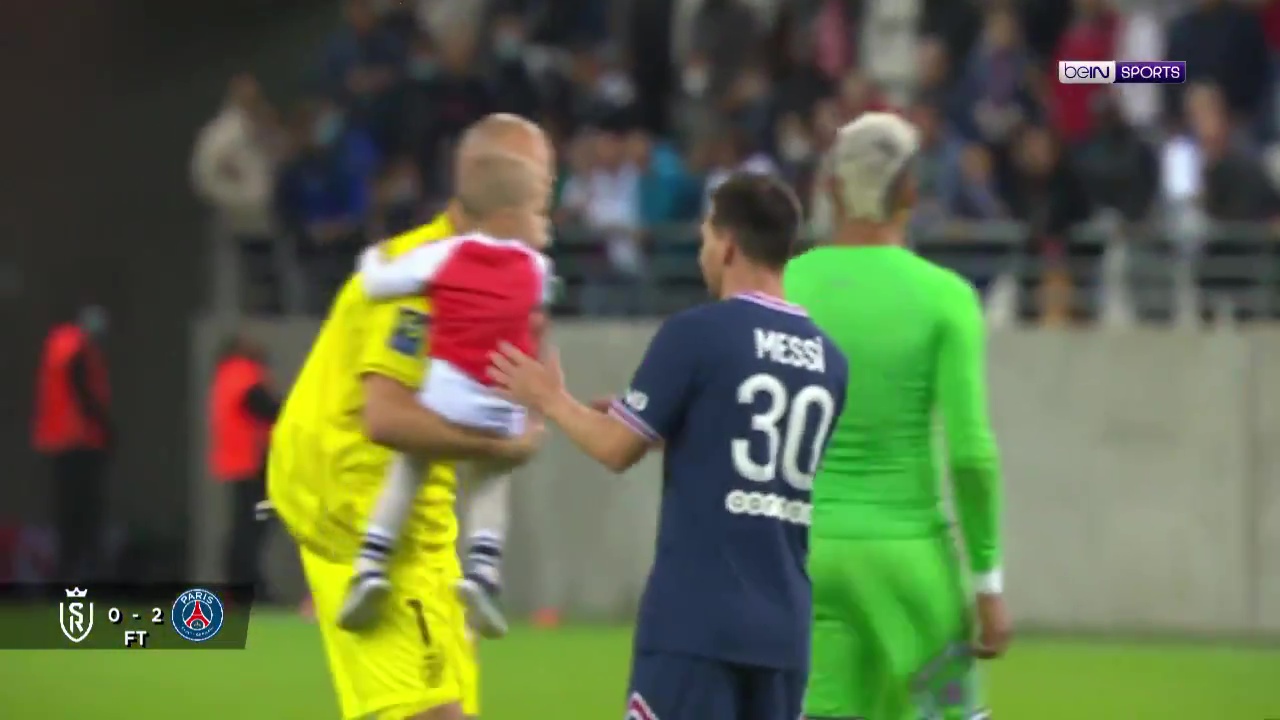 Messi was happy to take the goalkeeper’s son on boardCredit: beIN Sports 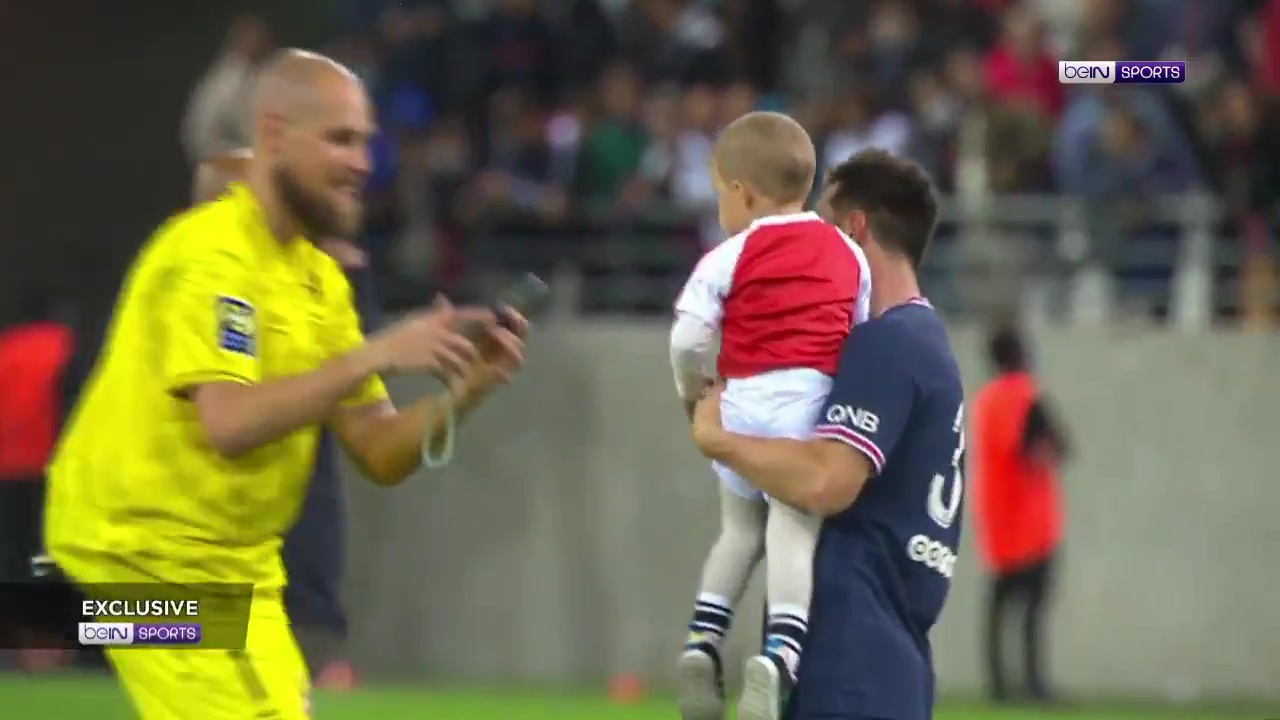 Rajkovic then gets his phone ready to snap the special momentCredit: beIN Sports 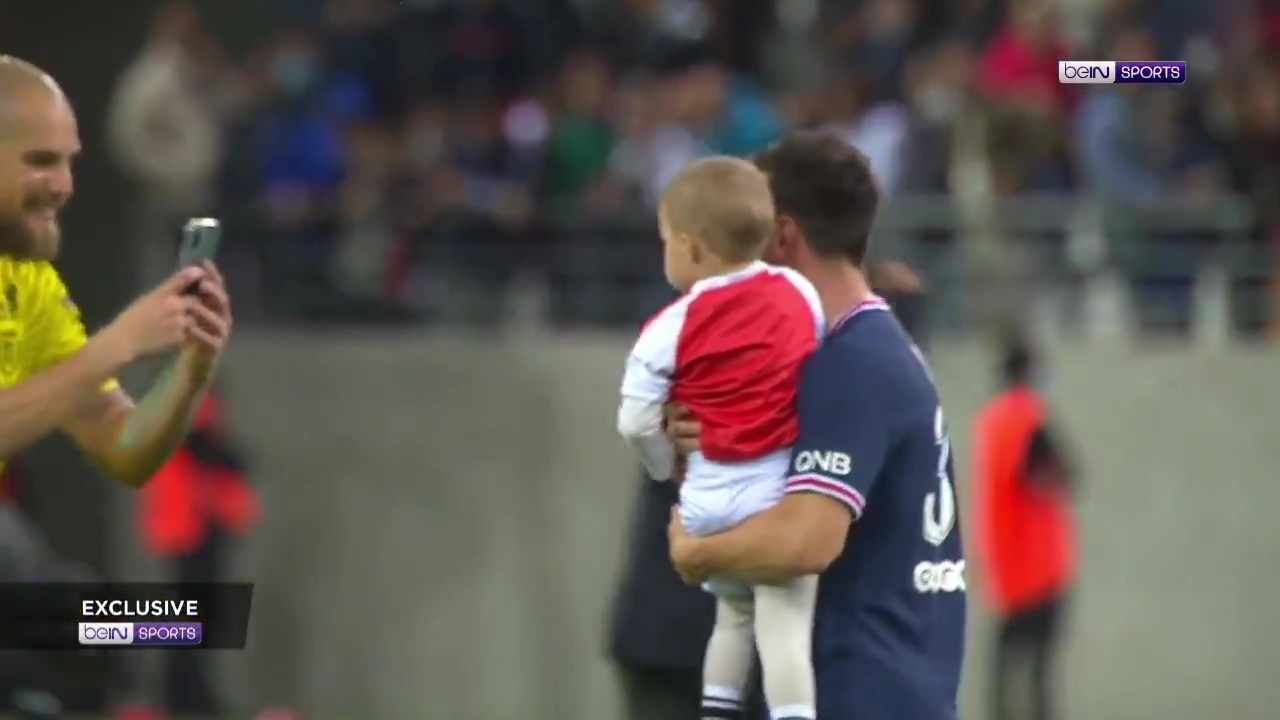 Clearly everyone is delighted in France that Messi is thereCredit: beIN Sports 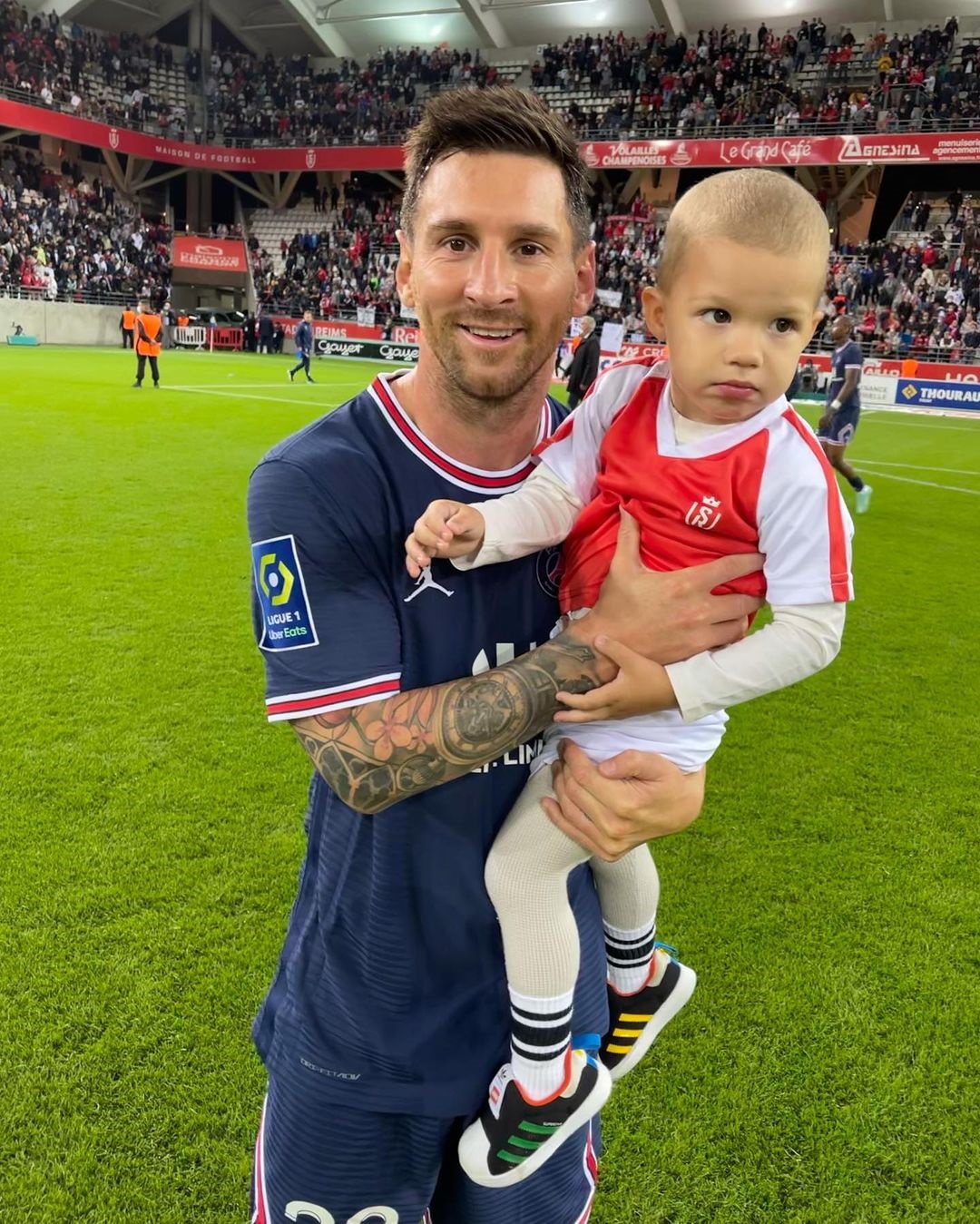 Messi was pleased to pose for the lovely and heartwarming photoCredit: Instagram / @rajkovic__ana

And although he failed to score, Messi’s introduction into the Ligue 1 clash left the visiting PSG fans saluting their new hero.

And after the game the 34 year old showed his caring side by posing for a photo with Reims goalkeeper Predrag Rajkovic’s baby son.

Messi cradled the boy in his arms as the proud father raced opposite to snap the treasured moment.

It appears everyone in the French league are delighted at the Argentine’s sensational move from Barcelona.

Messi, 34, replaced Neymar in the 66th minute – his first appearance for the French giants since his emotional Nou Camp exit.

Many fans were hoping to see the iconic forward start against Reims but his new gaffer decided to introduce him from the bench instead.

Messi received a wonderful reception from fans inside the Stade Auguste-Delaune when he warmed-up for the first time in the 57th minute.

But that was nothing to the applause that echoed around the ground when he was introduced, a moment PSG fans thought they’d never see.

PSG took the lead in the 16th minute through Kylian Mbappe, who may have played his last game for the club.

The World Cup winner has one year left on his existing deal, with Real Madrid reportedly preparing a £154million offer.

The goal was choreographed by Angel Di Maria, delivering a gorgeous left-footed cross from the right flank.

Mbappe couldn’t miss, heading home his 134th goal – but not his last – for the French club.

PSG made a sloppy start to the second half and were almost made to pay when Reims thought they’d equalised in the 51st minute.

Zimbabwean midfielder Marshall Munetsi found the back of the net with a tap-in but the goal was disallowed for offside after a lengthy VAR review.

And Mbappe then settled the game by scoring an excellent second goal just after the hour mark, converting a neat low cross from Achraf Hakimi. 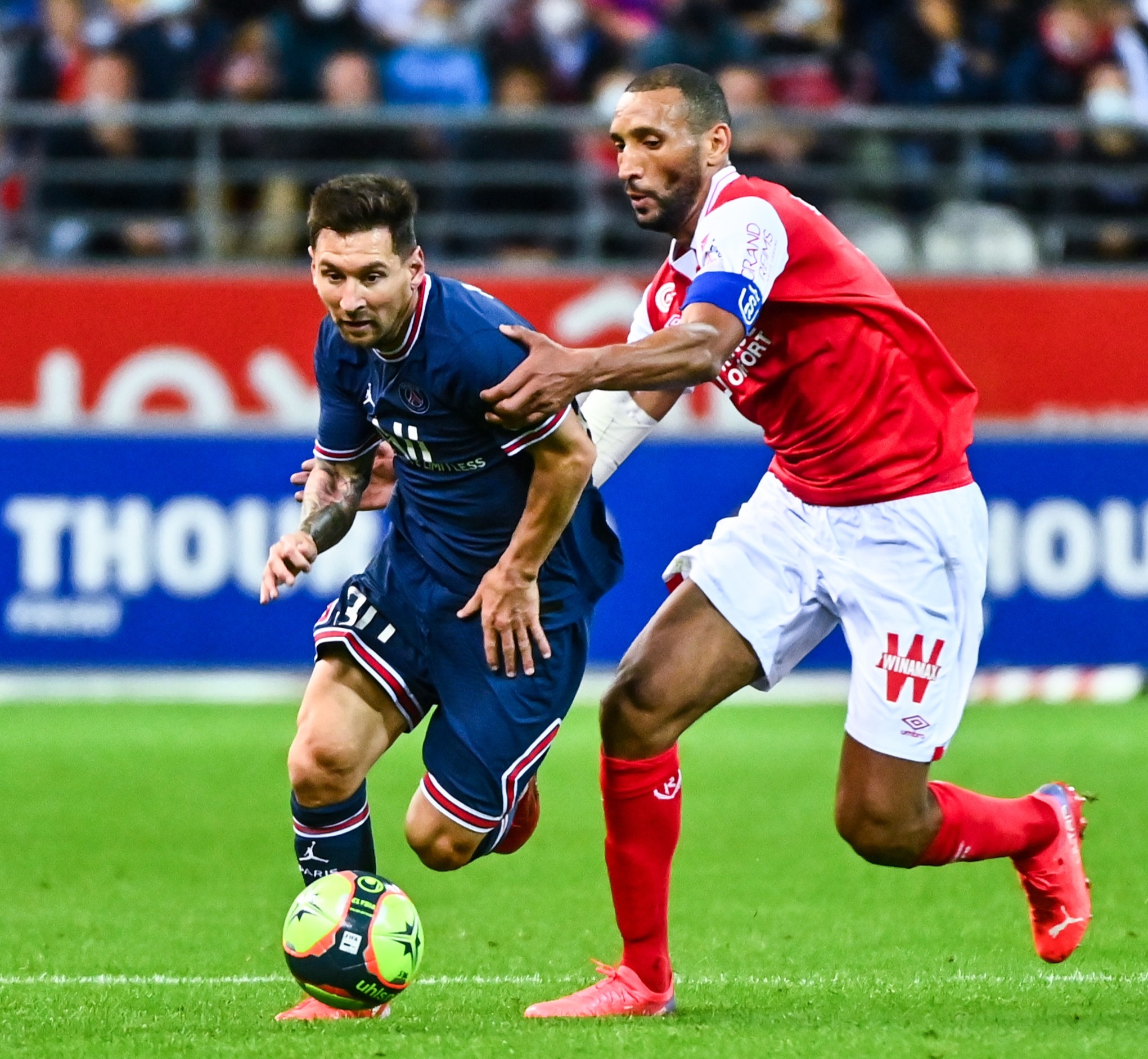 Messi came off the bench for his PSG debut in a comfortable 2-0 winCredit: Getty