The Manchester United and Man City target became the fastest player to 20 score times in the competition in just his 14th game – and the first to hit doubles in four successive ties.

“Marco Reus sets it up and you know who does the rest!”

Erling Haaland strikes again for Dortmund in the #UCL, putting his side 1-0 up vs. Sevilla! ⚽

He can’t be stopped! ? pic.twitter.com/YJoPz1aYO9

TWENTY goals in the Champions League already for Erling Haaland! ?

He’s now the quickest player in #UCL history to hit the 20-goal mark – beating Harry Kane who did it in 24 appearances! 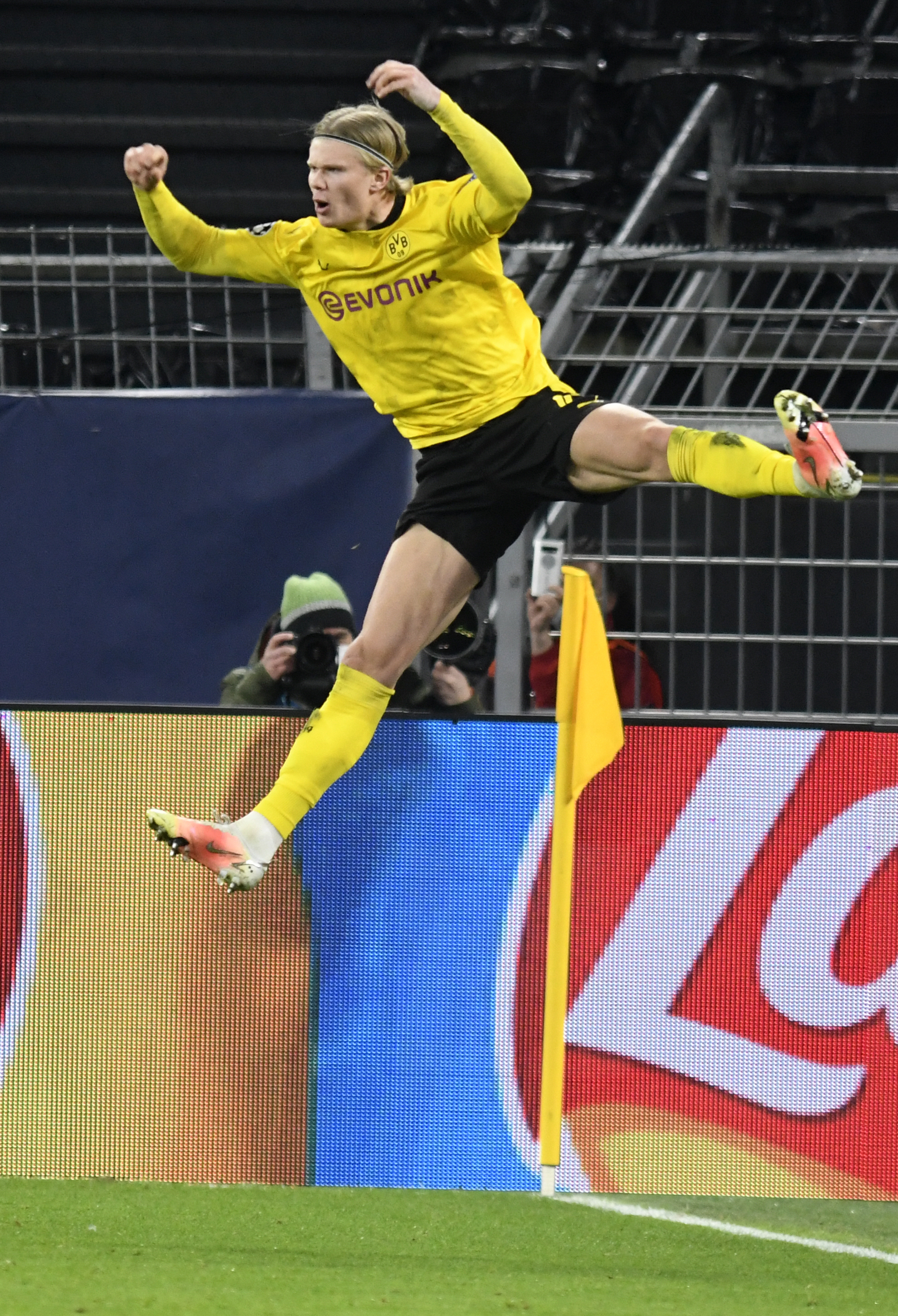 And the Norway striker absolutely shattered the previous-quickest mark to 20 strikes… the 24 matches Harry Kane needed.

Haaland slotted home from a Dortmund breakaway with his first touch in the Sevilla box to ruin the Spaniards’ superiority of the opening 35 minutes.

Then he tucked home a retaken penalty amid ugly scenes to seemingly leave the Germain giants cruising through.

But Youssef En-Nesyri replied with a thumping spot-kick of his own and levelled on the night six minutes into stoppage time.

So, remarkably, meant Dortmund had to survive a nervous finale to triumph 5-4 on aggregate – after basking for so long in Haaland’s brilliance.

Sevilla had also been undone by Haaland in Dortmund’s 3-2 first-leg victory.

United, City and Chelsea appear the frontrunners, should Dortmund cash in on the 20-year-old in the summer.

And he showed once again there might be no better poacher in the world. 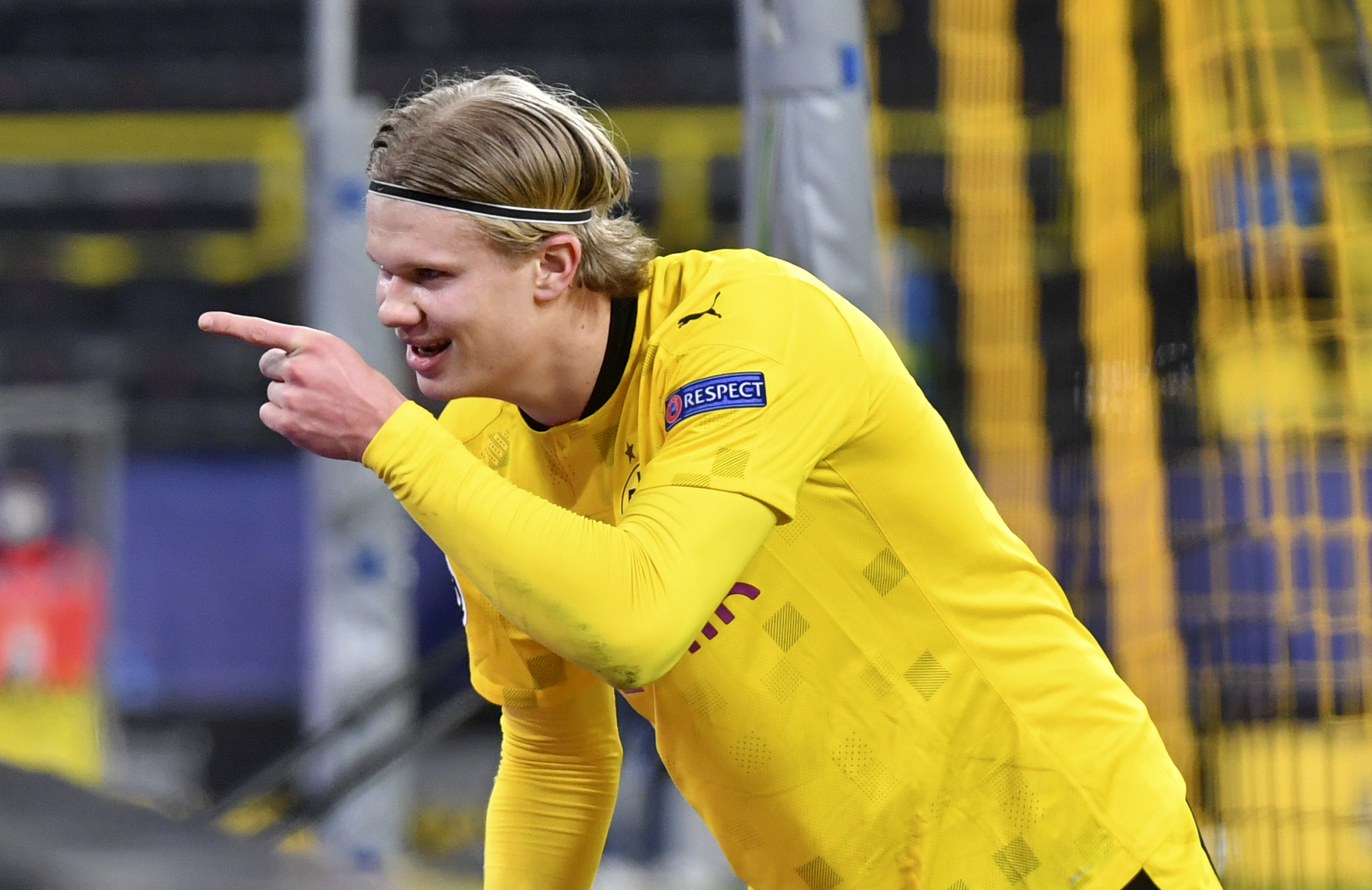 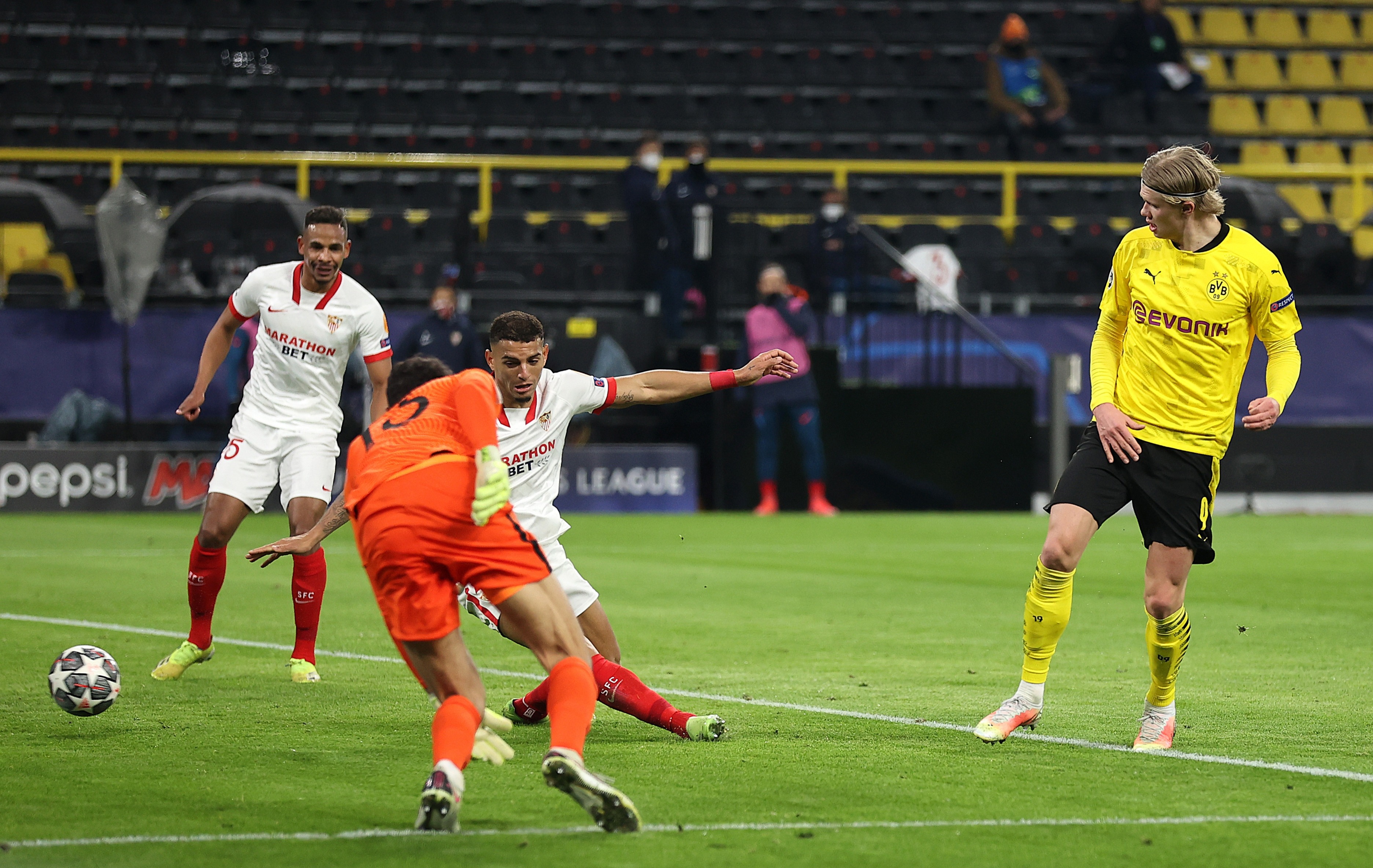 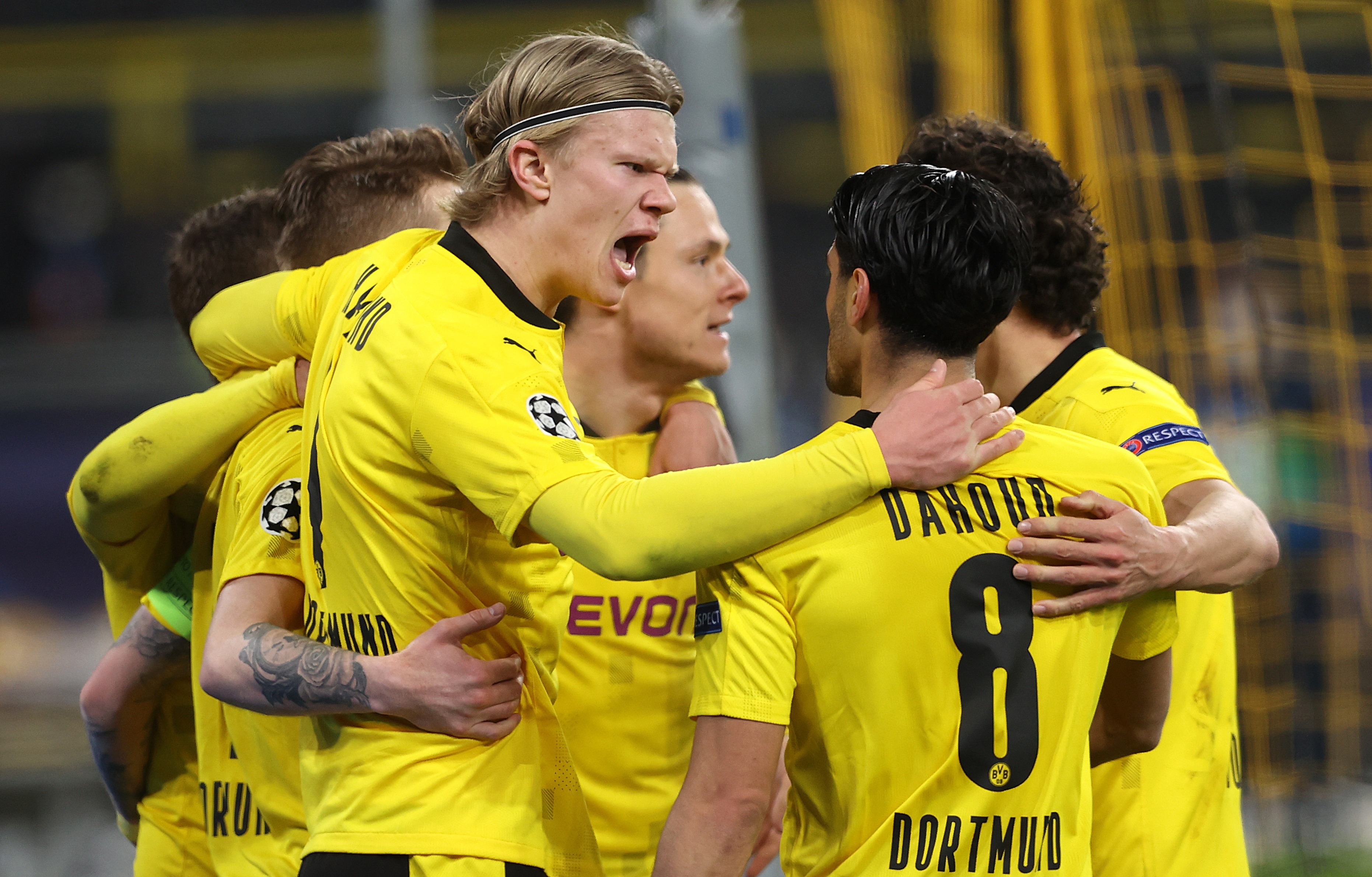 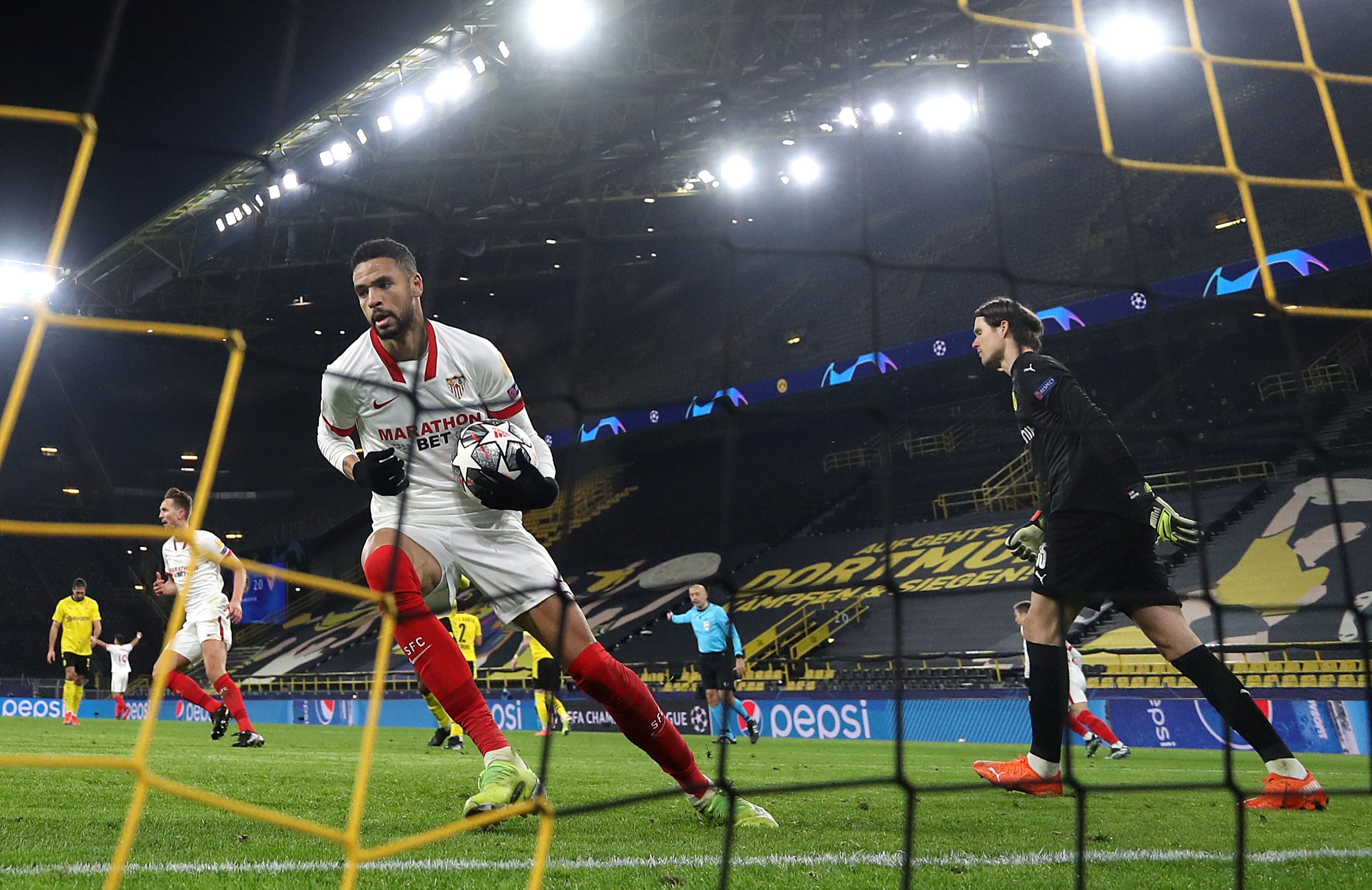 Having tucked home a pull-back from Marco Reus, he doubled Dortmund’s lead with a 54th-minute penalty of amazing drama.

Referee Cuneyt Cakir ruled out a Haaland finish from a tight angle for a foul, having been persuaded to consult VAR.

But on seeing the replays Cakir awarded a spot-kick for Haaland being pulled in the build-up.

But as Sevilla dashed upfield the game, was called back for the keeper having been off his line for the penalty.

That prompted several Sevilla players to pursue him up the pitch.

Dortmund themselves were also given a chasing – as En-Nesyri struck twice.

But in the end Haaland’s history-making was not to be overshadowed.

20 – Borussia Dortmund’s Erling Haaland has now scored 20 goals in 14 UEFA Champions League appearances; the quickest a player has ever reached 20 goals in the competition, and in 10 fewer appearances than the previous record holder (Harry Kane, 24). Astonishing. pic.twitter.com/jaUCwVmIks 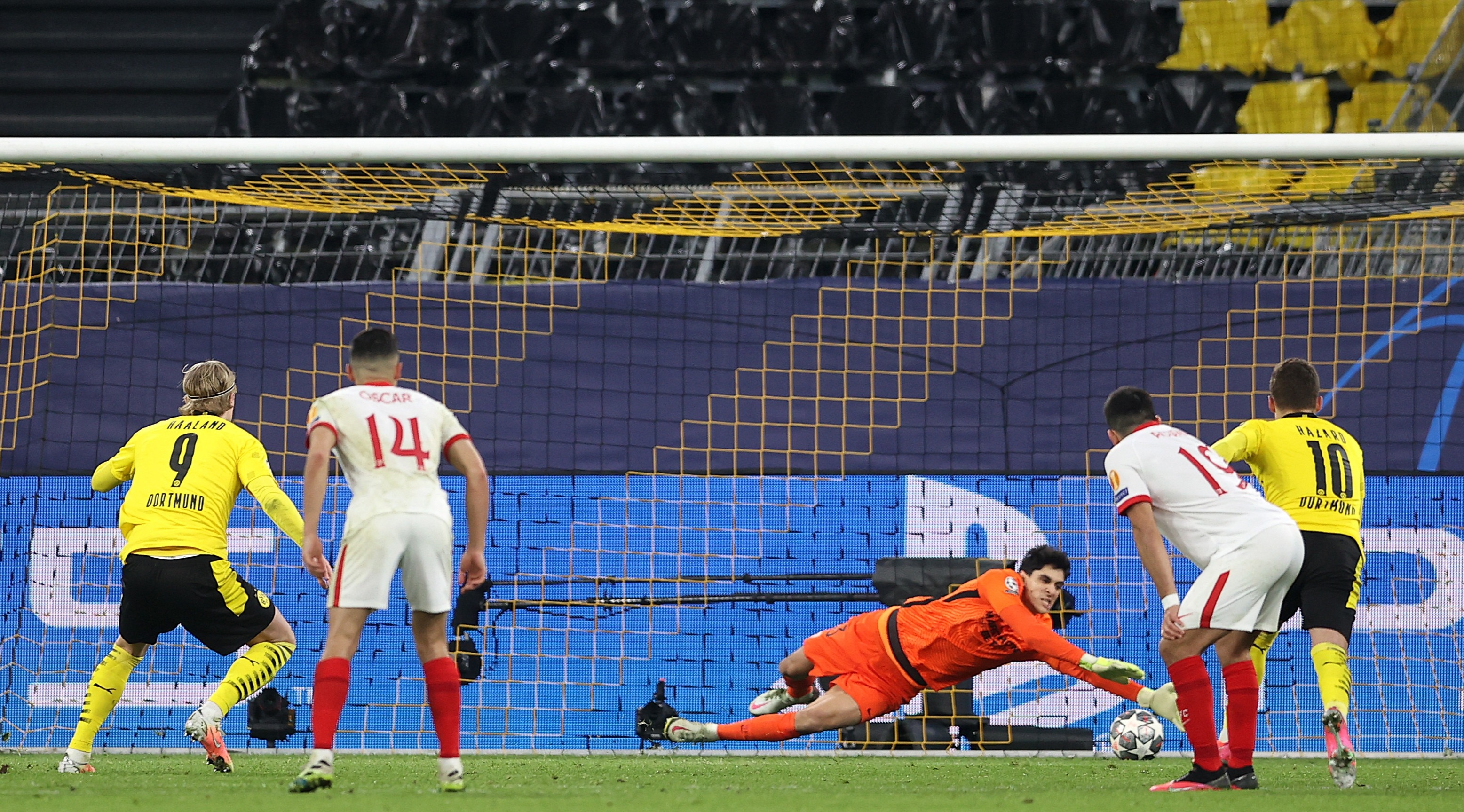