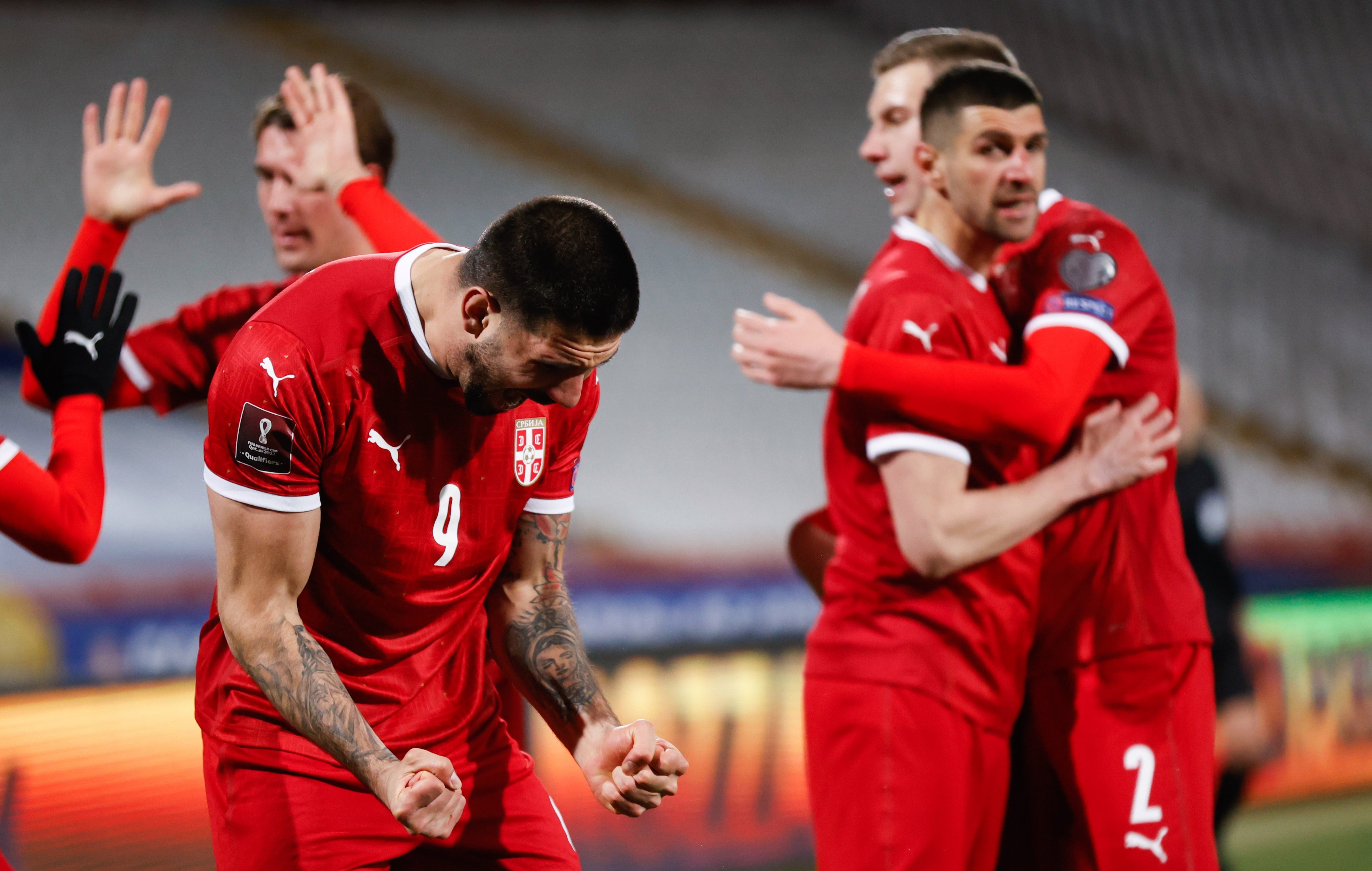 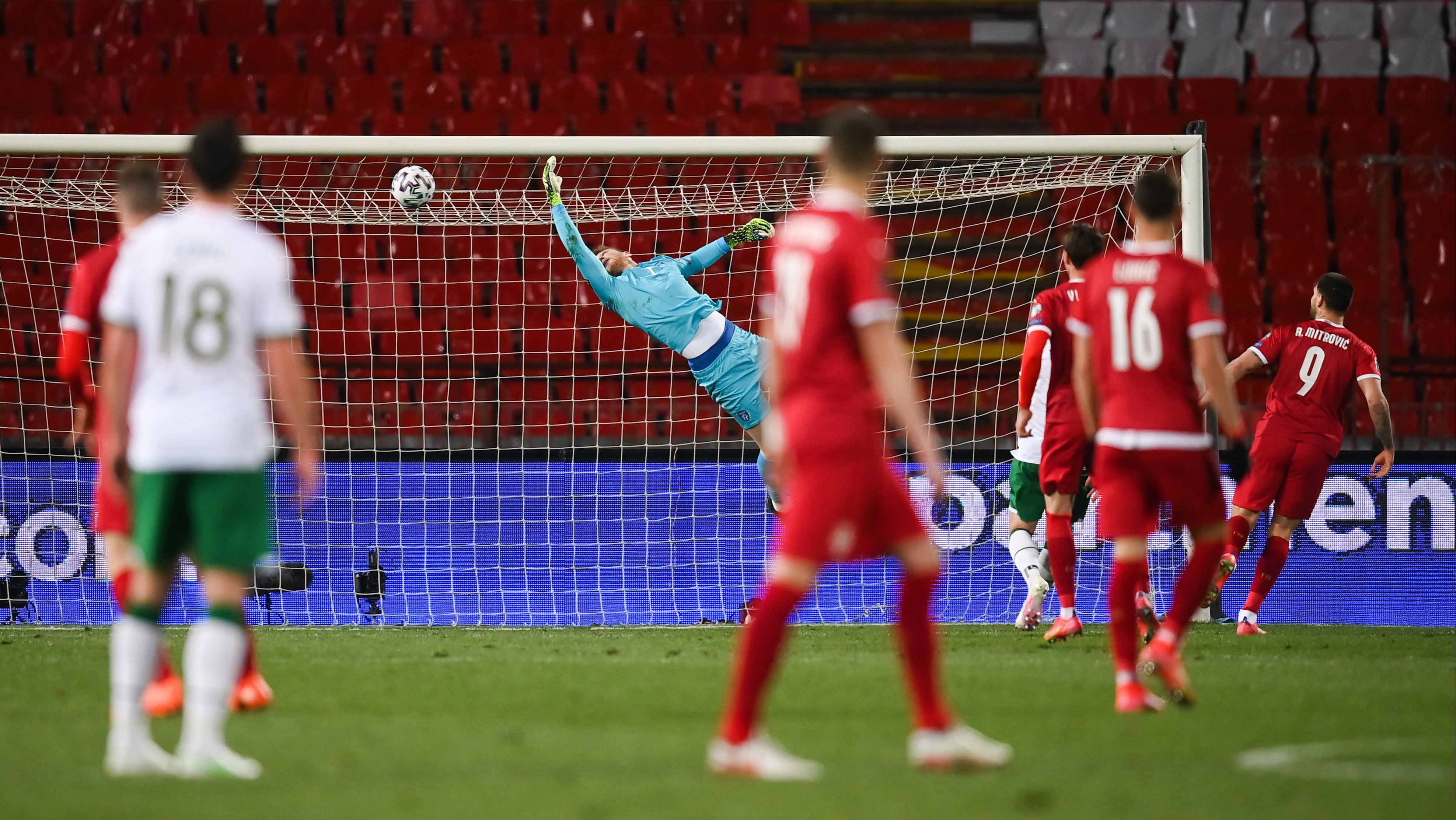 Travers is beaten by Mitrovic

The 26-year-old forward came on in the second half and made an incredible impact with two goals to lift his side to victory.

Fulham ace Mitrovic came off the bench and scored twice in the second half as Serbia wiped out Alan Browne’s early goal on the way to a 3-2 win.

It was a disastrous start for Stephen Kenny’s men who kicked off the World Cup qualifying campaign with little margin for error in a group that also contains Portugal.

With only one team assured of a spot in Qatar and a second team going into a play-off lottery, a good start was top of the agenda to get points and build confidence.

A winless eight-games in 2020 and an Irish record seven games without a goal had dented belief.

The goal drought is over as Browne scored early and James Collins scored late to set-up a grand finale.

But the winless run goes on and Ireland now host Luxembourg on Saturday with a convincing victory required. 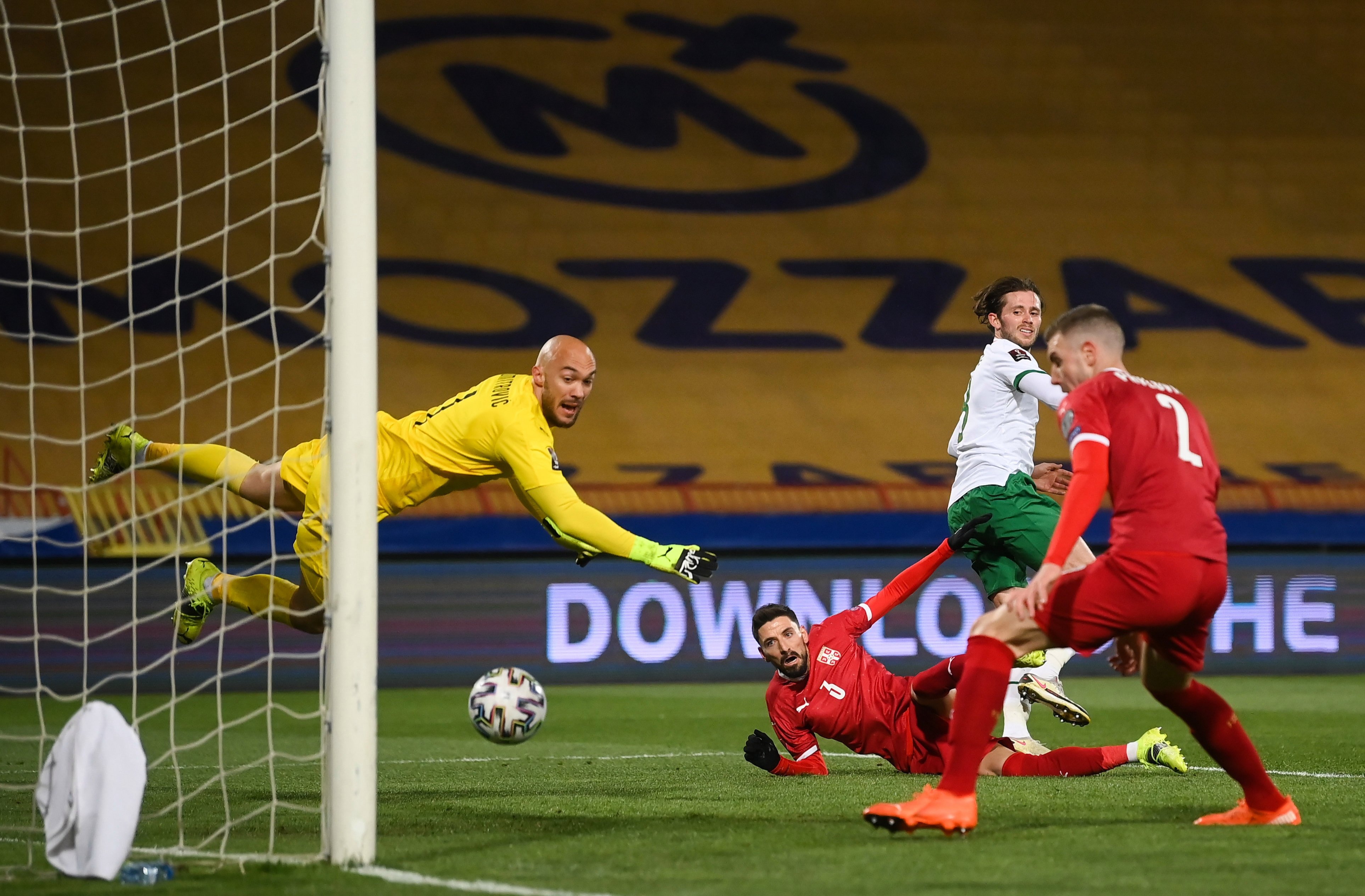 A repeat performance at the weekend should be enough as Kenny’s team continue to produce in patches rather than full matches.

The truth is somewhere in between – this winless run cannot go on much longer.

On the negative side, the goals conceded were all avoidable despite the brilliant finishes of Mitrovic and Dusan Vlahovic, and creativity of Dusan Tadic.

Girl, 15, born with one hand is REFUSED disability payments by DWP leaving mum ‘struggling to live’