PORTO players were forced to pull team-mates Pepe and Mamadou Loum apart after the pair launched into a furious on-pitch bust-up.

The shock scenes exploded at full-time of the Portuguese club’s win over Farense. 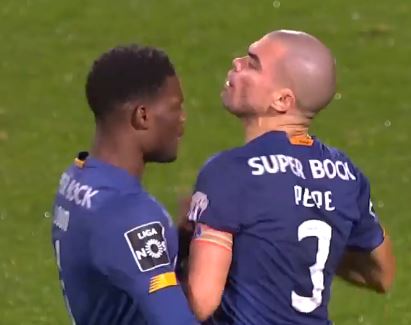 In the usual handshakes and high-fives between the players, substitute Loum, who had only been on the pitch for a matter of minutes, approached Pepe.

The pair slapped hands in a seemingly normal manner and exchanged words before shoving each other apart, Pepe yelling angrily at his colleague.

Midfielder Loum and the veteran defender bumped into each other again before others got involved to calm the feud.

Even referee Helder Malheiro jumped in between the players, grabbing Pepe’s arms to force him back.

After team-mates Agustin Marchesin and Diogo Leite attempted to settle the ex-Real Madrid star, he stormed down the tunnel.

That left 24-year-old Loum to be calmed by striker Modibo Marega while he remained on the pitch among the Porto coaches.

Sometimes the desire to win in a game causes some unfortunate things to happen on one side or the other.

An early Mehdi Taremi strike won the game for the Dragoes as they kept up the pressure on Primeira Liga leaders Sporting CP.

After Monday night’s game, Porto coach Sergio Conceicao stated that the disagreement was minor and resolved.

He told reporters: “There is nothing to explain, these are normal things in football.

“It happens when players from the same team have a different opinion. It was that moment of disagreement.

“In addition, we are talking about a team with character and personality and this is clear to see. Everything is resolved.”

Senegal international Loum, after only his fifth appearance of the season, apologised to Porto fans in a statement on social media after the game. 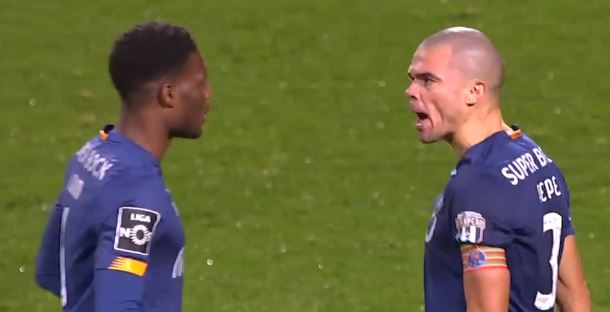 He wrote: “I would like to apologise to all fans of FC Porto for the unfortunate incident that occurred tonight.

“This should never have happen. Pepe is an older brother and I learn a lot from him.

“Sometimes the desire to win in a game causes some unfortunate things to happen on one side or the other.

“I have always been a model of discipline and devotion to the club and I intend to keep it that way.”