FROM history-making to histrionics – Erling Haaland spiced up his latest record-breaking spree with an amazing exchange over a retaken penalty.

The Borussia Dortmund striker completed his fourth successive Champions League double in the most dramatic way possible as the Germans edged out Sevilla 5-4 on aggregate. 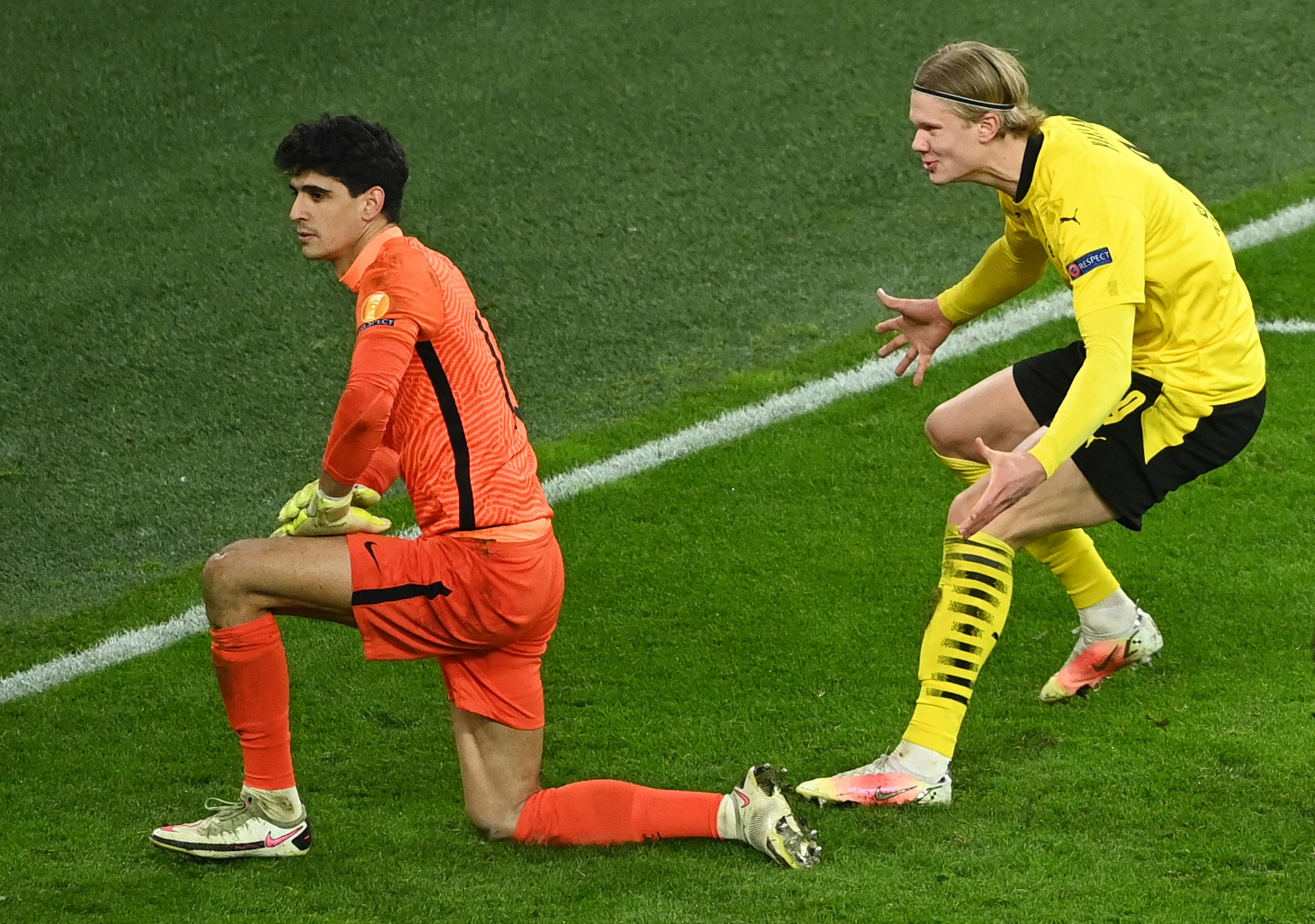 Erling Haaland roars back at Sevilla keeper Bono after converting the retaken penalty during the 2-2 draw, Dortmund winning 5-4 on aggregateCredit: Reuters 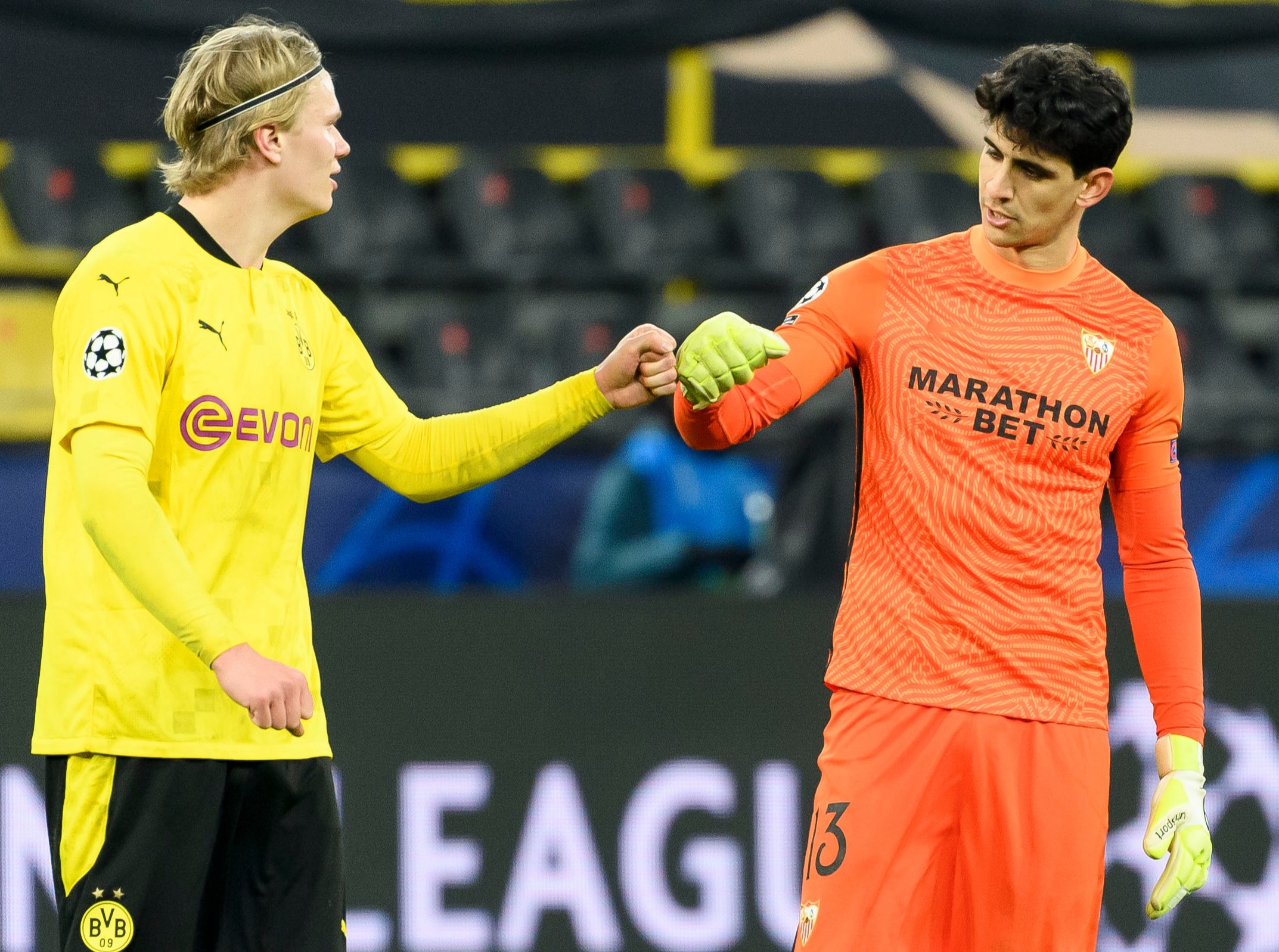 Miss and make-up – as Erling Haaland and Bono show there are no hard feelings after their penalty anticsCredit: Getty Images – Getty

Youssef En-Nesyri hit two goals of his own to level it up at 2-2 on the night before Dortmund clung on.

Haaland was caught on camera taking his revenge on Bono by yelling “unlucky!” in the Sevilla keeper’s face when he tucked home his second spot-kick attempt.

That strike made it 20 Champions League goals in record time, with the Norwegian taking 14 matches – ten games quicker than second-placed Harry Kane.

With Dortmund 1-0 up through Haaland’s opener, the spot of drama began when referee Cuneyt Cakir ruled out a second effort by the Norway superstar for a foul.

But Cakir spotted a push on Haaland in the build-up and so awarded a penalty.

Bounou saved it and lapped up the moment by celebrating in the Manchester United target‘s face.

Sevilla continued play but Cakir called it back after deciding Bounou had stepped off his line for the spot-kick.

This time Haaland netted his penalty – and stooped down to roar in the face of Bono as the crestfallen stopper climbed off the floor.

That action split social media, some fans saying football needs “characters” like Haaland while others claimed it was bad sportsmanship.

Haaland and Bono made it up at the end, swapping fist-bumps and smiles.

And the best response was music to Haaland’s ears, with a reference to two members of rock band U2.

That came from this armchair pop: “He certainly got the Edge over Bono.”