DIVOCK ORIGI was left ruing a huge opportunity as Liverpool finally lost their incredible home record in a shock defeat to Burnley.

Given his first Premier League start of the season, the Belgian was gifted a massive chance by Ben Mee just before half-time. 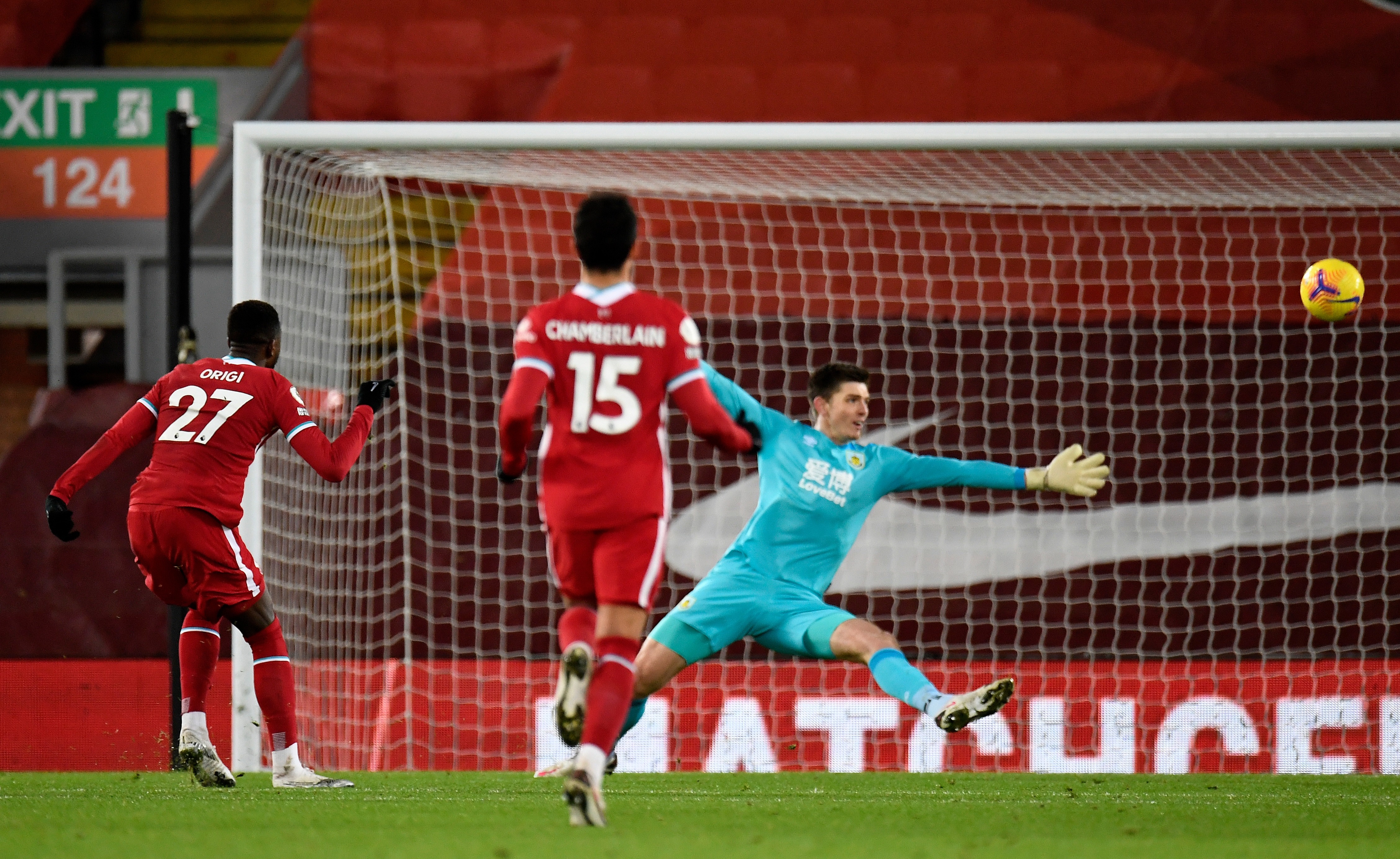 The Burnley defender’s weak backpass in the final minutes of the first-half sent Origi into a one-on-one.

However, up against Nick Pope, the striker slammed his effort against the underside of the crossbar.

Origi watched on stunned as the ball bounced clear and into the grateful arms of the Burnley goalkeeper.

Jurgen Klopp entrusted the 25-year-old in Thursday’s clash at Anfield despite his miserable record of one goal in his ten appearances this season.

And Origi failed to break the deadlock with his four attempts on goal, two of which were on target.

The Reds were made to regret the missed chances, with Ashley Barnes winning and then converting a late penalty in a shock victory.

The defeat made it five Prem games in a row without a win for the defending champions – and also ended an unbeaten run of nearly FOUR YEARS at Anfield. 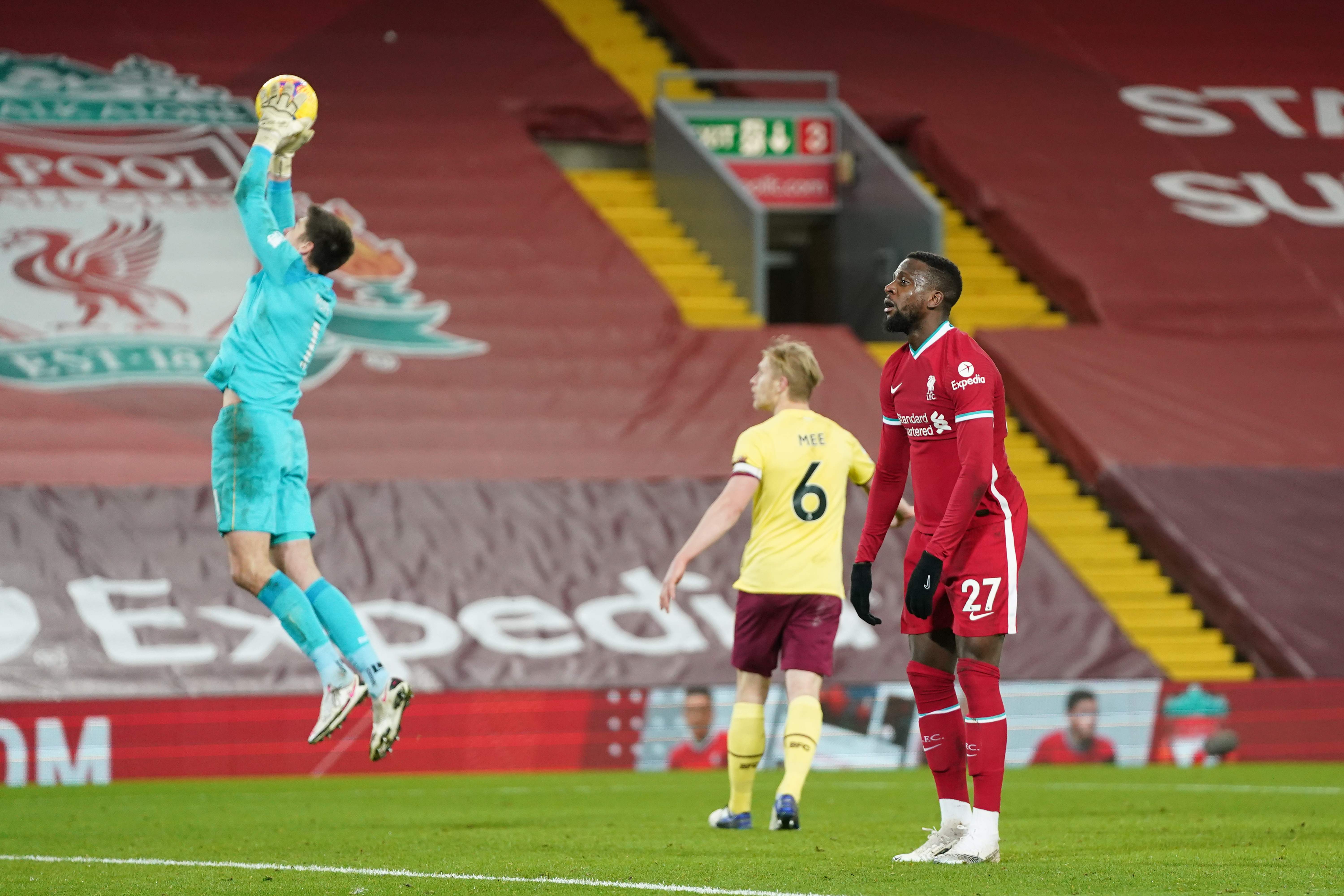 Origi was left stunned by the chance going beggingCredit: AFP 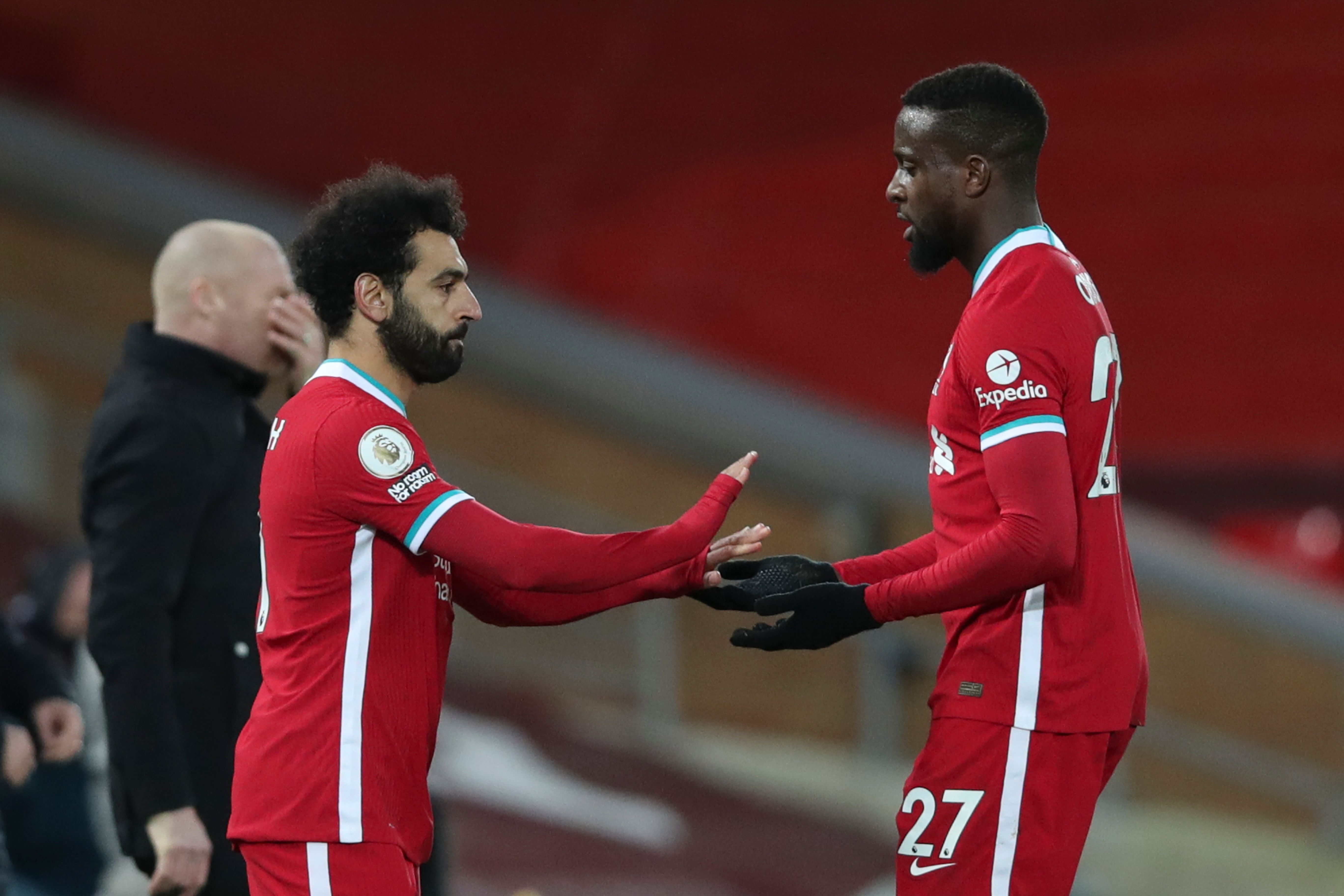 Ten minutes into the second-half, he was replaced by Mohamed SalahCredit: AFP

“He got everything right until he decided to smash it, instead of trying to curl it around Nick Pope.”

After 56 minutes, the Liverpool boss had seen enough and subbed him off to be replaced by Mohamed Salah.

In the same change, Alex Oxlade-Chamberlain was hooked for Roberto Firmino after a difficult opening hour for the Reds.

Tension was high at the break and visiting manager Sean Dyche squared up to Klopp following a tangle on the pitch.

Fabinho and Ashley Barnes went up for a high ball and the collision ended with the Burnley striker on the deck.

Joel Matip reacted angrily and a melee broke out among the players, before Fabinho was booked.

Dyche had already begun heading down the tunnel when a frank exchange of views broke about between the Clarets boss and his opposite number.

Origi’s miss proved even more telling late in the game when Barnes won and converted a penalty to seal Burnley a shock 1-0 win.