ERLING HAALAND made a lucky pitch invader’s day by giving him some VIP treatment after his latest match-winning display for Borussia Dortmund.

The Norway superstar handed over his shirt to the fan and hugged him before posing for a selfie on the pitch in front of 64,000 fans.

Haaland enjoys the first goal of his double against Mainz on SaturdayCredit: Getty 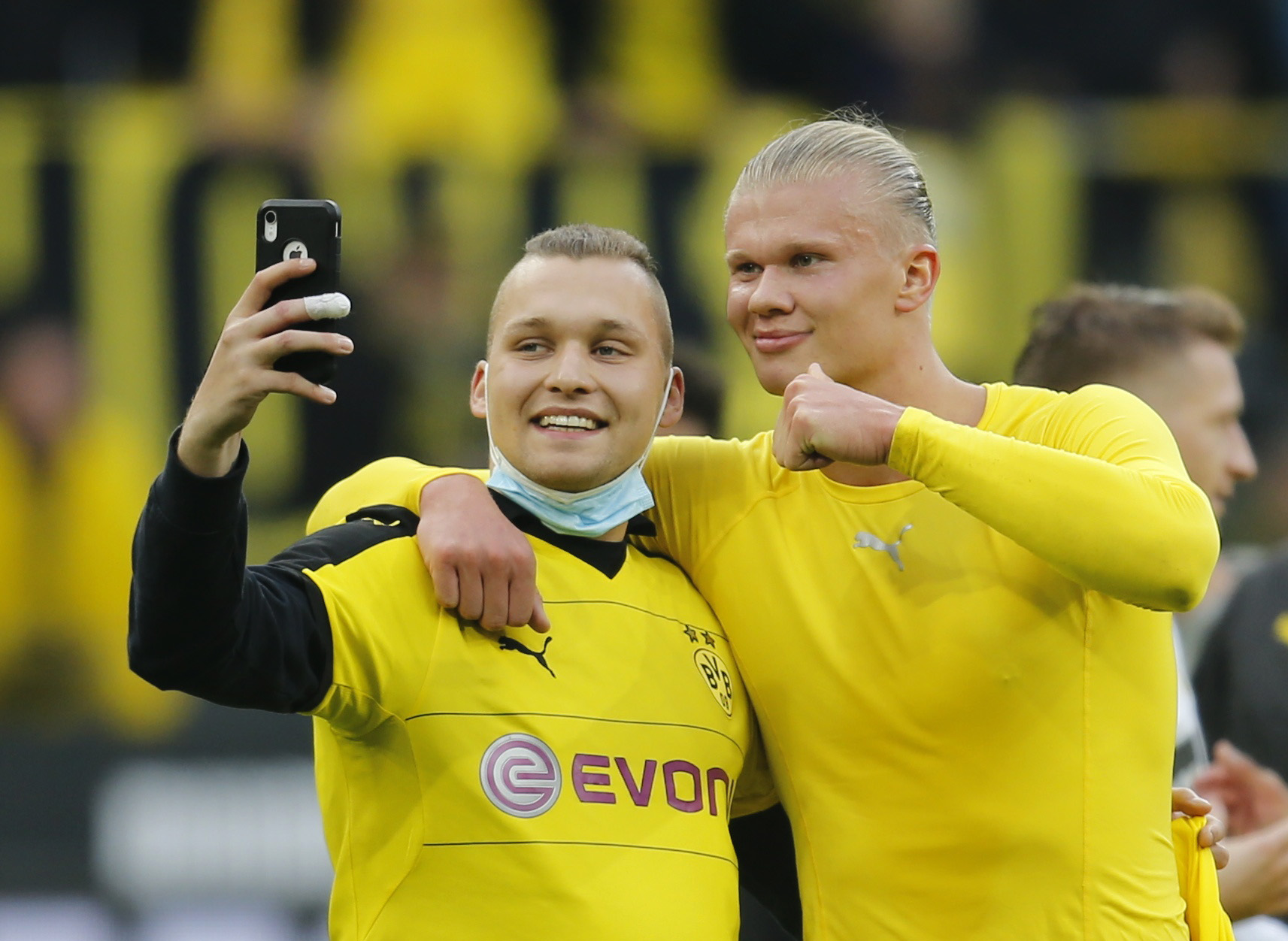 Haaland celebrated with a pitch invader after Dortmund’s winCredit: Reuters 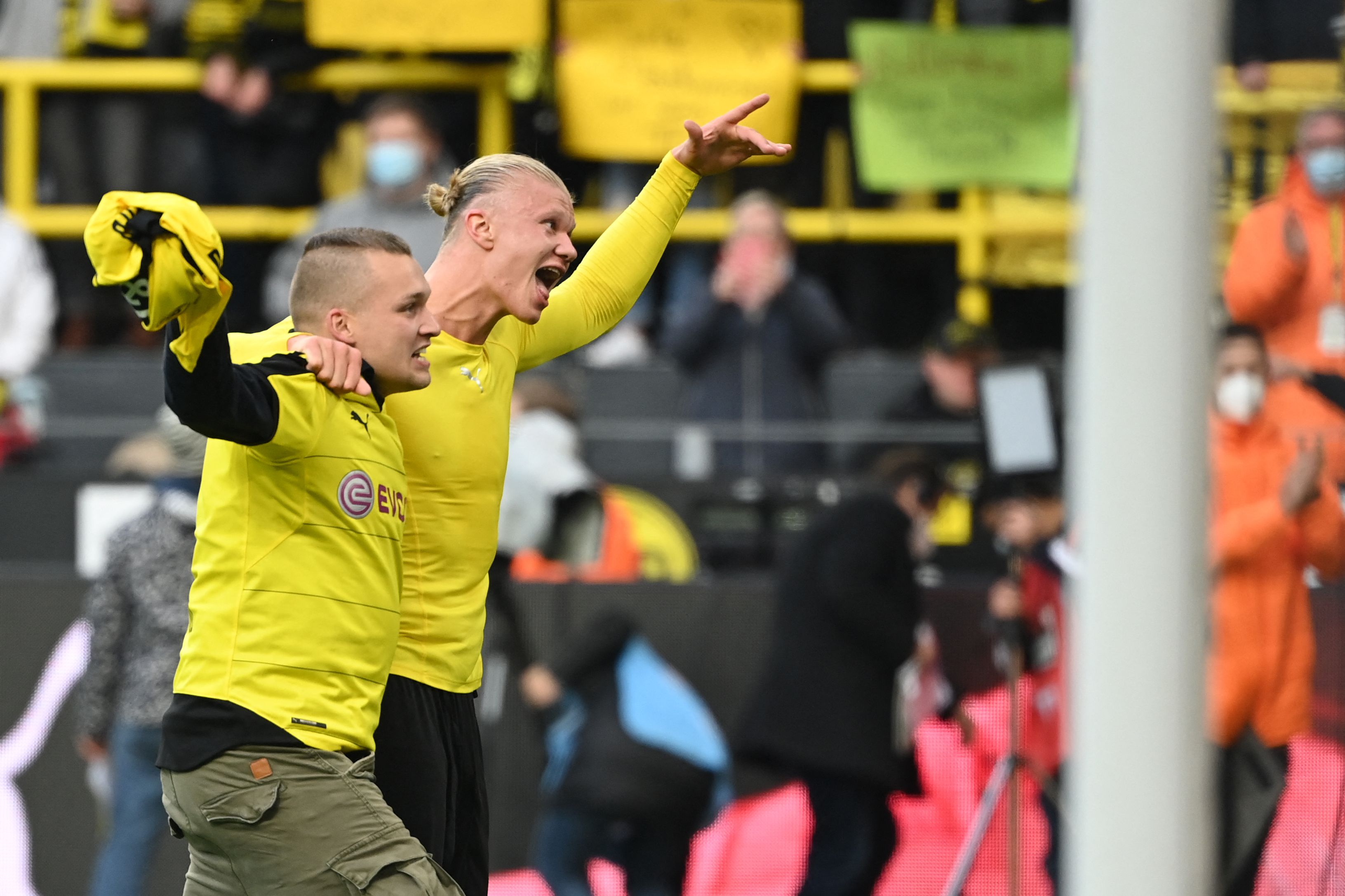 Haaland made the fan’s day with his celebrationsCredit: AFP

Haaland, 21, had scored twice on his return from a muscle injury as Dortmund beat Mainz 3-1 on Saturday to go top of the Bundesliga.

The Terminator, who had been out since late September and missed three games, scored a penalty in the second half and again deep in stoppage time.

And while he was celebrating with his team-mates, an excited Dortmund fan came onto the Westfalenstadion pitch to join in the fun.

Rather than wait for the security guards to drag him away, Haaland happily posed for a photo before jumping up and down with him in front of the crowd.

Sport1 reporter Patrick Berger tweeted footage of the pair enjoying themselves and it quickly went viral on social media.

The video quickly got more than 200 retweets and over 1,200 likes within five hours of it being tweeted.

Marco Reus, who scored Dortmund’s other goal, said: “It is clear Erling has been missing from our team.

“It is important that he plays because he constantly keeps two or three players occupied.

“To score two goals on his comeback is top. That is why we signed him.”