CHELSEA have shared scenes from their Champions League triumph showing Thomas Tuchel and Roman Abramovich meeting for the first time.

The two can be seen embracing on the pitch at the Estadio do Dragao following Kai Havertz’s match-winner against Manchester City last Saturday. 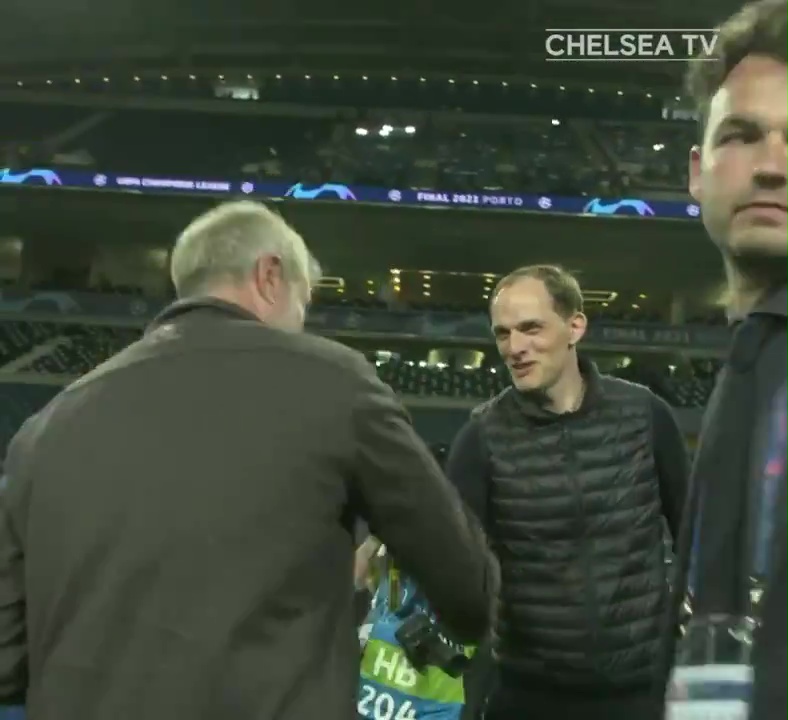 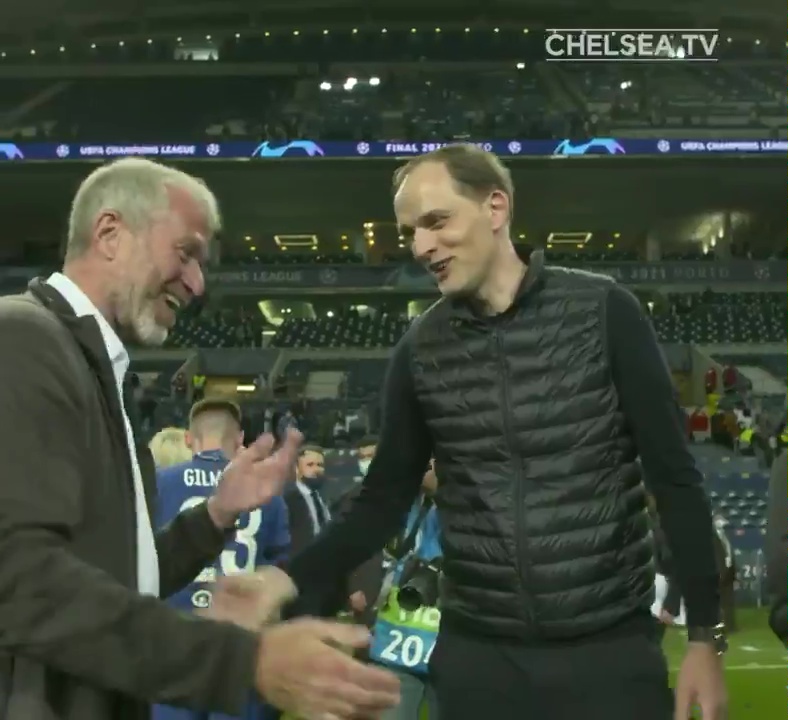 Tuchel is set to be handed a new deal by Chelsea after guiding the club to European gloryCredit: Chelsea FC

Abramovich hasn’t watched his side live in the UK since 2018 due to visa issues, but was caught on cameras revelling in the celebrations from the Blues‘ second European Cup.

The Russian billionaire also gave club captain Cesar Azpilicueta a big hug, with the Spaniard telling him: “I don’t know where the trophy is.

“But we’re giving it to you because it yours.”

To which a gleeful Abramovich simply said: “Thank you.”

The 54-year-old is then seen shaking hands with German gaffer Tuchel in what was the their first meeting since his appointment in January.

Commenting after the victory over the Citizens, Tuchel remarked: “I think I have a new contract already.

“My manager said something to me about it – but I don’t know for sure. It was a special moment to meet the owner for the first time on the pitch.

“It was the best time for that – or maybe the worst because it can only get worse after this.” 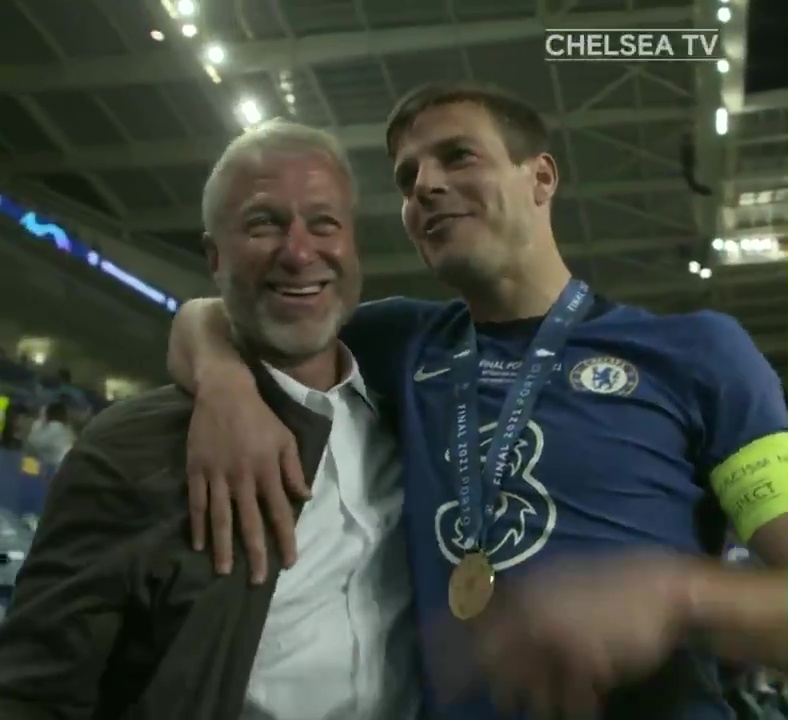 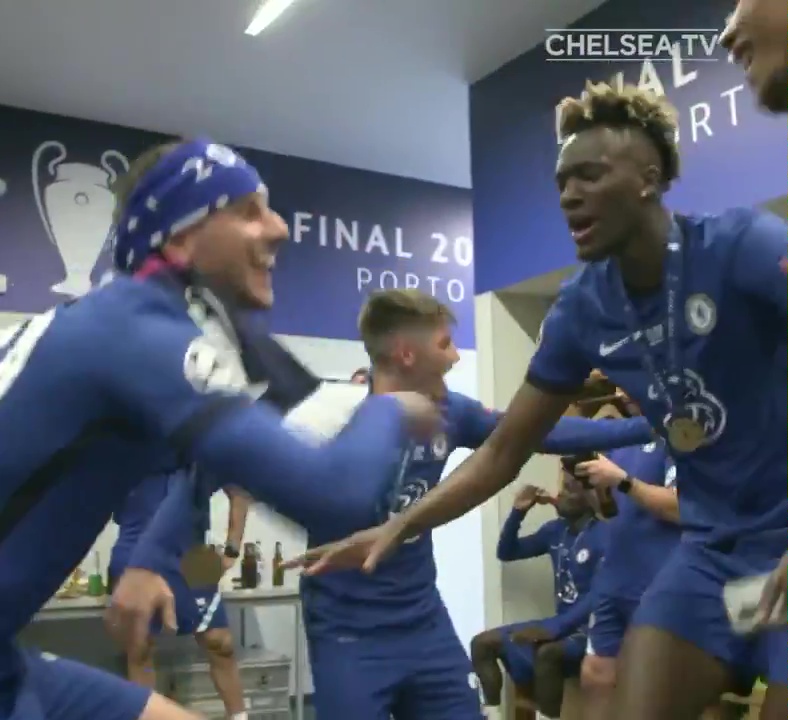 Mason Mount and Tammy Abraham could be seen dancing in the dressing room following the Champions League triumphCredit: Chelsea FC

Before adding: “I can assure him I’ll stay hungry, that I want the next title, I feel absolutely happy and part of a really ambitious club and a strong group that suits my beliefs and passions about football in this moment perfectly.

“My desire is go for more victories, my desire is to push the group from the first day of next season to the limit.

“We have work to do to close the gap and this is what I am all about. It will be nice to meet him a bit closer.

“We are in contact, not personal, but we are in constant contact. He knows what’s going on from me directly. It was nice to meet him.”

The clip shared by Chelsea on Twitter ends with the dressing room celebrations where a number of players are dancing to Fatman Scoop’s Be Faithful.

German defender Antonio Rudiger is celebrating for the second time in a week following the birth of his second child. 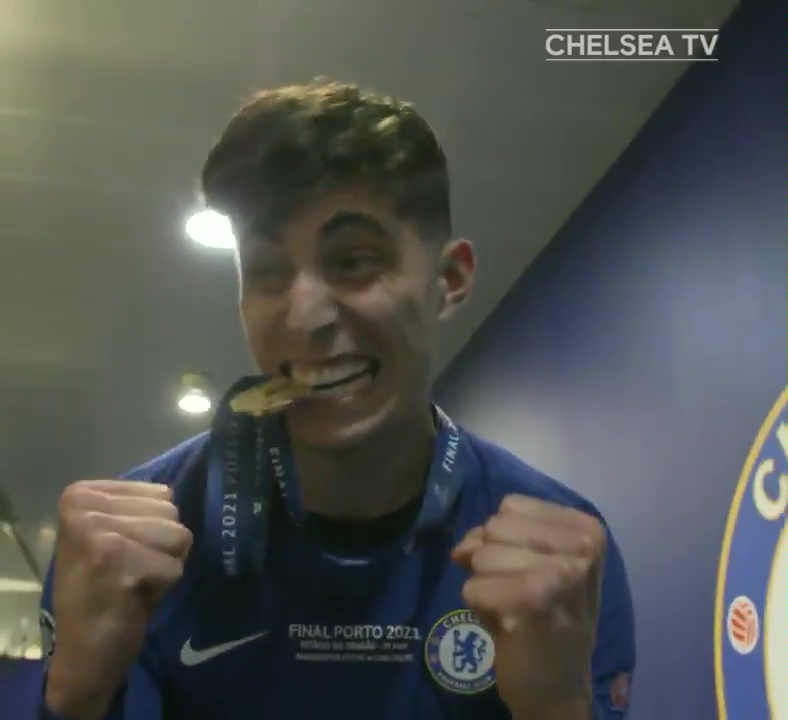 Kai Havertz scored the only goal of the game in Saturday’s meeting against the CitizensCredit: Chelsea FC