It summed up a terrible night for Marseille, who fell to a 2-0 defeat against their bitter rivals. 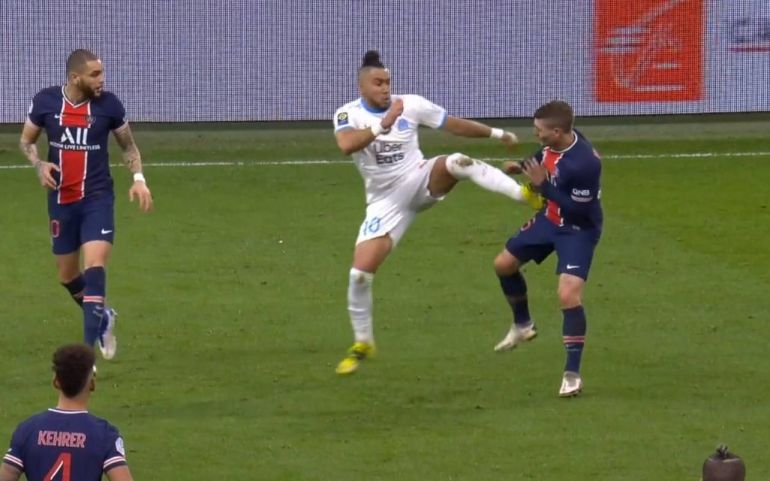 Dimitri Payet was unsurprisingly sent off for this

There were just seconds to go when Payet got his angles badly wrong and launches a flying kick into Verratti’s torso.

The referee didn’t hesitate in showing Payet a red card, with the player hanging around to check on his decked opponent.

Kylian Mbappe and Mauro Icardi found the back of the net in the first half to put third-placed PSG on 51 points from 24 games.

They are three behind leaders Lille and one adrift of Lyon, who also won their matches this weekend.

The result left troubled Marseille, who have lost four of their last five games in ninth place on 33 points from 22 games.

Marseille have been hit by off-field problems, with supporters breaking into the training centre amid protests against president Jacques-Henri Eyraud.

Head coach Andre Villas-Boas was sacked after offering to resign and city mayor Benoit Payan has revealed he wants to sell their Stade Velodrome stadium.

The club were, therefore, in desperate need of a victory against PSG. 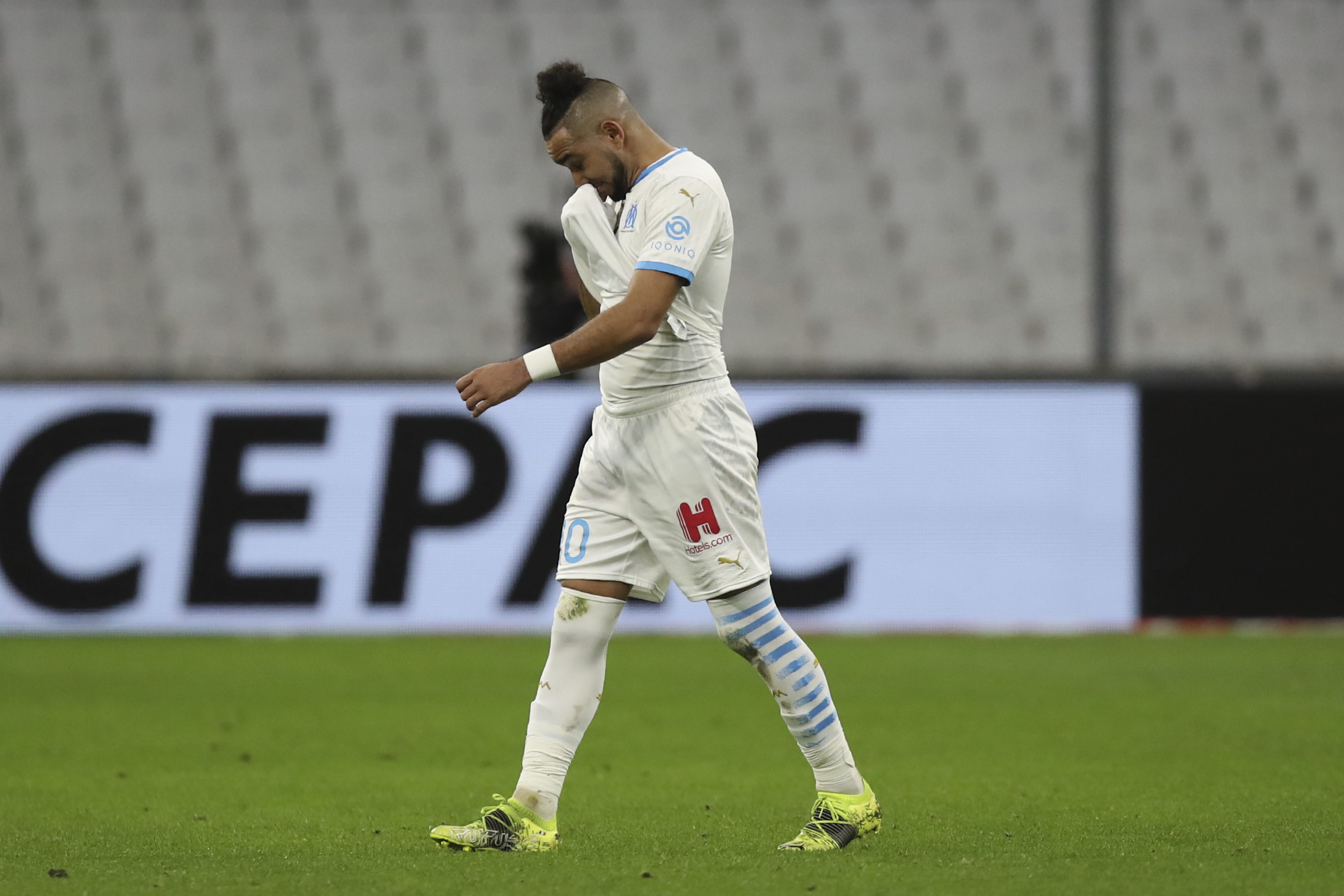 Payet trudged off the field after being sent off with seconds to goCredit: AP:Associated Press

But the French champions made sure that would not happen – and Payet was left doubly-frustrated on a miserable night.

As well as the result there was some other good news for PSG who were able to bring on superstar Neymar on 65 minutes after his injury.

However Angel Di Maria could be replacing him on the treatment table after limping off with just ten minutes played.