CRISTIANO RONALDO scored his first goal in this World Cup qualifying campaign – but then inexplicably missed a sitter as Portugal came from behind to beat Luxembourg 3-1 away.

It also means the 36-year-old is now only SEVEN goals away from becoming the all-time record international goalscorer. 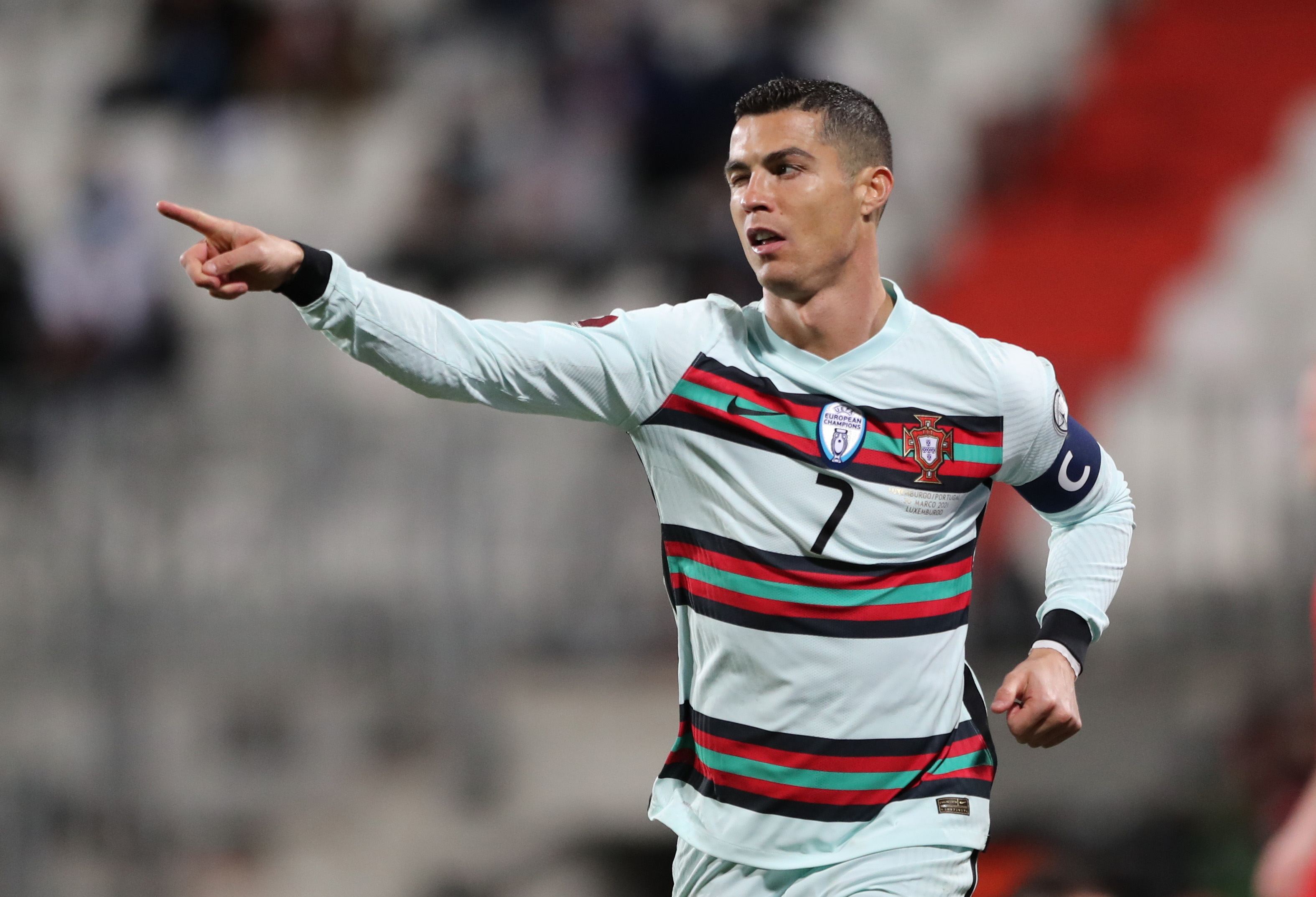 Cristiano Ronaldo, 36, is closing in on the all-time international goalscoring recordCredit: Reuters

Luxembourg went into the game full of confidence after winning 1-0 against the Republic of Ireland.

And they took a shock lead against the European champions when Portuguese-born Gerson Rodrigues, who scored against Ireland, glanced in a header on the half-hour mark.

Portugal went close to levelling on two occasions before Diogo Jota headed in their equaliser in the second minute of added time at the end of the first half.

Ronaldo, who had been denied a goal in the 2-2 draw against Serbia on Saturday despite the ball clearly crossing the line, put Portugal in charge early in the second half, volleying into the bottom corner after combining with Joao Cancelo.

The Juventus striker should have scored again later in the half when the ball landed at his feet following a terrible Luxembourg backpass.

But Portugal’s all-time top scorer shot straight at Anthony Moris, who saved the striker’s second attempt immediately after with his feet.

Substitute Joao Palhinha put Fernando Santos’s side further ahead in the 80th minute by heading home a Pedro Neto corner, also scoring for the first time for his country. 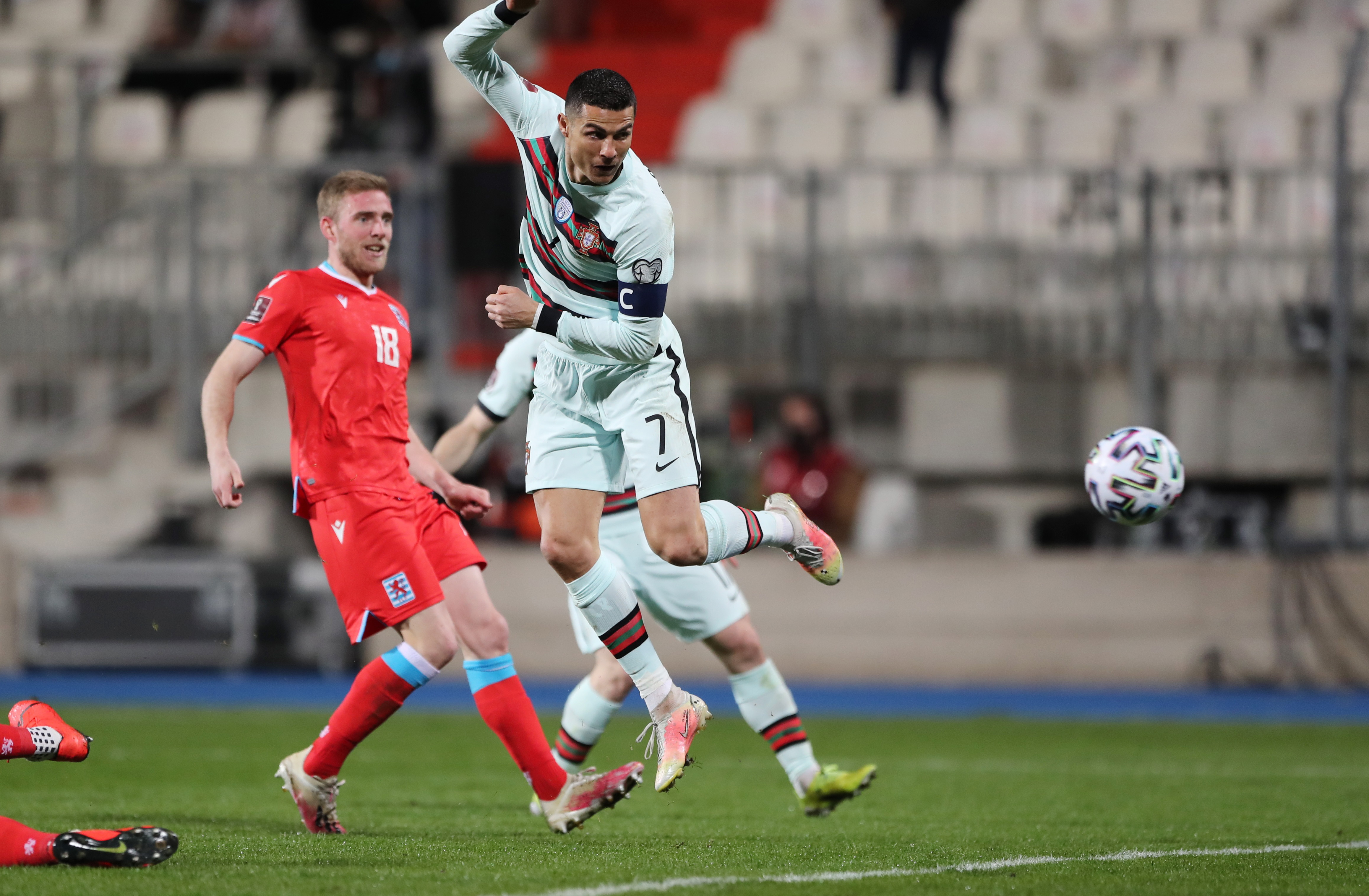 And the visitors’ task got easier when Luxembourg’s Maxime Chanot was sent off for a second booking in the 87th.

The victory lifted Portugal to the top of Group A on seven points after three games, level with Serbia.

Luxembourg are third with three points, while the Republic of Ireland and Azerbaijan both have zero points from two matches.