CARLA WARD says there will be ‘no sitting back’ when Birmingham take on Aston Villa in the return of the Second City derby.

And the bullish Brum boss is expecting her Blues to adopt the attack-minded approach that saw them crush Coventry United 5-1 in the Women’s FA Cup. 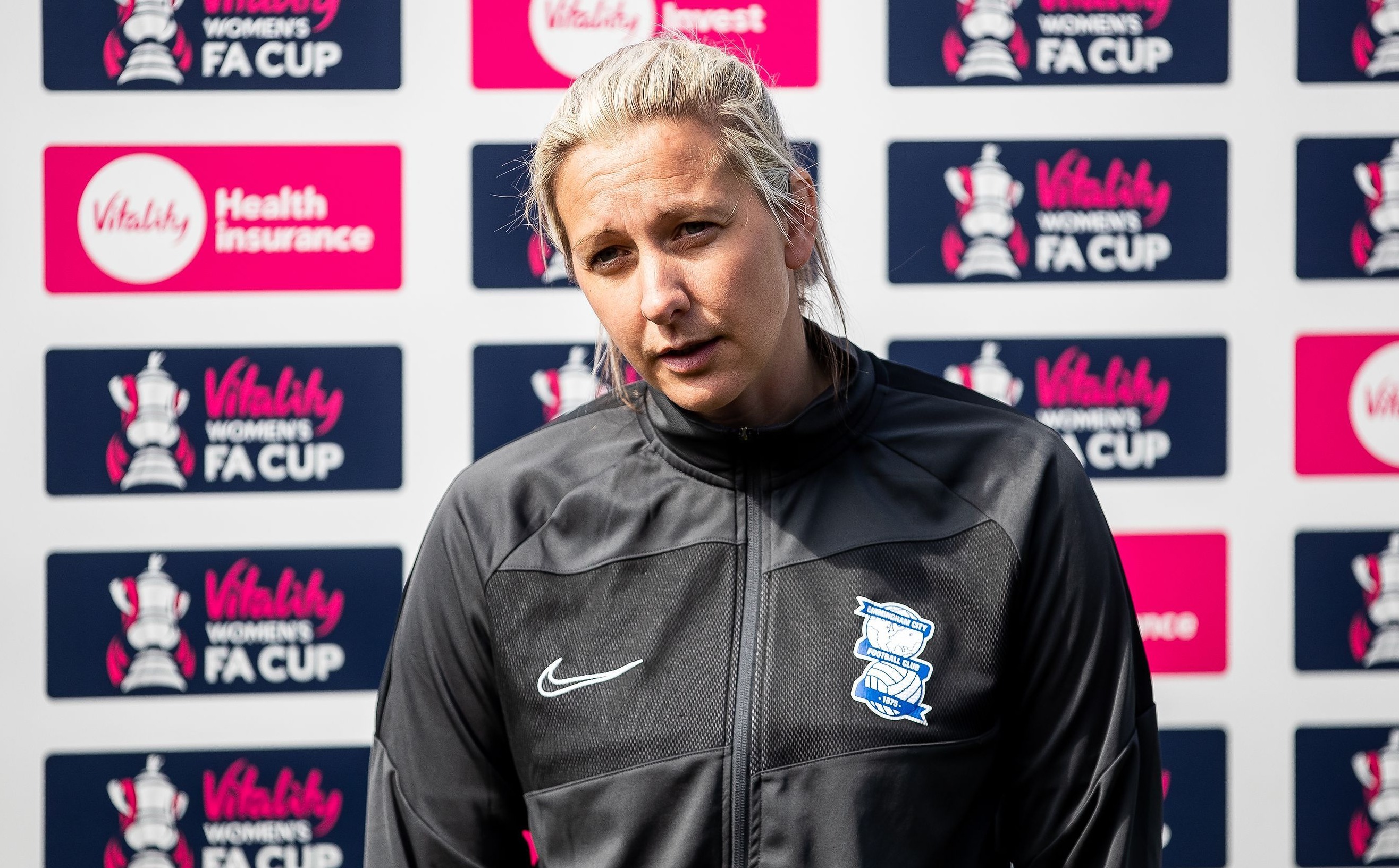 Carla Ward hopes her team can pick up a second win in the WSL against Aston VillaCredit: Rex 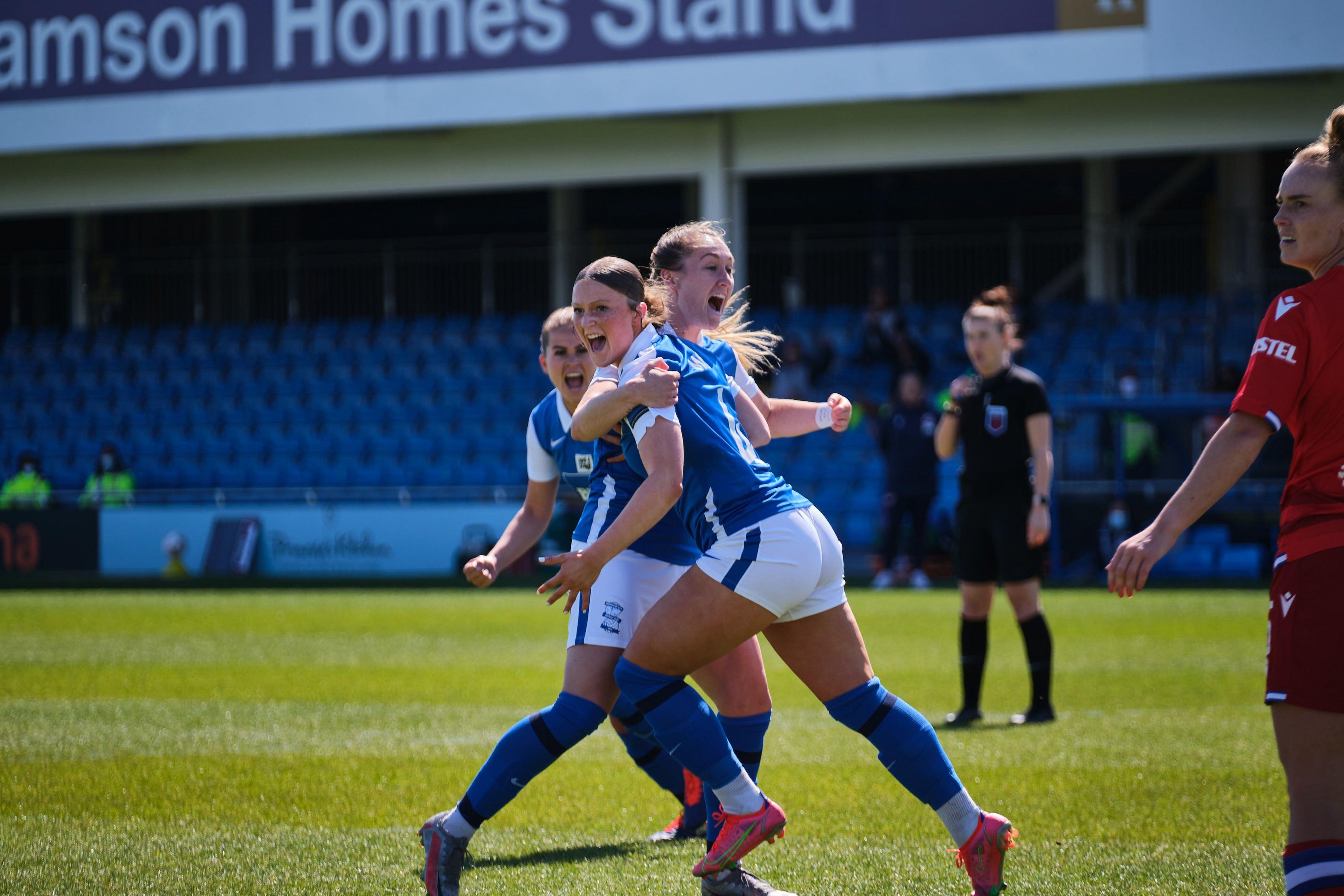 Ruby Mace (on loan from Arsenal) was on target for Birmingham in their previous game which was a 1-1 draw with ReadingCredit: Alamy

Ward was speaking to reporters ahead of her side’s crunch clash on home turf with their second from bottom Midland rivals.

The Villans – who are eleventh – are currently just one spot below Birmingham in the WSL.

And with just two points separating bottom of the table Bristol from West Ham, Blues and Villa, Ward is looking for her side to pick up their first win in the top-flight since November 2020.

“There will be no sitting back, soaking it up and playing for a point. I don’t understand how anyone goes out to play for a point.

“I think we were attack-minded in our previous league game which against Reading.

“Although they had more of the ball, we had far more chances.

“We created 17 opportunities, which is the most we’ve created all season.

“We were really pleased with that and we expect the same sort of mindset and game plan against Aston Villa.

“So we’ll go out there and do the best we can and hopefully get three points.” 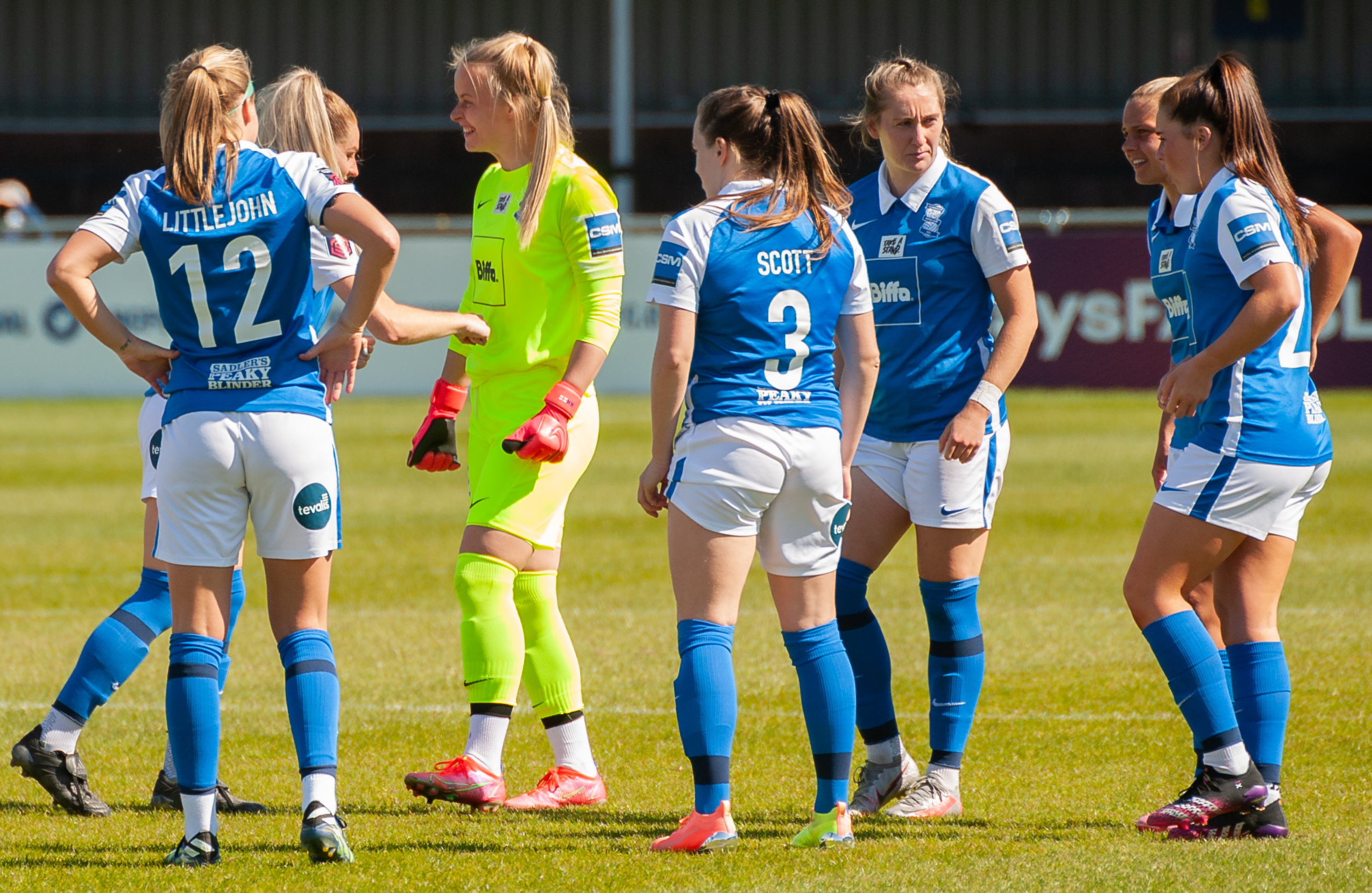 A win for Birmingham would see them move five points clear of Aston VillaCredit: Zuma Press

The last victory for Ward in the top-flight came against Aston Villa two months before their January 2021 appointment of Marcus Bignot interim manager.

Since then, Ward’s side have picked up five draws and five defeats, with losses to Arsenal, Everton and Manchester City.

And the Villans, who have registered three wins and three draws so far this season, have won just once away from home with a 2-0 victory against Brighton.

Ward, who has been nominated for a Barclays Women’s Super League Manager of the Season gong, believes her Blues will be unaffected by points dropped in previous fixtures.

Ward added: “This is one where the pressure really is on Villa.

“They need three points and we need a point, but we will go out and try and get all of them. 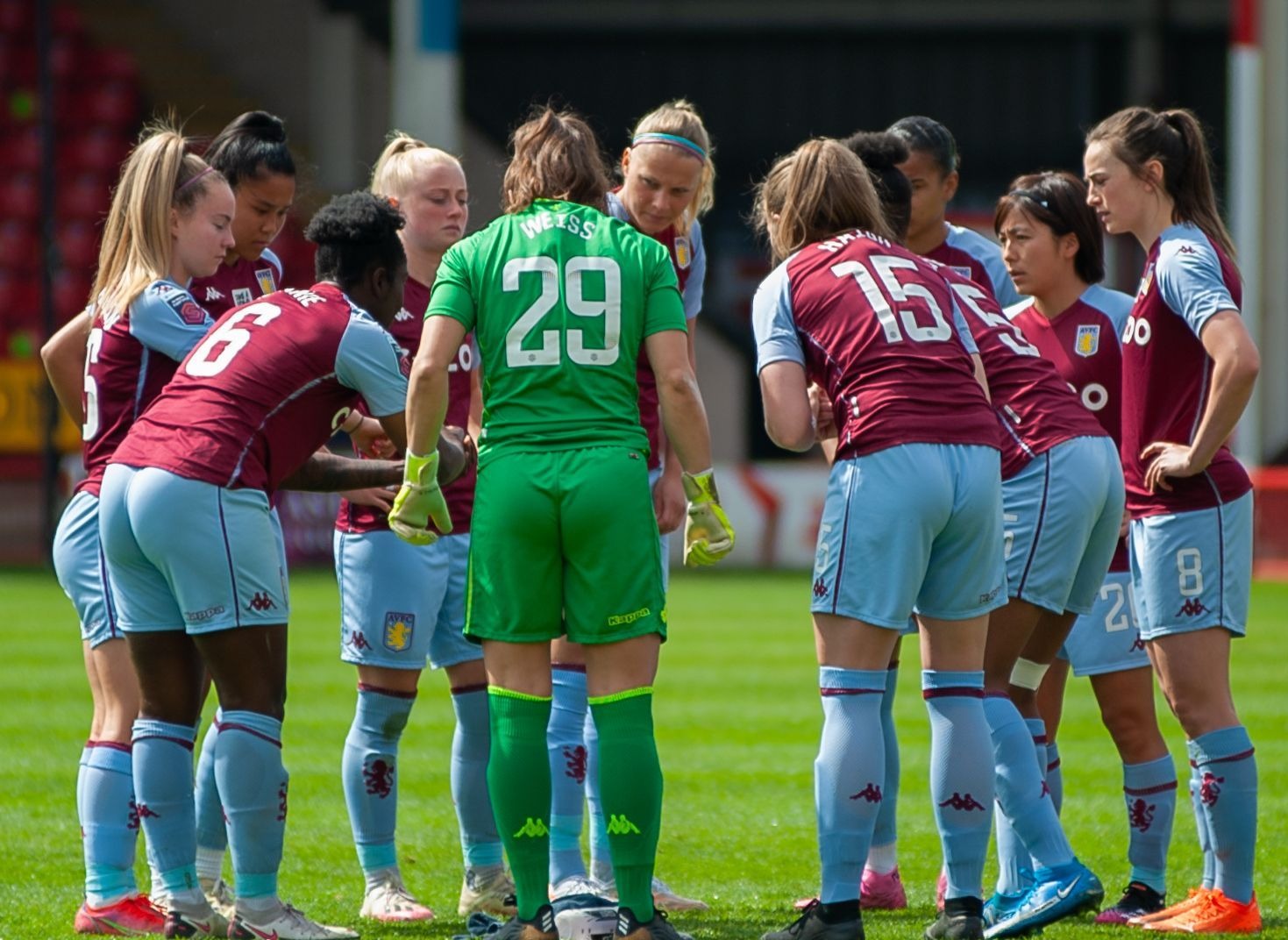 Aston Villa are looking to pick up their fourth win of the season and avoid relegationCredit: Rex

“When we set out at the start of the season, we knew where we needed to pick up points.

“We know we would have liked to have picked up wins in a couple of our previous draws.

“But it is what it is and we still have an opportunity to get the point that we need.

“I don’t think it will be playing on the players’ mind because actually, this group’s mindset all season has been absolutely first-class.” 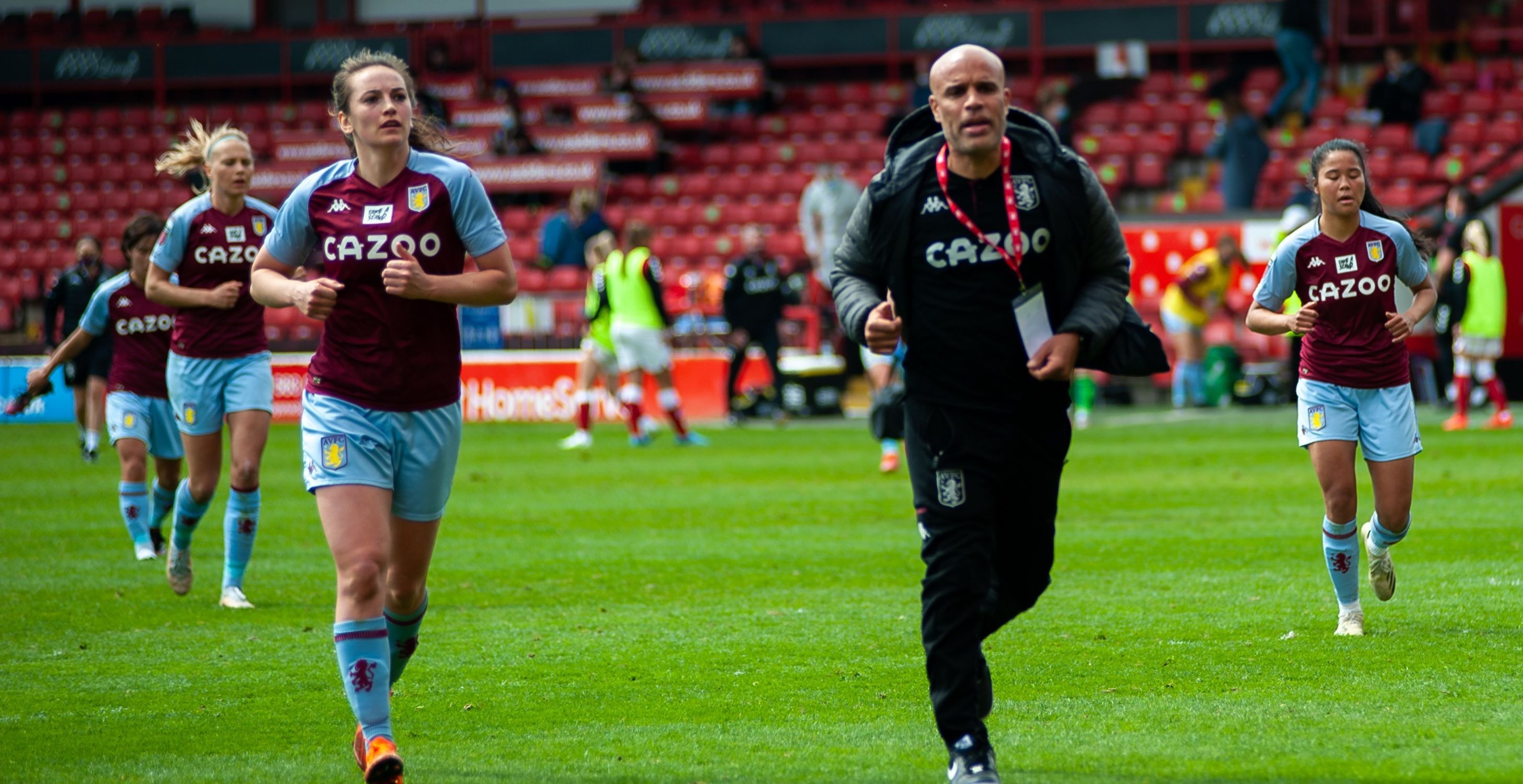 A win for Marcus Bignot’s Villa would see them move three clear of Bristol who are bottomCredit: Rex