MANCHESTER UNITED cruised into the Europa League last four with victory over Granada.

Already leading 2-0 from the away leg, Edinson Cavani’s early strike ended any hopes of a huge upset at Old Trafford before a late own goal. 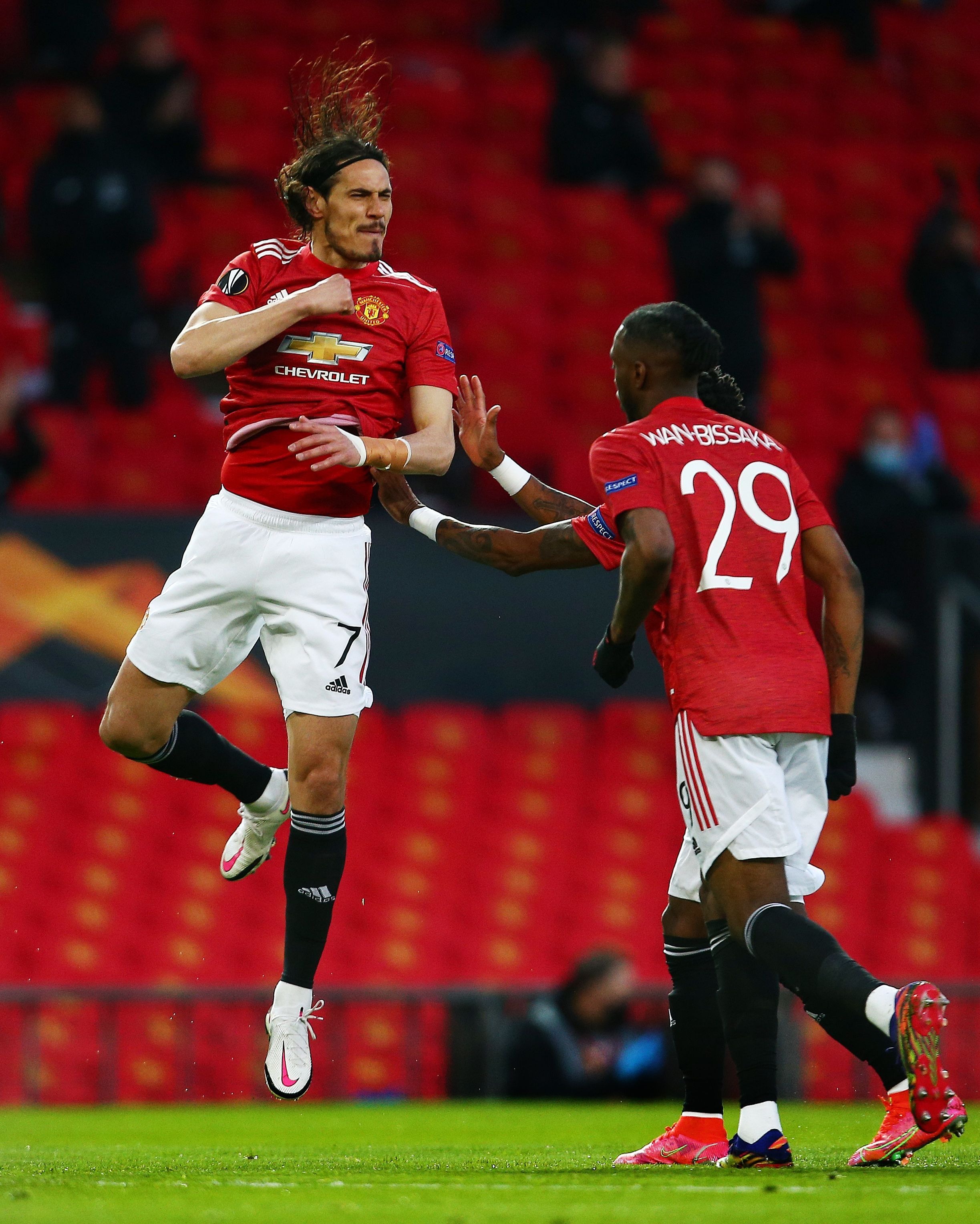 Here how SunSport’s Gary Stonehouse rated each of the United players on display in tonight’s 2-0 win:

Little to do but swept up well behind his backline and showed safe hands towards the end on a rare call into action.

Unfortunately for him it seems tonight will have done little to persuade Ole Gunnar Solskjaer to stick with him instead of Dean Henderson for the Premier League clash with Burnley on Sunday.

Dodgy square-ball was cut out by Kenedy but the winger blazed wide as the full-back was let off the hook.

Made up for that with a great recovery to thwart Molina moments after the break.

He continued to make good blocks and frustrate Granada’s attack all night in what was a very assured display.

Did well at centre-back deputising for Harry Maguire on what was a very comfortable night.

Allowed Herrera to get in for a free header early on but was rarely troubled after that.

Rarely troubled but failed to show enough to dislodge Luke Shaw as No1 left-back.

The left-back did provide the cross for the late own goal.

Steady Eddie as per in the middle on a rare run out from the start.

Nothing headline grabbing but got around the pitch OK and broke up play well.

Produced a brilliant flick on assist for Cavani’s opener.

Unlucky to be booked for an elbow shortly afterwards but Granada were screaming for a red after another foul later.

Collided knees with ex-Chelsea loanee Kenedy before he was taken off at half time.

Came within inches of a spectacular goal just after the half hour mark following Matic’s lofted ball behind the defence before blazing wide before the break.

Was in cruise control for most of it before he was taken off late on.

It took just over five minutes for him to break the deadlock and end any hopes of a comeback.

His volley was his first European goal for the club and took him to a career milestone of 50.

Failed to divert a cross to Fernandes in the second half after another great run – showcasing his incredible movement again.

A quiet night by his high standards, but any aspiring striker could not fail to learn a thing or to by re-watching his performance.

First sight of goal came just before the break but he fired high and wide then squandered a free header from ten yards after the restart.

In a match severely lacking a tempo, his direct surges forward caused some brief moments of excitement.

Replaced Pogba at the break and almost instantly set-up Greenwood for a chance the forward should have done better from.

Was teed-up perfectly by Greenwood but pulled his 20-yard drive around six inches wide.

With the tie effectively already over, the Dutchman was unable to show why he should be in the starting XI but did create a few opportunities to ramp up his score a notch.

Came on down the wing but failed to make an impression.

Took the armband from Fernandes after replacing him but had little opportunity to make any impact.