VICTOR LINDELOF delivered a UFC-style flying knee to Jon Bautista’s face to KO Axel Tuanzebe’s goal against Real Sociedad – but Paul Scholes has claimed it was NOT a foul.

Manchester United marched into the Europa League last-16 despite a 0-0 draw at Old Trafford thanks to a 4-0 demolition job in the first-leg. 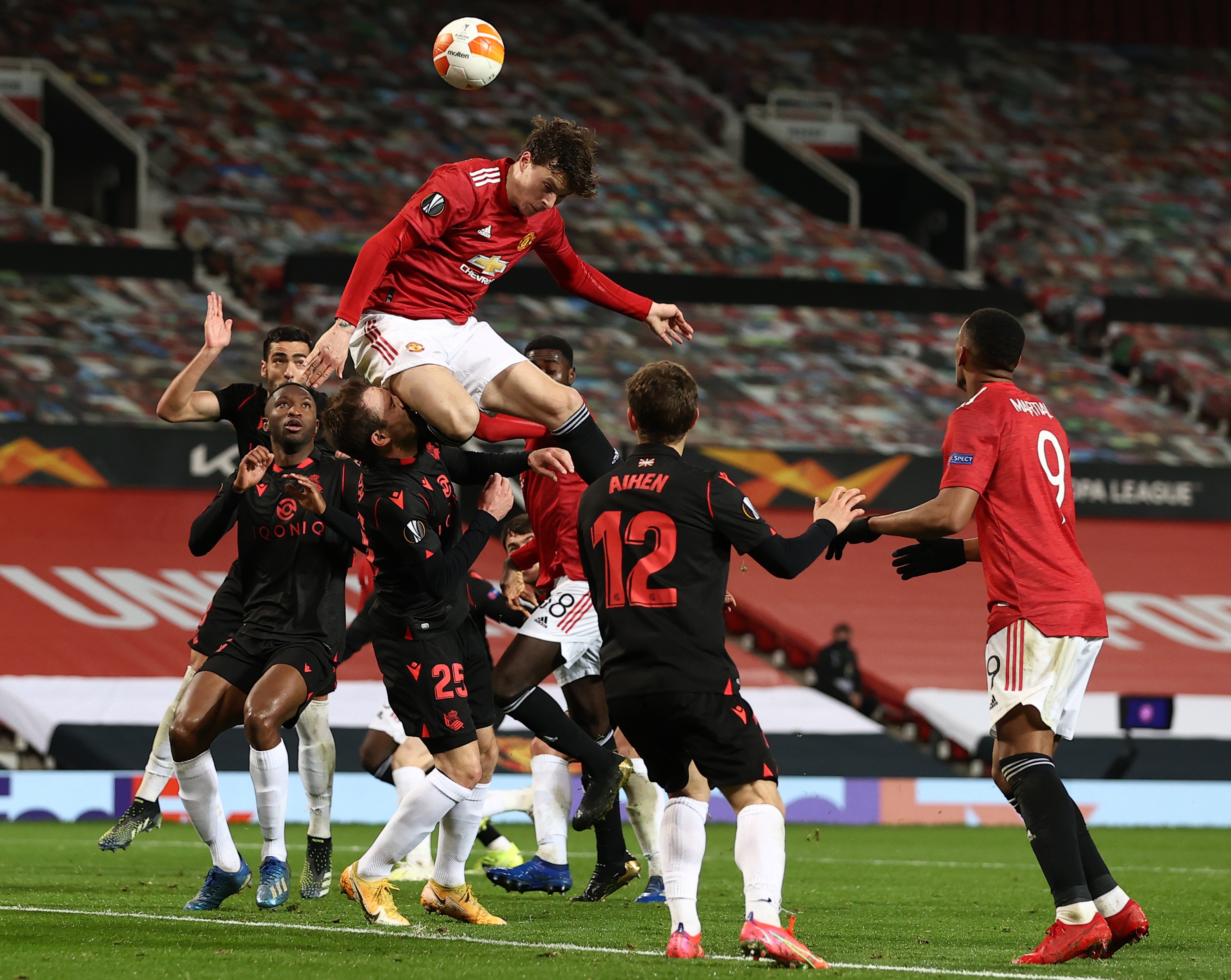 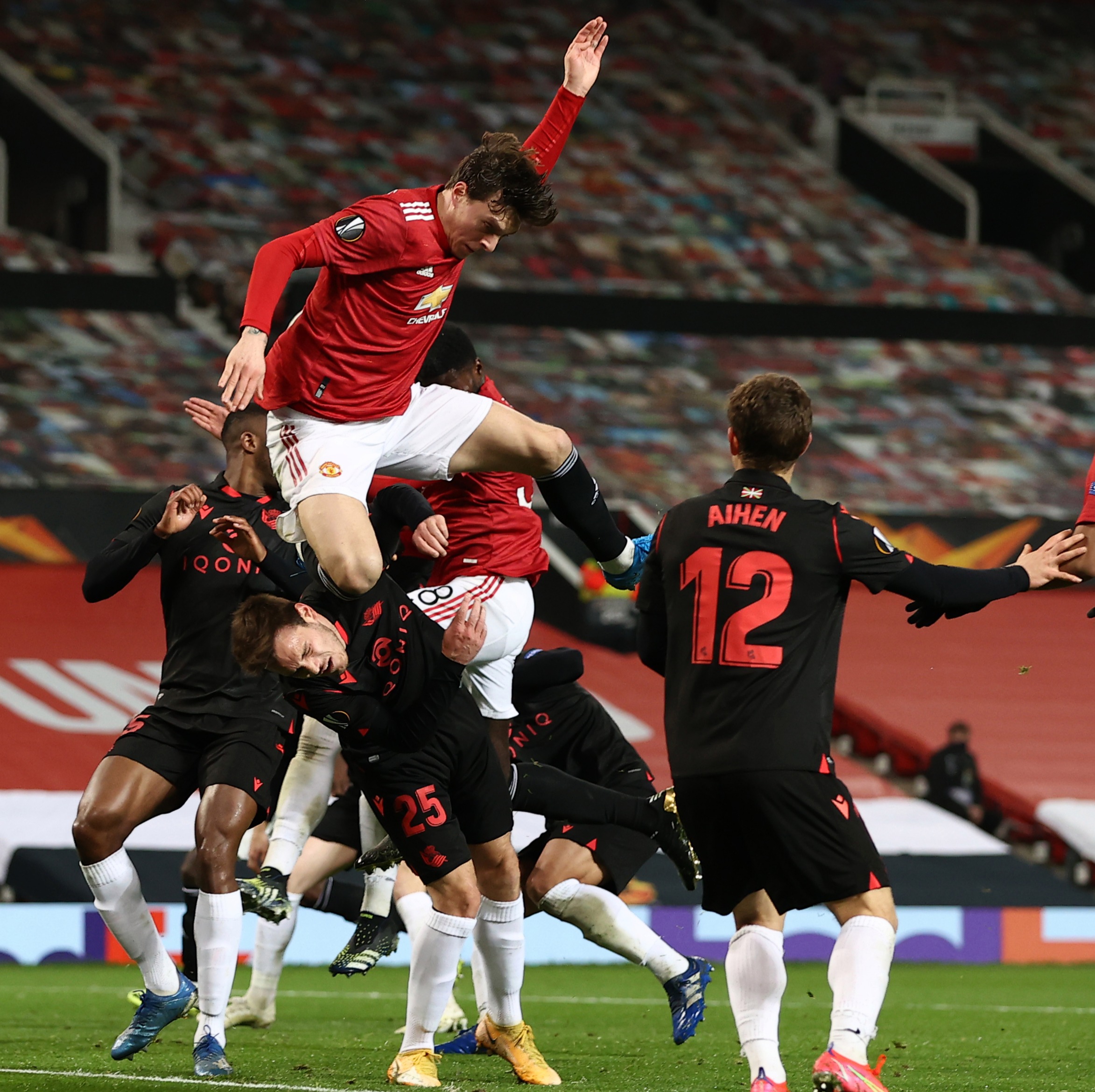 United thought they’d won after sub Tuanzebe scored in the second half with a bullet header.

However, the goal was chalked off by VAR as Lindelof was adjudged to have fouled Bautista split-seconds before his fellow defender’s superb effort.

Replays clearly showed the Swede had launched his knee into the head of Sociedad striker Bautista.

Lindelof was swiftly shown a yellow card but, incredibly, United legend Scholes later claimed a foul should NOT have been awarded and the header should have stood.

Incredibly, Scholes told BT Sport he believed the knee to the face was unintentional and didn’t affect the eventual goal.

The former England midfielder later went on to call United the favourites to win the Europa League, despite a host of talented teams – including Arsenal, Tottenham and AC Milan – all still in the competition.

And even before kick-off, Scholes revealed he has been impressed with both. 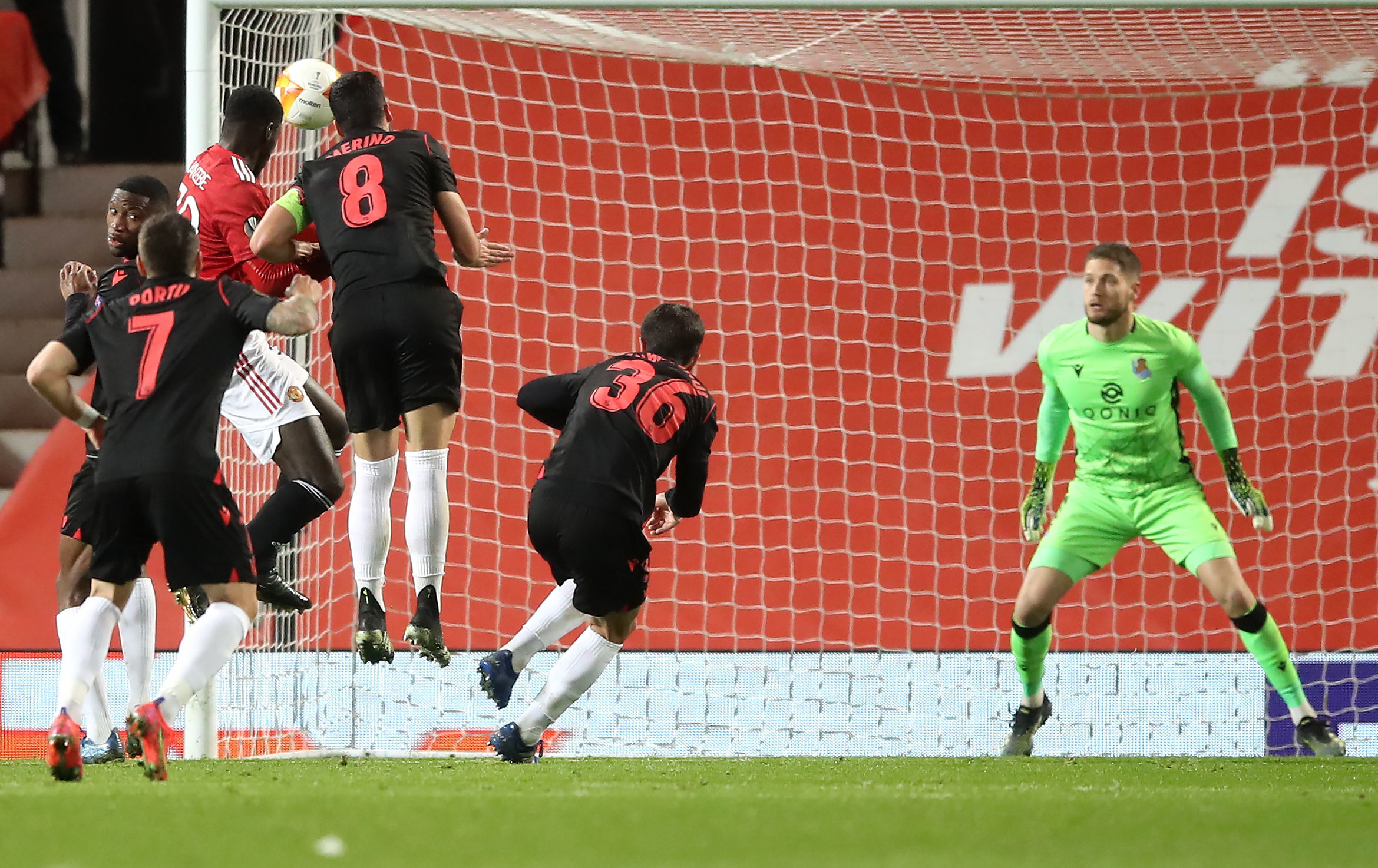 Split seconds after the foul, Tuanzebe scored with a bullet headerCredit: PA:Press Association 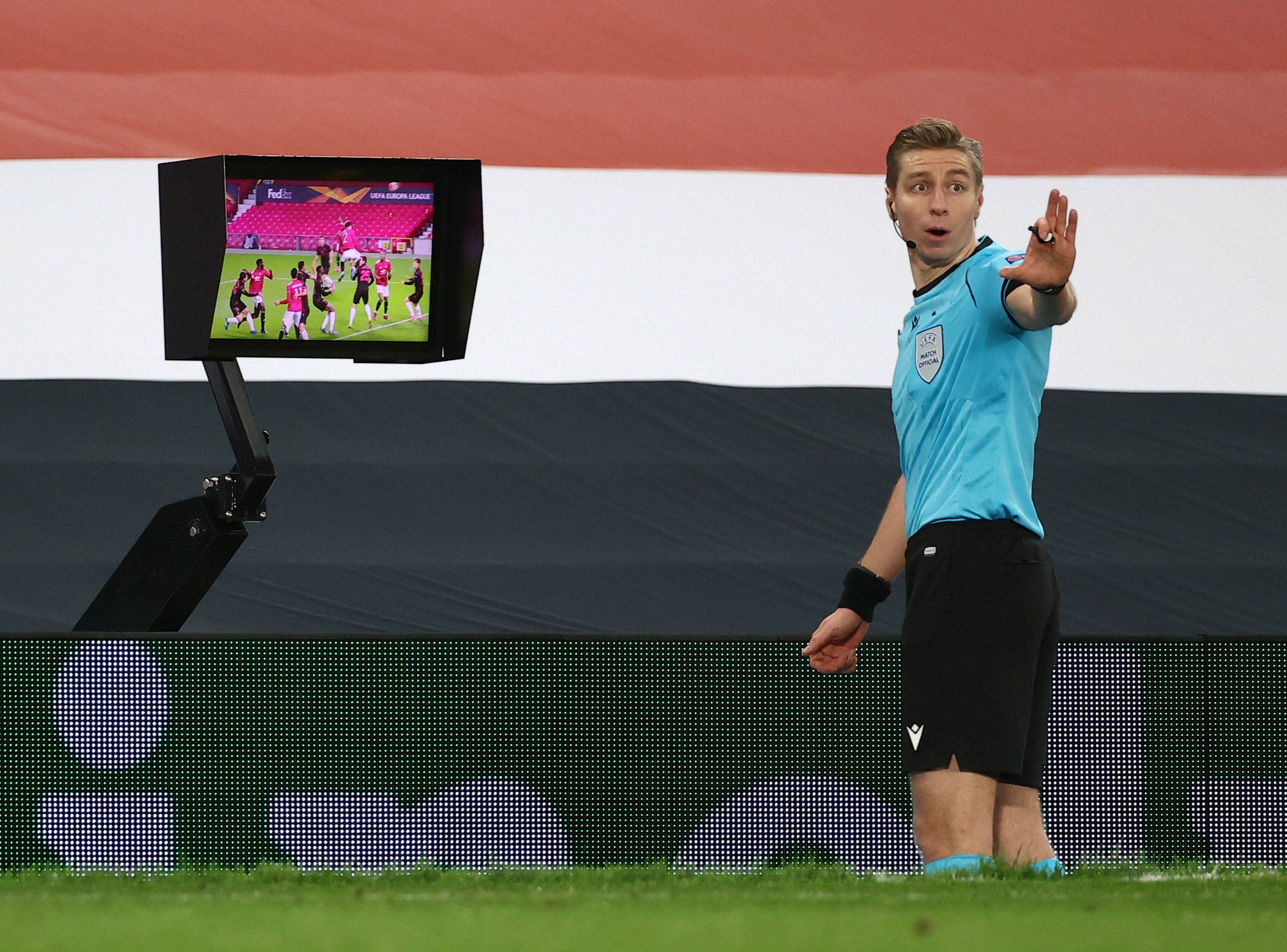 The ref checked the VAR screen, ruled out the goal and booked Lindelof for his troubleCredit: News Group Newspapers Ltd

Scholes said: “Amad has been bought for big money from Atalanta.

“[But] he looks like he has ability, he’s left-footed, he can beat a man, he’s created and scored goals in the Under-23s.

“Exactly the same as Shoretire, he looks a really big prospect.

“I think he’s a player that can play on either side, cutting in, not really a wide player, but capable of scoring goals.

“As we saw with Amad when he came on last week, he looks a little bit tired at the end of his runs but that can happen.”