IF Timo Werner banked on being lavished with praise by Thomas Tuchel for a rare all-action display, he was in for a rude awakening.

Instead, he has jetted off to Madrid with a challenge ringing in his ears from the boss — to show he can transform into a world-class frontman at Chelsea.

Timo Werner scored twice in the 6-0 thumping of SouthamptonCredit: AP 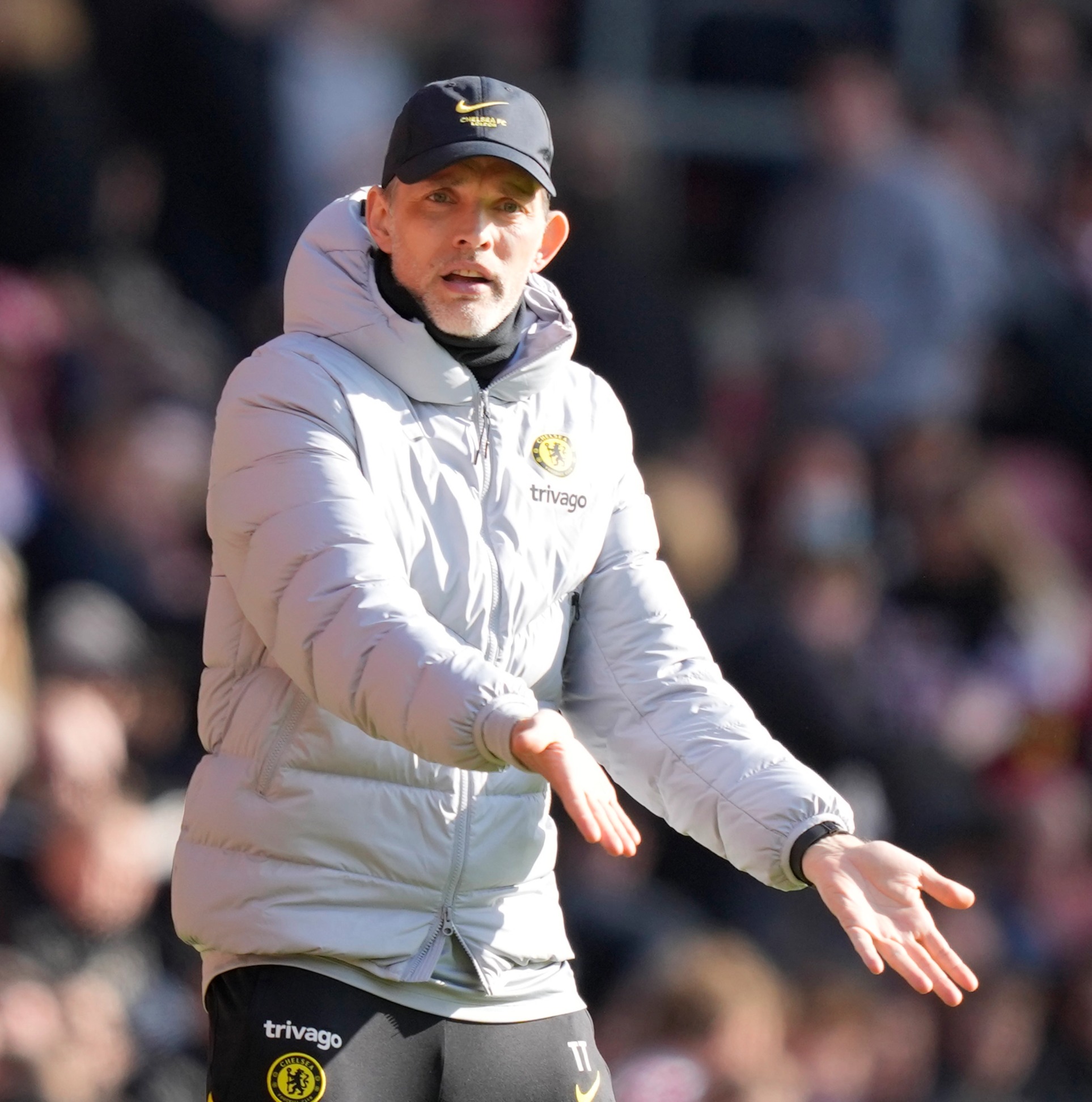 Thomas Tuchel needs his striker to produce the goods at the BernabeuCredit: AP

Because it is one thing scoring goals against a shocking Southampton side.

It is quite another to do it in the Bernabeu in the heat of a Champions League quarter-final with Real Madrid, when you need to overturn a 3-1 deficit.

The German, 26, scored twice as Blues smashed the sorry Saints for six and he also struck the woodwork THREE TIMES.

Werner’s last Prem goals had come against Southampton in October. 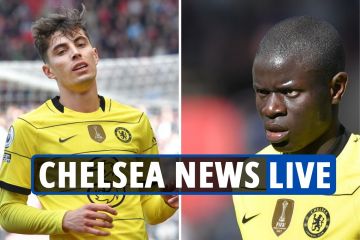 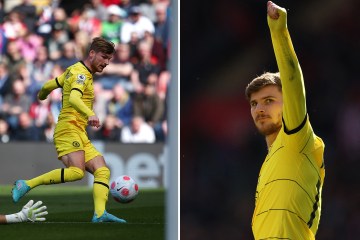 And while it is too early to suggest he has turned a corner, this performance will have immensely boosted his confidence before tomorrow’s Real showdown.

But the Blues chief then added some realism — reminding his fellow German expectations are high and only HE can elevate himself to the highest level.

Asked if he had ever talked to Werner in an attempt to gee him up, Tuchel responded: “Yeah, but it would have been a long talk from October until April.

“At some point there are no words, you must help yourself. You sign for Chelsea, you sign for a top club, you have to live up to it and accept the pressure that comes with it. And you also have to help yourself.

“It means when you come on the pitch, you have to be ready when the chance comes — and this is what he did.

“His attitude has always been good. But he still needs to adapt, because he used to play regularly and used to play for teams that were built for him.

“He played for a transition team before and sometimes we have lots of possession.

“Werner needs to adapt to the physicality of the league. It’s still a process but it was a step in the right direction.”

By half-time it was 4-0, thanks to a clean Mason Mount strike, a composed Werner run-and-finish and then a close-range shot from Kai Havertz.

The Chelsea fans were loving­ it, chanting “Ole, Ole, Ole” in the latter stages of the first half as their team popped the ball around at will.

You sign for Chelsea, you sign for a top club, you have to live up to it and accept the pressure that comes with it.

Less than ten minutes into the second half, Werner and Mount both helped themselves to braces and Southampton must have feared being on the end of another nine-goal thumping.

So many players in yellow shirts excelled — the attacking intent of Ruben Loftus-Cheek, the vision of Mount, the energy of N’Golo Kante and Mateo Kovacic — and it was the best way to respond to harmful defeats by Brentford and Real.

On to Madrid they now go, hoping not to lose their grip on the Champions League trophy that they won against the odds last season.

Alonso refused to reveal what was said in Thursday’s clear-the-air talks with Tuchel at the training ground.

But the Spaniard accepted: “We were all angry after the last Madrid game.

“We don’t like to lose. We had two defeats in a row. So we were hungry to win this, show a solid performance, and we need to keep working like this for the game on Tuesday.

“Now, of course, it’s a different competition, a different approach, and we’ll have to work very hard to have a chance.

“There’s a lot of work to do. We need to be humble, we need to work hard, and we need to put in a good performance. I think we’re capable of winning there.

“Of course, it’s very complicated after the first 90 minutes — but there’s another 90 minutes to play. We need to go for it.”