THOMAS TUCHEL stretched his unbeaten start as Chelsea boss to 11 matches – although he needed a bit of help from God.

The German saw his Blues overcome the tough Toffees after being sent on their way with a Ben Godfrey first-half own goal. 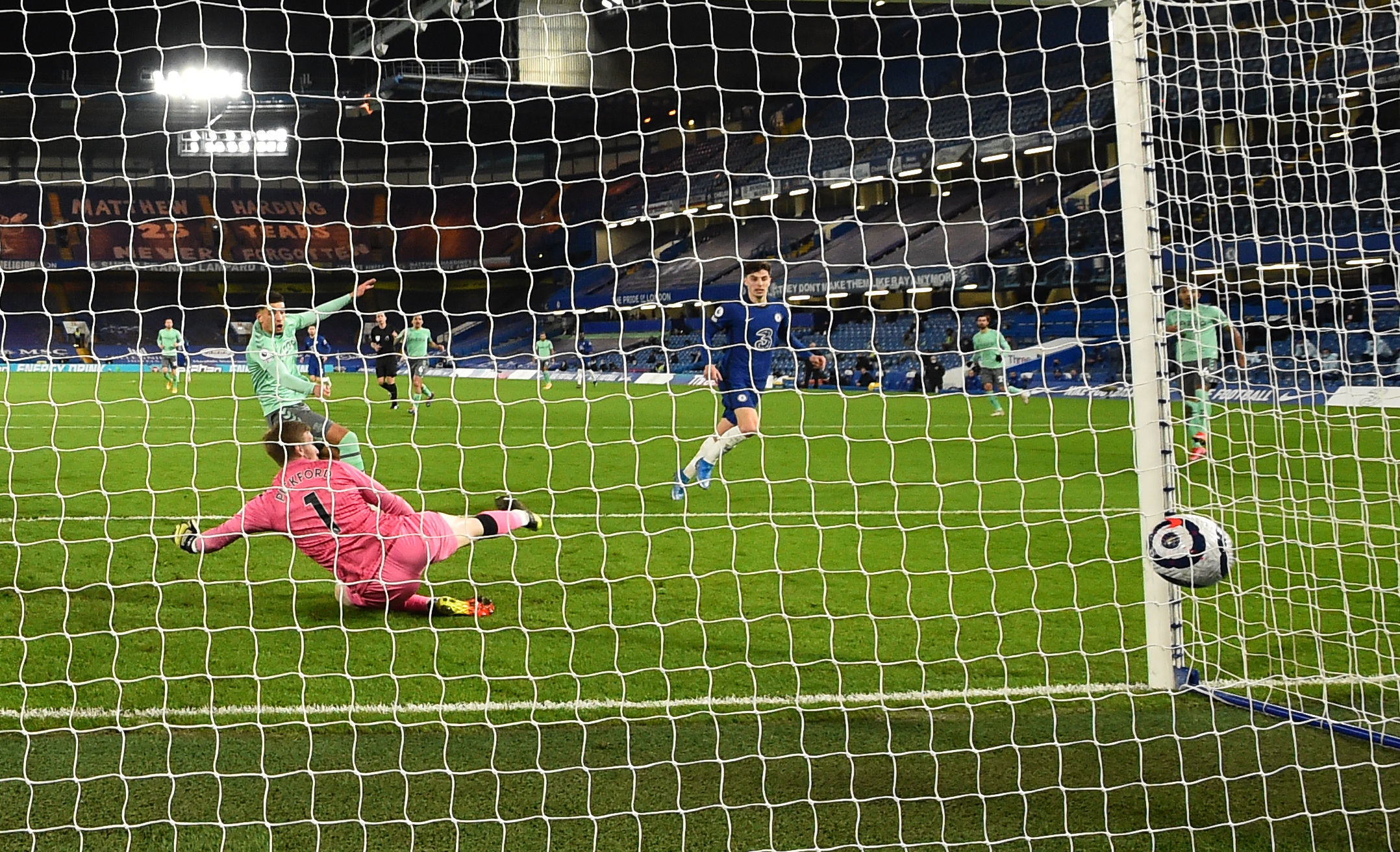 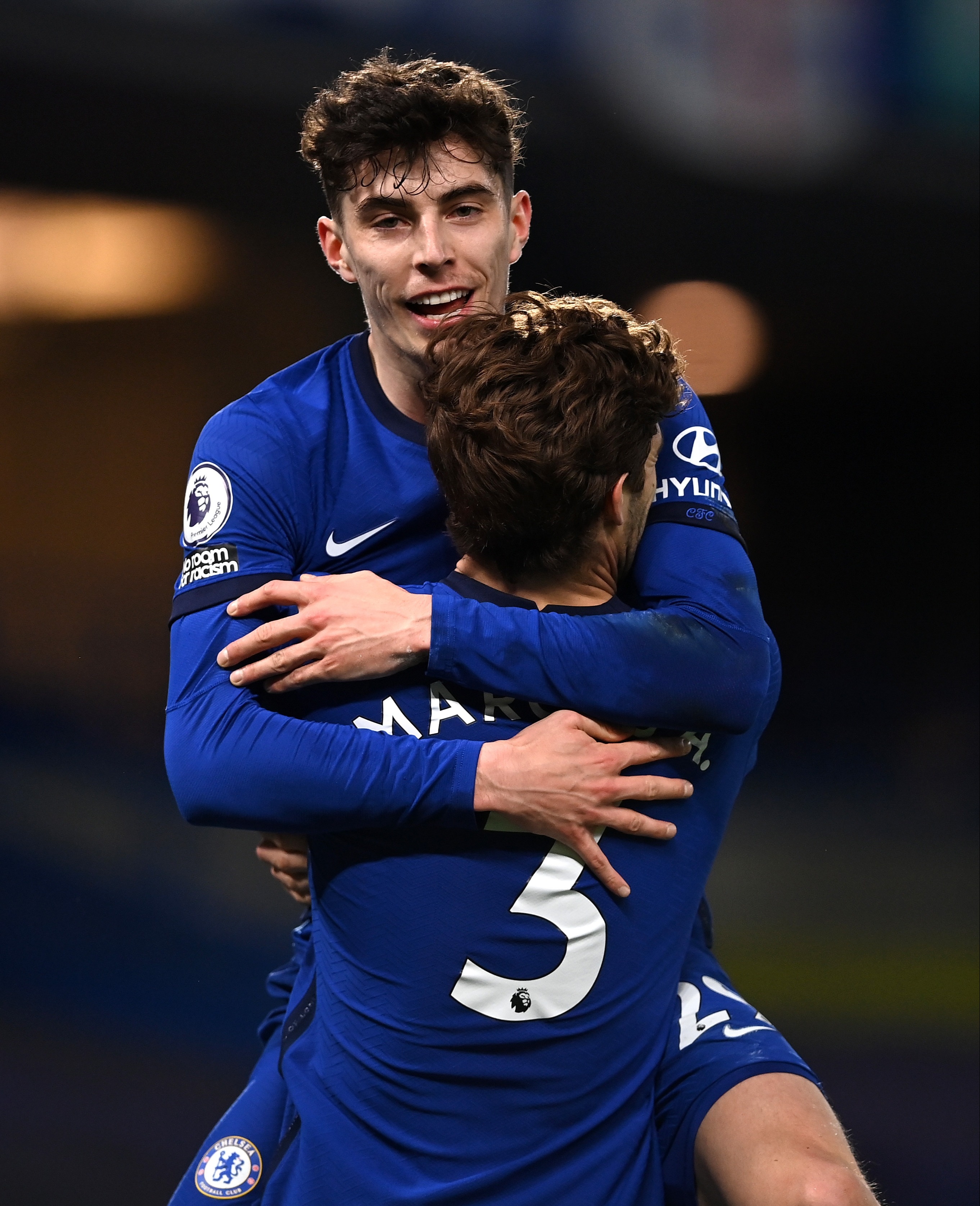 Kai Havertz claimed the opener at Stamford Bridge, but it was Godfrey who got the final touchCredit: Getty Images – Getty

Jorginho then added a second from the spot after the break to cement Chelsea’s place in fourth in the Premier League table – four points above Everton who have a game in hand.

Former Paris Saint-Germain chief Tuchel has begun life at Stamford Bridge better than any of us could have envisaged.

Chelsea are still yet to concede a goal at home under his command.

Tuchel made five changes to his starting line-up that began Thursday’s 1-0 win at Liverpool, with matchwinner Mason Mount surprisingly dropped to the bench.

And it was his replacement Kai Havertz, who saw the luckless Godfrey deflect his shot from Marcos Alonso’s cross into his own net for the opener on 31 minutes.

Alonso went close to adding a second when his shot was saved by Everton keeper Jordan Pickford.

The closest the Toffees came to a goal in the first half was when Andre Gomes’ shot tested Edouard Mendy in the Chelsea goal on the stroke of half time.

Richarlison missed a great chance to equalise and Havertz had a goal ruled out for handball – before the Blues’ £75million summer signing from Bayer Leverkusen was brought down by Pickford for a 65th minute penalty which Jorginho duly converted.

⚽️ Jorginho’s 7 penalties scored in all competitions this season is the most for Chelsea in a single season since Frank Lampard scored 10 in 2009-10 pic.twitter.com/uXY5cmAXcA 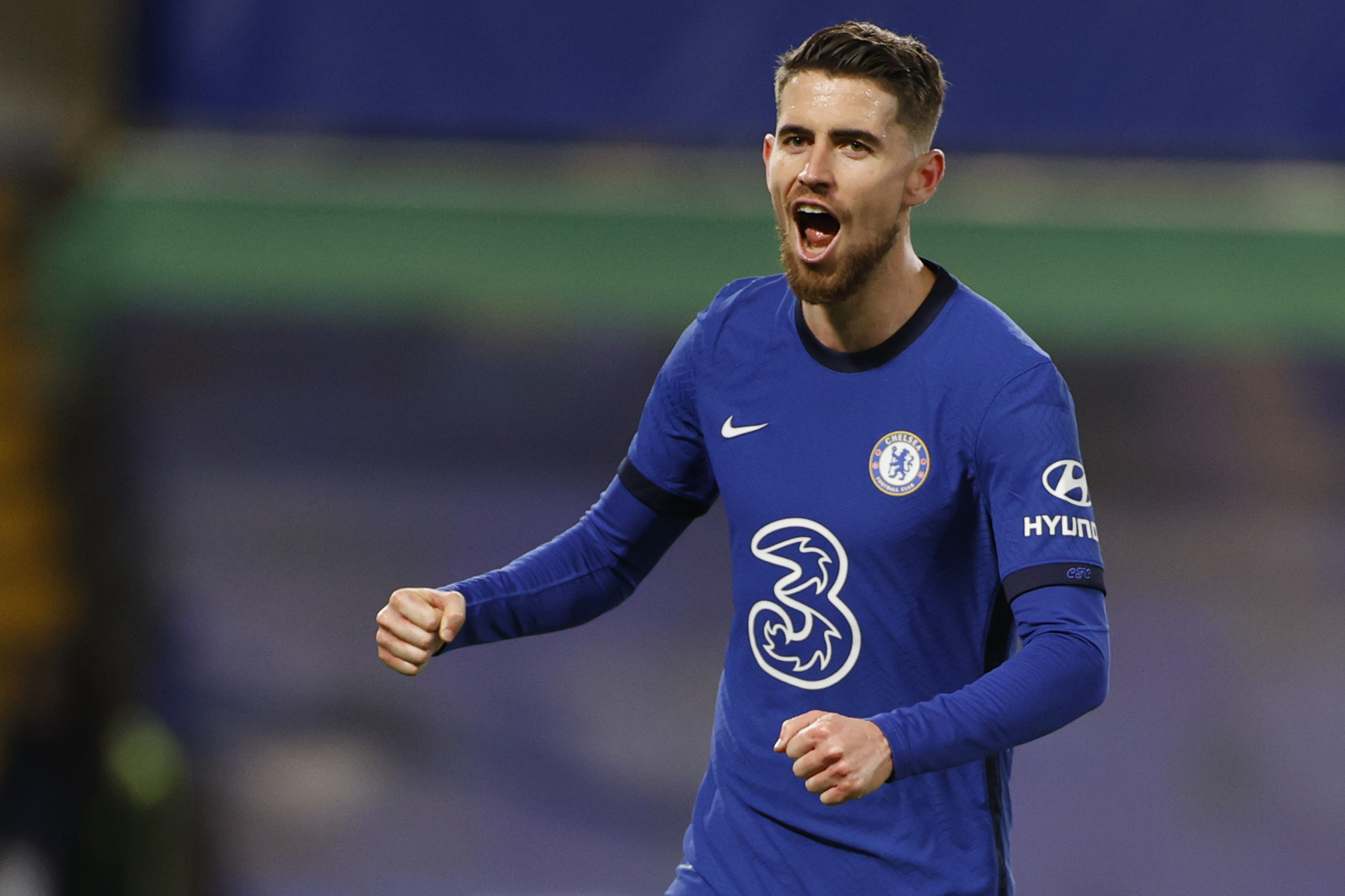 It capped one of Havertz’s best displays in a Chelsea shirt.

Many had wondered whether he was suited to the hustle and bustle of high-tempo English top flight football.

But his impressive performance here showed he might just go on to live up to his price tag.

Whether the same can be said about Timo Werner remains to be seen as after TV pics showed him being bawled at by Tuchel in the first half, the striker then missed a great chance to make it 3-0 when he fired straight at Pickford. 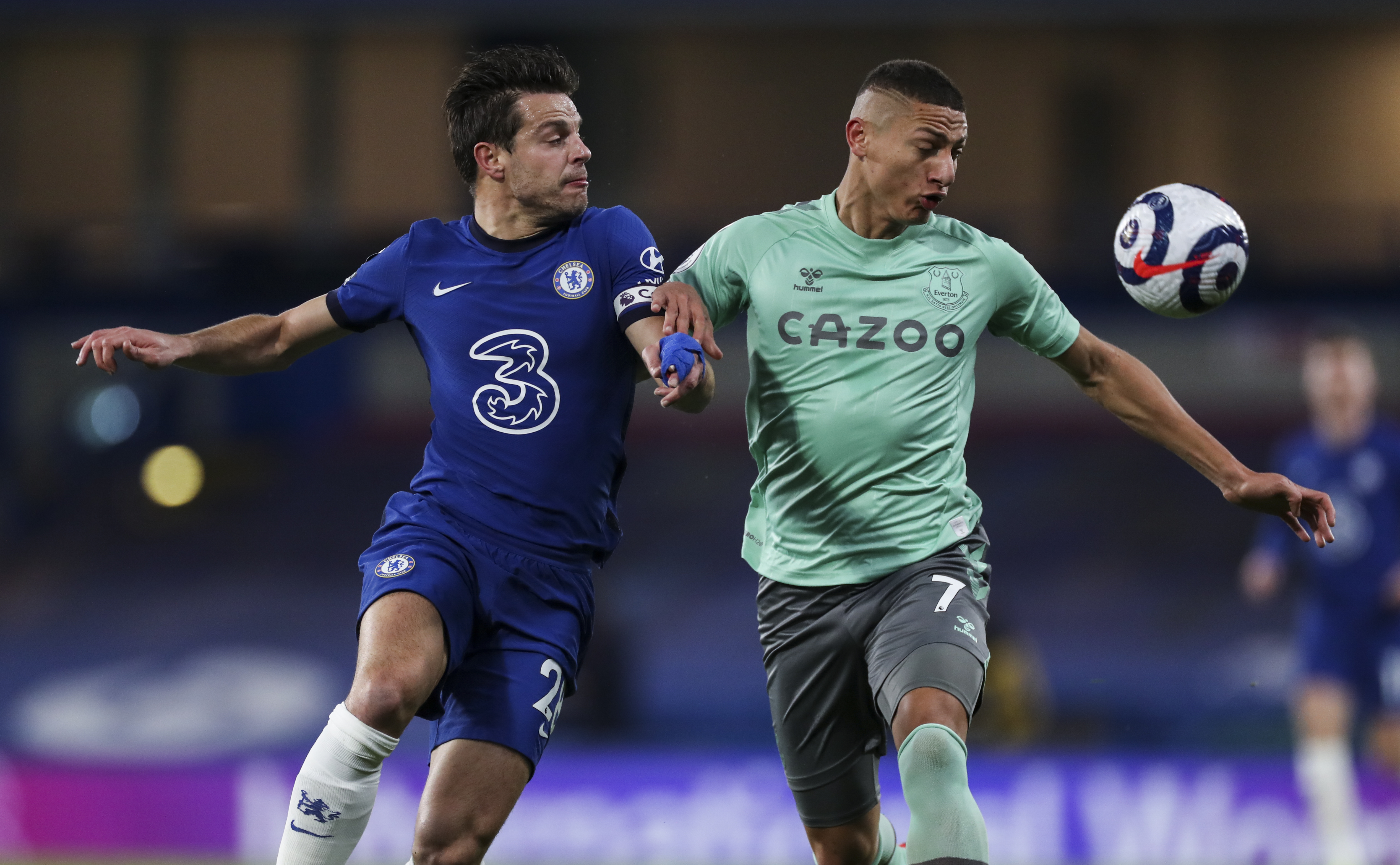 Richarlison proved to be a threat for the Toffees in the final third of the pitchCredit: Times Newspapers Ltd 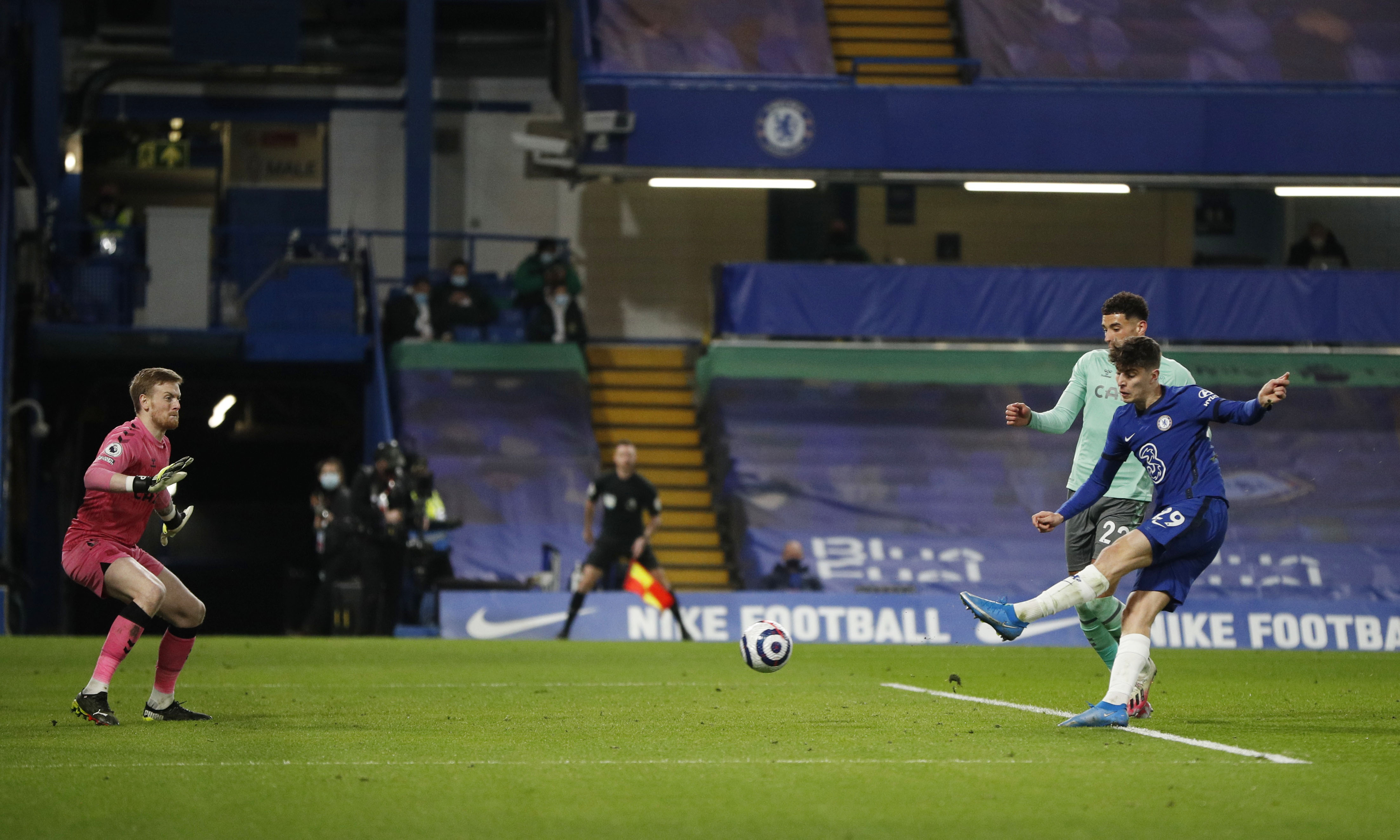 Havertz had a goal controversially ruled out by VAR in the second half in West LondonCredit: Reuters