IT WAS NOT quite the occasion Marcus Rashford would have hoped for to celebrate the fifth anniversary of his famous debut.

This time there was no crowd, the tie had been won and he had no goals to show for it. 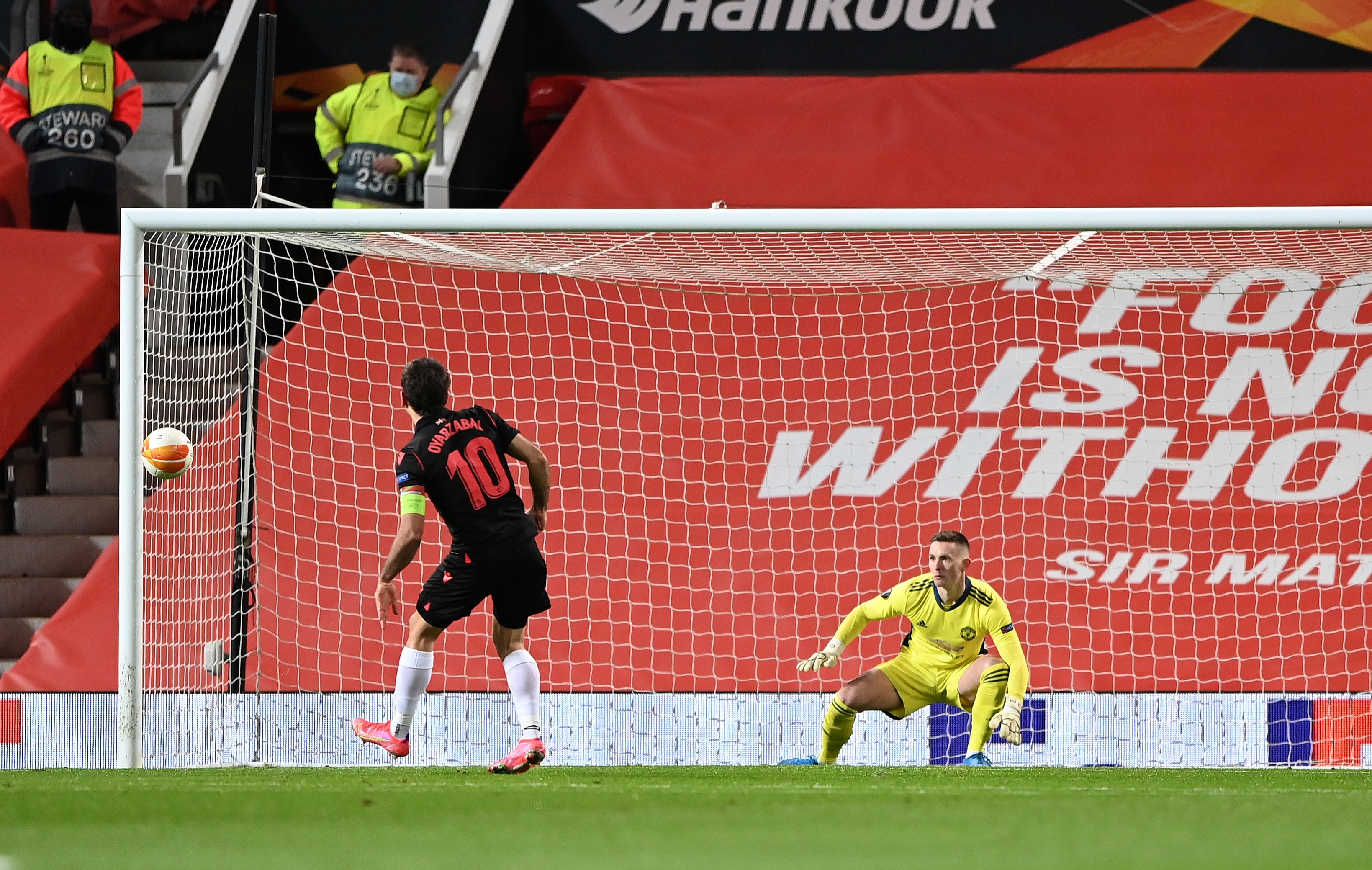 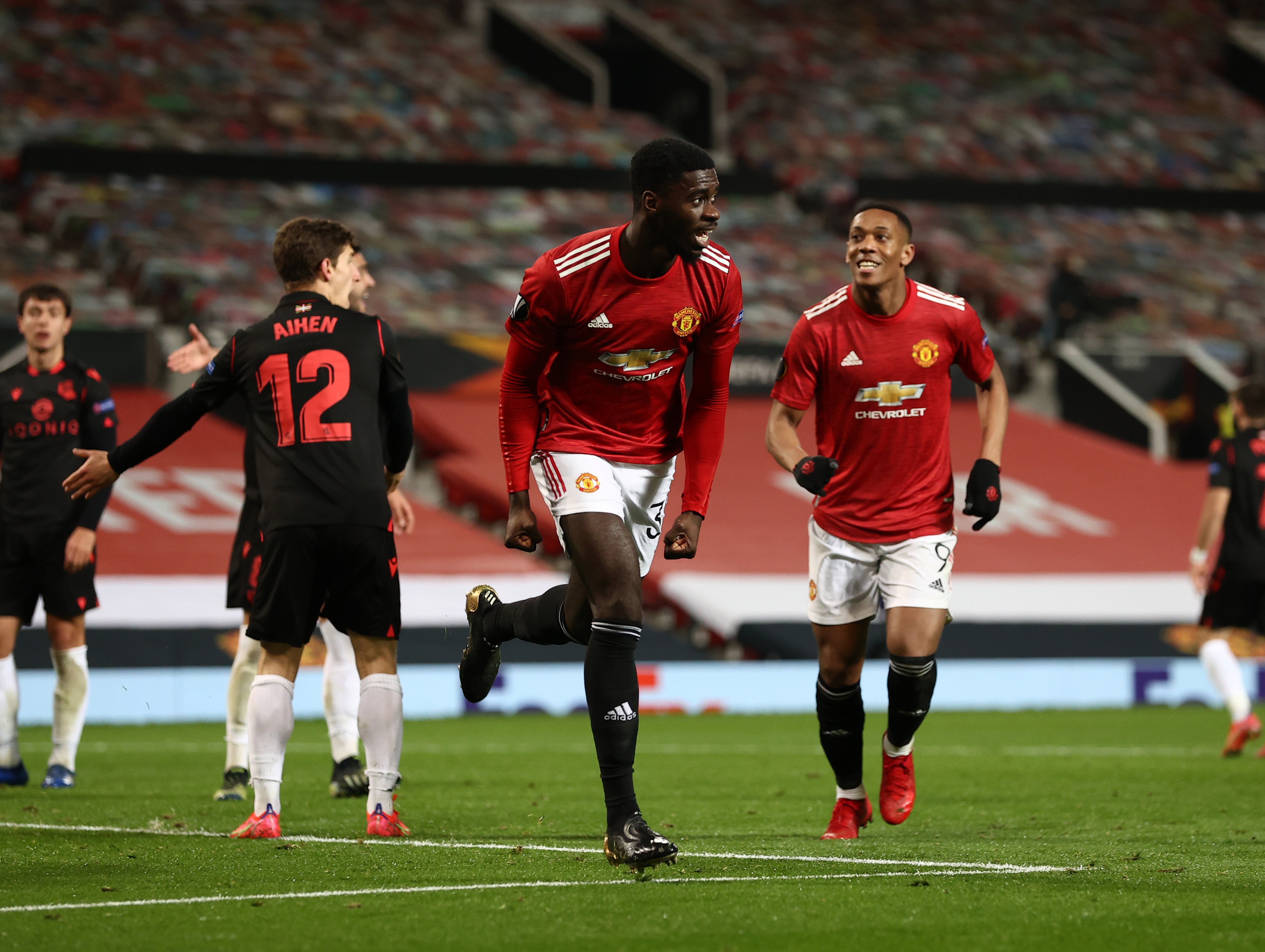 Sub Axel Tuanzebe thought he’d scored only for VAR to chalk off his goal for a foulCredit: News Group Newspapers Ltd

A far cry from that night against Midtjylland at the same last-32 stage of the Europa League when they trailed the Danes 2-1 from the first leg.

Anthony Martial got injured in the warm up, the door opened for Rashford and two goals and a 5-1 win later a star was born.

Last night he entered the fray as just a half-time substitute.

The tie by then was even more safely tucked in the bag with a goalless first half following Man Utd‘s 4-0 win ‘away’ in Turin in the first leg.

Ole Gunnar Solskjaer was making no mistakes with no risks in his team selection.

He wants his first piece of silverware as United boss and knows this competition can provide it.

Any hope La Real had of a fightback, or at least a face saving win after they crumbled in the first game, was extinguished when they missed a 12th-minute penalty.

Daniel James was harshly adjudged to have fouled Andoni Gorosabel. 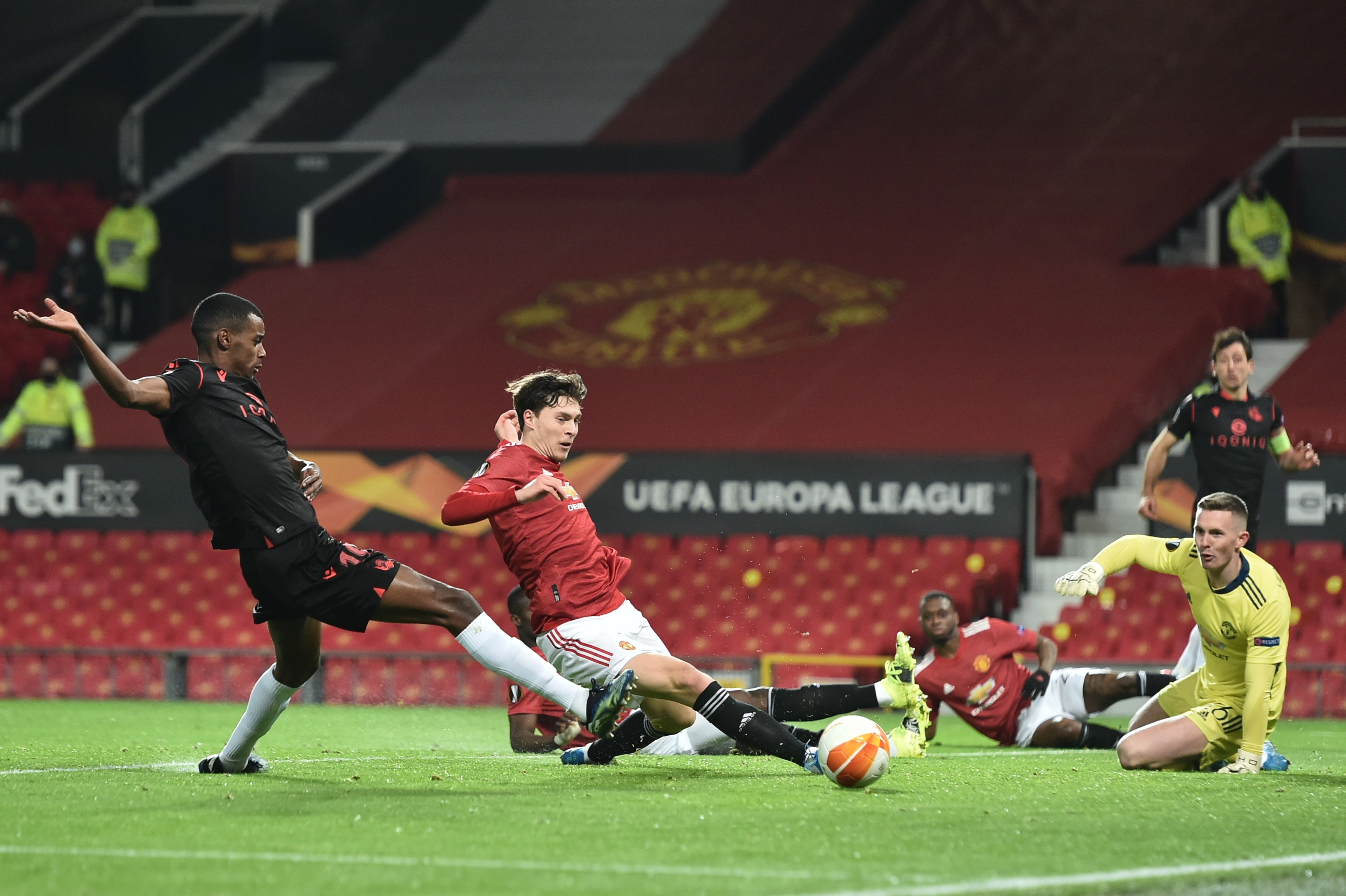 Neither side were able to break the second-leg deadlock in the opening 45 minutesCredit: EPA

Thankfully for him La Real captain Mikel Oyarzabal hit the spot kick with less authority than Jackie Weaver, sending it wide and up the steps of the Stretford End.

It was the only mistake James made as he is beginning to look like the real deal again.

He admitted on the eve of the game the mistake he made in losing his place and his form was in not being true to himself.

Now James is ready to be James with those searing ruins and manager Solskjaer will hope the knock that saw him go off in the second period is not serious.

His change of approach had brought rewards with three goals in his previous three appearances.

Hugging the left touchline he would receive the ball and cut inside leaving defenders in his wake.

He can add movement to a frontline that lack’s it with Anthony Martial leading it and one great run to meet a Bruno Fernandes chipped through ball almost broke the deadlock. 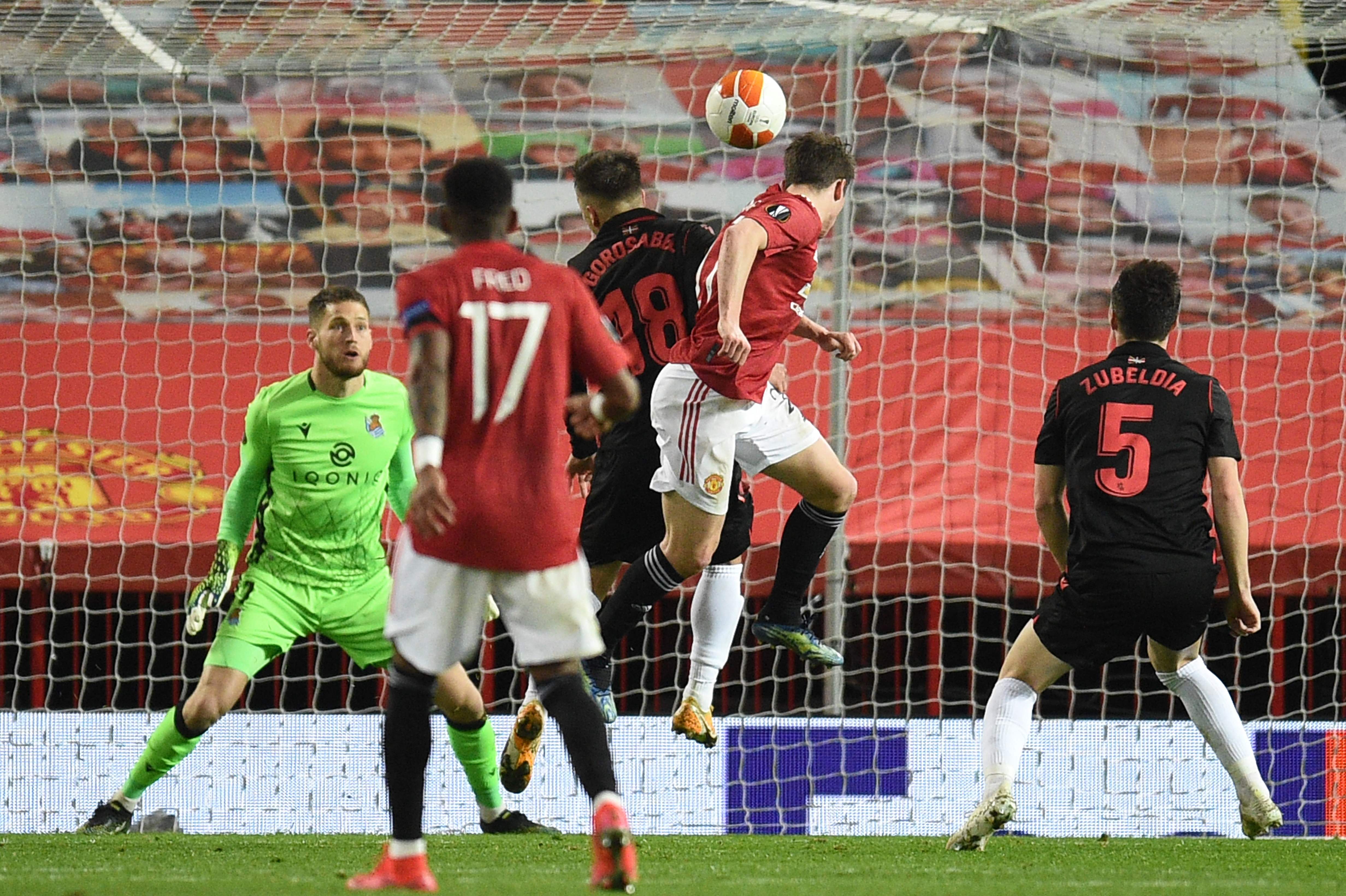 Daniel James was denied a headed goal by a brilliant diving save from Alejandro RemiroCredit: AFP or licensors

It was on 36 minutes when Fernandes sliced across the ball sending it perfectly into the path of James who leapt and headed goalwards only to be denied by a full length save from Alejandro Ramiro.

There were further chances for United in the first period with Martial having a powerful shot from just inside the area well saved and Fernandes crashed a right foot effort off the bar.

They found the net on 63 minutes but Axel Tuanzebe was denied his first goal for the club by VAR after powering home a header from Alex Telles corner.

But it was ruled out on the VAR’s advice as Victor Lindelof had taken out Jon Bautista with a jump and knee to the face. The United defender would get a booking into the bargain.

There would special moments for teenagers Shola Shoretire and Amad Diallo in the second half.

Academy graduate Shoretire got his debut with a couple of minutes at the end of the 3-1 league win over Newcastle on Sunday.

Last night he became their youngest ever player to take part in European competition having turned 17 just last month.

Dialo, 18, who could cost United up to £37million came on for his debut following his switch from Atalanta where he had made a handful of appearances.