QUALITY strikers are flying out the Academy at Spurs.

Harry Kane is, obviously, the most famous and most successful of recent years. 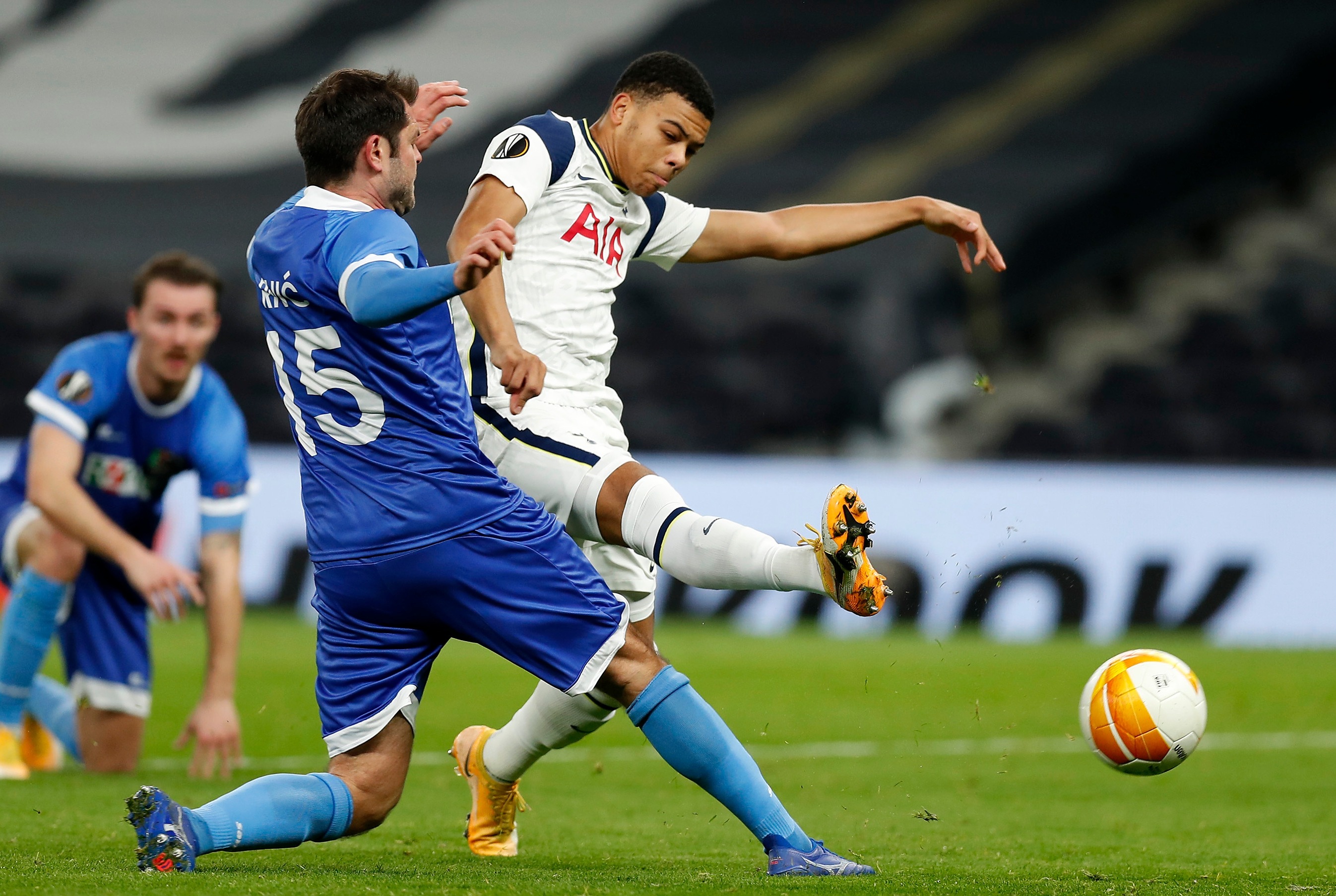 And there’s a huge buzz about Ireland international Troy Parrott, 18, who will be looking to show his worth this season on-loan at Millwall.

But the latest forward to wow North London fans be given his opportunity is Dane Scarlett.

It’s no wonder boss Jose Mourinho has been raving about him after his brilliant cameo against Wolfsberger.

Scarlett provided his first assist in Spurs colours, leaving his boss amazed and calling the talent “a diamond”.

“He is a diamond, a kid with incredible potential,” The Special One told BT Sport.

He has worked many times with the first team and that gives him a different personality. He is still 16, 17 soon [in March] and I believe next season he will be a first-team squad player because he has a lot of talent.

“He is going to be a fantastic player and I hope everything around him goes well. He is a striker, a number nine, I have been playing him from the sides similar to Marcus Rashford and he is very clever.”

The promising youngster made history in the Europa League earlier this season when he appeared against Ludogorets. 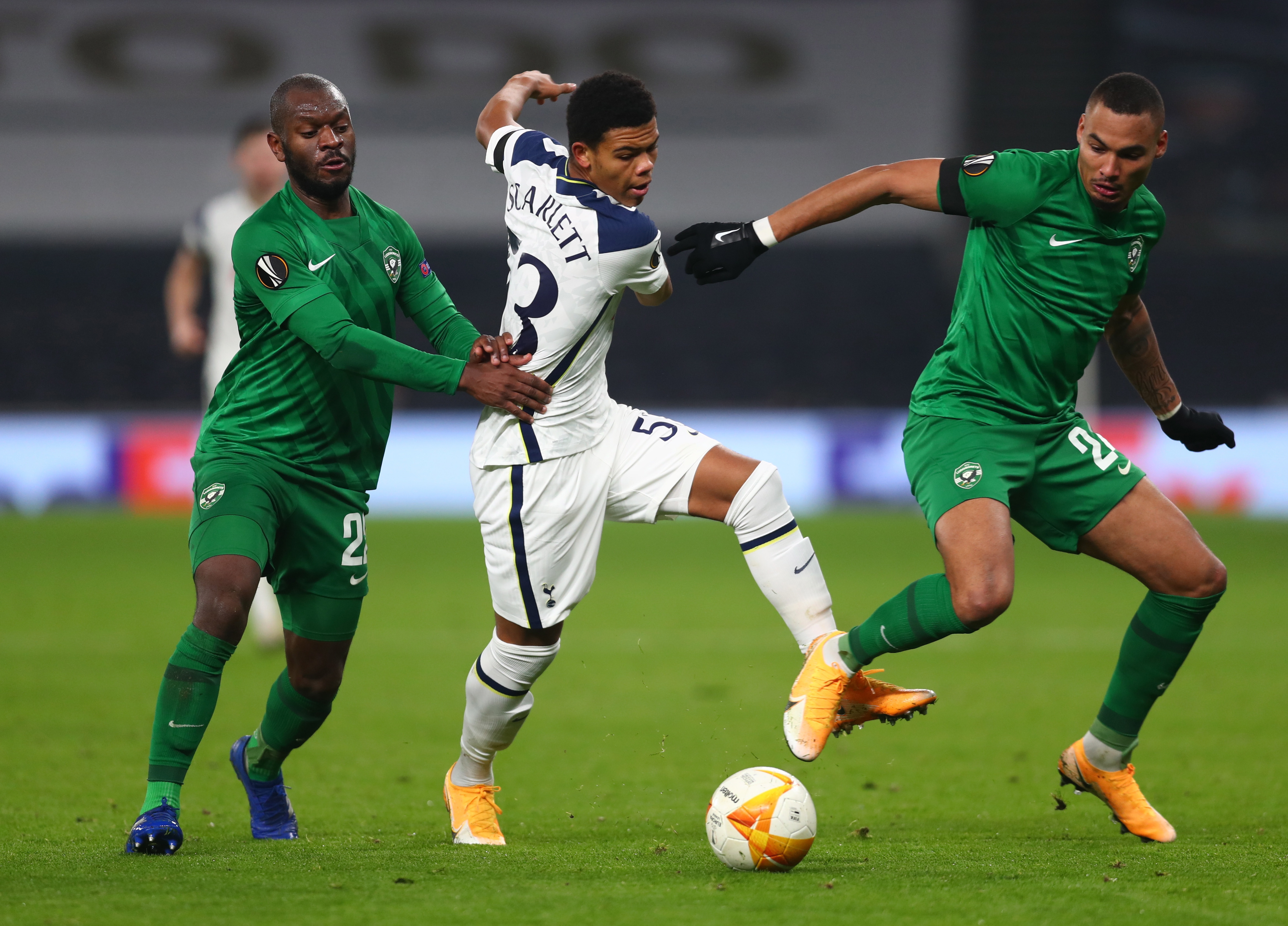 Scarlett became the youngest ever player to appear for Tottenham when he came against LudogoretsCredit: EPA 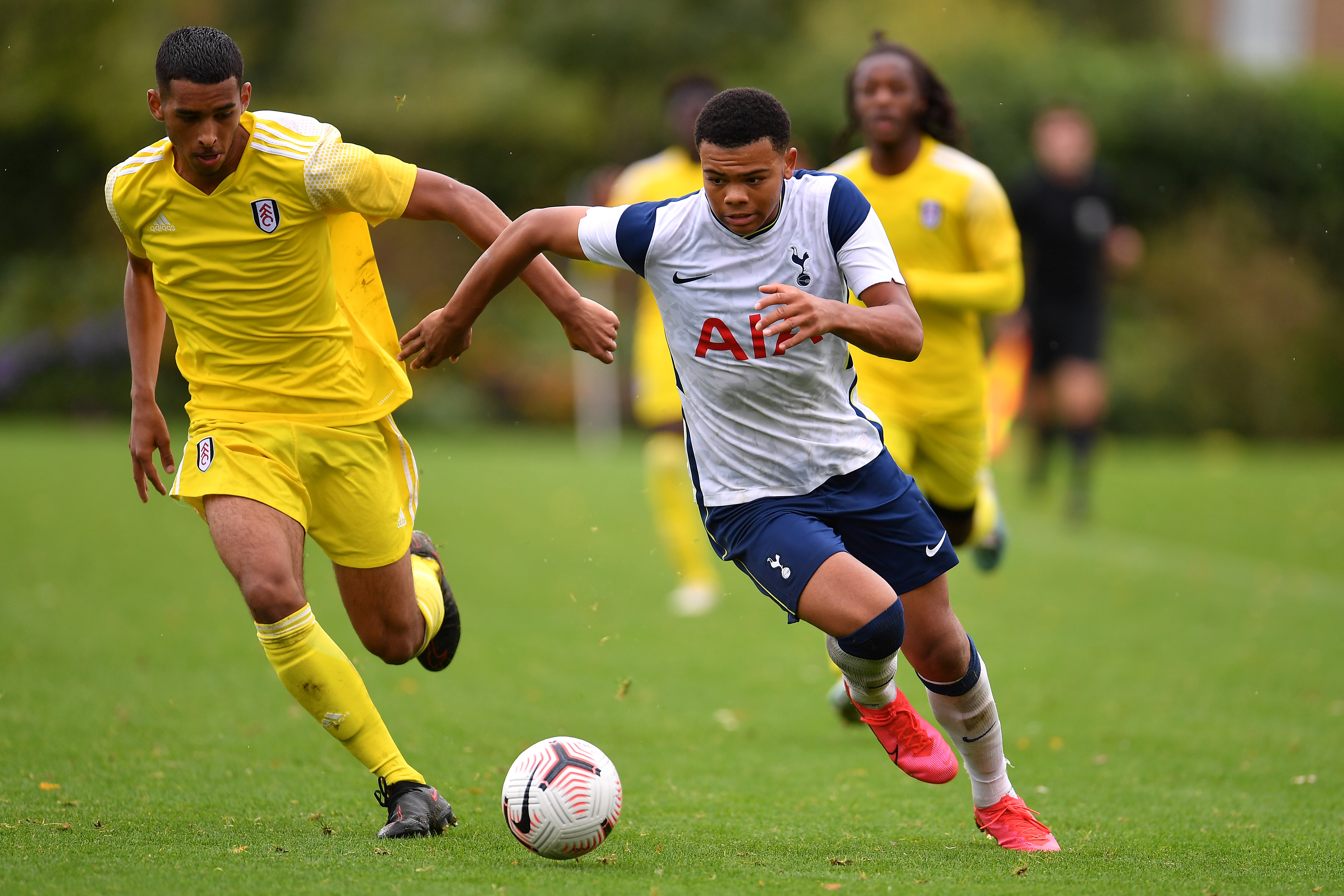 At 16 years 247 days old he became the youngest Spurs player to appear in a competitive game – breaking a record set by John Bostock in 2008.

However, it was an opportunity that looked far away last season when he suffered a serious knee injury.

Capped by England at U16 level, Scarlett was promoted to the Spurs U18 side at the beginning of last season.

He played four times, netting his first goal at that level in October, 2019 against Aston Villa.

But a month later, his season was ended by a serious knee injury in a game against Chelsea.

It left Scarlett on the sidelines for a year, but he didn’t let that setback curtail his progress.

A year ago sustaining a season ending Knee injury. To making my @SpursOfficial debut, also becoming the youngest ever Spurs player is a dream come true for me and my family. Thanks to everyone that’s supported this far. It was a shame I had to make my debut without you Spurs fans pic.twitter.com/xquGq2ueAh 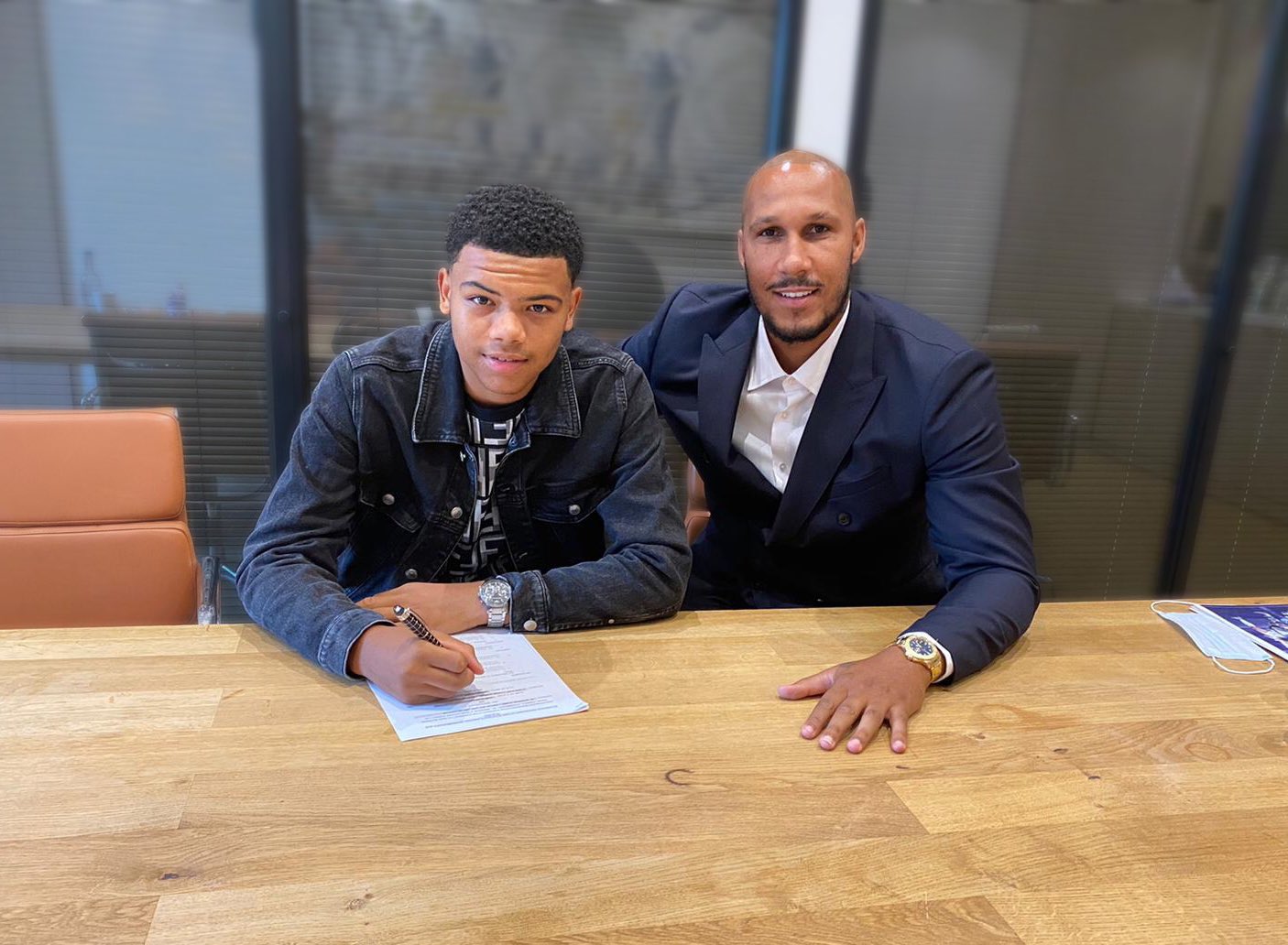 Big things are expected of Scarlett at Spurs, who has shone at youth levelCredit: [email protected] 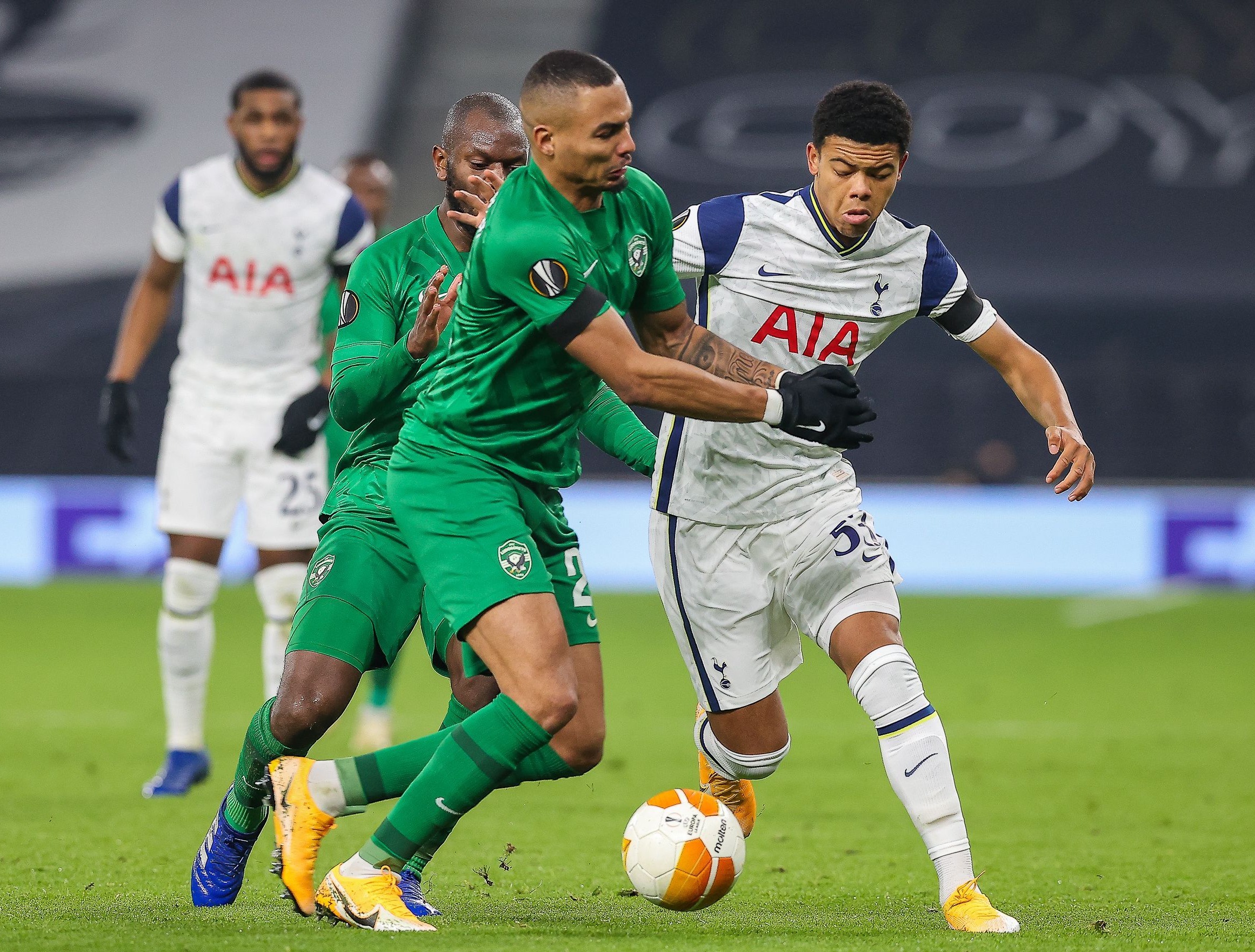 He worked hard to get back to full fitness, and this summer his patience and determination was rewarded in preseason when he trained with the first.

Scarlett appeared in friendly games against Ipswich Town and Reading at the Tottenham Hotspur Stadium.

But it is in the U18’s he has been used to full effect – scoring a mega 10 goals in eight games so far.

After battling back from serious injury and showing his worth, Scarlett was rewarded with a place in the squad for Tottenham’s Europa League tie against Ludogorets.

But boss Jose Mourinho was unaware of the record the debutant was about to break when he ran onto the pitch for the final few moments of a game already won.

He just felt that the kid deserved it after a tough year in the game.

“I didn’t know that (he would be Tottenham’s youngest player),” Mourinho told Football.London.

“So when I played him I didn’t know he was the youngest one. It’s a good thing. 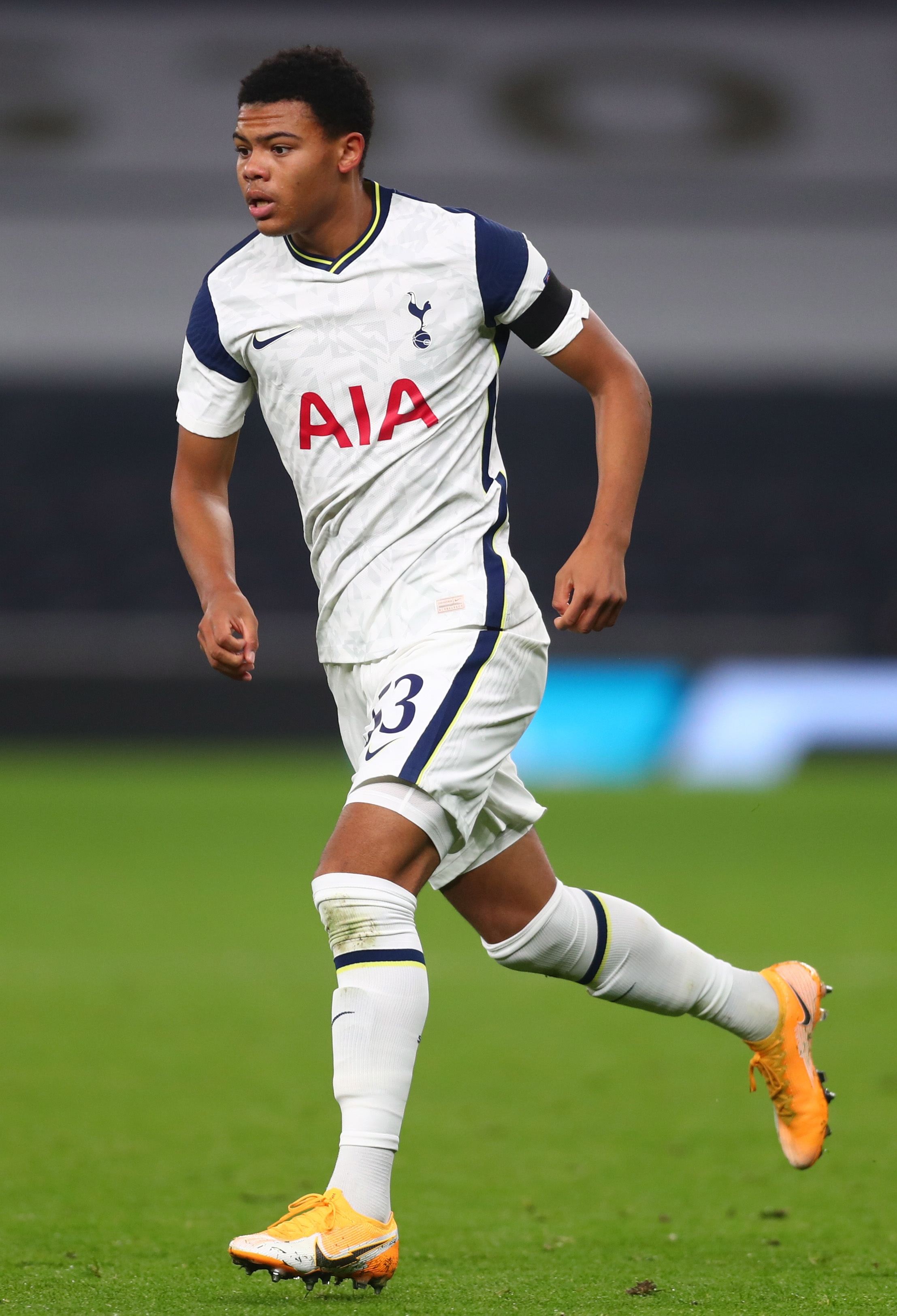 Jose Mourinho felt Scarlett deserved his chance in the Spurs first team after battling back from injuryCredit: EPA 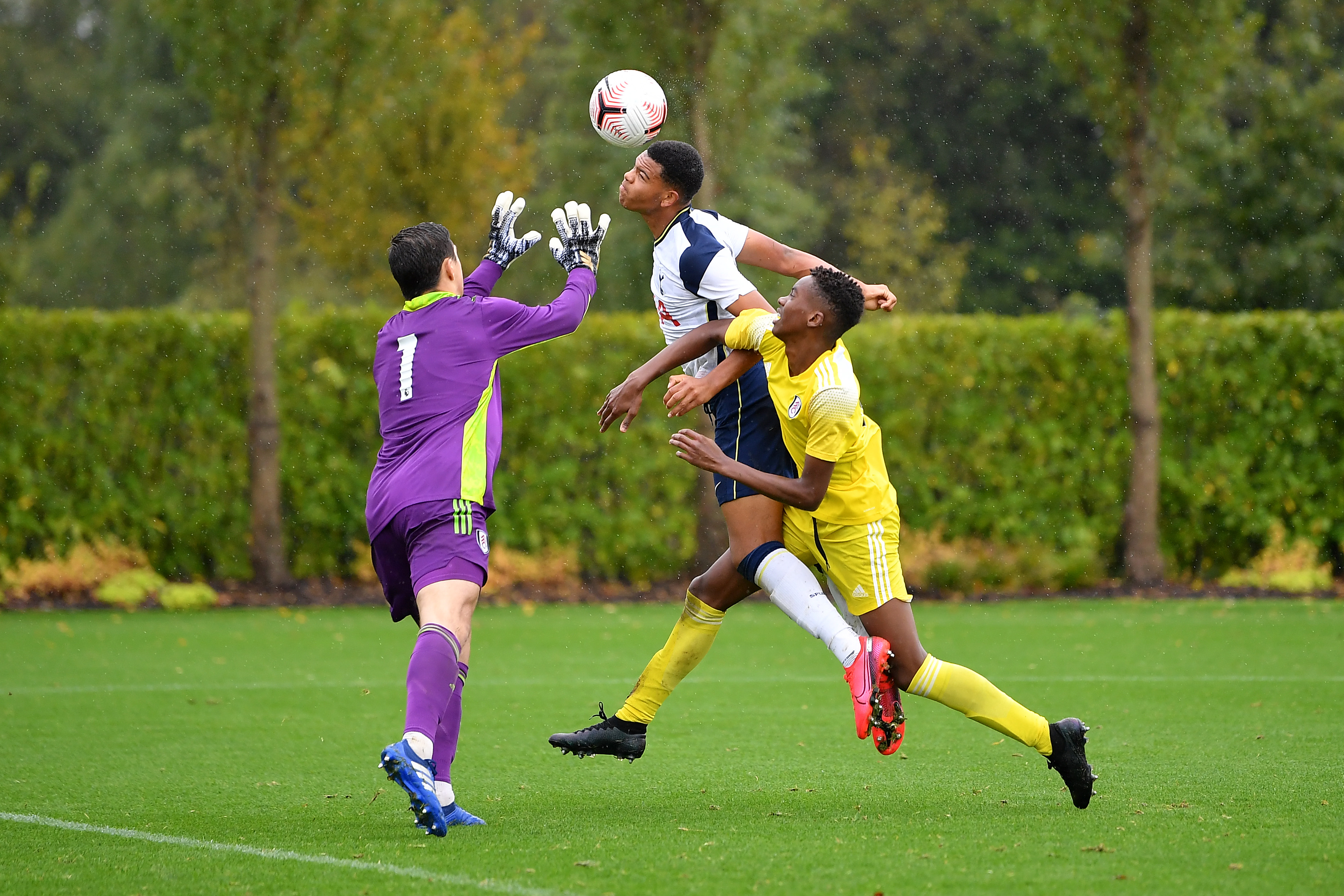 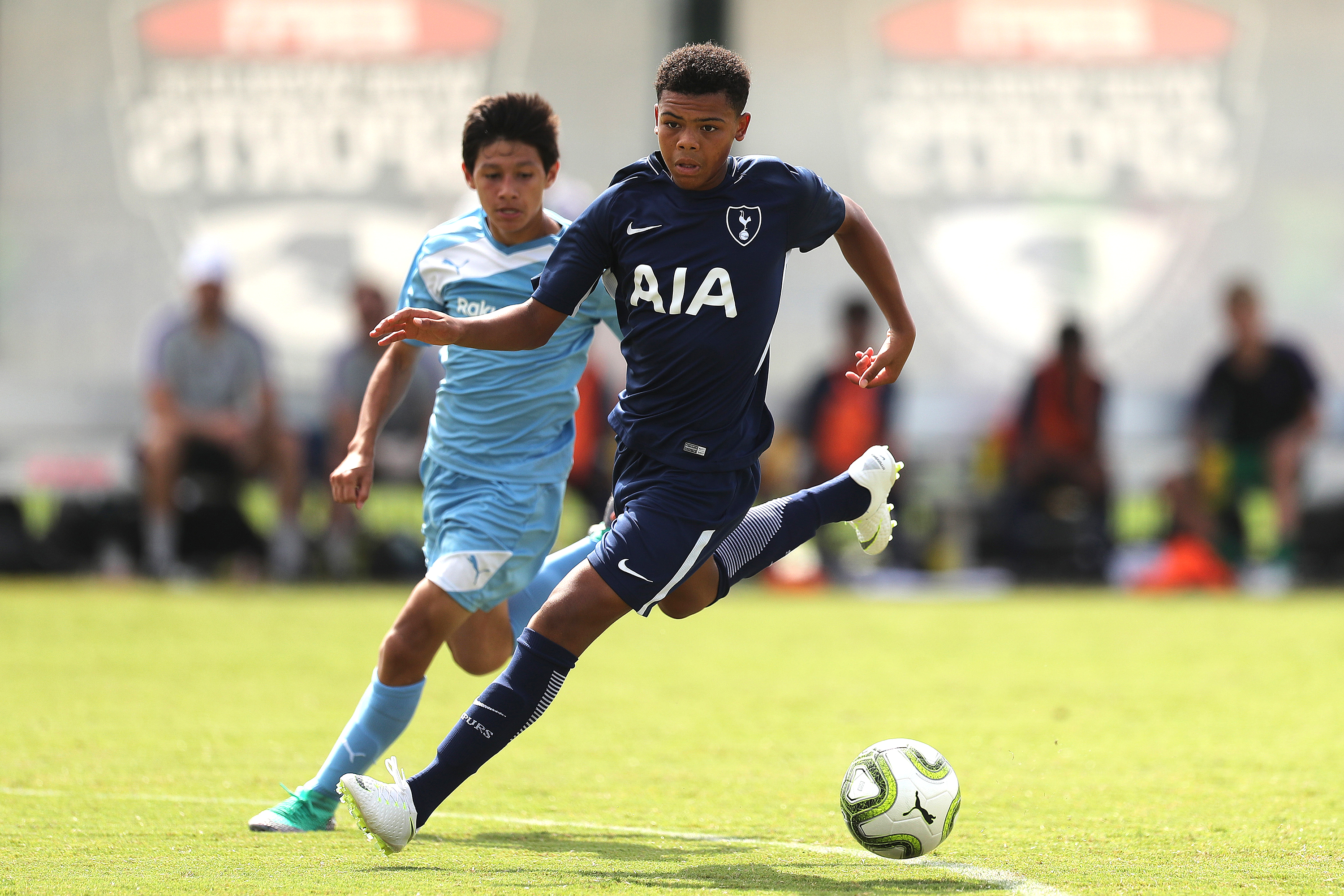 Can Scarlett follow Harry Kane in becoming a Spurs regular from the Academy?Credit: Getty Images – Getty

“He played a few minutes in some of our pre-season matches. Of course, he went back to his [U18] team. He trains with them.

“Yesterday when I felt there was space for another young player in the squad, I didn’t decide by myself, I asked my football director and I asked the academy director and they contacted all the coaches. ‘Who deserves?’

“There are of course a few names, especially the U18s because they are doing so well.

“They gave me his name and because I knew him already I thought if the opportunity would arise it would be a good chance for me and a good feeling for everyone in the academy.”