TOTTENHAM want Julian Nagelsmann to replace sacked Jose Mourinho — and the RB Leipzig boss may arrive before the season ends.

Mourinho was axed on Monday after 17 months in charge at Spurs, with player power understood to have played a part in his dismissal just six days before the Carabao Cup final against Manchester City. 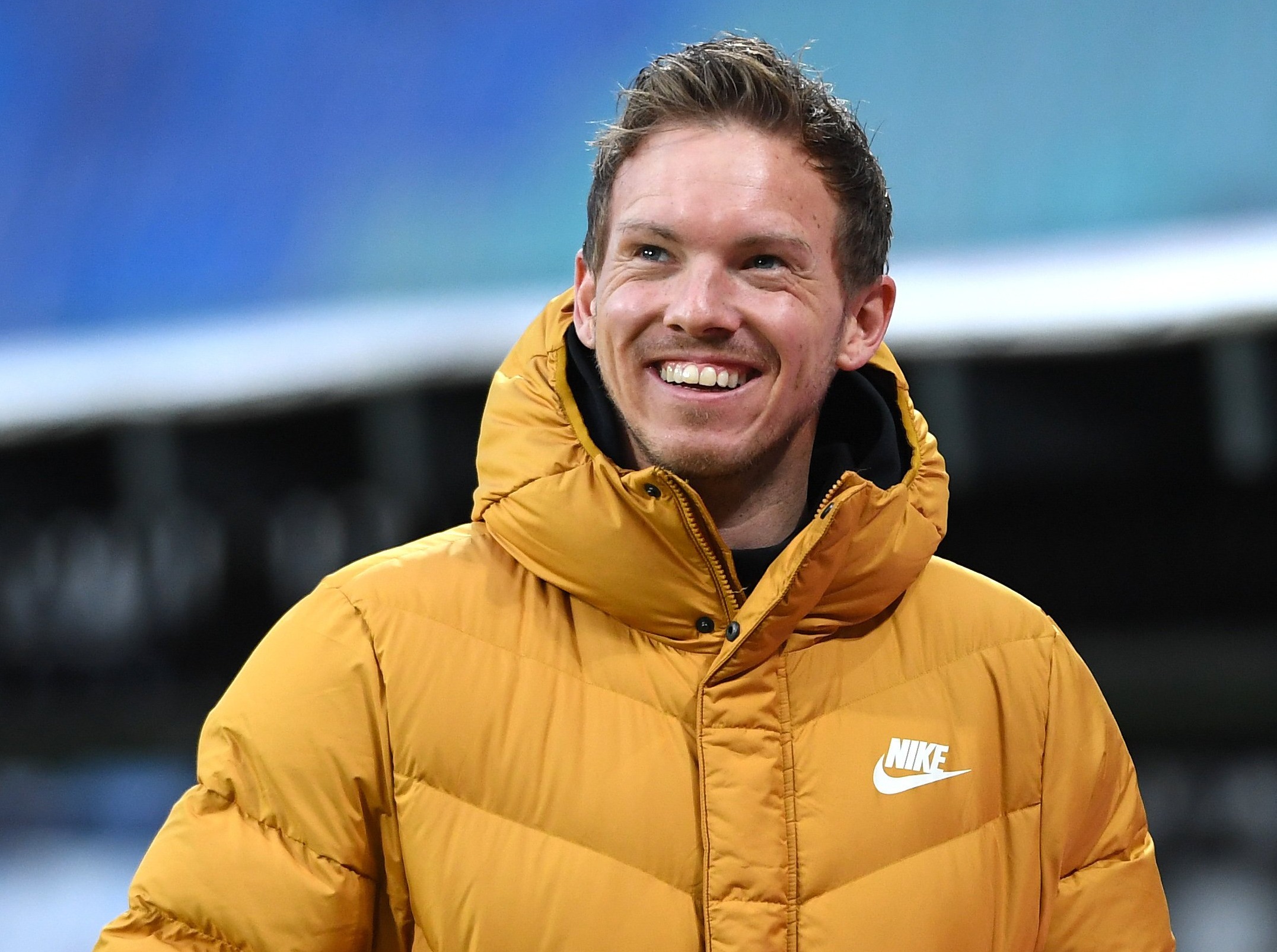 But the duo have not been told they will definitely remain in charge for the rest of the season.

Spurs hope Nagelsmann may arrive before the summer — although the 33-year-old is under contract for two years.

Bayern have also been linked with him after Hansi Flick announced his desire to quit this summer.

But Spurs believe they can lure Nagelsmann, who wants to manage in England.

Chairman Daniel Levy has been weighing up sacking Mourinho, 58, for weeks.

But SunSport has been told several senior players spoke to Levy last week between the home defeat by Manchester United and Friday’s 2-2 draw at Everton, which left their hopes of a top-four finish almost over.

They are said to have expressed their deepening concerns over the Portuguese’s training and man-management methods.

And while their views were far from the only factor in Mourinho’s axing, they did not help his cause.

Levy said: “Jose’s a true professional. I have enjoyed working with him and regret that things have not worked out as we both had envisaged.”

While Mourinho has fallen out with many players at Spurs, captain Hugo Lloris and England skipper Harry Kane remained on-side until recently.

And there were increasing concerns that Kane could try to force a move from Spurs this summer, with plummeting dressing-room morale under Mourinho not helping his mood.

Striker Kane, 27, tweeted: “Thank you for everything Boss. A pleasure to have worked together.”

Mourinho’s sacking, just hours after European Super League plans were announced, is not connected to the potential breakaway competition.

He will receive the remaining £18million on his deal that ends next summer, unless he finds a new job.