TOTTENHAM got their season off to the perfect start today with a 1-0 win against last season’s champions Manchester City.

And one fan thought it would be a good idea to celebrate with the goalscorer Son Heung-Min, although it didn’t quite go to plan for him. 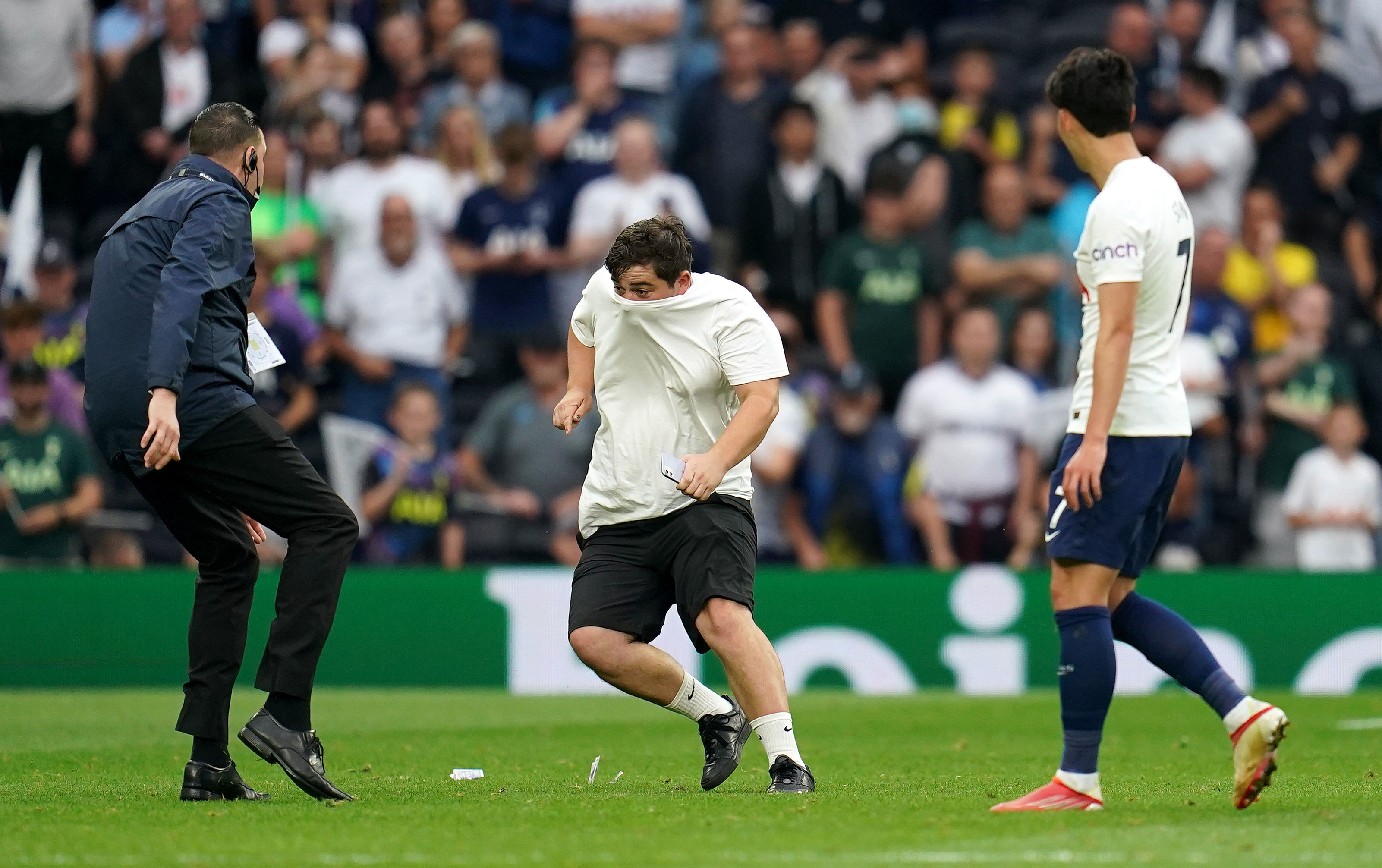 Son watches on as the pitch invader, with his shirt over his face, tries to evade securityCredit: PA 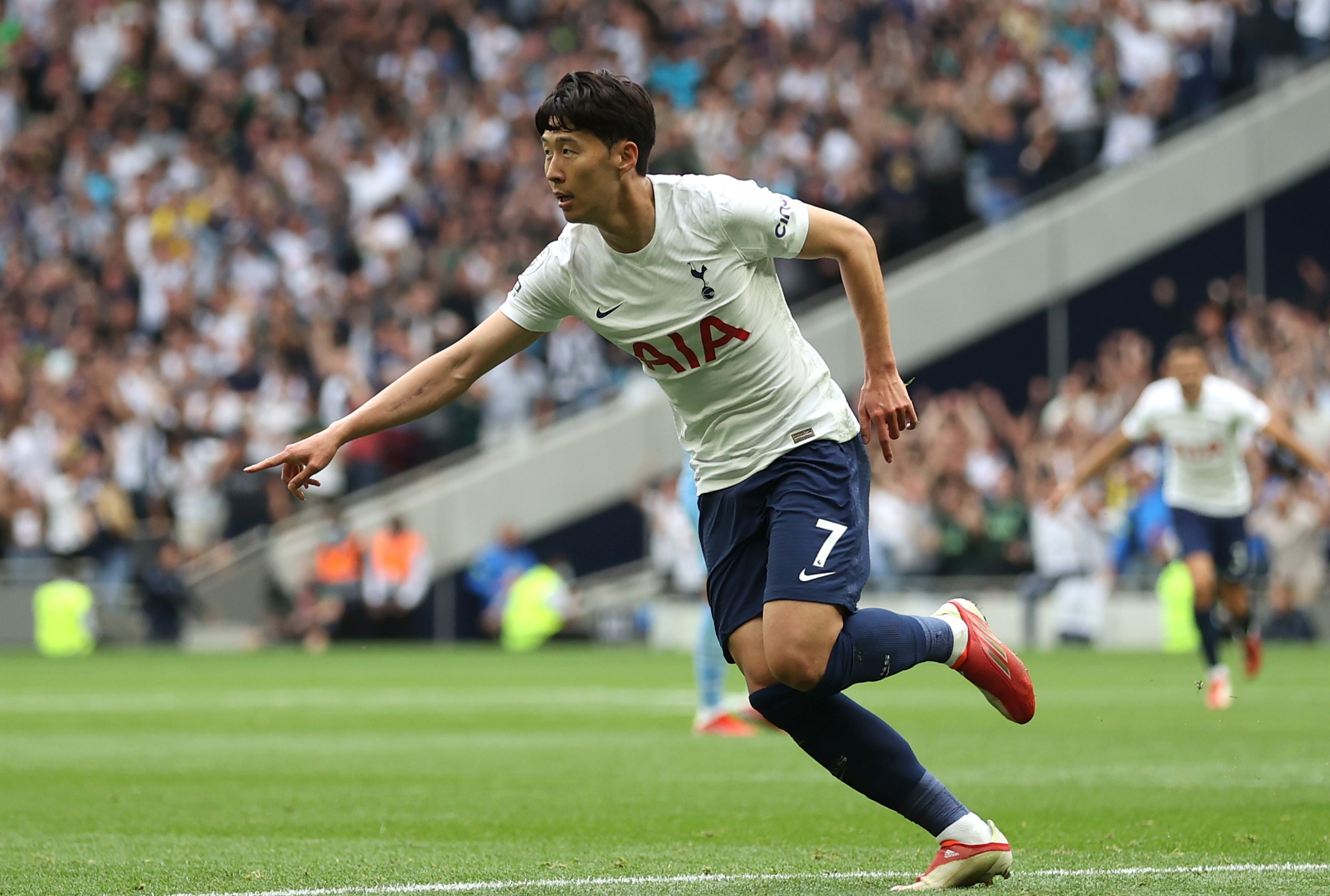 Son was in the process of walking off the pitch at the Tottenham Hotspur Stadium to a standing ovation from the capacity crowd, with the 29-year-old returning the applause as the suspect ran on to the field.

As the pitch-invader made his way towards the Spurs star man, he bizarrely pulled his shirt over his face before being stopped by security.

He was then carted away from the field as Son afforded himself a wry smile.

Son Heung-Min himself did look momentarily concerned, but quickly returned to applauding the Spurs faithful after they made it FOUR home wins in a row against Manchester City.

The fact that the invader even managed to get onto the pitch is a cause for concern for Spurs, although the culprit was stopped before he could get close to the match-winner.

But he was only one of FOUR spectators who forced their way onto the pitch at full time, with Jack Grealish giving his shirt to one young pitch invader after the final whistle.

It follows concerns over stadium security after England fans forced their way into Wembley to watch the Euro 2020 final without tickets in July.

He stepped up in the absence of Harry Kane – who was not in the matchday squad – to fire in an excellent second half strike that was enough for Spurs to seal victory.

For Tottenham it was the perfect way to kick off Nuno Espirito’s reign as manager – as their fans celebrated by singing: “Are you watching Harry Kane?”

It was the away side who started the better though, dominating the opening exchanges resulting in chants from the travelling fans of: “Harry Kane, he wants to be blue.”

But it was Spurs who came out on top, as Son curled home in the 55th minute and held on to claim the three points despite the introduction of Kevin De Bruyne in the second half.

After a rocky build-up to the game that was dominated by Harry Kane’s possible move to the Etihad, Nunu Espirito Santo’s side showed their fight to beat the most expensive team in Premier League history, with the City team costing a whopping £528.9MILLION. 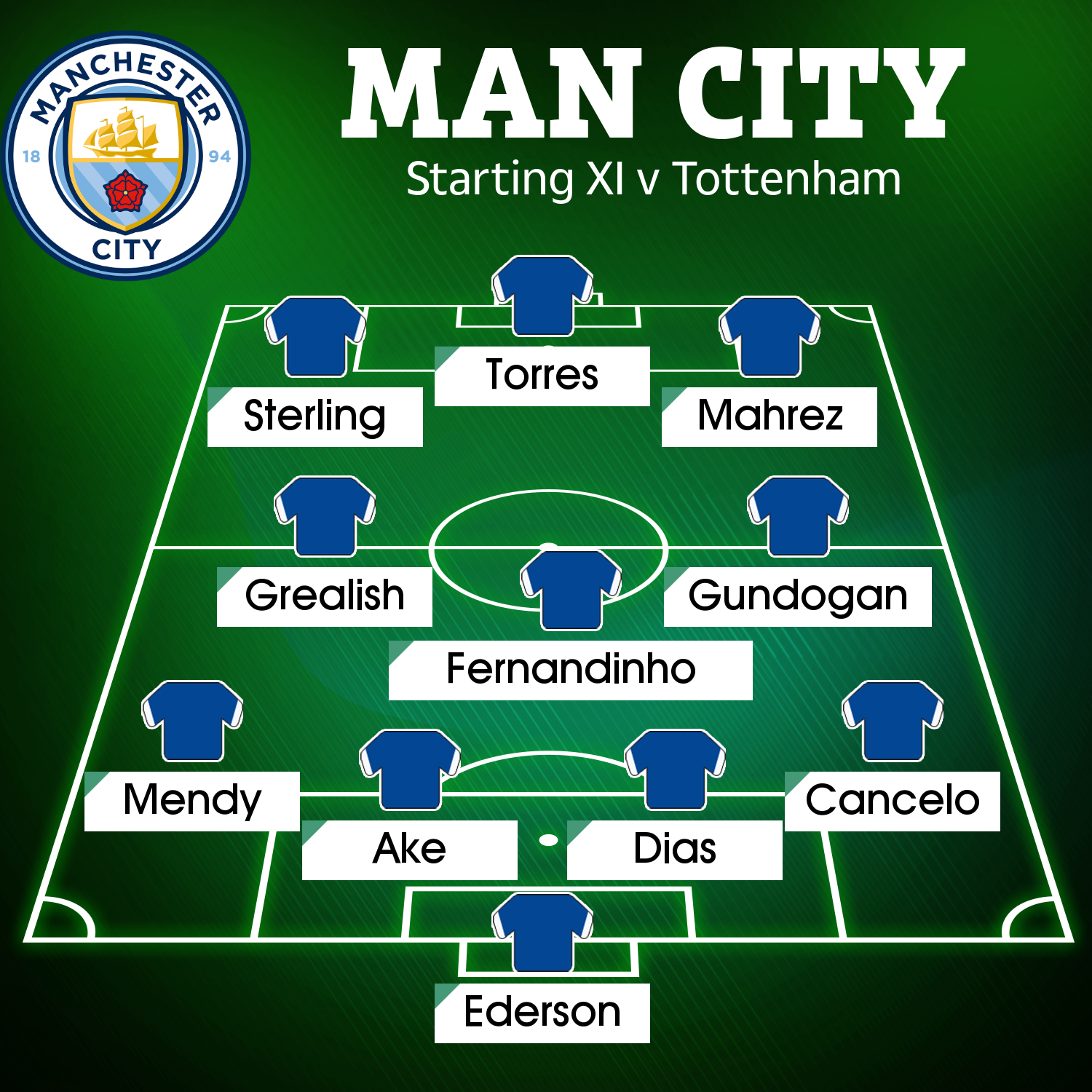 The most expensive Premier League starting XI of all time

But it might yet be City who have the last laugh.

SunSport revealed during the week that the defending champions want to re-open talks over a £120m transfer after a meeting between the two clubs. 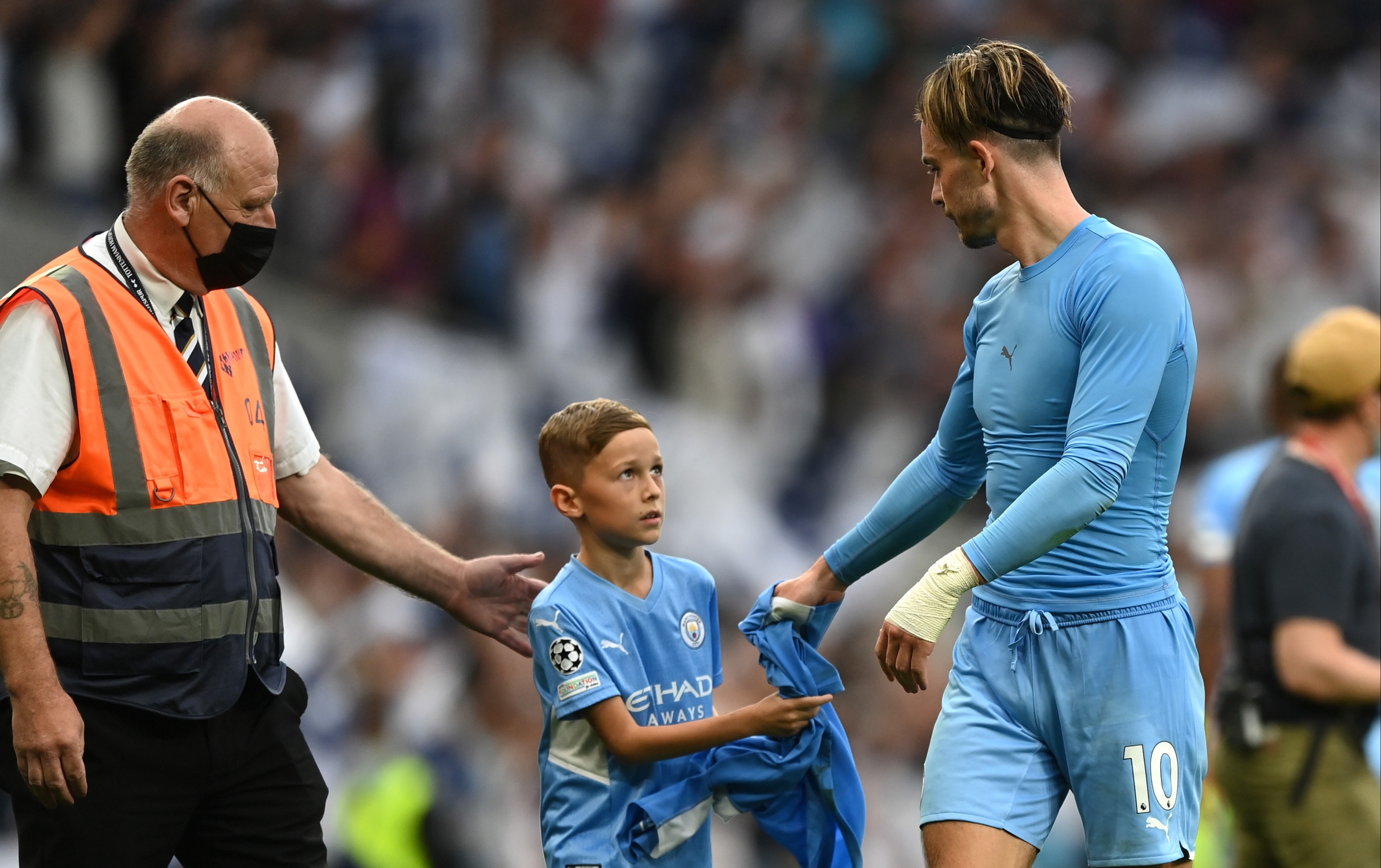 Jack Grealish gives a young fan who ran on to the pitch his match worn shirt before he was taken away by securityCredit: Getty 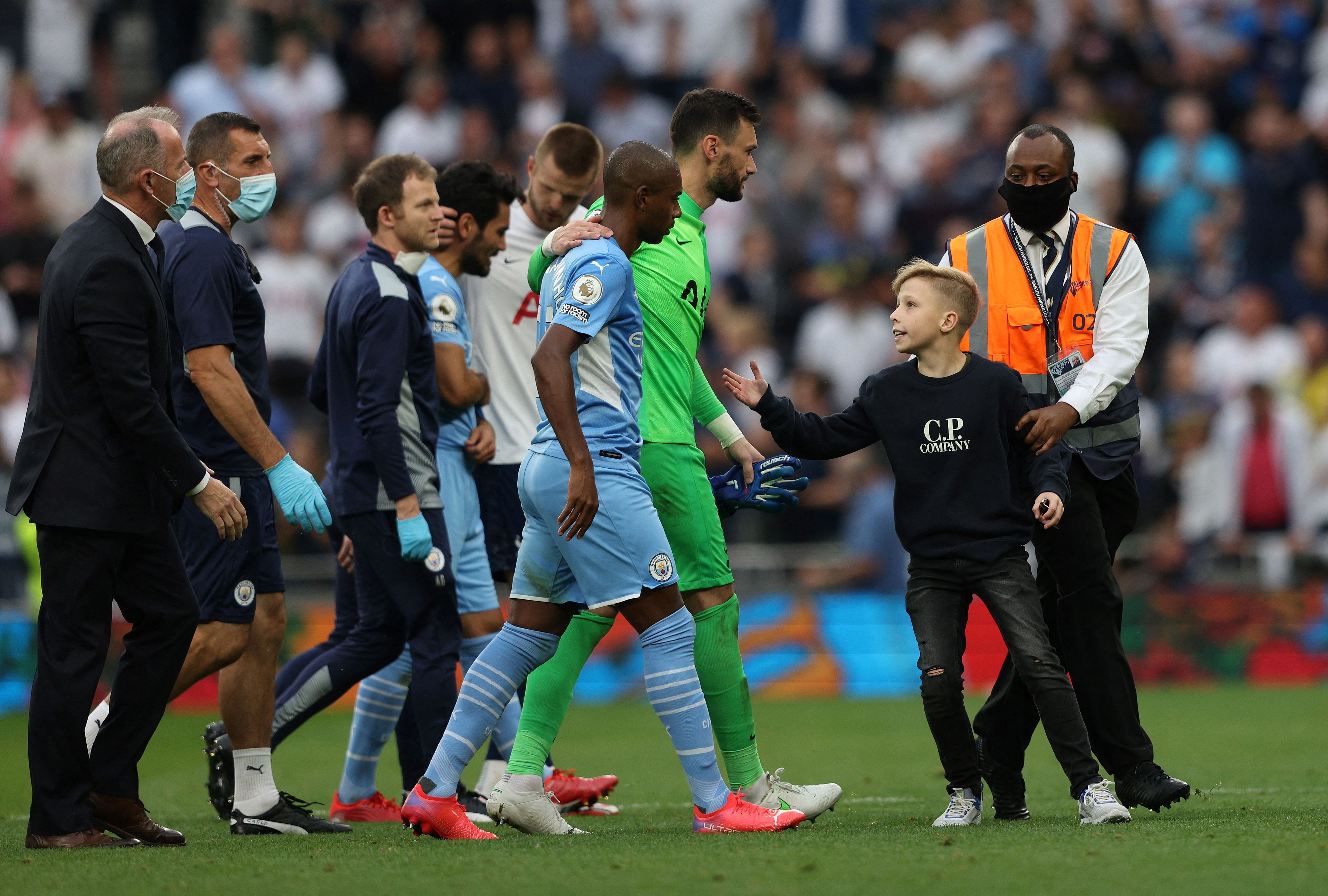 Another young fan went up to Hugo Lloris and FernandinhoCredit: AFP 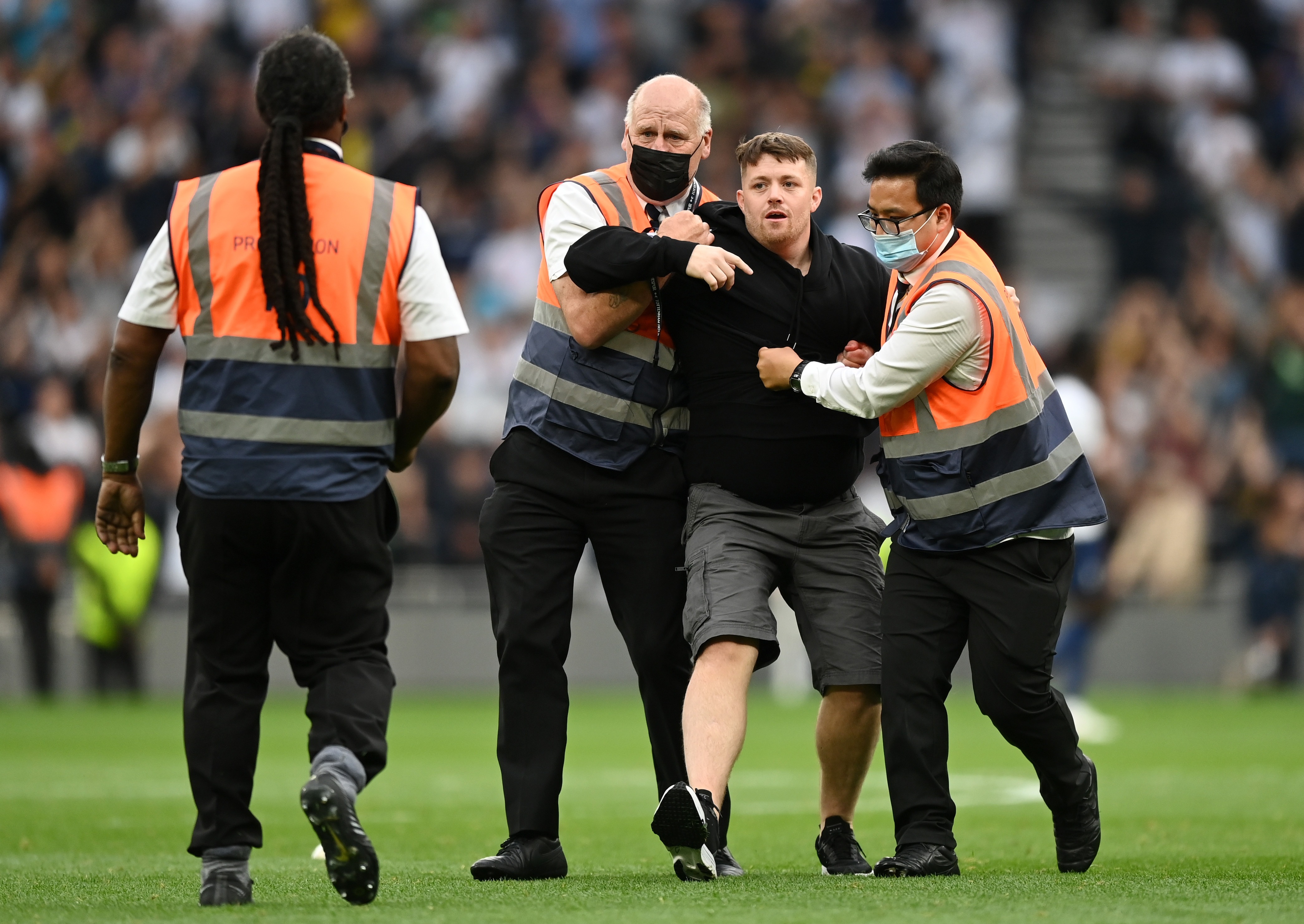 This pitch invader didn’t get so close, he was caught by security before reaching the playersCredit: Getty