JOSE MOURINHO is optimistic Harry Kane will be in the Tottenham team to face Manchester City the day before Valentine’s Day.

The Spurs boss admitted he feared the worst when his star striker injured both of his ankles in last week’s home defeat by Liverpool. 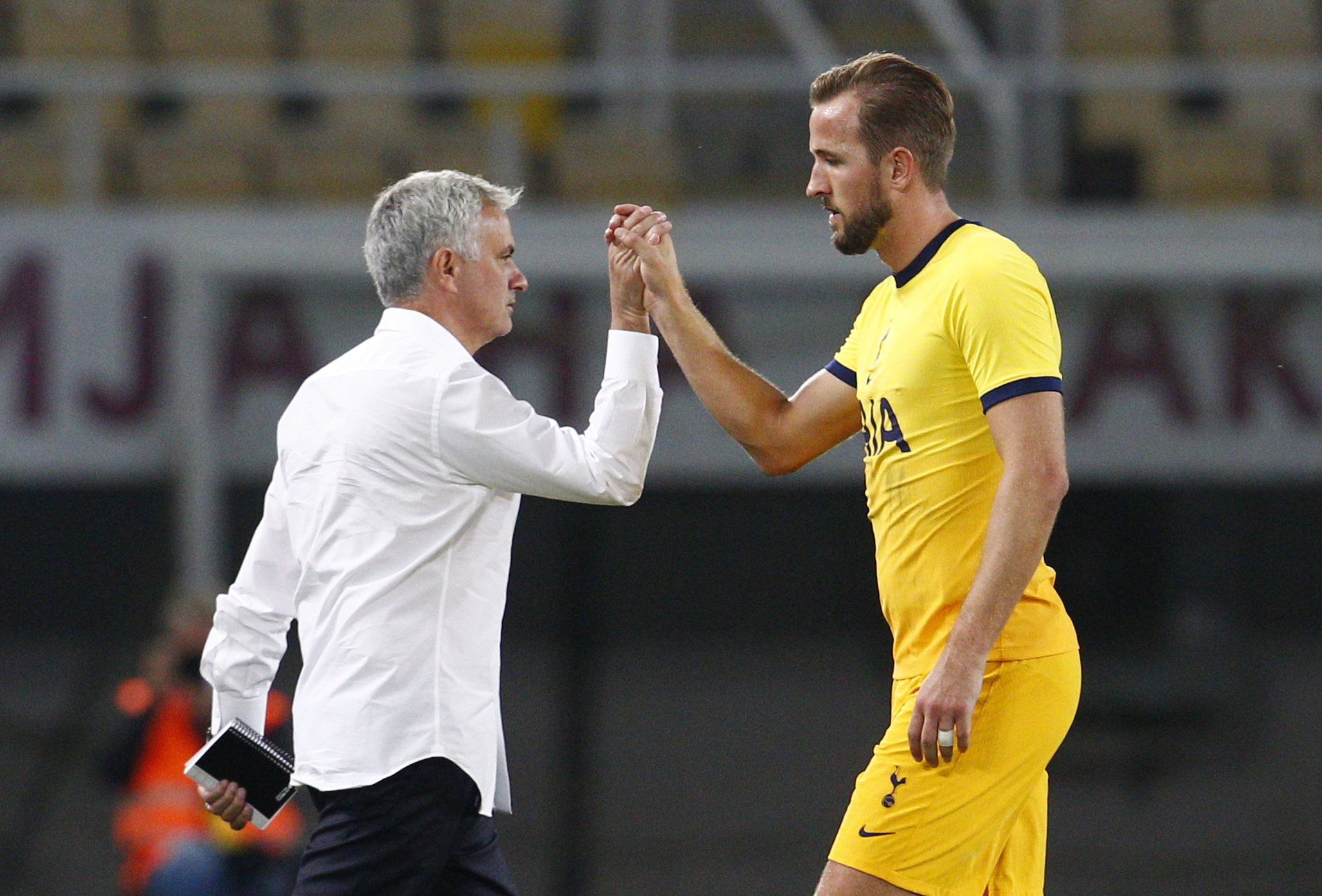 Jose Mourinho is confident Harry Kane will be fit to face Man City next weekCredit: Reuters

But Mourinho, speaking ahead of North Londoners’ clash against former club Chelsea tomorrow night, now hopes Kane will be back to face City on February 13.

He said: “It’s good progress. He is happy with the progress and of course we are happy too.

“I think it is not being very optimistic to say next week he should be playing, it is a consequence of his good evolution, so we are happy.

“We were a bit scared when everything happened but now we are much more positive.

“Next week we play Everton midweek in and City at the weekend. I believe for one of these matches he should be back.”

Mourinho said: “He needs to recover from his injury, he needs to be back to training and he needs to have a fresh start because in the last few weeks he couldn’t even train. So that’s the most important thing.

“I had a good conversation with him yesterday, we spoke about this and I think we found a very common ground.

“It is an important period of the season for the team and for him also. We need him. We need a good Dele Alli and we are just waiting for him to be back to normality, to training with the team.

“It is not just Dele, there is also Kane and Giovani Lo Celso – we are speaking about players that without all three we miss a little bit of some creative magic around the attacking areas.

“But I believe the conversation was maybe the extra motivation he needed to be back as soon as possible and to become available for the team.

“We play Europa League very soon and we are in the Premier League every week playing a couple of matches. We are also in the FA Cup next week but I don’t think he will be in time for that one.

“We have a final to play in April so we need a good Dele back.

“When physically he is ready, i believe he will mentally be in a good place to go for it.”

Boy, 2, ‘in extreme peril after he was abducted by “armed and dangerous” dad’