HARRY KANE thought he had saved the day once again.

But unlike his last-gasp heroics at Chelsea earlier this season and countless times before, on this occasion he was to be denied by VAR with ten seconds left on the clock. 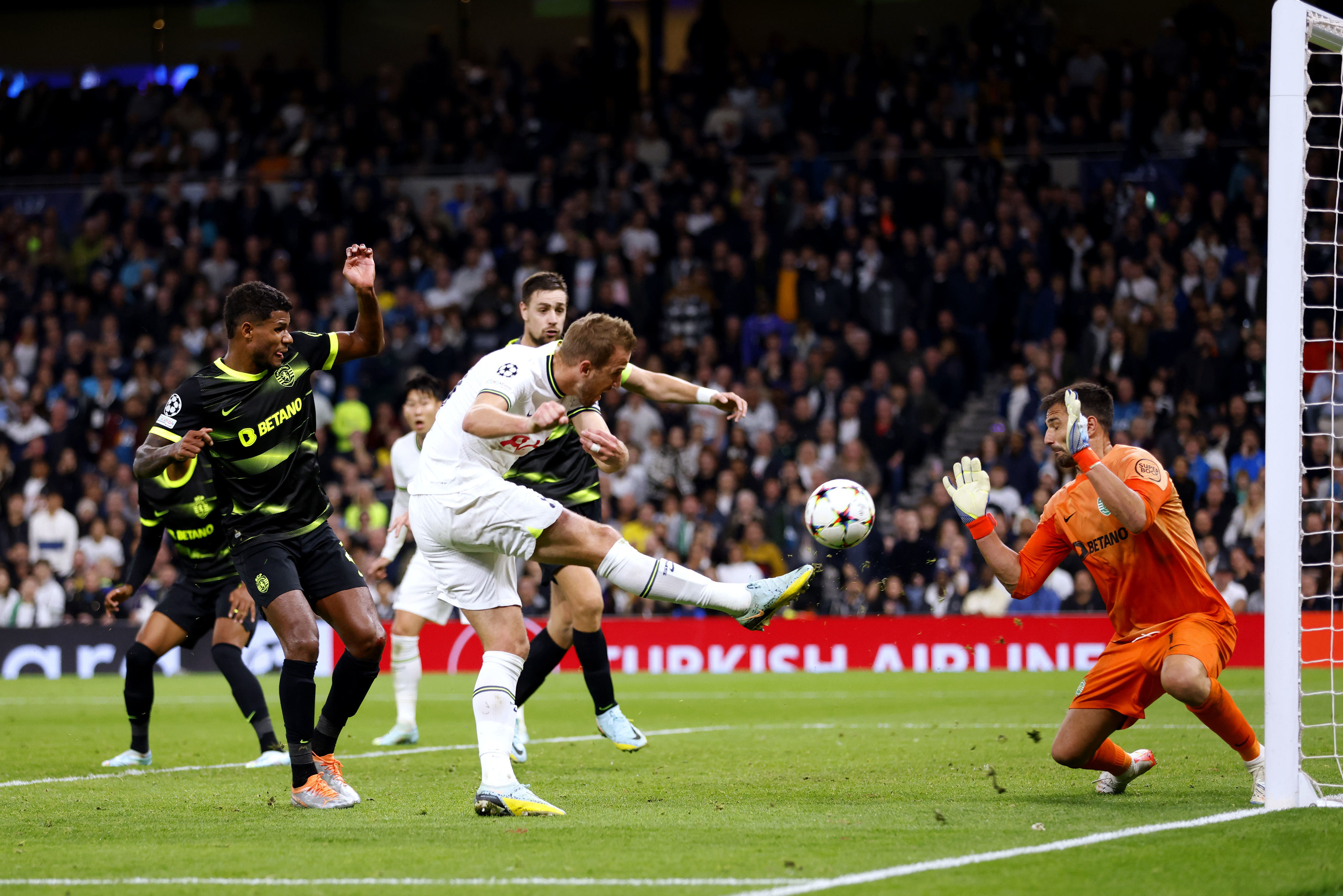 Harry Kane thought he had the winner in injury time only for VAR to interveneCredit: PA 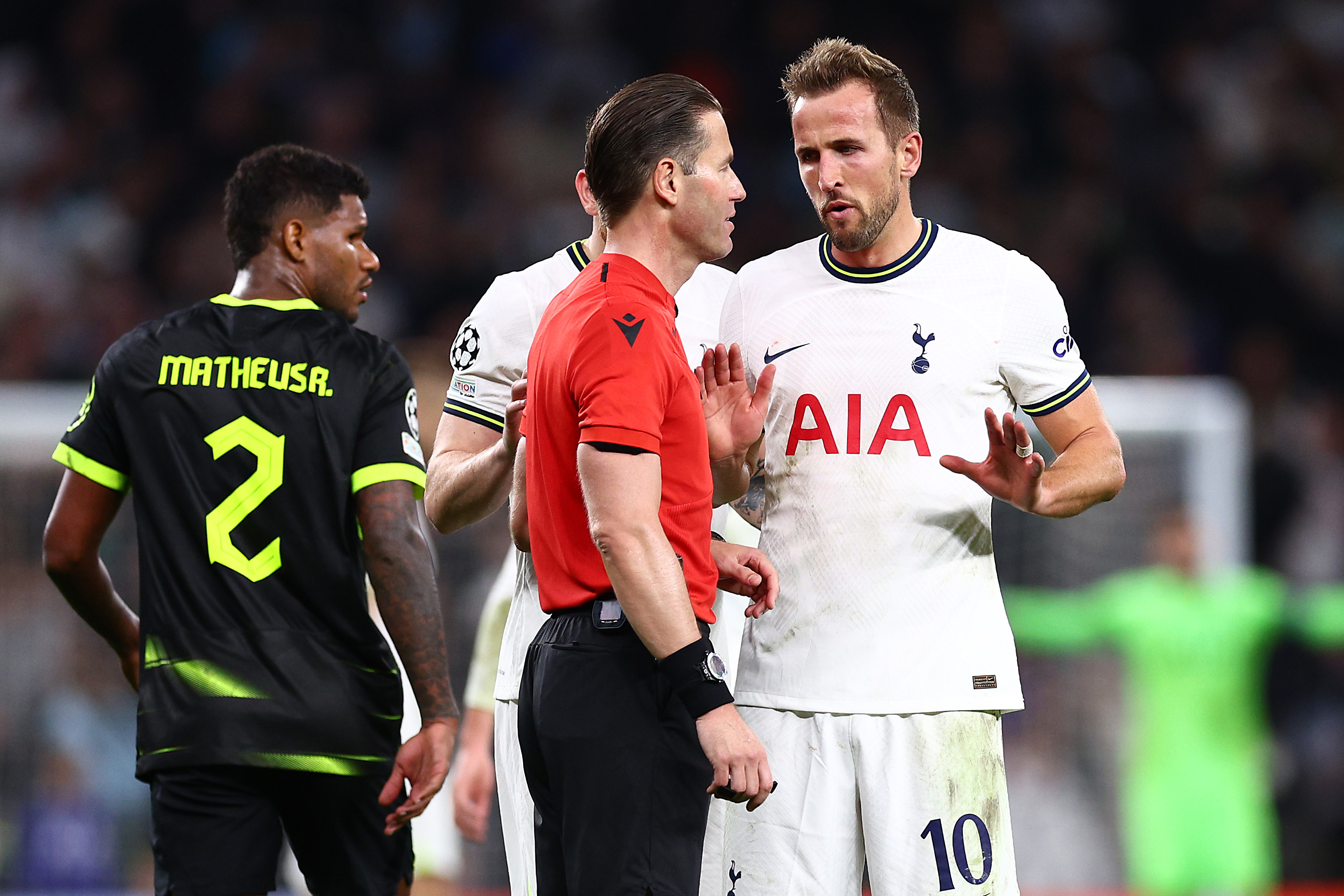 But the goal was ruled out for offside leaving Spurs furiousCredit: Getty

The stratospheric high to crushing low proved too much for Conte, who blew his top at the officials and was sent off.

Before the late drama, Conte’s Totteham had been serving up another uninspiring display, following on from two defeats in a row in the league.

Old boy Marcus Edwards, who joined Spurs as an eight-year-old but never made a senior appearance, was stealing the show thanks to his fine opener midway through the first half.

Rodrigo Bentancur’s late header looked as if it would only spare Conte’s blushes but not be enough to seal qualification for the Champions League knockout stages.

Yet when Kane crashed home Emerson Royal’s knockdown deep into stoppage time, all inside the magnificent Tottenham Hotspur Stadium believed the hosts had done it.

Then came that dreaded wait as VAR official Pol van Boekel intervened and eventually informed on-field referee and Dutch compatriot Danny Makkelie that the strike had to be chalked off for offside.

Eric Dier fumed at the Makkelie that Royal’s header went backwards, though that would have been irrelevant if Kane was in an offside position.

Although even that was hard to clarify after four minutes of replays.

Conte’s rage overtook him as he was given his marching orders.

Yet he will have known, deep down, that while the dreaded lines of doom on the video assistant referee’s TV may have been cruel on his side, defeat on Sporting would have been harsher.

Spurs went into this game knowing three points would have put them into the last 16 of Europe’s elite club competition.

But they served up another leggy display, continuing a theme seen in defeats against Manchester United and Newcastle in the last week.

Grumbles have been growing on the terraces over the team’s lack of invention.

There were plenty more of those here, though the fan ire, in the end, was directed at the spoil-sport officials.

Now Spurs must go to Marseille on Tuesday needing a result to avoid relegation to the Europa League. 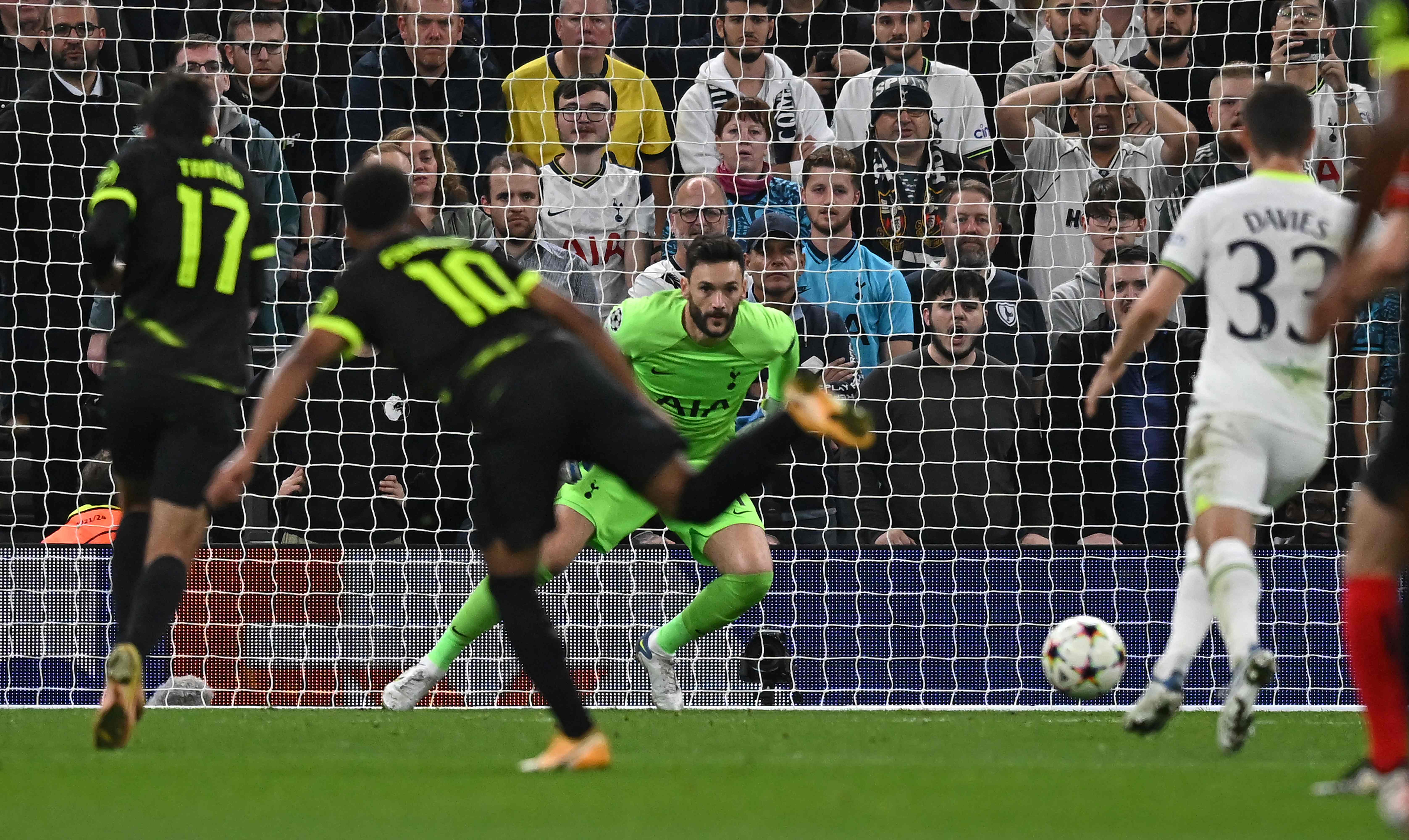 Marcus Edwards came back to haunt Tottenham with the openerCredit: AFP 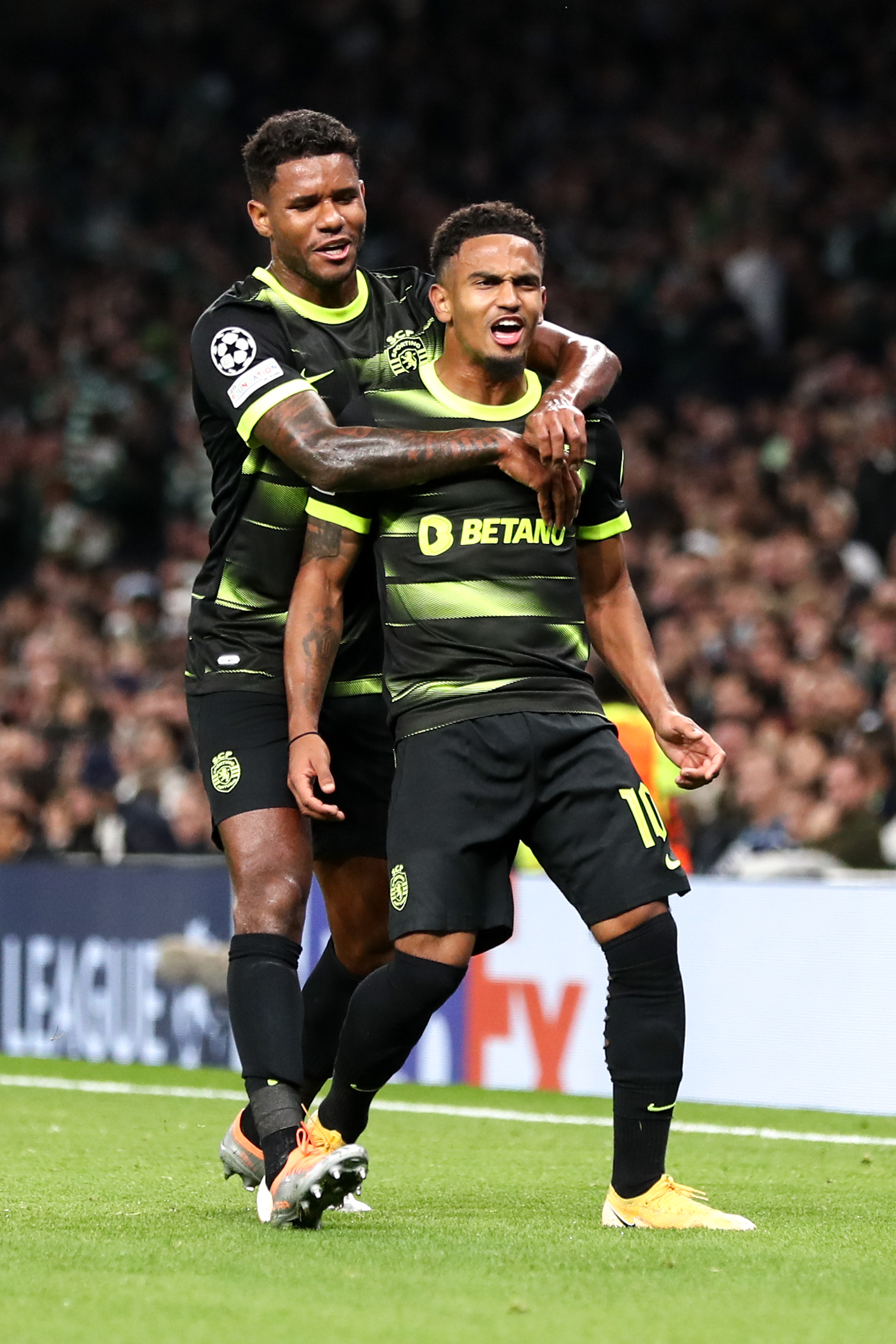 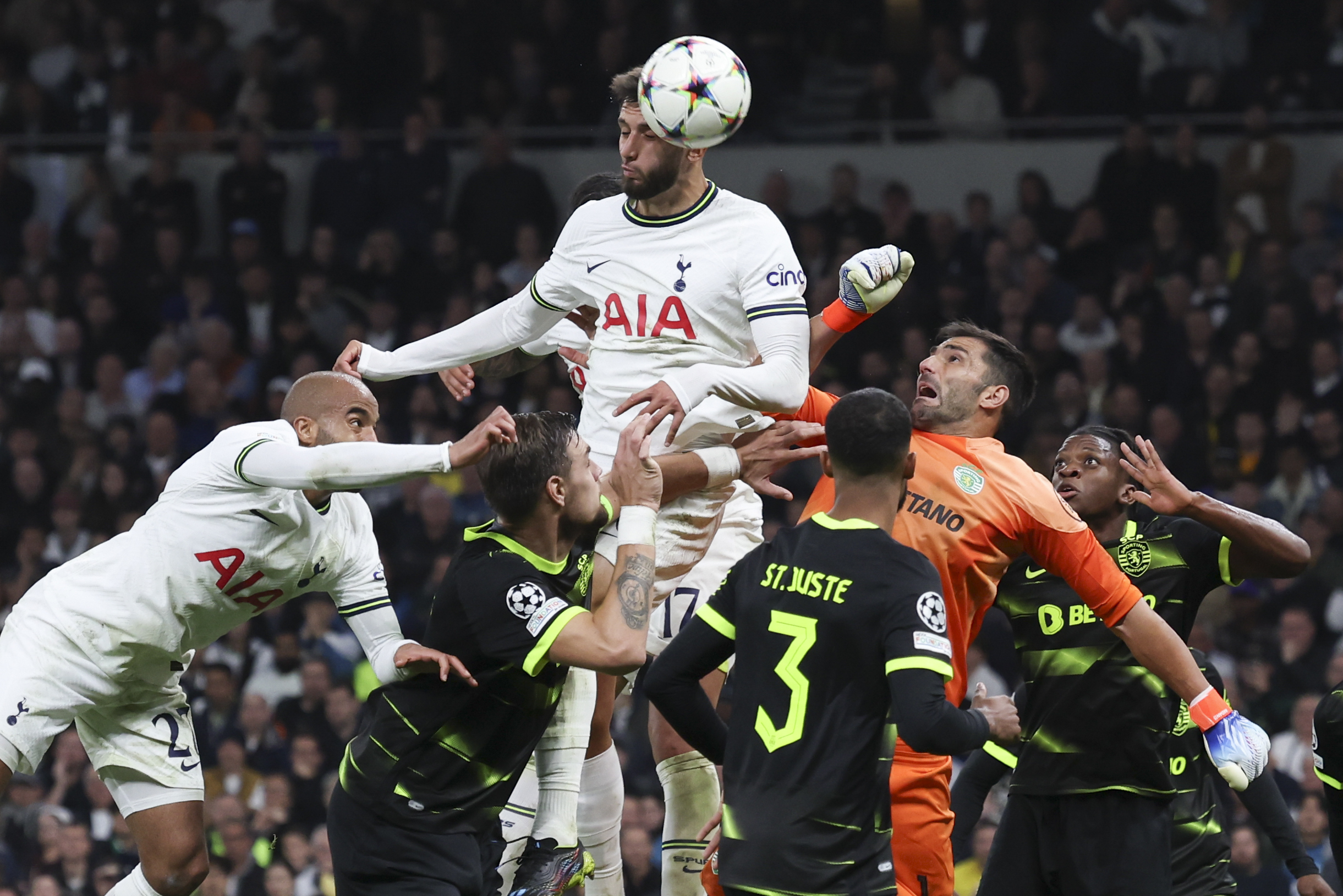 And, frustratingly for Conte, that means the likes of Kane, Dier, Son Heung-min and Pierre Emile-Hojbjerg cannot get the rest they so badly need.

Edwards was once likened to Lionel Messi by former Spurs boss Mauricio Pochettino for his ability on the ball.

But such praise was always going to be impossible to live up to and in 2019 he left the club permanently for Portuguese side Vitoria de Guimaraes.

Sporting liked enough of what they saw to sign him in January and since then he has improved so much that his manager Ruben Amorim has tipped him for England.

That Messi comparison did not seem quite so outlandish during the reverse fixture in September.

Sporting won that game 2-0 thanks to two late goals – inflicting Spurs’ first loss of the season in all competitions.

But the most thrilling moment came towards the end of the first half when Edwards emulated the Argentine genius by dribbling past Dier, Ivan Perisic and Cristian Romero, only to be denied a wondergoal by Hugo Lloris’ save.

This time round though, he did get to feel the ecstasy of finding the net against his old side.

On 22 minutes his moment came as he outmuscled Hojbjerg in midfield before letting fly with a low drive outside the area which nestled beautifully in the corner, giving Lloris no chance.

Boos rang out at the break not only in frustration of the scoreline off the back of two losses but for another lacklustre, tired display.

Sub Nazinho blew two great chances to kill Tottenham off, first seeing a shot repelled by Lloris and then firing wide of an open goal on the rebound.

Those misses proved costly as Bentancur headed home Perisic’s corner with ten minutes to go, with that goal surviving a VAR check.

Sporting old boy Dier should have won it but somehow headed wide from five yards in the 90th minute.

Then came Kane’s intervention as he blasted in sub Royal’s knockdown – only for the computer to say no.

Heading to the French riviera knowing defeat will send them into the Europa League is the last thing Conte needed right now.

But in the cold light of day, Spurs’ display here did not deserve more – as heartbreaking as it was to see Kane’s salvation denied. 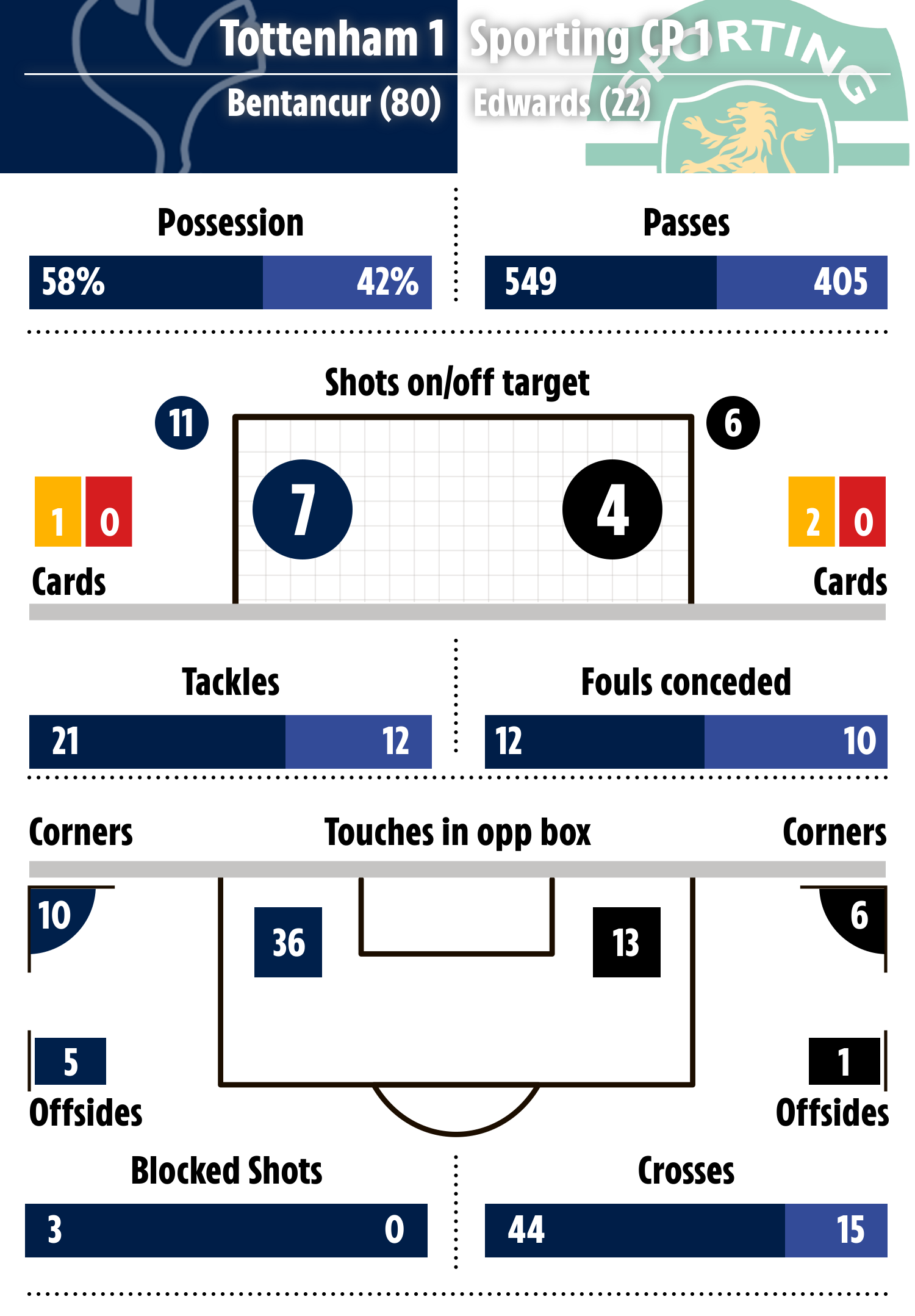 Sporting held their own away from home