IVAN TONEY grabbed a hat-trick and the ‘Miracle Man’ made his full return on a perfect afternoon for struggling Brentford.

Pre-match talk was all Christian Eriksen after it was confirmed he would be making his first professional start since June 12 at Carrow Road. 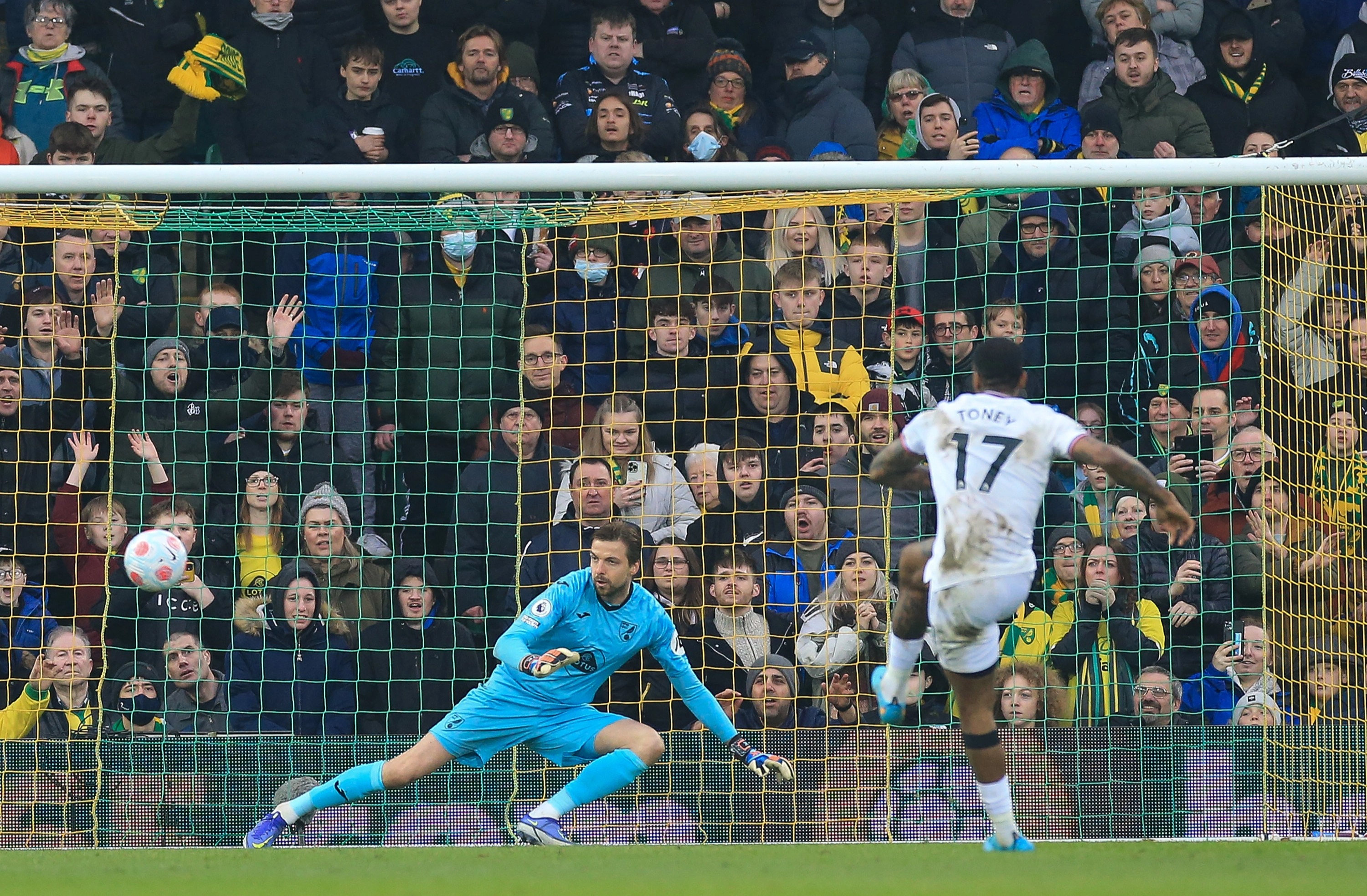 The Brentford striker secured his second and third goals from the penalty spotCredit: Getty

That horrific day at Denmark’s Parken Stadium where he survived a near-fatal cardiac arrest thankfully feels like a lifetime ago after seeing Eriksen back ripping it up where he belongs.

The 30-year-old made his first appearance for the club in a 38-minute cameo off the bench against Newcastle last week. Any worries he has some rust to shake off are now long gone.

In a match tipped to be a nervy, scrappy relegation battle, Eriksen turned back the clock, gliding across the turf leaving Norwich’s midfield chasing shadows for 99 minutes.

He even got into a scuffle with Brandon Williams on the deck before the Norwich full-back realised whose neck he was trying to grab.

Eriksen’s influence was all over this vital victory for the Bees – their first in nine Premier League outings – and Toney collected the rewards with a maiden top flight hat-trick.

After a 32nd minute opener – courtesy of an Eriksen corner – Toney then completed his trio with two second half penalties five minutes apart thanks to two VAR interventions.

Thomas Frank’s men never got out of second gear even with Teemu Pukki’s consolation strike in injury time.

And while Brentford are now five clear of the drop – albeit having played more games – this is a damaging defeat for Dean Smith’s Canaries with clear daylight between themselves and safety.

Frank brought in Eriksen for Matthias Jensen while Josh Dasilva missed out after his red card against the Toon. Smith replaced Angus Gunn with the returning Tim Krul in goal.

There was an openness unbefitting of an early-March relegation fight as Sergi canos forced Krul into a decent stop, but it was from an Eriksen corner where Brentford took the lead.

Kristoffer Ajer flicked on at the near post as Toney evaded Williams for a side-footed tap-in at the far post – his first goal since January 22. 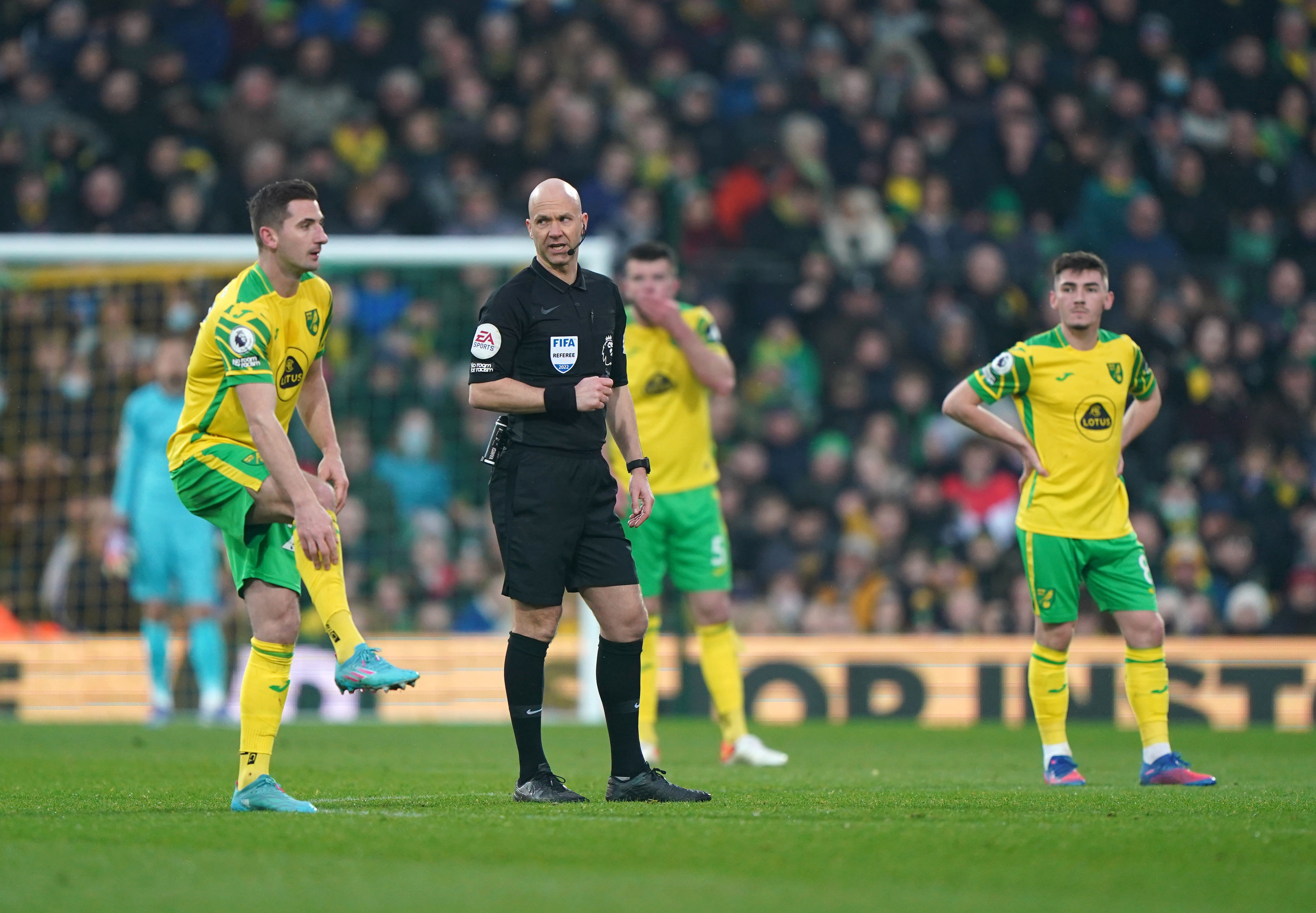 Norwich’s cries for a penalty were dismissed by VARCredit: PA

The start of the second half was a tale of three penalty shouts, the first to Norwich as Williams’ cries were dismissed by VAR after being bumped over by Bryan Mbeumo.

Another corner from the visitors at the other end then saw Gibson blindly raise a high boot to the face of Pontus Jansson on 52 minutes. Referee Anthony Taylor was sent to the monitor before pointing to the spot.

Toney sent Krul the wrong way, and fired a second penalty into the same corner in the 57th minute after being caught in the box on the counter by clumsy Gibson.

Rashica thought he had given the hosts some hope in the 67th minute but for more VAR – and Pukki’s close-range volley in the 92nd minute did little to rally a disheartened crowd. 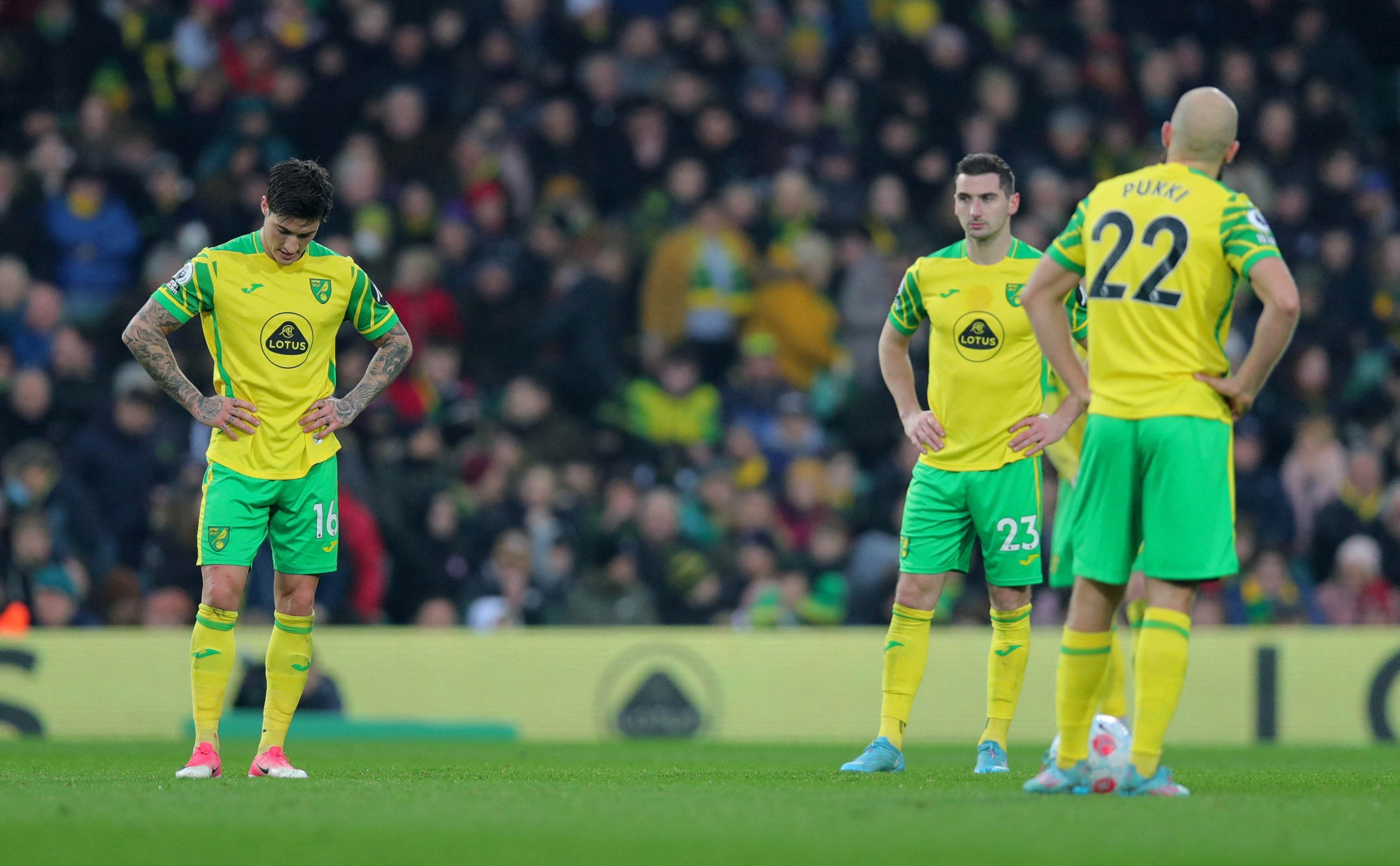