BRENTFORD survived monsoon conditions to come from behind and beat Middlesbrough 4-1 to stretch their unbeaten run to 20 Championship matches.

Ivan Toney took his tally to 22 for the season and Vitaly Janelt and Mathias Janelt also got on the scoresheet – but it was David Raya who earned the plaudits from his boss. 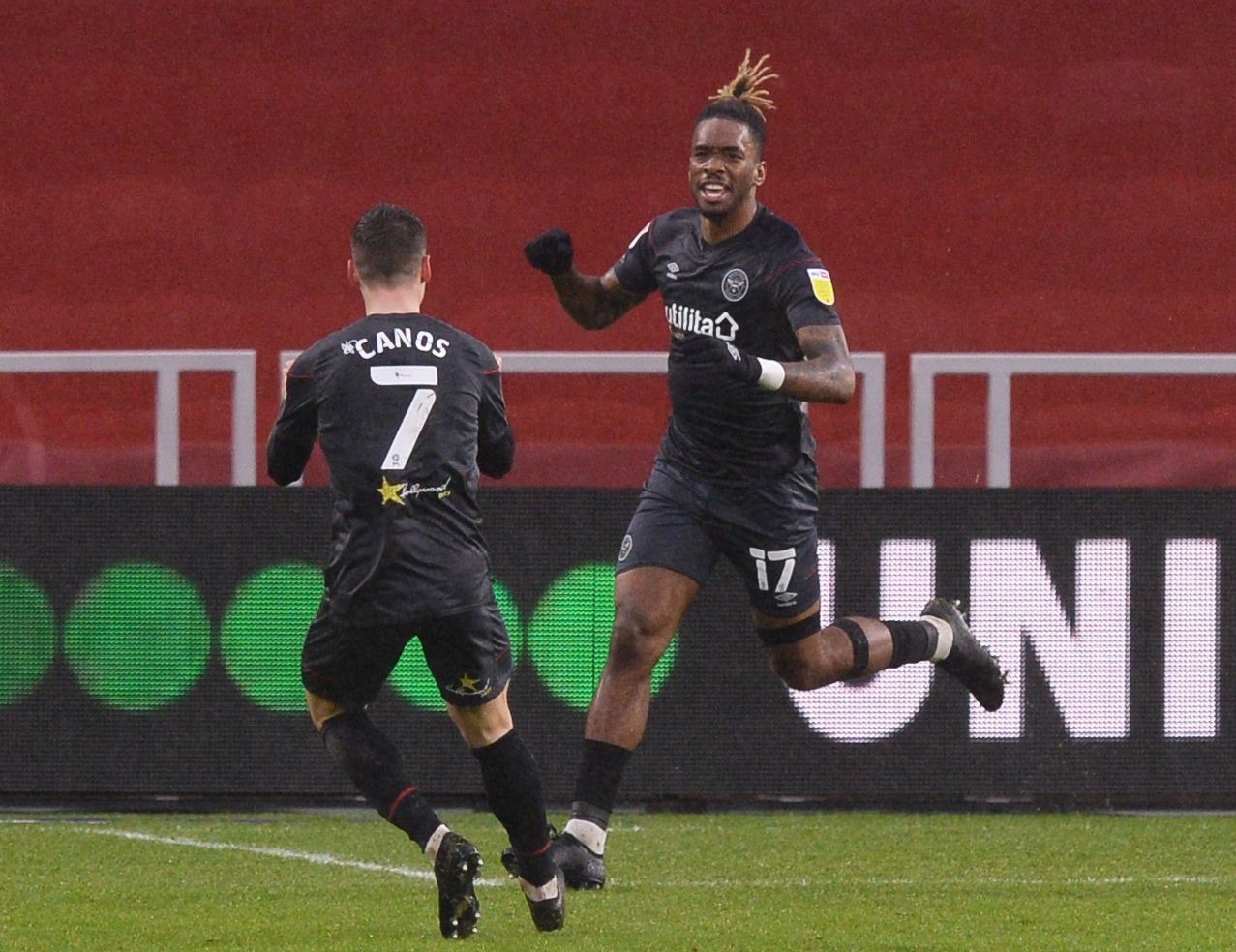 Ivan Toney took his tally to 22 goals for the season in Brentford’s victory at MiddlesbroughCredit: Rex Features 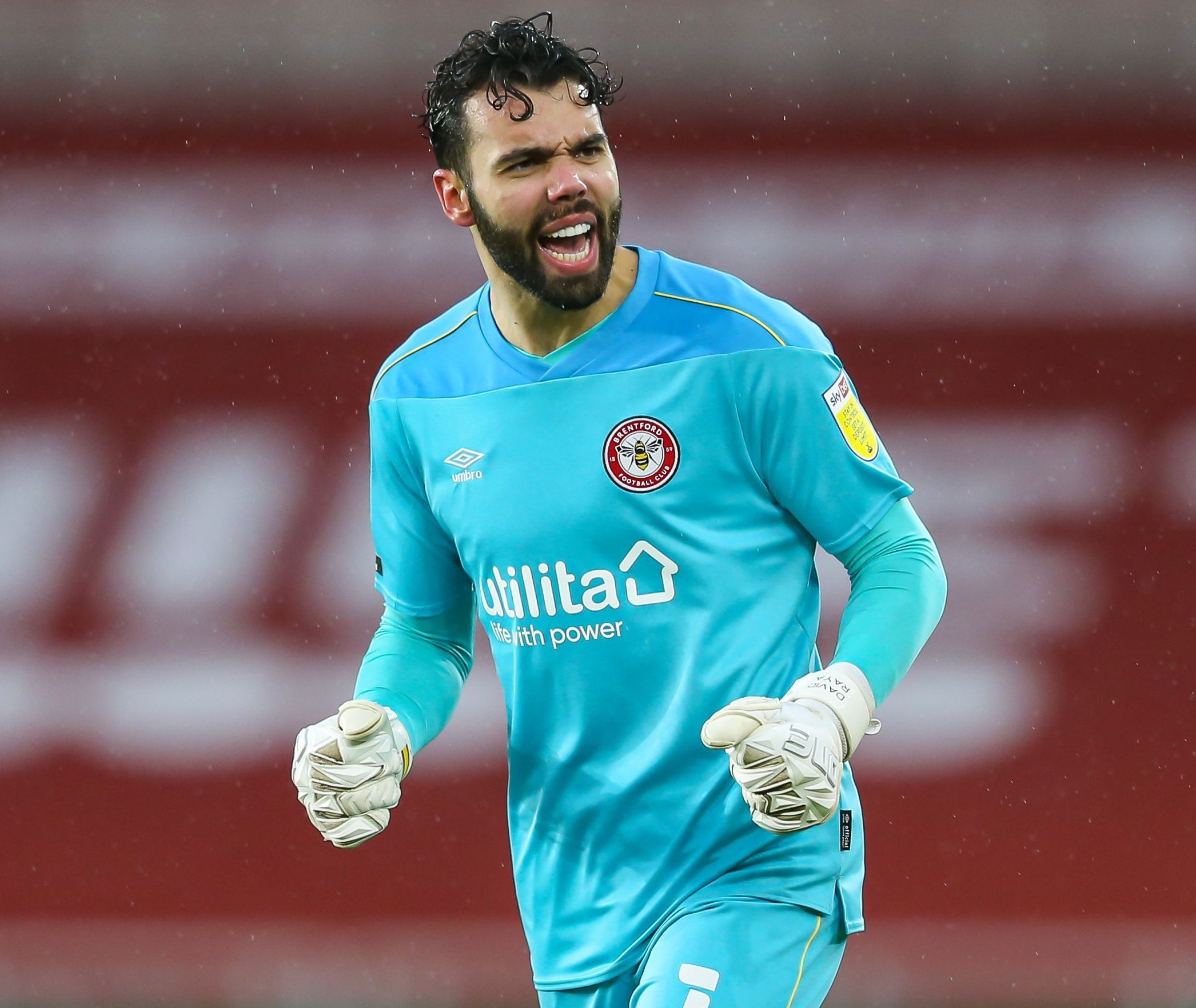 Goalkeeper David Reya claimed man of the match after bouncing back from his early errorCredit: Rex Features

The goalkeeper scored an early own goal but went on to produce a string of saves to help the Bees into second and just a point off leaders Norwich.

Thomas Frank said: “David needs to do better on the first goal but look at his mentality after that, it shows a lot about him.

“There’s no team that goes through a season without needing a top goalkeeper and ours is one of, maybe even the best, in the division.

“He had a key save from Assombalonga in the first half – what a save.

“Then you had a double save at the beginning of the second half and a big one from Saville.

“In the last 19 games when we have been unbeaten we haven’t needed David to step up, but it’s fantastic that he did that today.”

Raya’s howler occurred in the third minute when he completely missed a cross as the ball bounced off team-mate Ethan Pinnock and then onto his back before ending up over the line.

Saman Ghoddos dragged a right-footed effort wide and thundered a free-kick straight at Marcus Bettinelli but Brentford’s pressure was building and they levelled in controversial fashion.

Yannick Bolasie went down claiming a foul in the Bees half, but the ref waved play on, and within ten seconds the visitors were level.

Toney chested down a throughball for Tariqe Fosu to get the wrong side of Paddy McNair and he unselfishly rolled it sidewards as Bettinelli raced out for the onrushing top scorer to slot home.

Raya then produced a brilliant double stop to keep it level at the break when pushing Assombalonga’s drive onto the post then Saville on the rebound.

He was at it again after the restart, stopping Assombalonga from point-blank and Janelt from scoring another OG.

Brentford then took the lead just before the hour as Janelt met Toney’s knockdown to volley home from 18 yards.

And it was game over when McNair produced a Steven Gerrard-esque slip on half way that allowed Mathias Jensen to race through and round the keeper for the third.

Raya denied Saville again before Toney put the icing on the cake as he headed home from close-range after Boro failed to clear following Rico Henry’s thunderous drive cannoning back off the bar.

Jensen’s piledriver hit the outside of the post late on but it was Boro manager Neil Warnock left the most frustrated over missed chances as his team slipped five points outside the top six.

He said: “I don’t think I’ve seen a more obvious foul than that first goal and if we’d gone in ahead at the break we’d have won.

“Their keeper must be man of the match and I don’t think I’ve ever been as satisfied with a 4-1 defeat, it sounds silly I know.”