THOUSANDS of Rangers fans have broken lockdown rules by gathering outside of Ibrox ahead of today’s clash with St Mirren.

The Gers supporters have turned up in their numbers to welcome the team ahead of the impending title party, setting off various sets of pyro. 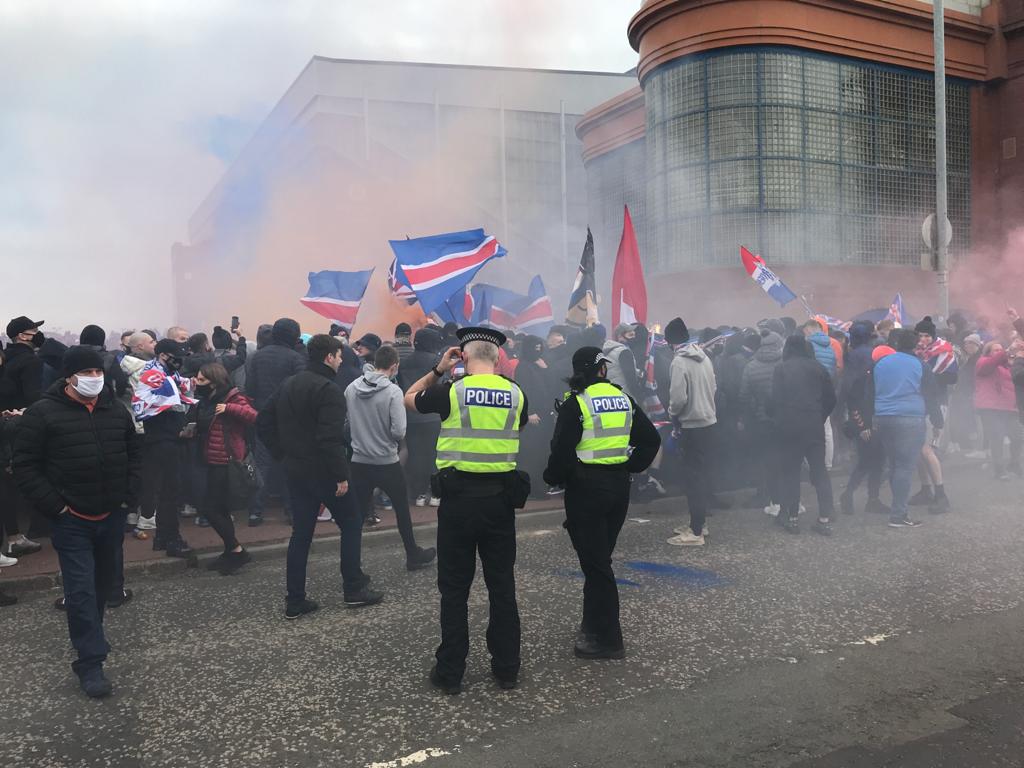 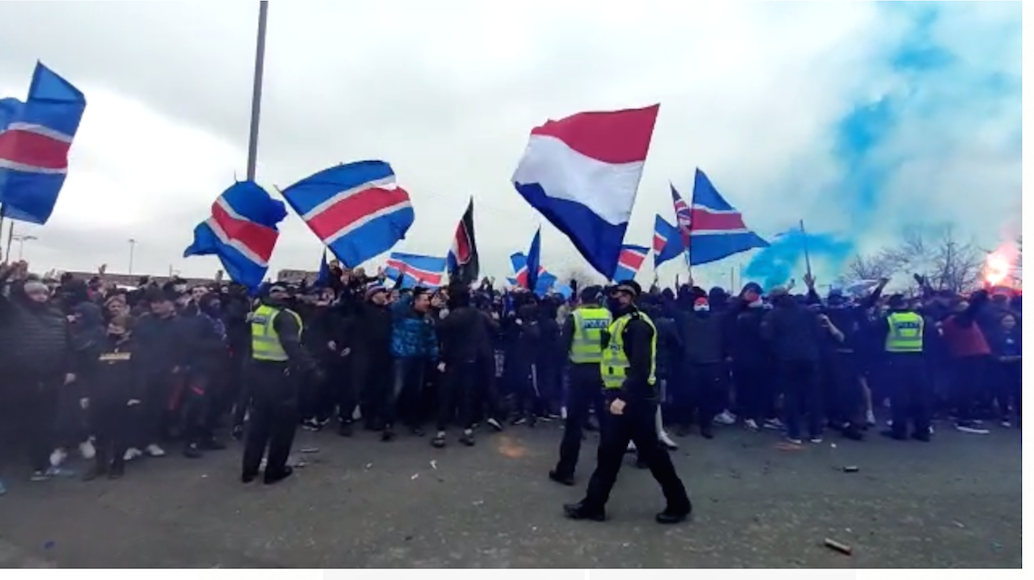 The fans get into party modeCredit: Tom Farmer

Steven Gerrard’s side are just one win away from securing the historic achievement.

Should they beat the Buddies this afternoon, and Celtic drop points away to Dundee United tomorrow, the Premiership crown will be theirs.

If the Hoops do manage to win at Tannadice, then it would set up a potential Celtic Park title showdown.

And with the Light Blues tantalisingly close, fans have gathered in their thousands to kick start the celebrations.

Footage shows the fans marching past the main entrance of Ibrox singing about wining title number 55.

They are also waving flares and letting off red, white and blue smoke bombs in a pyro bonanza.

The video clips show the supporters standing outside the stadium on Broomloan Road and Edmiston Drive, as they get into party mood. 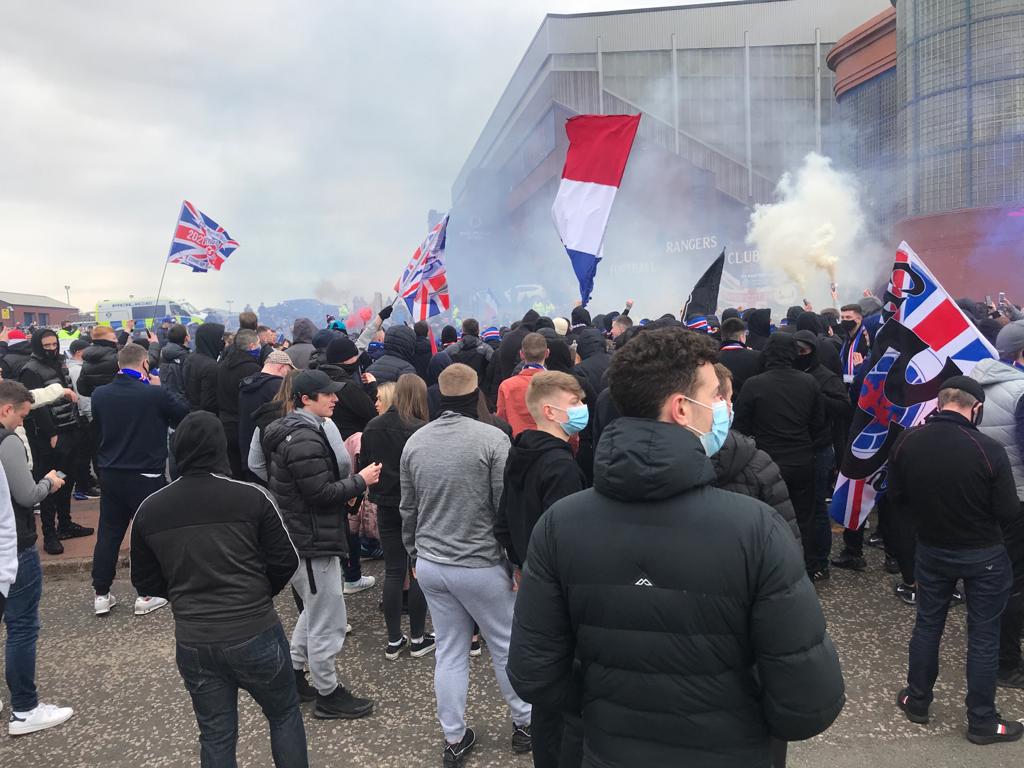 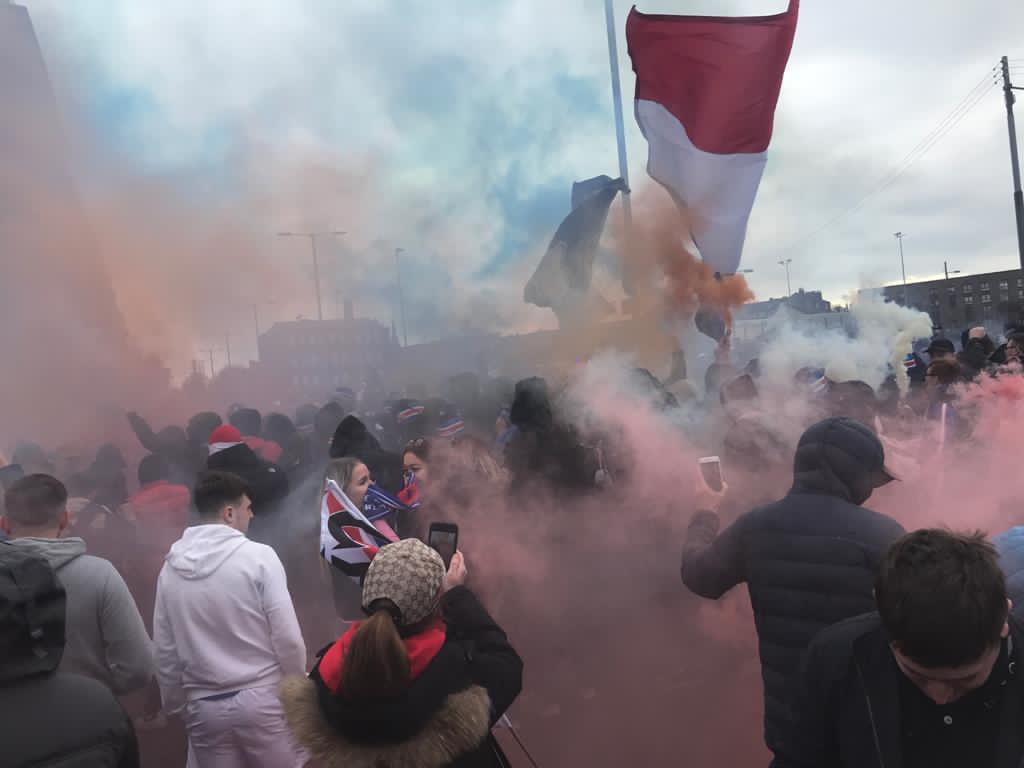 Pyro being set off among the crowdCredit: Tom Farmer

Rangers fans have waited ten years to see their side climb back to the top of Scottish football.

After their demotion to the lower leagues in 2012, it’s been a long road back for the Ibrox side.

However, this season they have been sensational under Gerrard and have romped to their first league crown since 2011 under Walter Smith.

The public have been urged not to leave their homes since the turn of the year, with Nicola Sturgeon hoping to ease lockdown towards the end of April.

There is a hefty police presence on the scene. SunSport has contacted Police Scotland for comment.