Former team-mate Holger Betz recalls the new Chelsea boss as a commanding centre-half who was not afraid to have a go at anyone who failed to match his standards in training or a game. 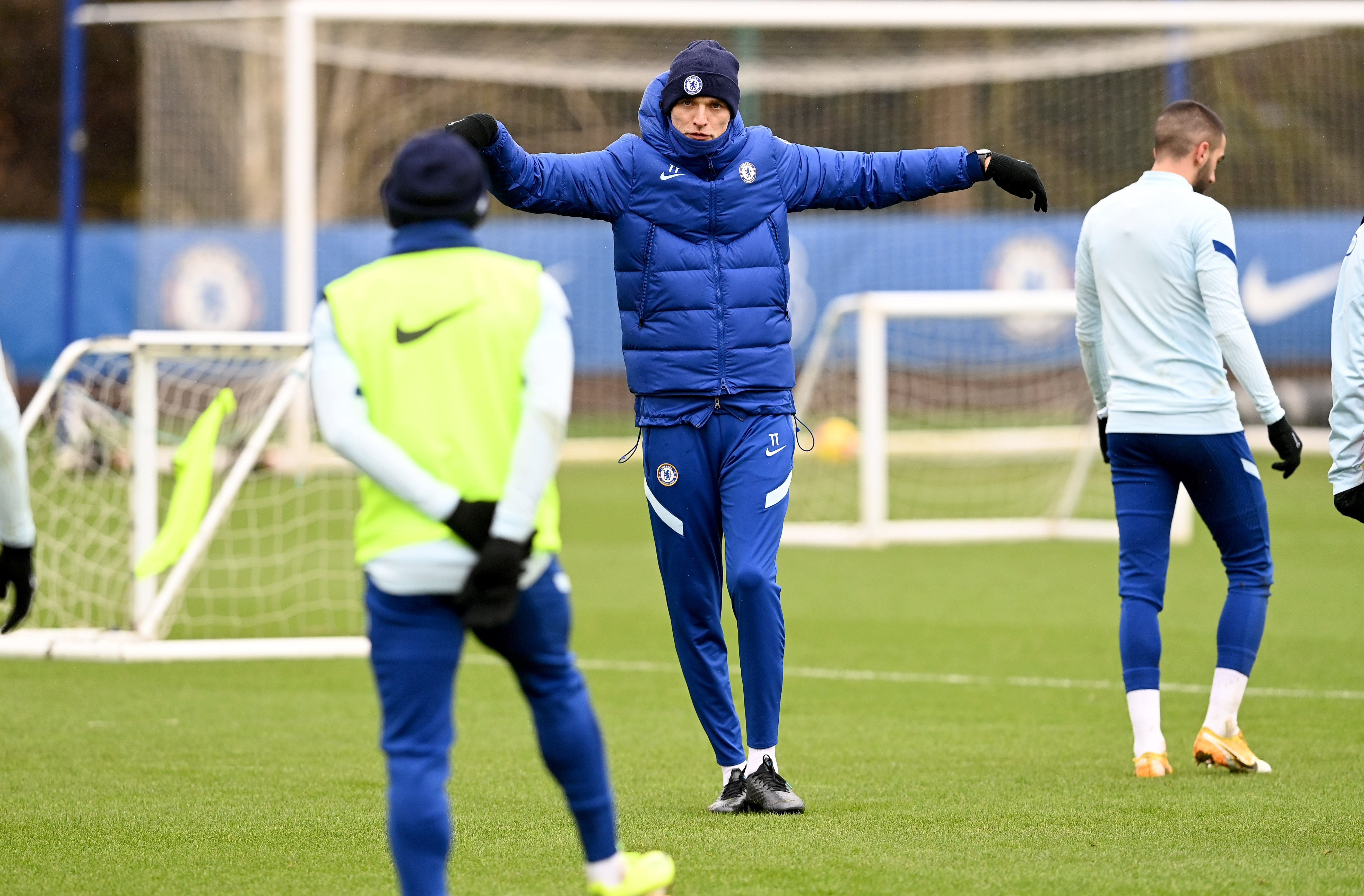 Thomas Tuchel is not afraid to have a go at players if he feels they are not pulling their weightCredit: Getty Images – Getty

Betz was an up-and-coming goalkeeper at SSV Ulm in the late 1990s when Tuchel was part of the squad trying to secure promotion from Germany’s third tier to the Bundesliga.

Betz, an Ulm club legend who is now their goalkeeping coach, said: “Thomas was very tall, good at heading and technically very good.

“When he was on the field, he was a crazy man for football. He was like Wayne Rooney in being so demanding of other players.

“He was a leader, he was always talking on the pitch, shouting, organising the team.

“He was a very hard character. He always had problems with other players but I think that’s normal in this business — and he did not have personal problems with the players in the dressing room after games or training.”

Within a year of Betz joining Ulm’s first team, a knee injury forced Tuchel to quit playing at the age of just 24.

In that 1997-98 season, the club finally achieved promotion and Ulm would make it all the way to the top flight.

Tuchel later admitted: “I envied my Ulm team-mates for getting promoted soon after, I couldn’t take it.”

But former Ulm head coach Ralf Rangnick helped Tuchel redirect his frustration and his passion for the game into coaching. And more than a decade later, he and Betz crossed paths again.

Betz said: “I was playing for Ulm in the fourth tier.

“By then Thomas was head coach of Mainz but he had come to watch Mainz’s second team play against us. 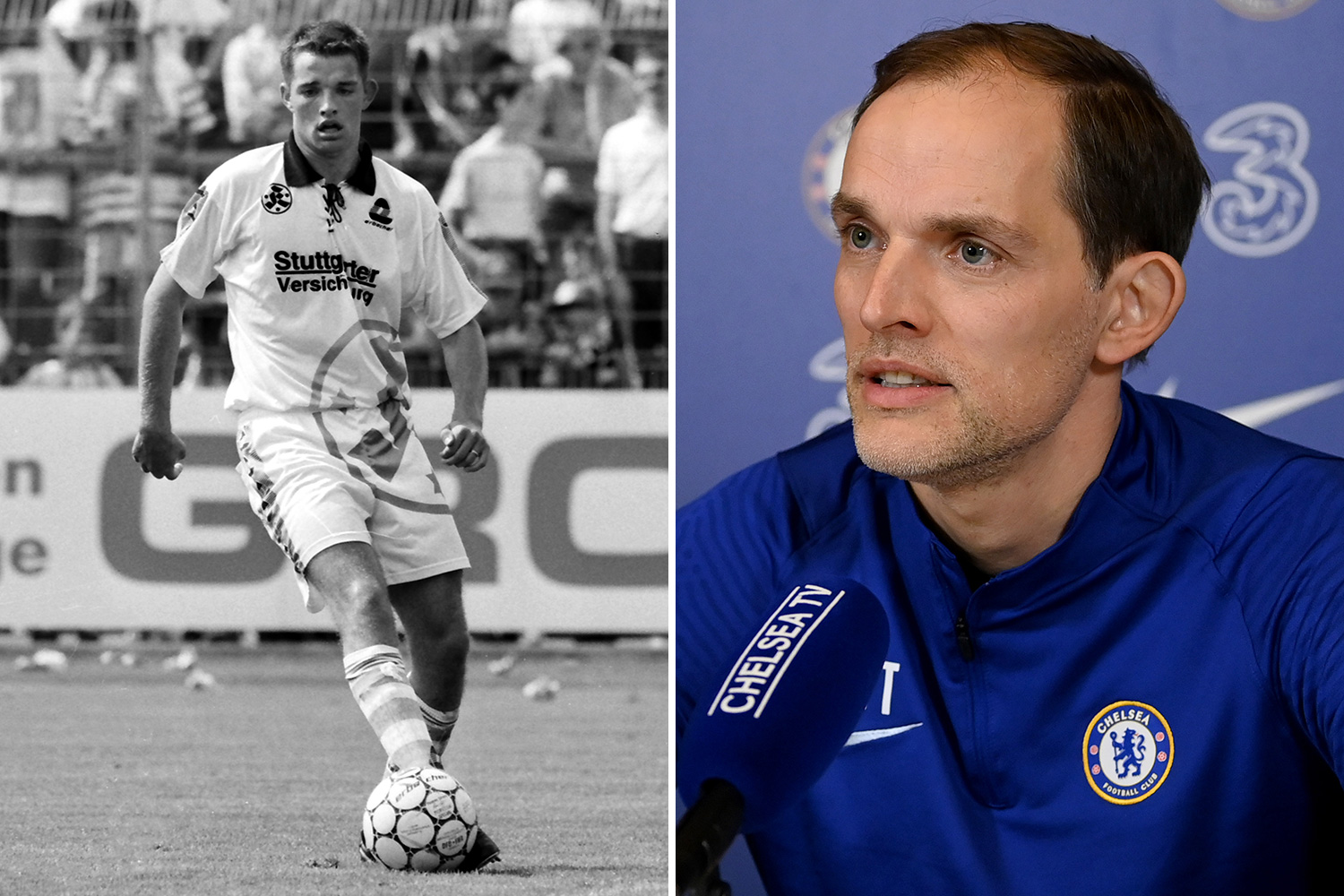 Tuchel as a footballer and now as Chelsea’s new manager

By that time, Tuchel was making a name for himself as he surpassed even Jurgen Klopp’s achievements at Mainz.

Ex-Montenegro midfielder Milorad Pekovic played under Klopp at Mainz and then had a season with Tuchel after he was promoted directly from the club’s youth set-up.

Pekovic said: “That happens very rarely. From the first day, it was obvious he was professional, completely dedicated and studious — that he simply knew a lot about football.

“He gained authority with his knowledge from the start. That is the case even now with big players and in big clubs, because he has football in his little finger.”

Pekovic, now head coach of FK Podgorica, spent time observing Klopp at Liverpool and Tuchel at Borussia Dortmund and is well placed to compare them.

And he said: “Klopp is unique. His character and his charisma make him special, and that is something that is not learnt. He is an exceptional motivator. He created a family atmosphere in our team, a strong group.

“He has a way about him that every player feels equally important, no matter if he is a main player in the team or 20th in the team hierarchy.

“Tuchel is not such an open and approachable person. His attitude is professional, he isn’t intimate with the players.”

Their philosophies, although both place an emphasis on pressing, are also different.

Pekovic said: “Klopp gives players more freedom in the game than Tuchel. With Tuchel, football is like a game of chess. He has a plan and asks the players to stick to it, he does not rely on improvisation.

“Players who accept such demands learn a lot about football as a game, about tactics, and I am convinced that they can progress.”

Pekovic believes that if the Chelsea players are ready to listen and learn, Tuchel can do for the Blues what Klopp has done for the Reds.

The 43-year-old said: “Tuchel is great at stabilising the team and then strengthening it.

“He did that from Mainz onwards, wherever he worked. He can do the same at Chelsea.

“He’s very ambitious, the Premier League is a great challenge for him.

“Klopp has set high standards. Tuchel has both the motivation and the knowledge to do the same things at Chelsea.”