ROMELU LUKAKU’S return to Chelsea is good news for Timo Werner — or so Thomas Tuchel says.

The Blues boss reckons the club-record £97.5million signing of Lukaku will take the pressure off Werner after he struggled last season to justify his own £48m fee.

Timo Werner is backed by Thomas Tuchel to pick himself up after a frustrating first term, helped by Romelu Lukaku’s arrivalCredit: EPA 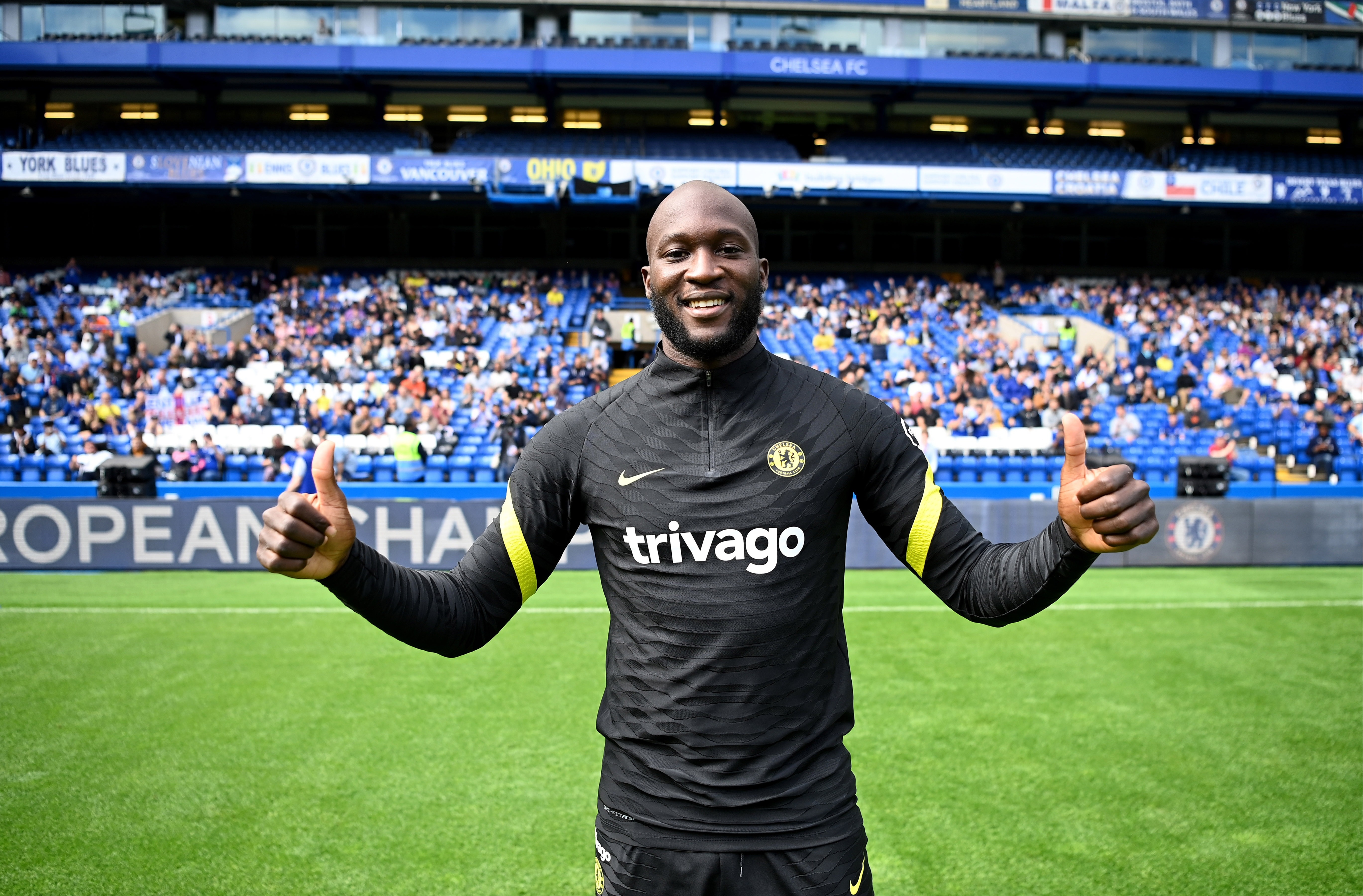 Werner got just 12 goals in 52 matches last season, with only six of those strikes coming in a Premier League campaign which was more memorable for his misses.

His manager and fellow German is more forgiving of Werner’s struggles than the Chelsea fan who publicly and embarrassingly called for the forward to leave the club when given the microphone during an open training session last week.

Tuchel said: “I truly believe that this can be a big upgrade for him.

“Having the attention on Romelu, who likes to be in the centre of the pitch and to fight physically with defenders, can create space for Timo.

“First of all the position, he can play a bit wider than he used to play for us last season.

“And to play around Romelu, who is like the reference as a No 9 and in the attack, he hopefully gives Timo the freedom and the space to play around him and to feel more freedom and feel that it’s easier to find more dangerous spaces and start scoring again.”

While the long-term future at Stamford Bridge looks uncertain for 25-year-old Werner, Lukaku — set to lead the line against London rivals Arsenal today — is ready to put down roots ten years after first joining the club.

The prolific Belgian, 28, has scored bags of goals for West Brom, Everton, Manchester United and Inter Milan but Chelsea is where his heart seems to be.

As a youngster at Anderlecht, Lukaku was famously captured on film saying that playing at Stamford Bridge one day would move him to tears.

That was the thing that I worked for.  I’ve moved to a lot of teams — was at Everton on loan a couple of times over four seasons.

“But now I’ve come back here for this one. And I think this is the right time and the right place for me to do that and stay.

“I am very fortunate to sign a five-year deal at this club and now I just want to let my work do the talking on the pitch.

“And now I will try to achieve as much as possible throughout these years. It is still the same. It’s just the ambition.

“As a player, if you get there, you know there is a possibility to win multiple trophies and that is what I like about this club.”

With a reliable goalscorer, a Prem title challenge looks like a logical and achievable target.

Tuchel refuses to ditch his one game at a time mentality but is embracing the challenge of continuing the successful start to his Stamford Bridge reign.

The Blues’ boss said: “We have set the level of the bar very, very high and now it’s up to us to step up and show the same quality in each game.

“We are up for anything. We are not shy to hide from any title and any demands we have when we are in a competition.

“That includes the Premier League, like it does the FA Cup, the League Cup, and the Champions League.

“So how to reach it is about consistency on a daily basis. We can only push what is there and only show the potential of the players if they have this energy.

“We will not lose this focus by putting anybody’s expectations on our shoulders.

“We have huge expectations of ourselves and we need to live up to that because once we lower our level, we are able to lose every single game in the Prem.”

Tony Blair: ‘Withdrawal will have every jihadist group cheering’ | Afghanistan