CHELSEA manager Thomas Tuchel has heaped praise on his side for making Atletico Madrid ‘suffer’ during their 1-0 win on Tuesday night.

Olivier Giroud’s stunning overhead kick gave the Blues a precious lead to take back to Stamford Bridge for the second leg of their Champions League last 16 clash. 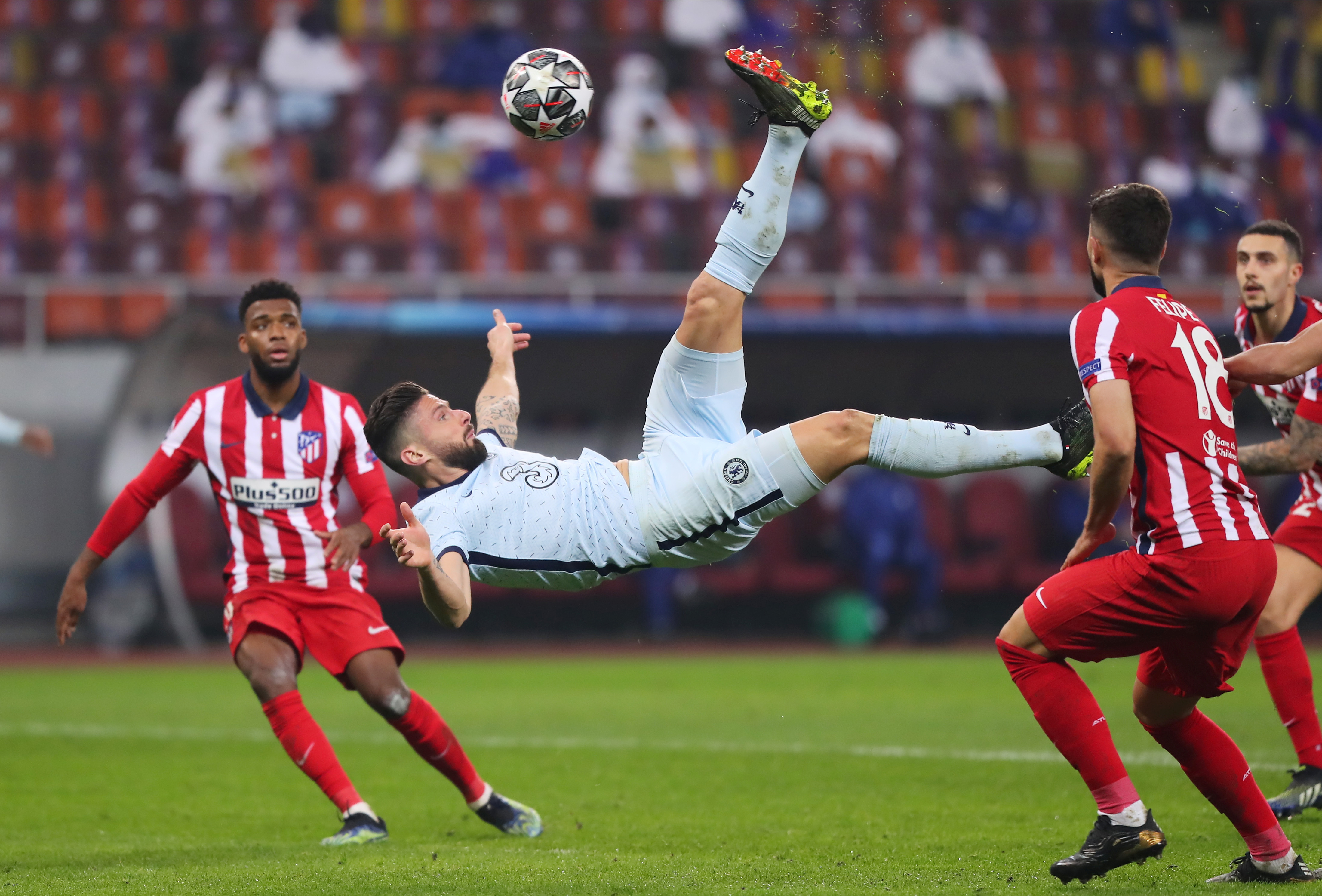 Giroud’s goal proved to be the difference between the two sides on Tuesday eveningCredit: Reuters

And Tuchel, who remains unbeaten in eight games since arriving at the club, was thrilled with the application of his players in Bucharest.

“We wanted to dominate in the opponents’ half, to never lose concentration, not to do any easy mistakes and always be aware of quick counter-attacks for all their quality.

“It was a very disciplined performance – a deserved shut-out. This is the hard work, a team effort – the basis for a big win.

“We knew it [Atletico packing their defence] could happen.

“We told the guys if it happens maybe it’s our quality and the respect. We wanted to be brave and play in their half.

“We knew they were ready to suffer with eight people in the box. The intention was to keep the intensity high.

“This is what we did very good. We never let them breathe or come out for counter-attacks. We have a big reward with this result.

“This is one of the toughest challenges to open a defence like Atletico.”

Chelsea have not reached the last eight of the Champions League since the 2013-14 season when they were beaten in the semi-finals by Atletico Madrid.

Tuchel has quickly had an impact on the Blues’ organisation since arriving at the club, proven by the fact that they have conceded just two goals in 720 minutes of action.

The Chelsea back line looked untroubled by Atletico Madrid’s forward line in midweek as they resorted the likes of Luis Suarez to very little.

The La Liga leaders failed to muster a shot on target as yet another Spanish side struggled in Europe’s premier competition.

Next up for Tuchel and his side is a home match against Manchester United in the Premier League on Sunday.