THIBAUT COURTOIS seems to be enjoying his summer break after bagging Man of the Match in last month’s Champions League final.

The Real Madrid goalkeeper has been spotted sharing a passionate kiss with fiancee Mishel Gerzig. 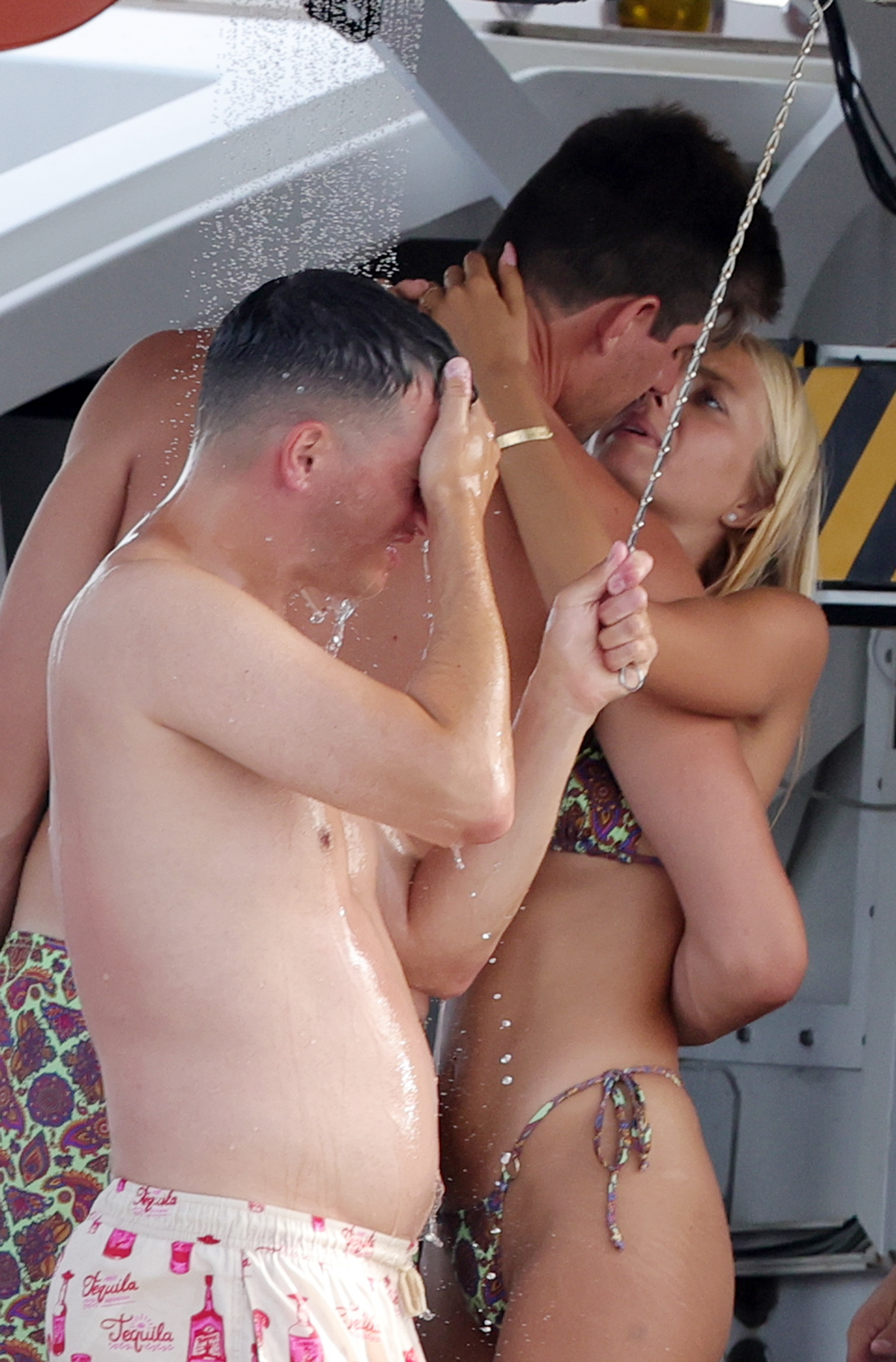 Courtois and Mishel were not afraid to show their affection in front of othersCredit: Splash 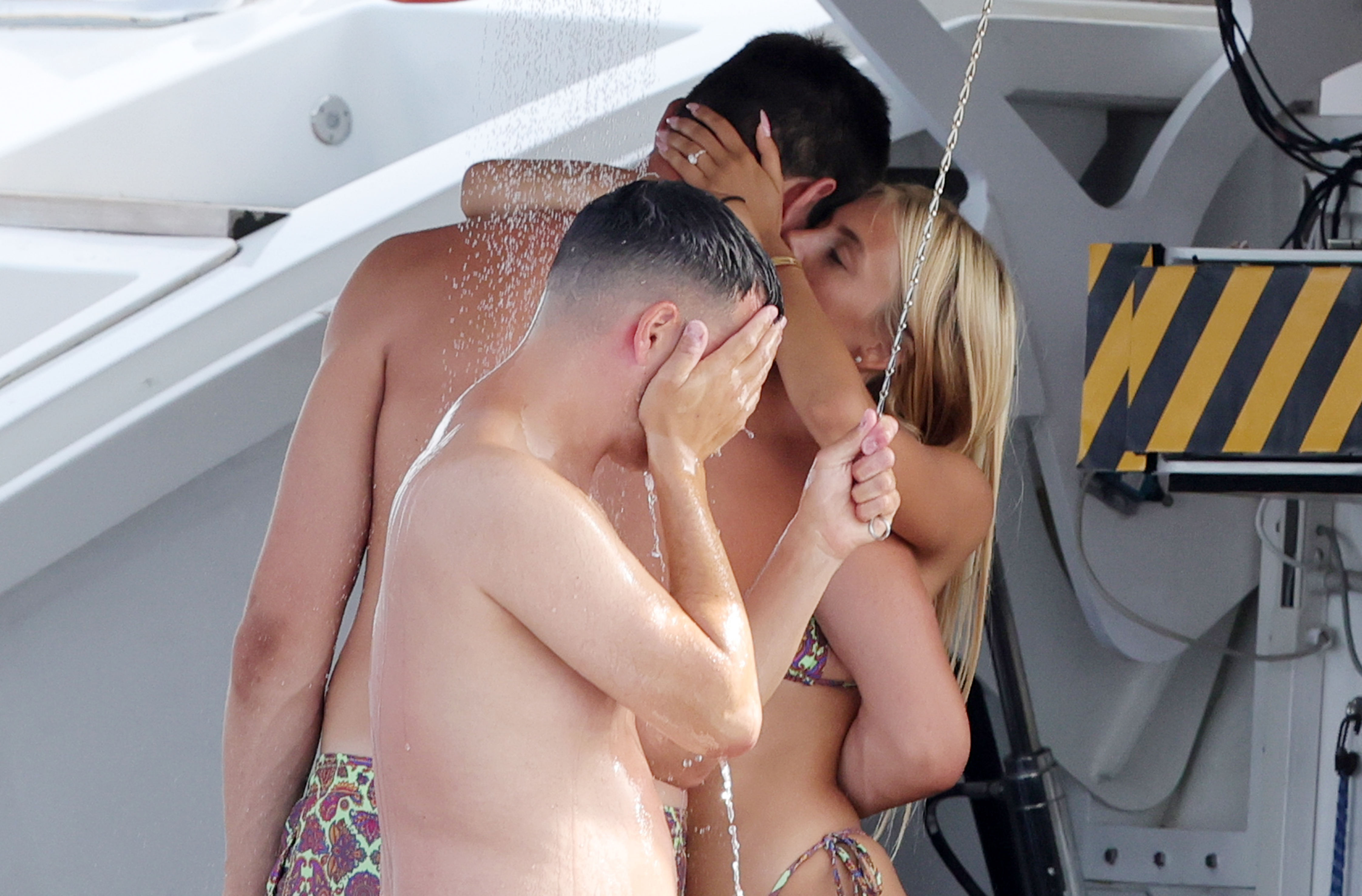 Mishel wrapped her arms around Courtois as the couple kissed on board a luxury yachtCredit: Splash

Courtois, 30, and Mishel, 25, piled on the PDA as they relaxed on board a luxury yacht in Ibiza.

The couple looked very loved-up as Mishel wrapped her arms around Courtois’ neck to share a steamy smooch with the former Chelsea ace.

The 6ft 5in Courtois leaned down to lock lips with wife-to-be Mishel while holding her back affectionately. 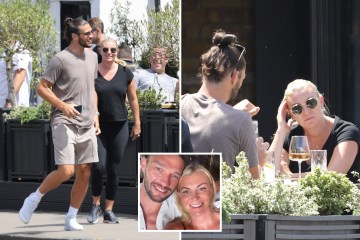 Courtois meanwhile donned a pair of swimming trunks before strapping on a life-jacket.

Mishel giggled as she used the outdoor shower on the luxury yacht in the waters near Ibiza. 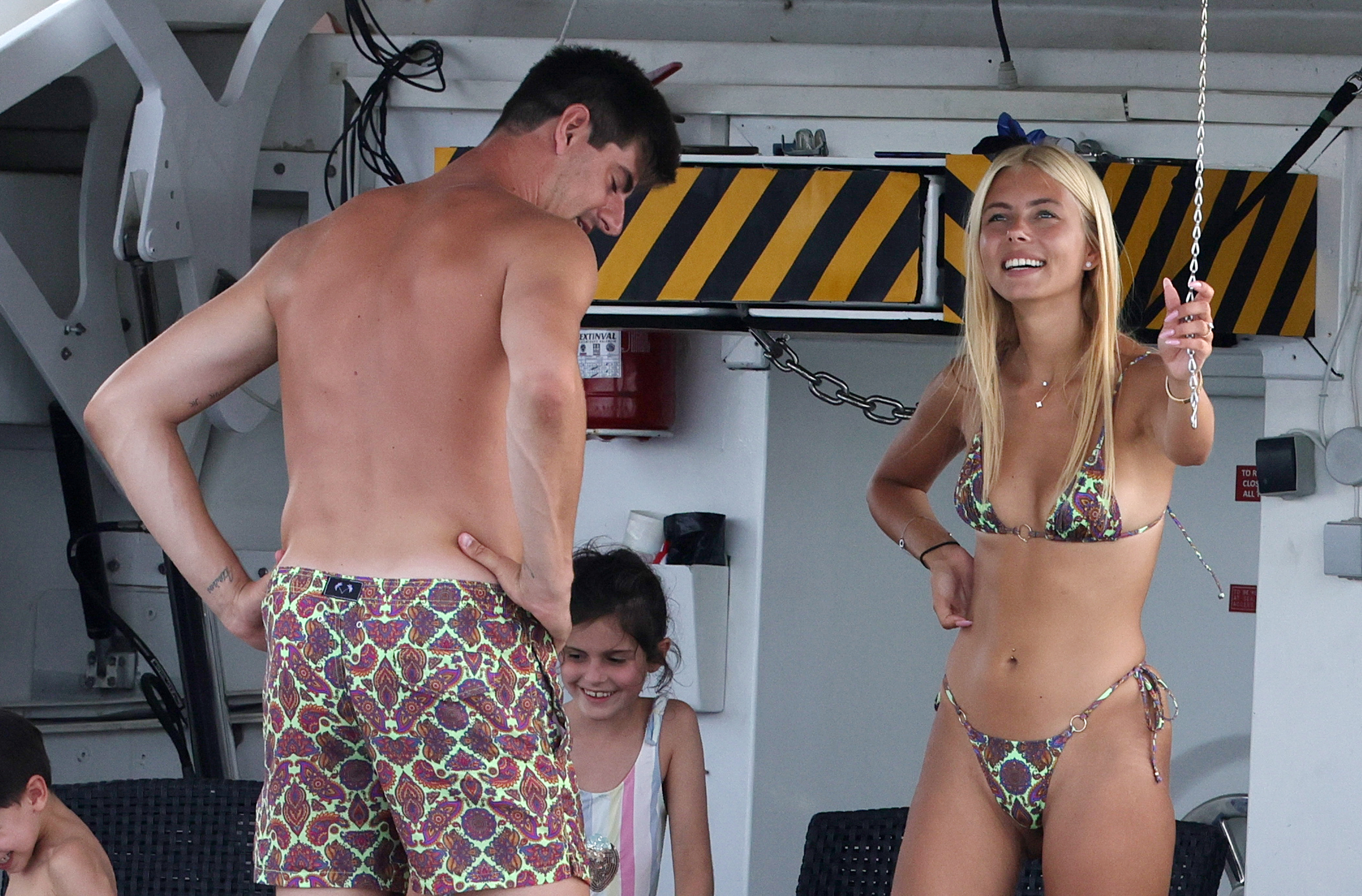 Mishel laughed as she used the outside shower on the boatCredit: Splash 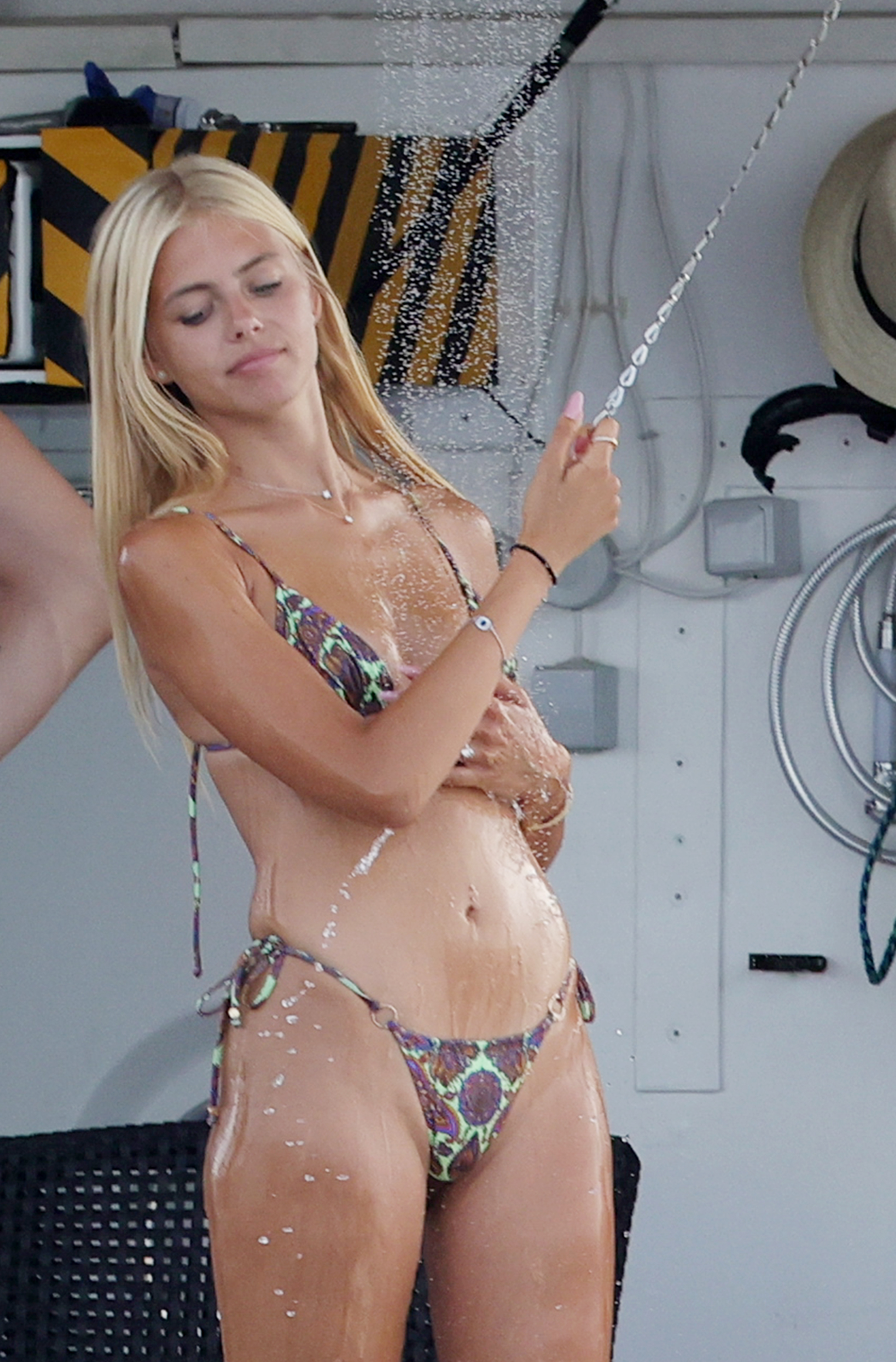 The Israeli model looked stunning in a string bikiniCredit: Splash 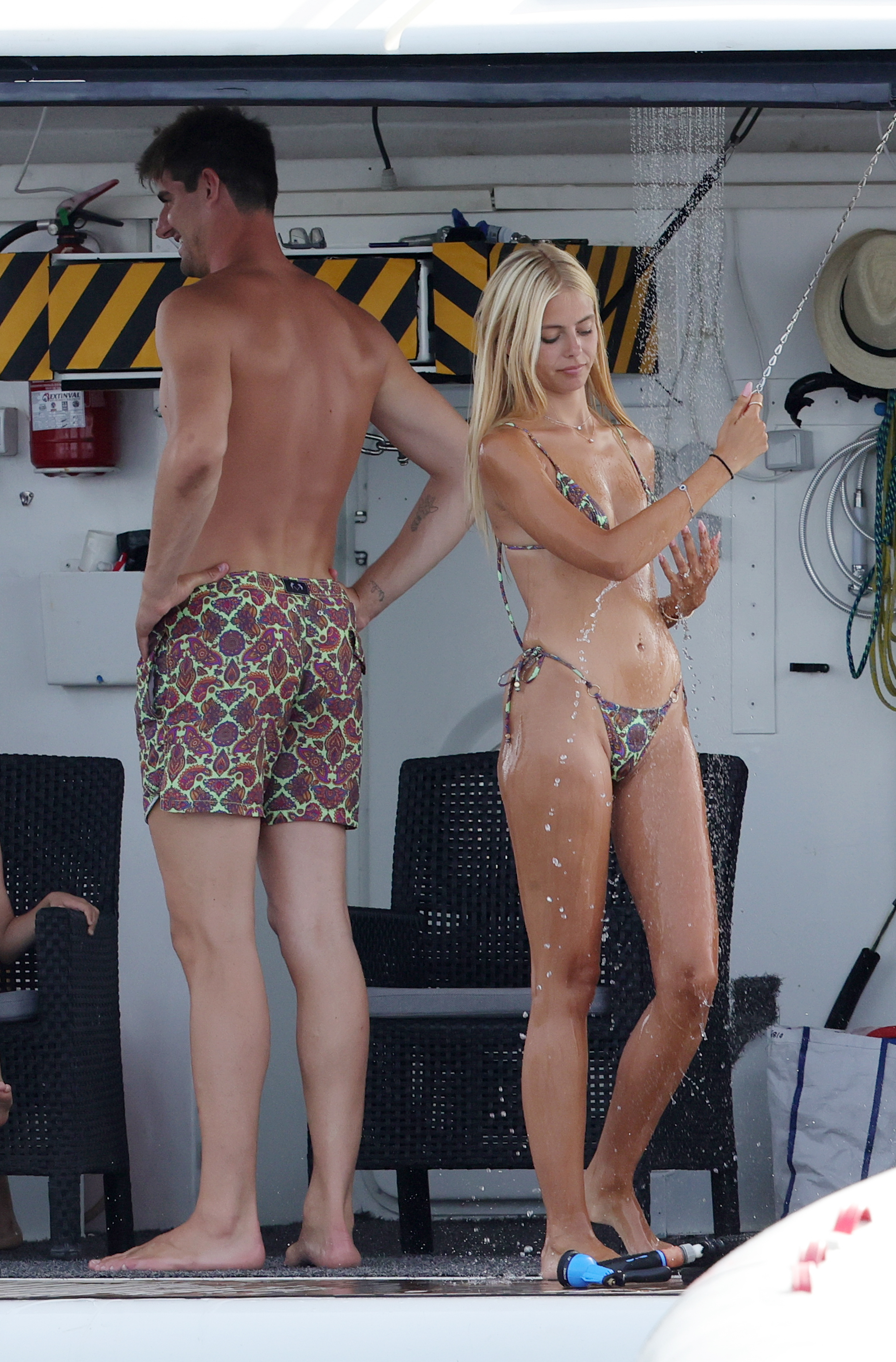 Courtois and Mishel showed off impressive tans after spending much of the last month on holidayCredit: Splash

The Belgium keeper proposed to the stunning Mishel earlier this month on board a yacht just days after winning the Champions League.

The pair announced their relationship last year after Courtois slid into Mishel’s DM’s on Instagram. 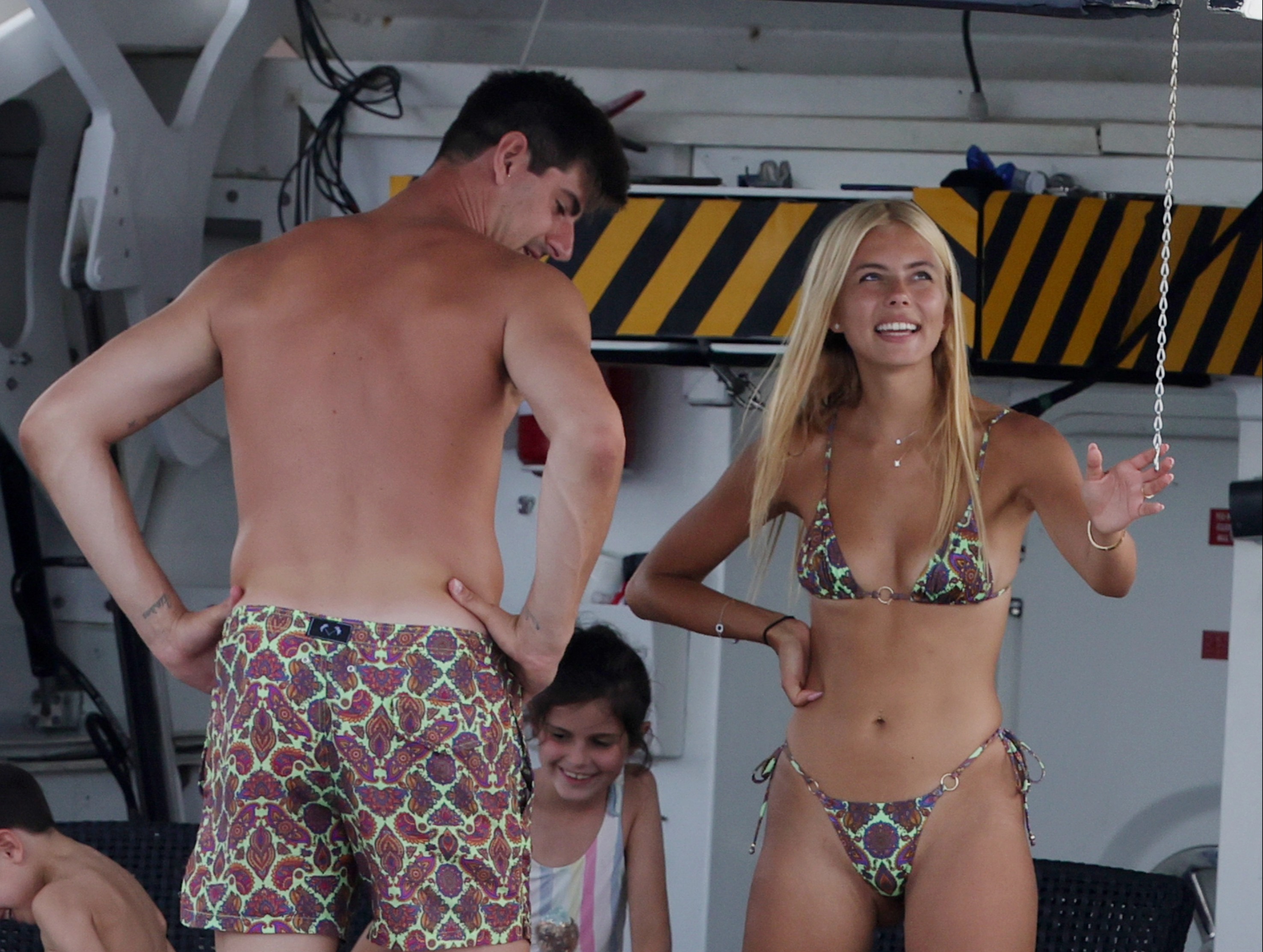 The newly engaged couple are holidaying in IbizaCredit: Splash 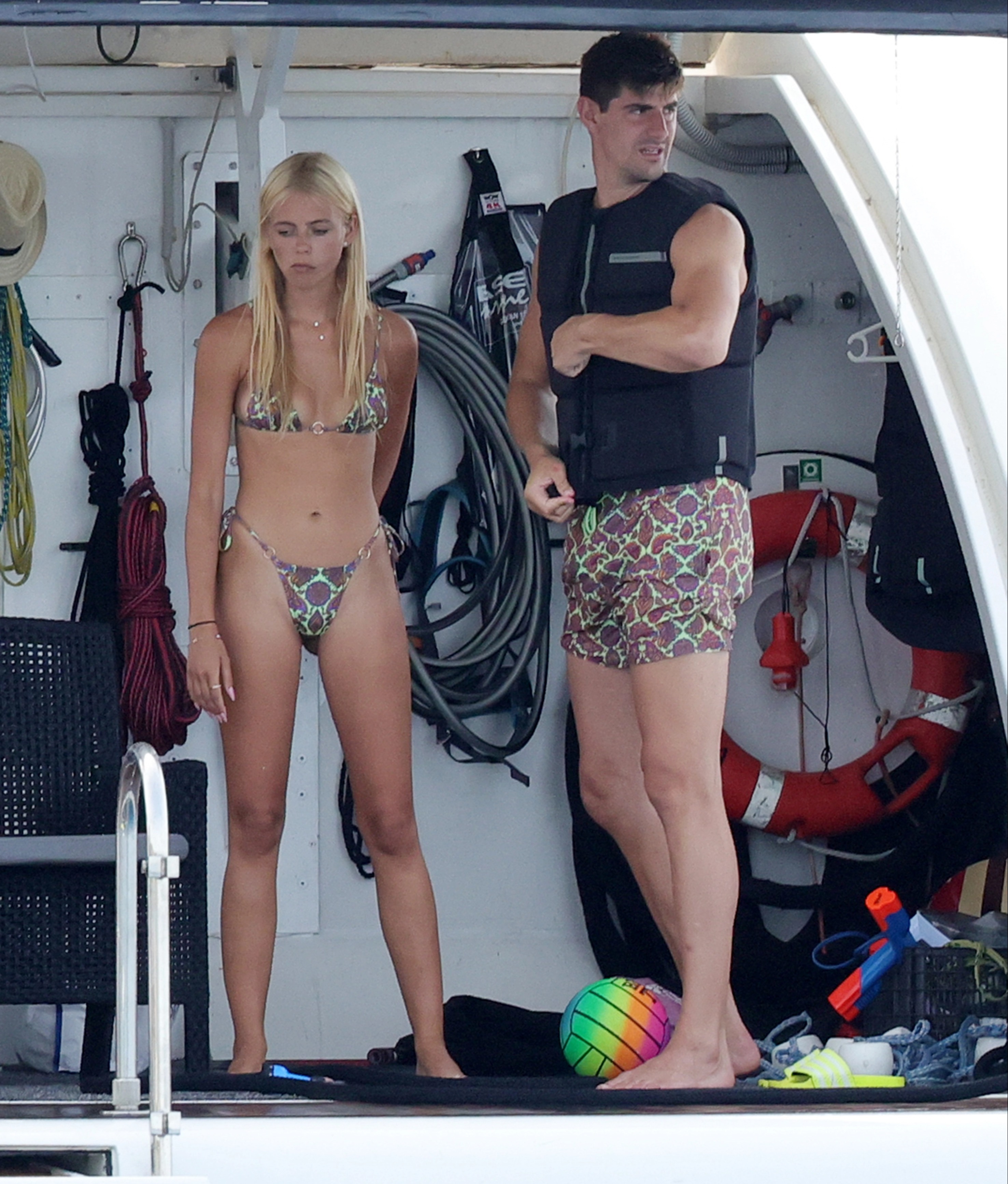 At one point the Real Madrid goalkeeper zipped up a life-jacketCredit: Splash 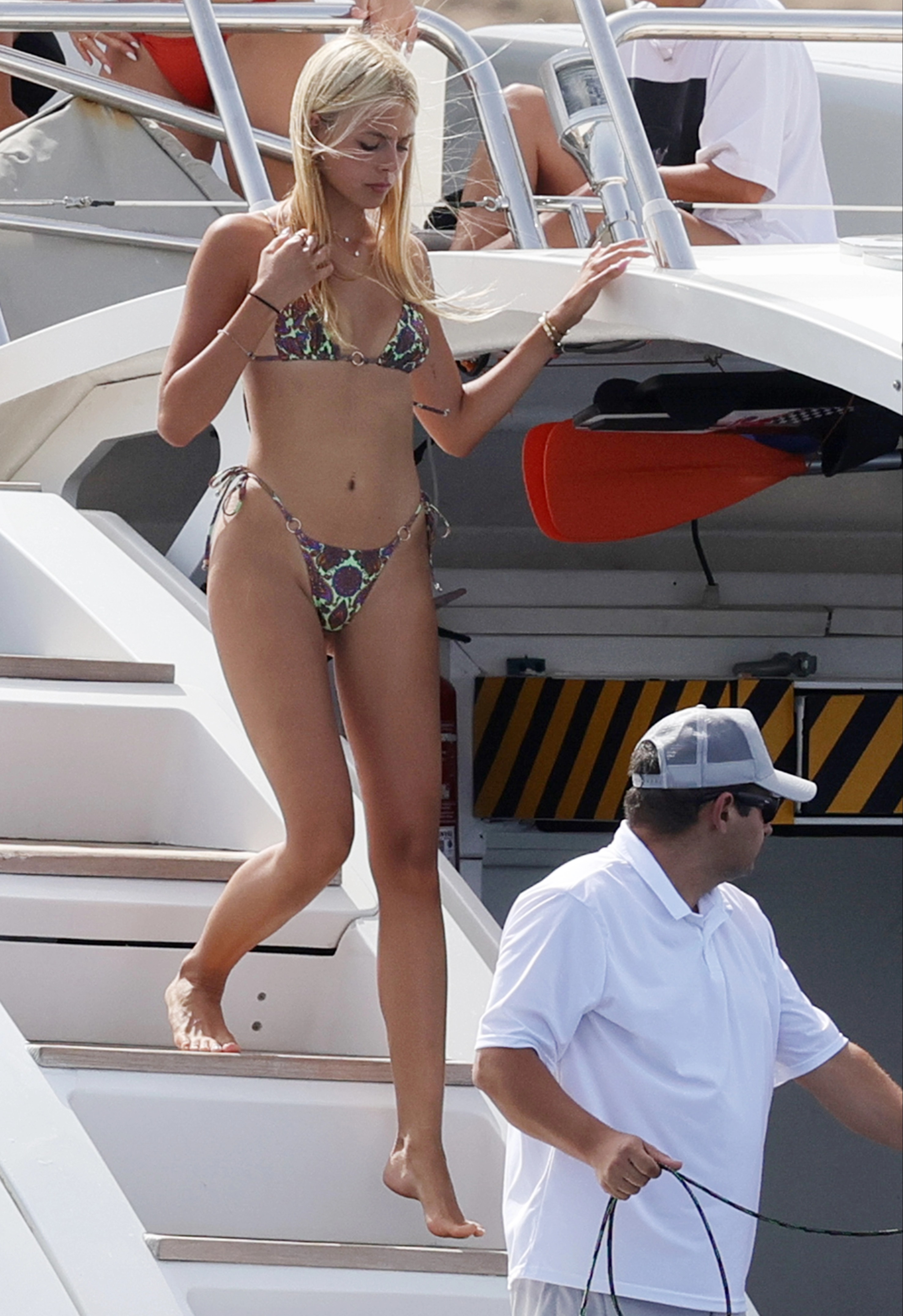 Mishel wowed as she walked down the steps on the yachtCredit: Splash

He has been enjoying a well-earned break after his heroics in Paris helped Real Madrid win the Champions League.

After Courtois’ ocean proposal at the start of the month, he and Mishel jetted to Israel where they were seen petting dolphins.

They also spent some time on the Greek island of Mykonos before heading to Ibiza. 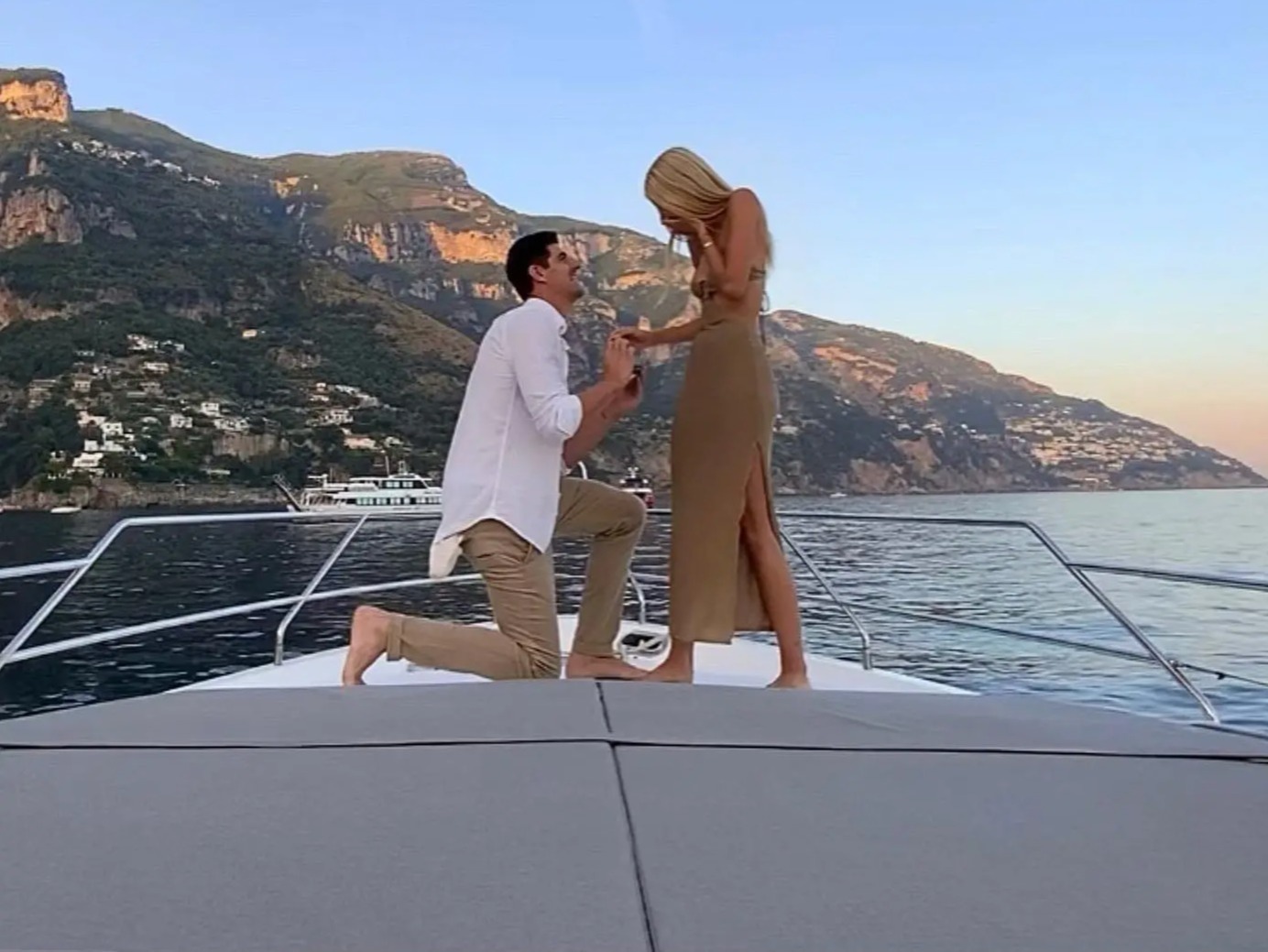 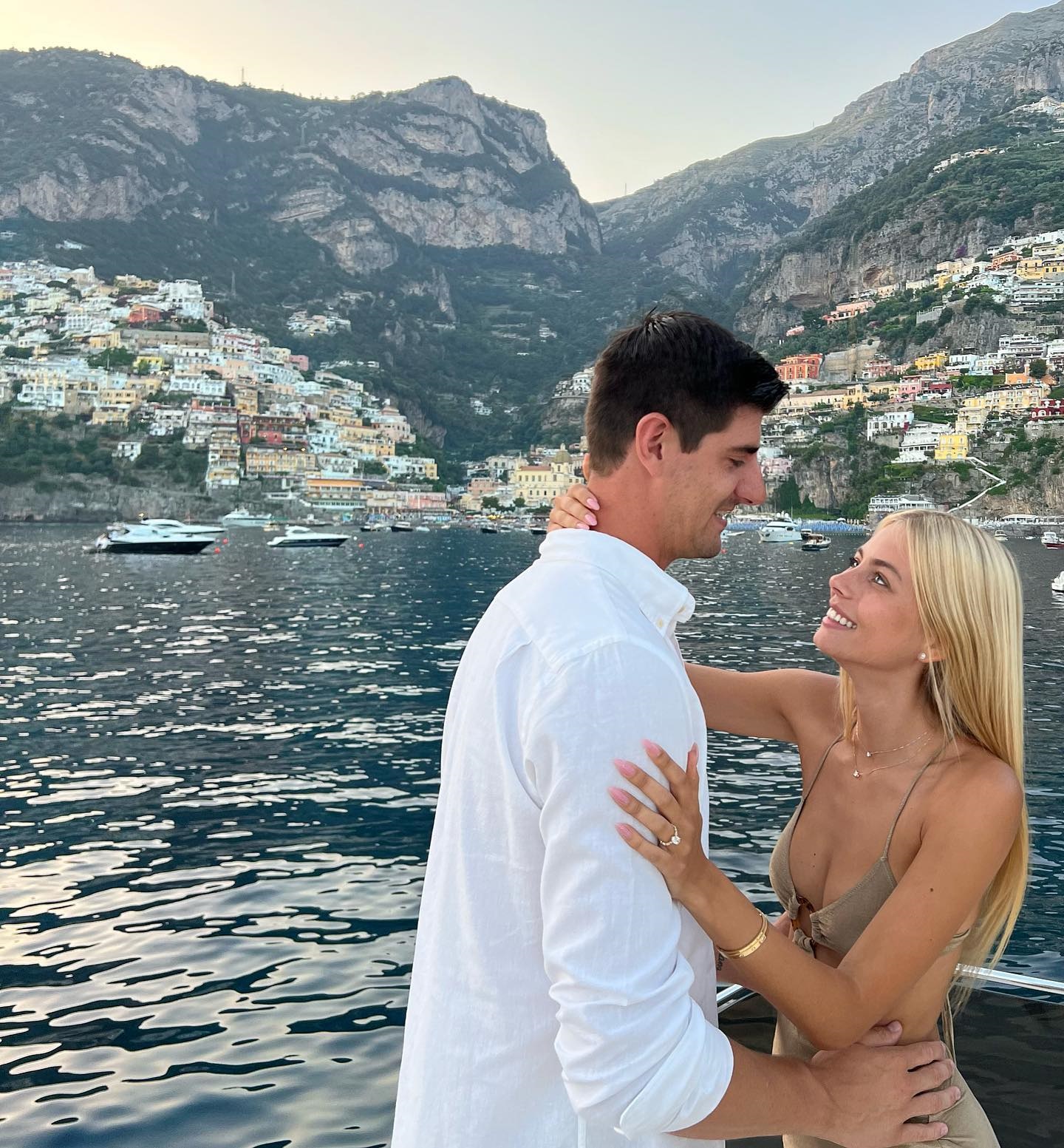