Former Bournemouth manager Eddie Howe is the hot favourite to take the vacant Celtic manager’s post, according to reports.

The Scottish club, who have also been linked with former Manchester United legend Roy Keane, are said to be in secret talks with the English boss, after he met kingmaker Dermot Desmond. 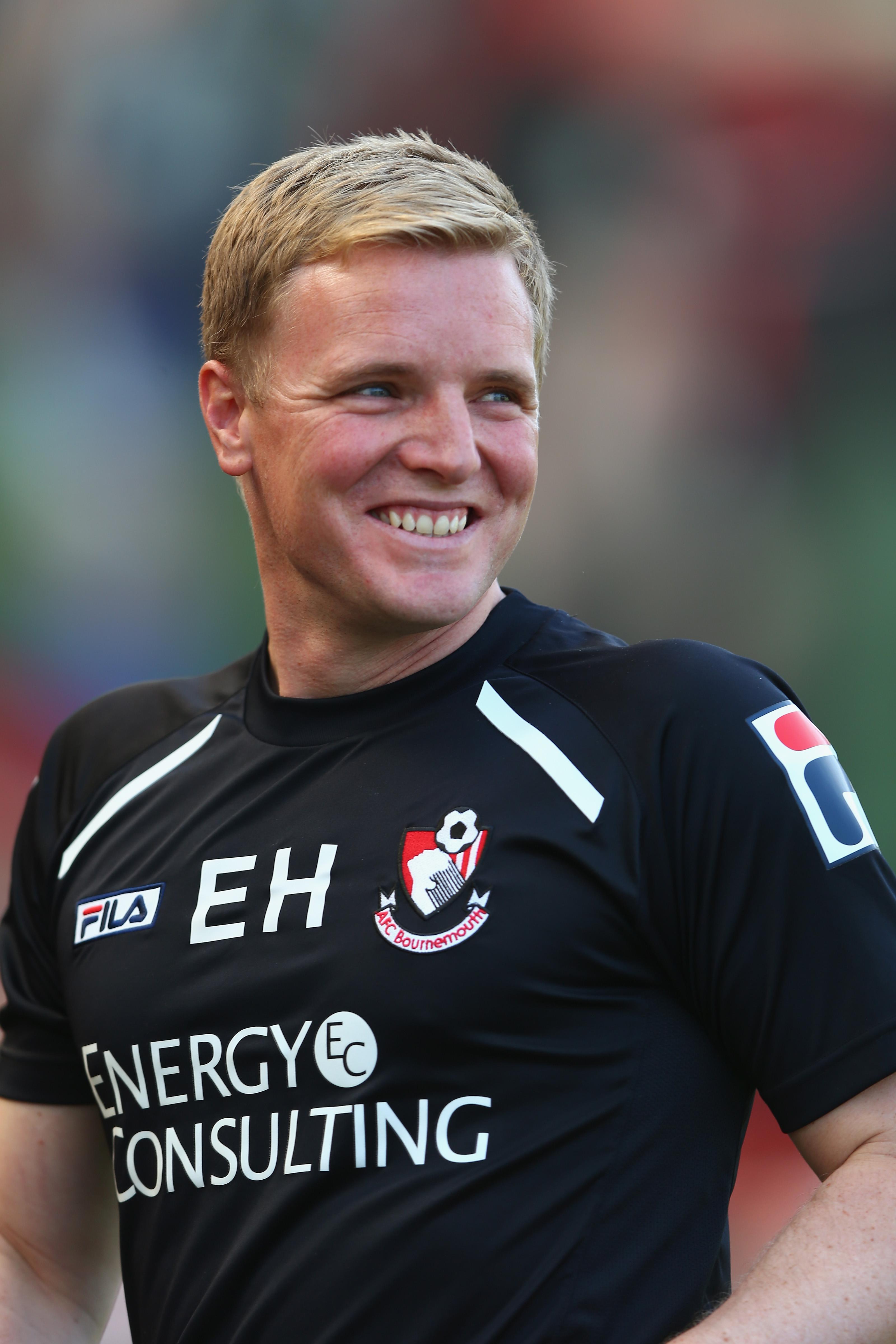 Eddie Howe masterminded a miracle at Bournemouth and is now the hot favourite for the Celtic jobCredit: Getty Images – Getty

The 43-year-old tactician performed miracles at on the South Coast with the Cherries, taking them from near-League One oblivion to the Premier League in two spells with the club on a limited budget.

The modest manager credits his mum Anne for being his biggest inspiration as she supported him through his dream of making it in the professional game.

She even played in goal while her two sons fired shots at her and practiced in the park.

Anne passed away in March, 2012 following a short illness, which Eddie admitted made him take stock of his life and return to Dean Court after a short stint at Burnley.

The calm and assured gaffer is very loyal to his family, having once signed his now-retired half-brother Steve for Bournemouth in 2010.

He also had to conquer the bitter disappointment of his playing days being cut short by a serious knee injury when he was just 29-years-old.

However, that didn’t stop the grounded Amersham-born coach from rising to the top, sometimes against all the odds, to be touted as a future England coach.

Eddie began his footballing career with Bournemouth, making his debut for the south coast side at the age of just 18.

Three years later and he was surprisingly called up into the England set-up for the Toulon Tournament alongside the likes of Frank Lampard, Jamie Carragher and Emile Heskey. 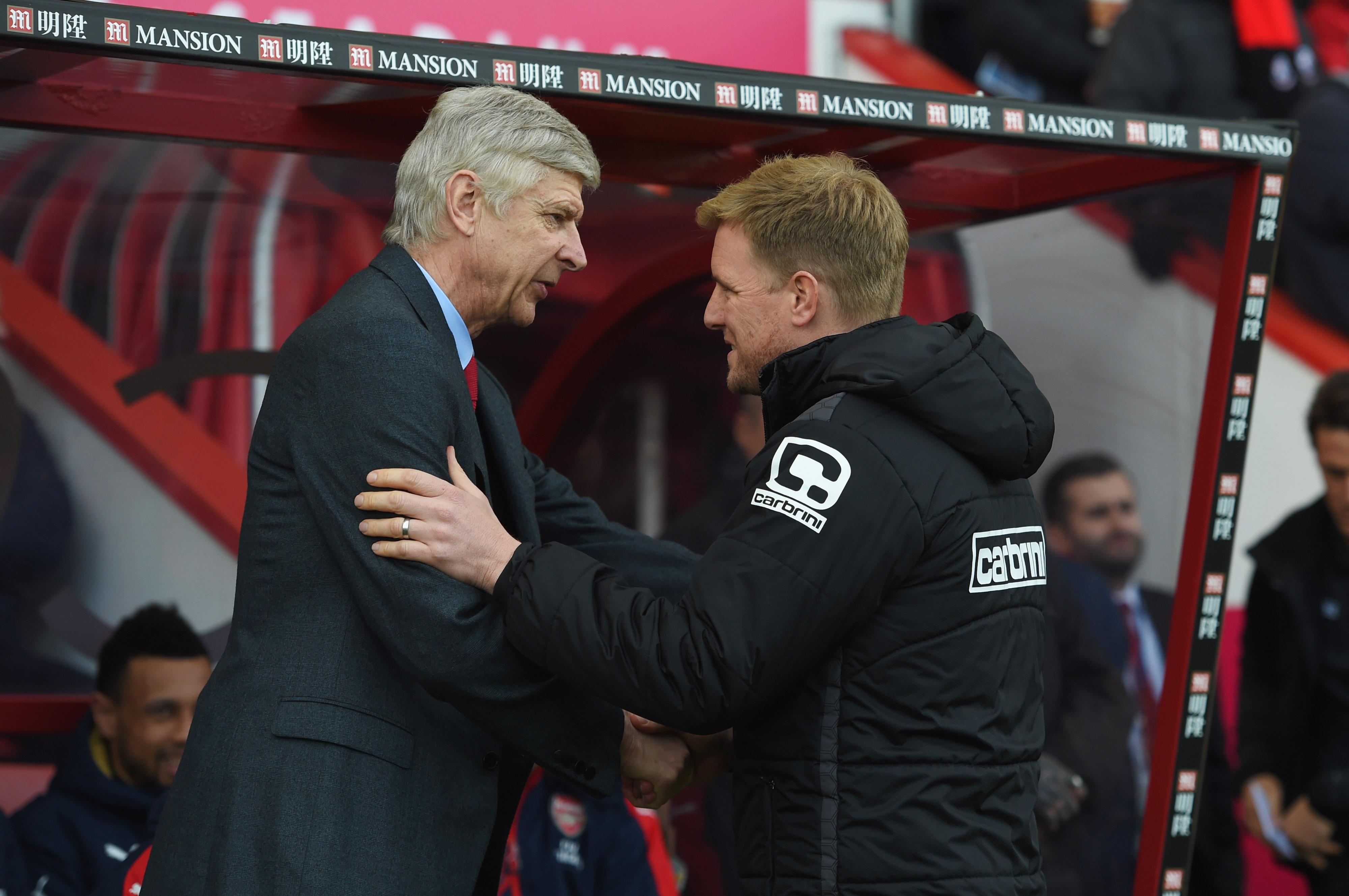 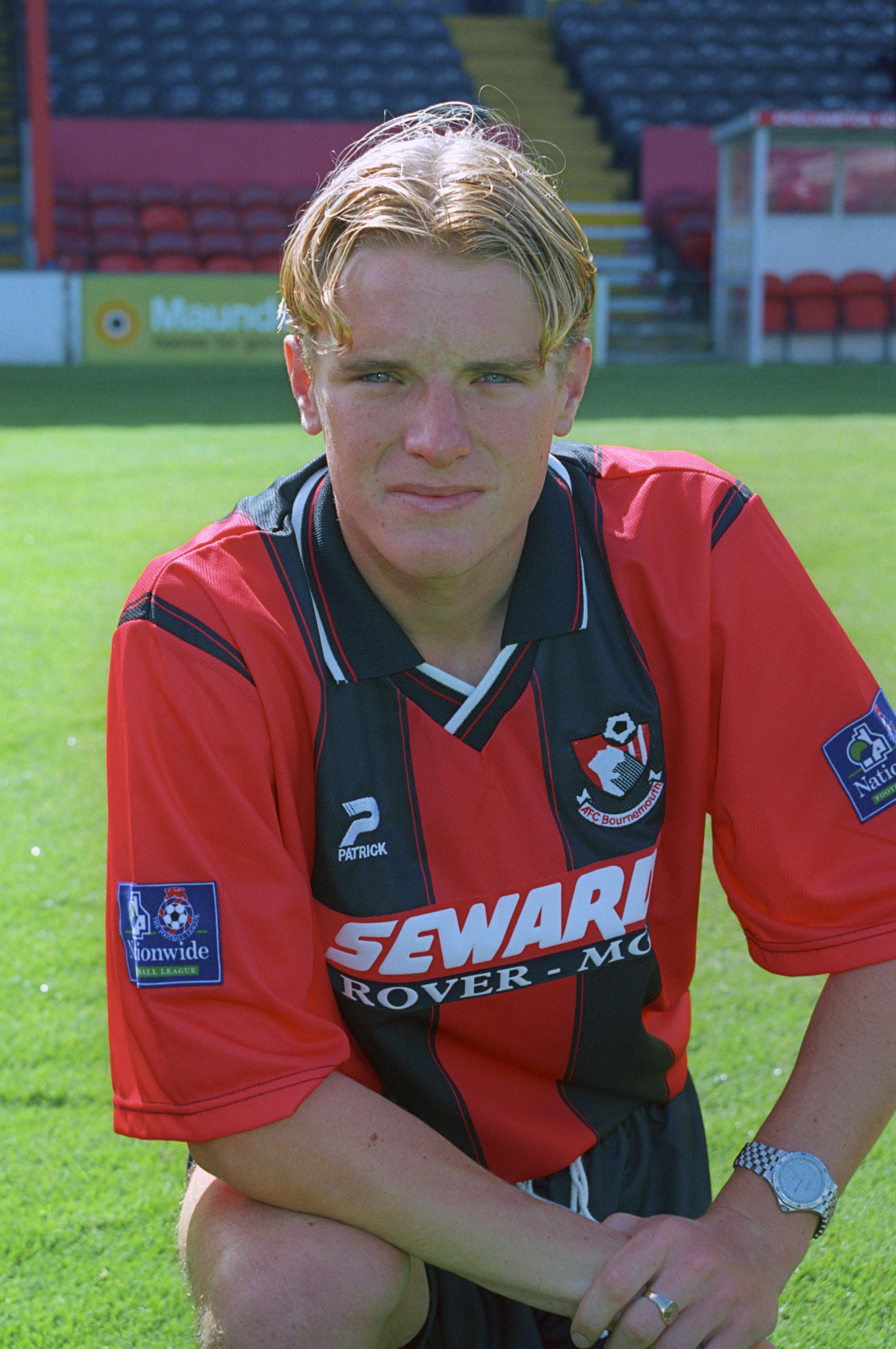 As a promising player, Eddie Howe was picked to play for England’s under-21sCredit: PA:Press Association

What was most surprising about his selection was he was the only League One player selected in the squad.

In 2002 Harry Redknapp signed the ball-playing centre-half for £400k and he seemed destined for the big stage.

But in only his second game for the club against Nottingham Forest, Eddie suffered an injury that was going to affect his life forever.

After jumping to head a ball clear, he heard a click in his left knee. It turned out that he dislocated his knee cap and chipped a bone under the knee.

It meant that the joint was never the same.

He had two two operations, but doctors failed to discover he had a micro-fracture and he still felt pain when trying to run.

Howe visited knee-specialist Dr. Richard Steadman, the man who rebuilt the knees of Alan Shearer and Ronaldo, who told him he would be able to play again but not at the same level.

Howe told the Telegraph: “At the end, I was a shadow of the player I had been.

“I was very keen to finish while people remembered me for the player I was rather than the player I had become. 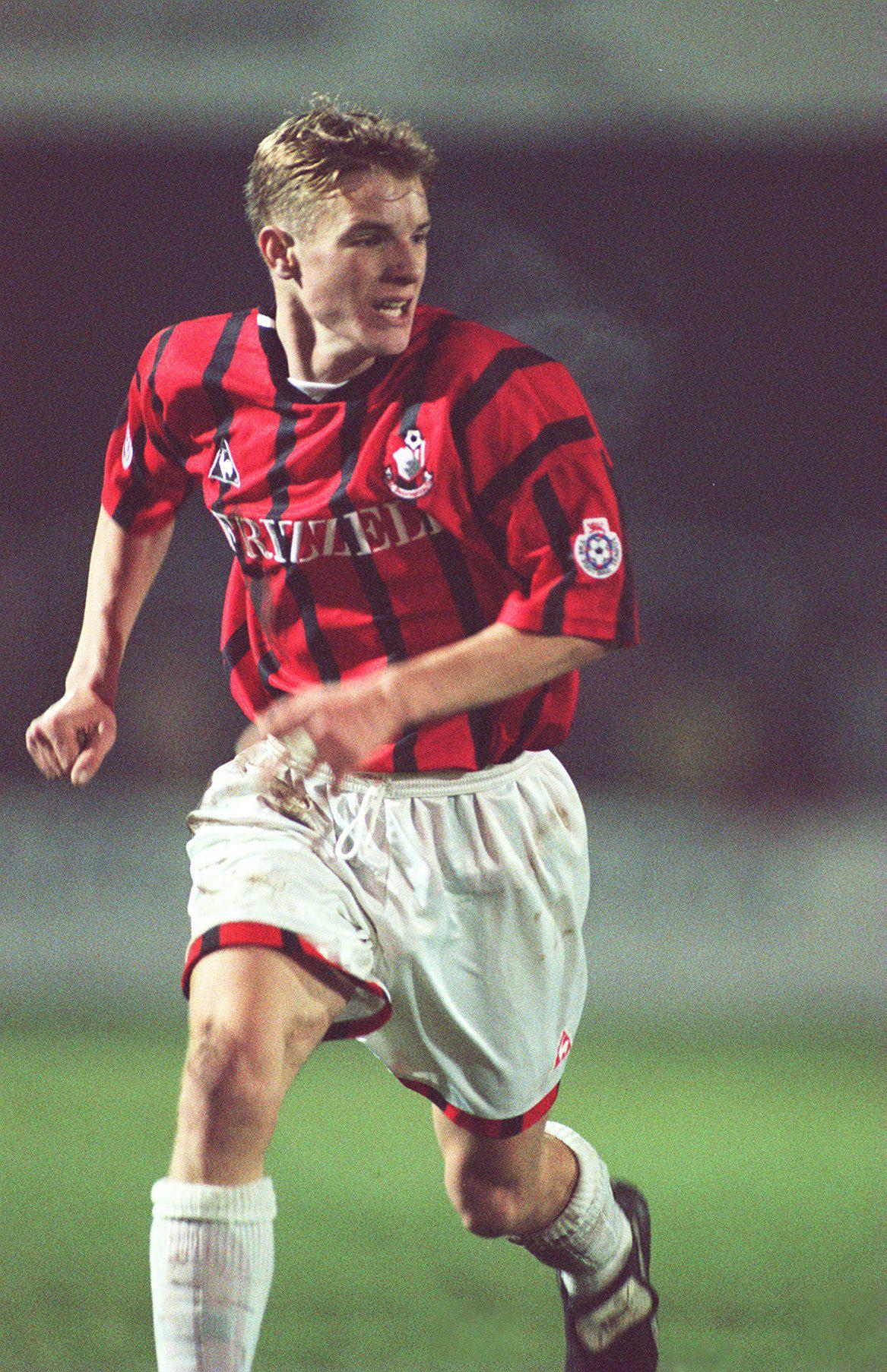 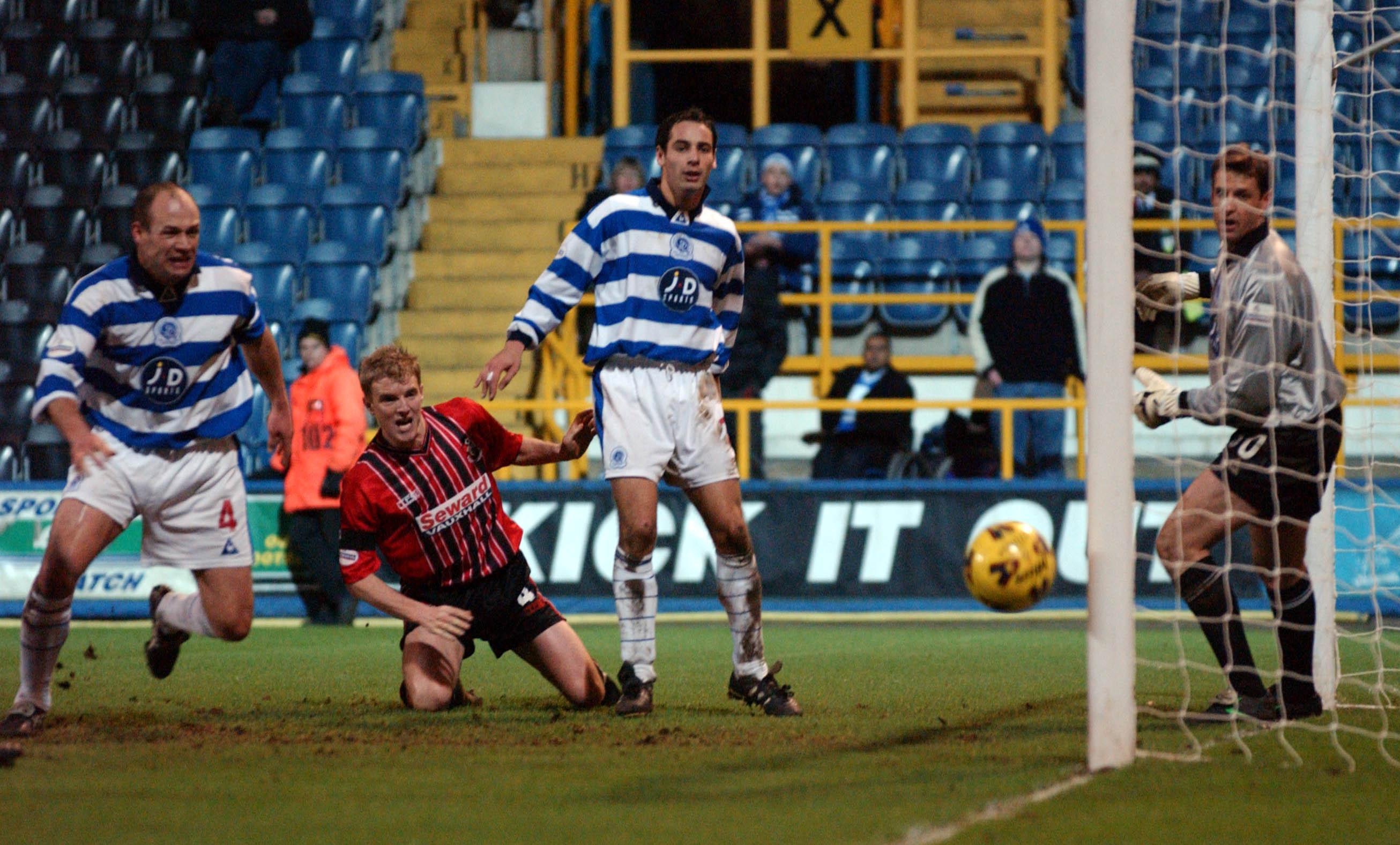 Eddie Howe knew he would never be the same player again after his knee injuryCredit: PA:Empics Sport

“It was really tough, because the biggest challenge I found when I came back was that I wasn’t as effective.

“I had lost a lot of my attributes that made me the player I was: my pace, my turning ability, my jump.

“I wasn’t very big for a centre-half so I had to jump well and that was one of my strengths.

“When I came back I was jumping about two feet lower. I struggled with my identity and I lost what I was.

“Everyone forgets very quickly what you were and judges you on what you are – and I wasn’t very good. I found that period of my career very, very difficult.”

He went to Swindon on loan in 2004, but didn’t get a game. Then a successful loan spell at Bournemouth the same year gave him renewed hope.

In what became known as the “Eddieshare” scheme, Bournemouth’s fans pulled together to raise money to pay the £21,000 transfer fee needed to sign him.

Eddie repaid their faith by playing for a further three seasons, before he decided it was time to call it a day at 29 – no longer able to play through the pain barrier. 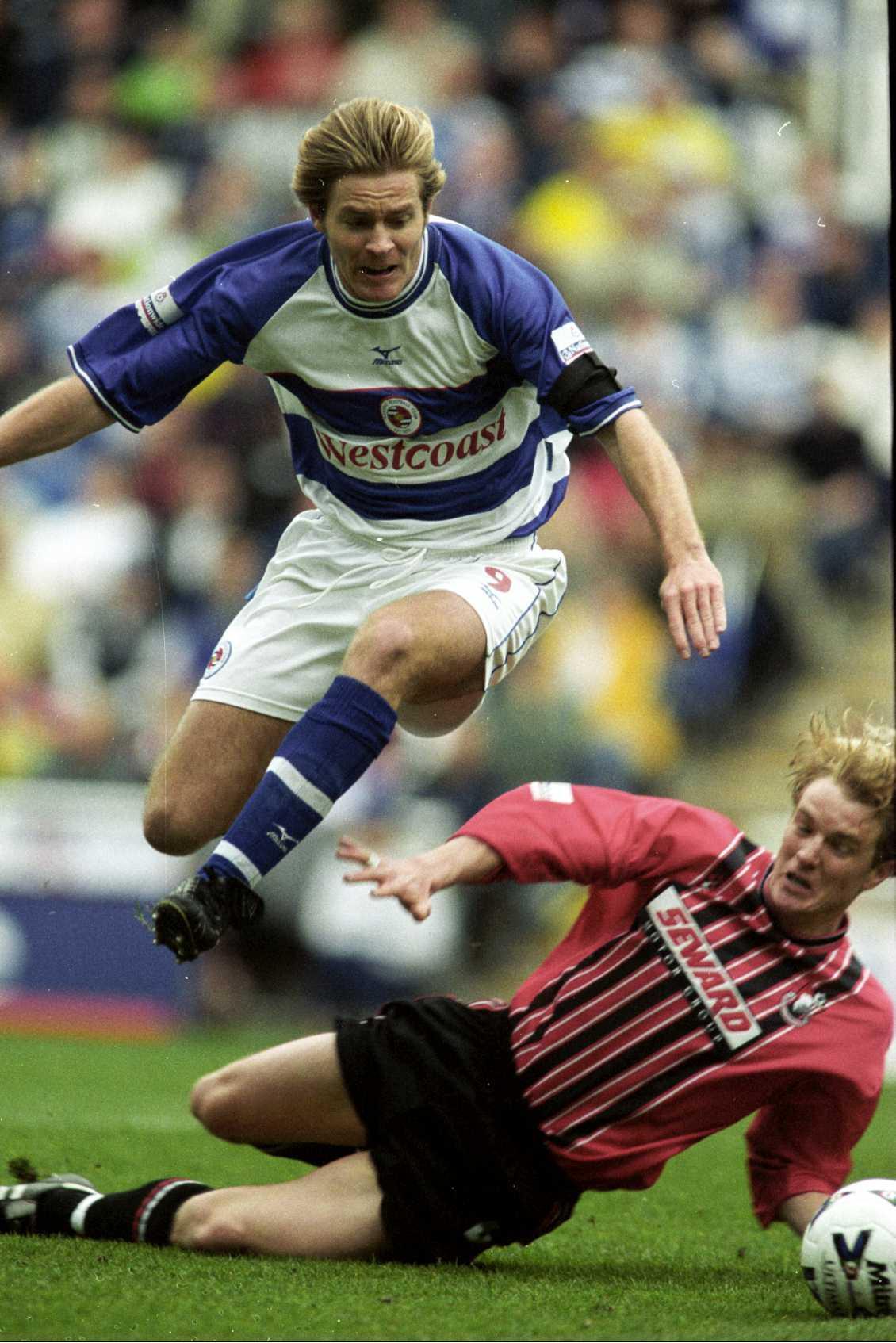 Eddie Howe was re-signed by Bournemouth after the fans donated money to the clubCredit: PA:Empics Sport 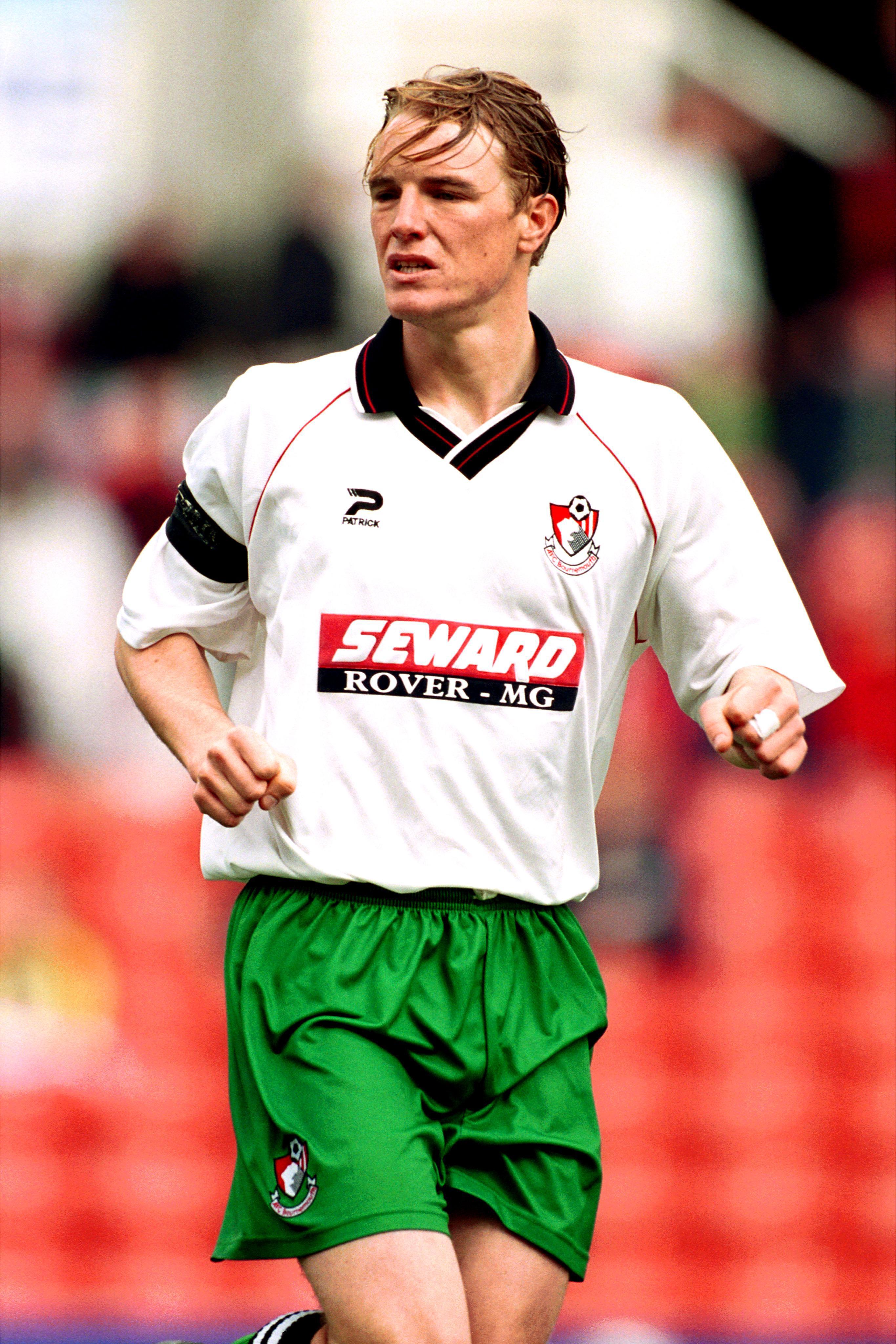 Eddie Howe knew his playing days were over and he went into coachingCredit: PA:Empics Sport

During this time Eddie was cutting his teeth coaching the reserve squad, but in September 2008 he was let go when first team manager Kevin Bond lost his job.

Weeks later, Eddie was back at the club he loved and working with the youth set-up thanks to Jimmy Quinn, who reintroduced the aspiring manager to the fold when he was appointed boss.

Then, Quinn was fired from the top job in December and Howe became caretaker manager during the interim.

Despite losing his first two games, Howe was hired permanently in early 2009 and became an overnight success.

The club managed to overturn a 17-point deficit and survived relegation from League Two.

The following season Howe inspired his charges to promotion to League One, guiding them to eight wins from their first nine games.

It was no surprise that mother Anne was there on the terraces, cheering Eddie and his team on.

After all, she divided her time between Dean Court and Scotland, where Eddie’s half-brother Steve made his name at Dundee, Aberdeen, Falkirk and Partick Thistle. 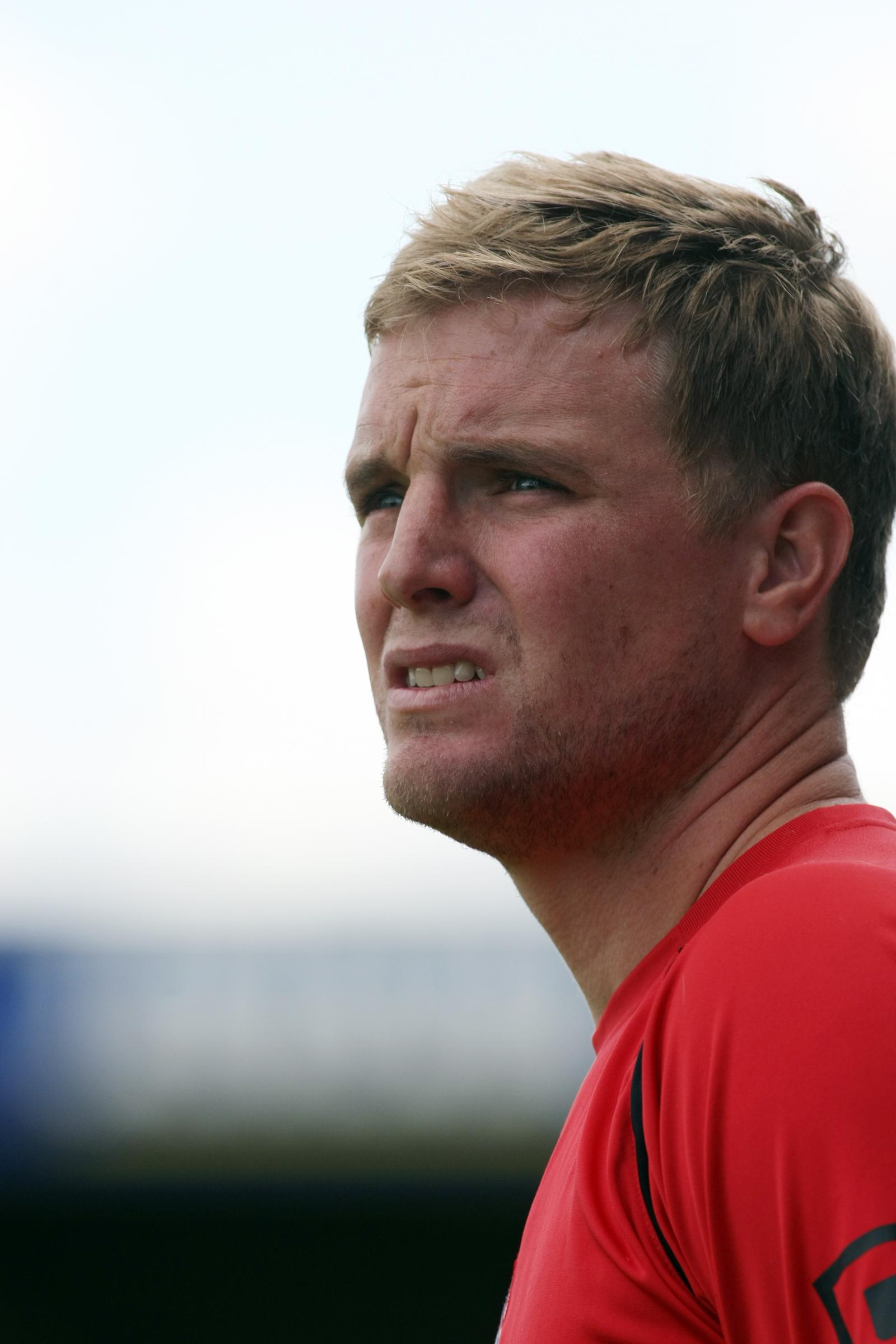 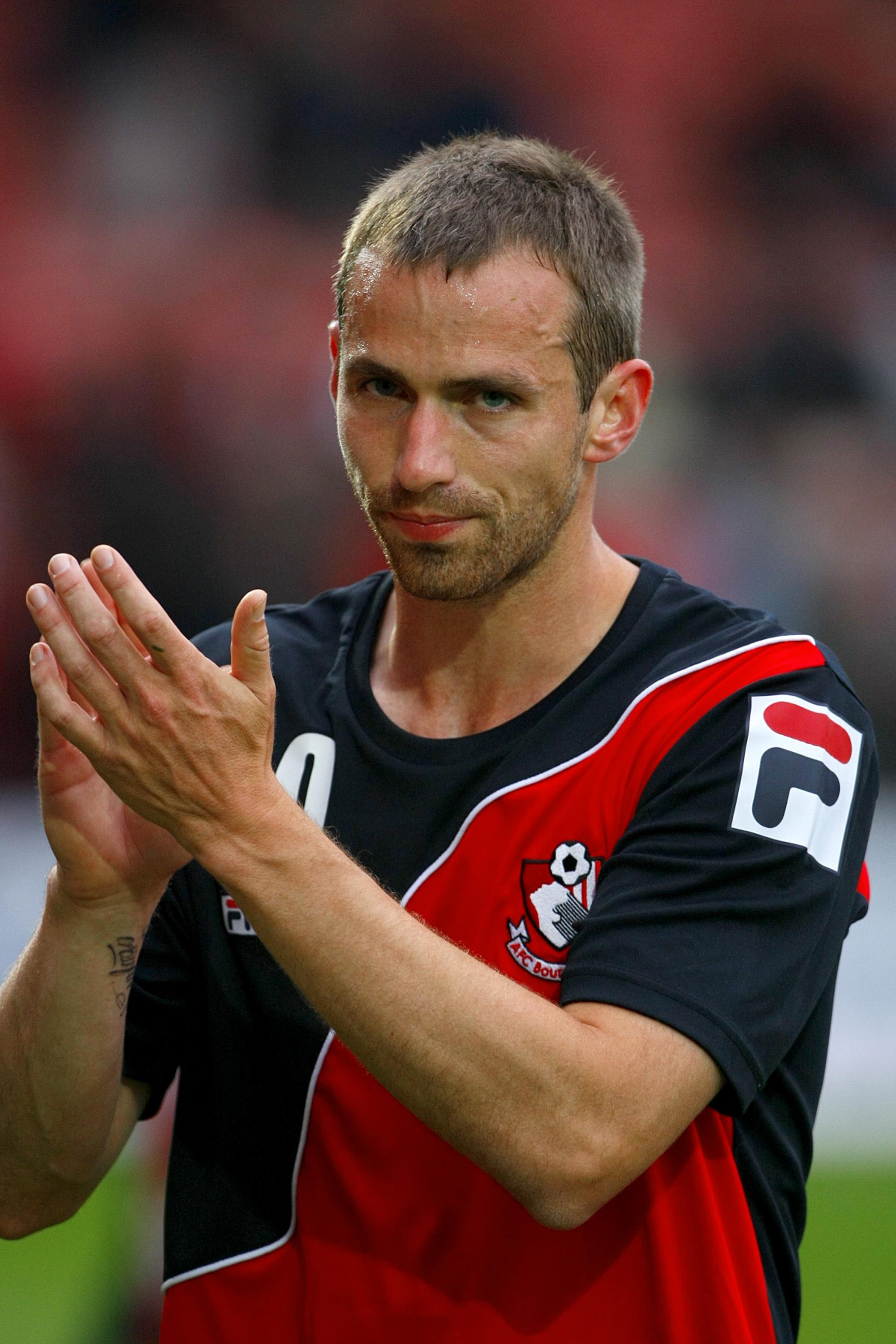 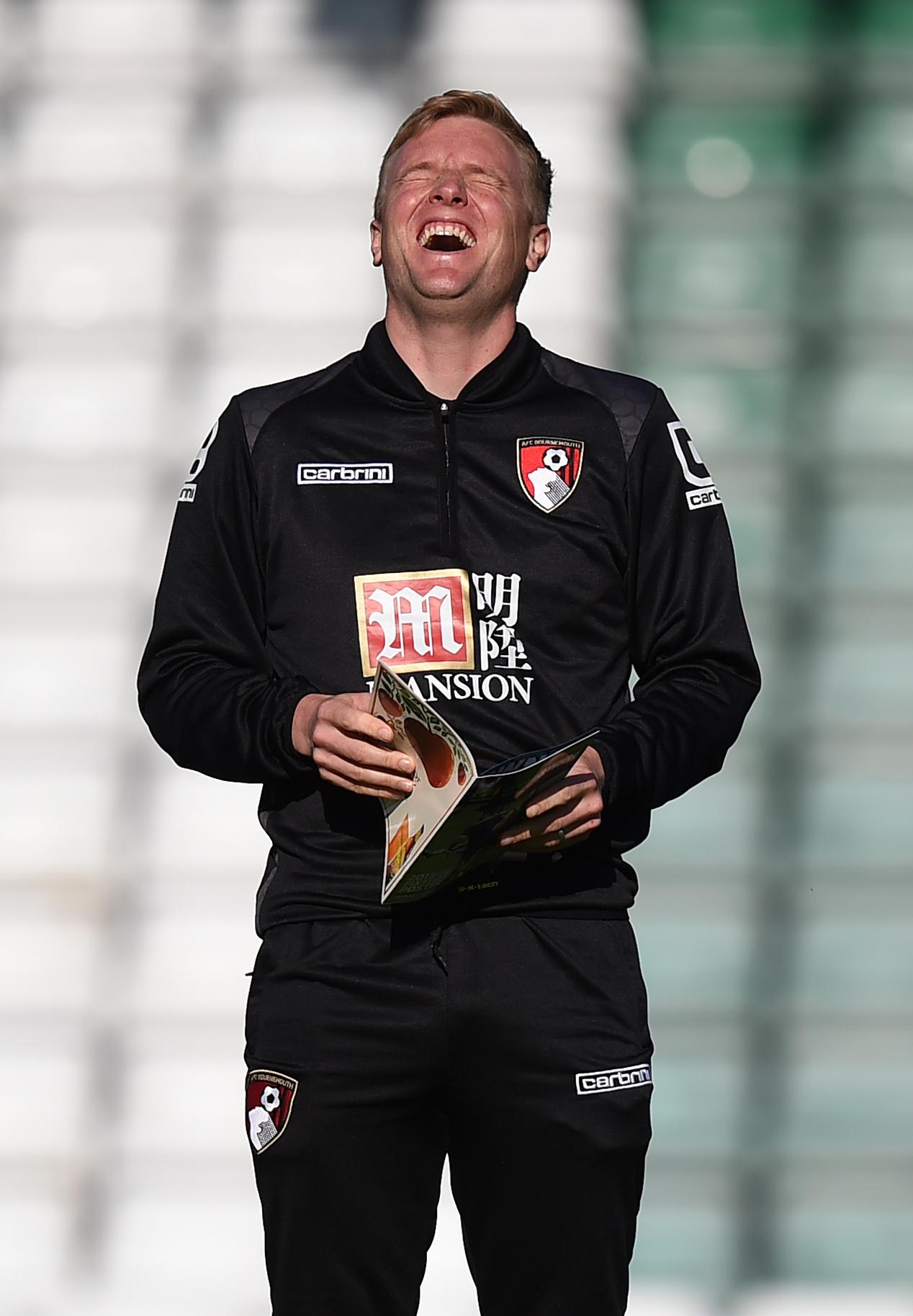 It did become easier for her though when Howe bought his brother to Bournemouth on a free transfer in 2010.

In 2011, Eddie’s future was subject speculation with plenty of clubs coveting the promising coach.

He joined Burnley, but his world was rocked a year later when his beloved mum Anne passed away.

Howe was living over 250 miles away in Manchester at the time, and he couldn’t carry on at the Clarets.

He returned back to Bournemouth in 2012. Three years later he got them promoted to the Premier League.

He told Bournemouth’s Daily Echo:  “My mum’s death certainly changed my perspective on a lot of things – on life, my career and everything.

“When something like that happens, it makes you re-evaluate and realise what’s really important.

“It was incredibly difficult to deal with and still is. When you lose someone you love so suddenly, it is very hard to take. 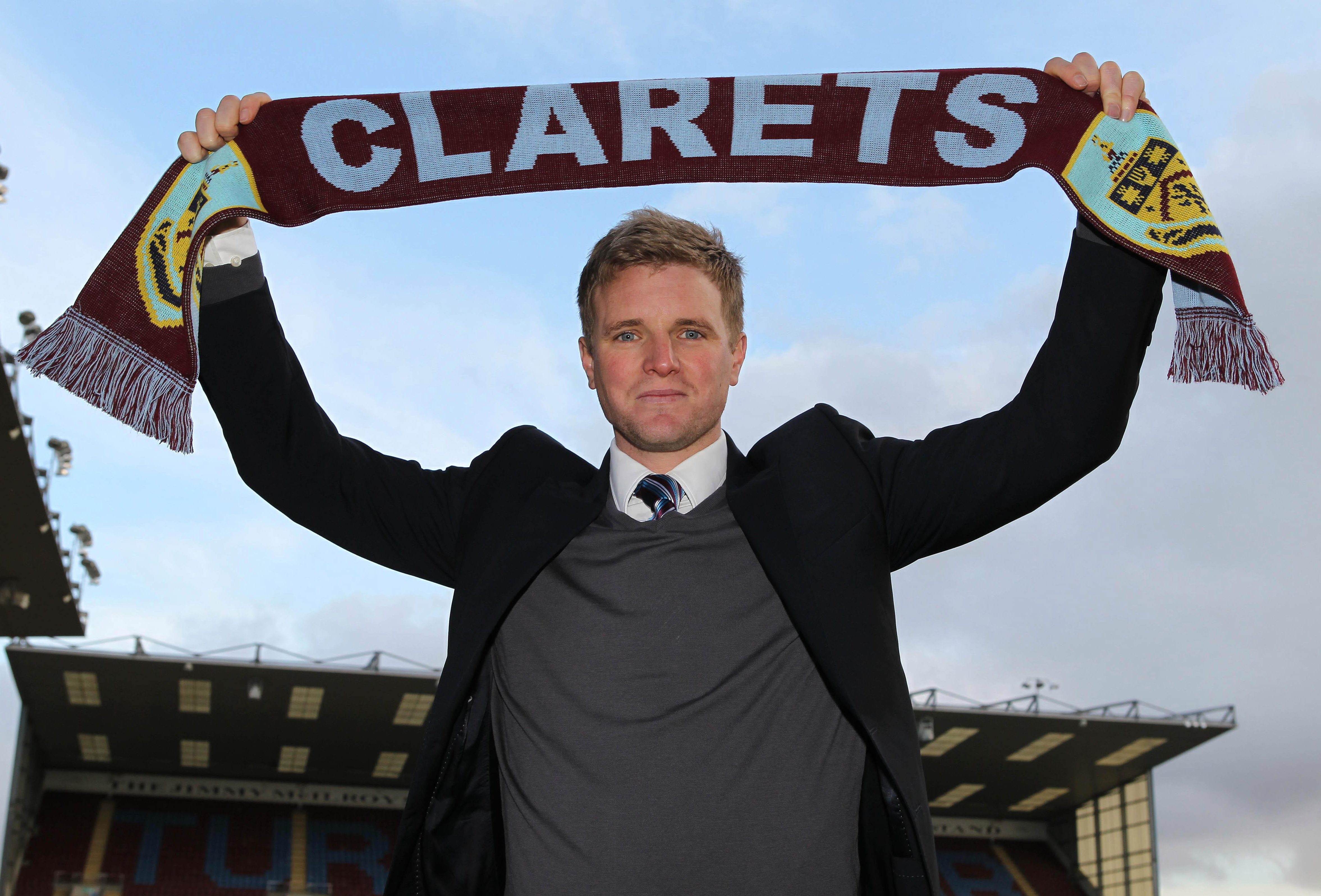 Eddie Howe had a brief spell at Bournemouth from 2011-2012Credit: Mark Robinson – The Sun 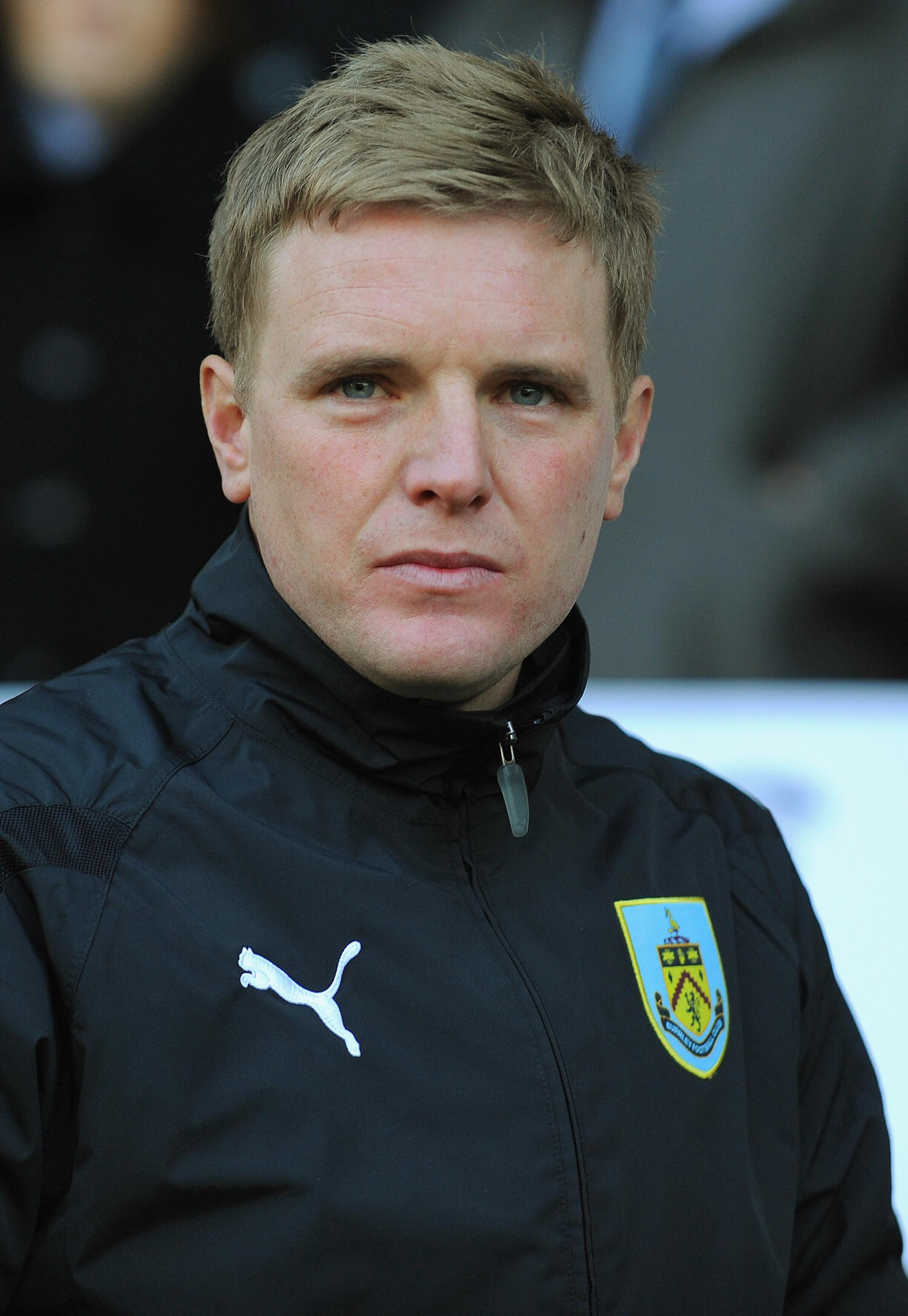 “But when you can’t grieve properly because you are so far away and detached, it is even harder to deal with.

“That is why coming back to this area and to this football club was a real comfort to me.

“It certainly had a big impact in my personal life and made me a lot happier off the pitch. I was closer to people who had been affected and could also help them. 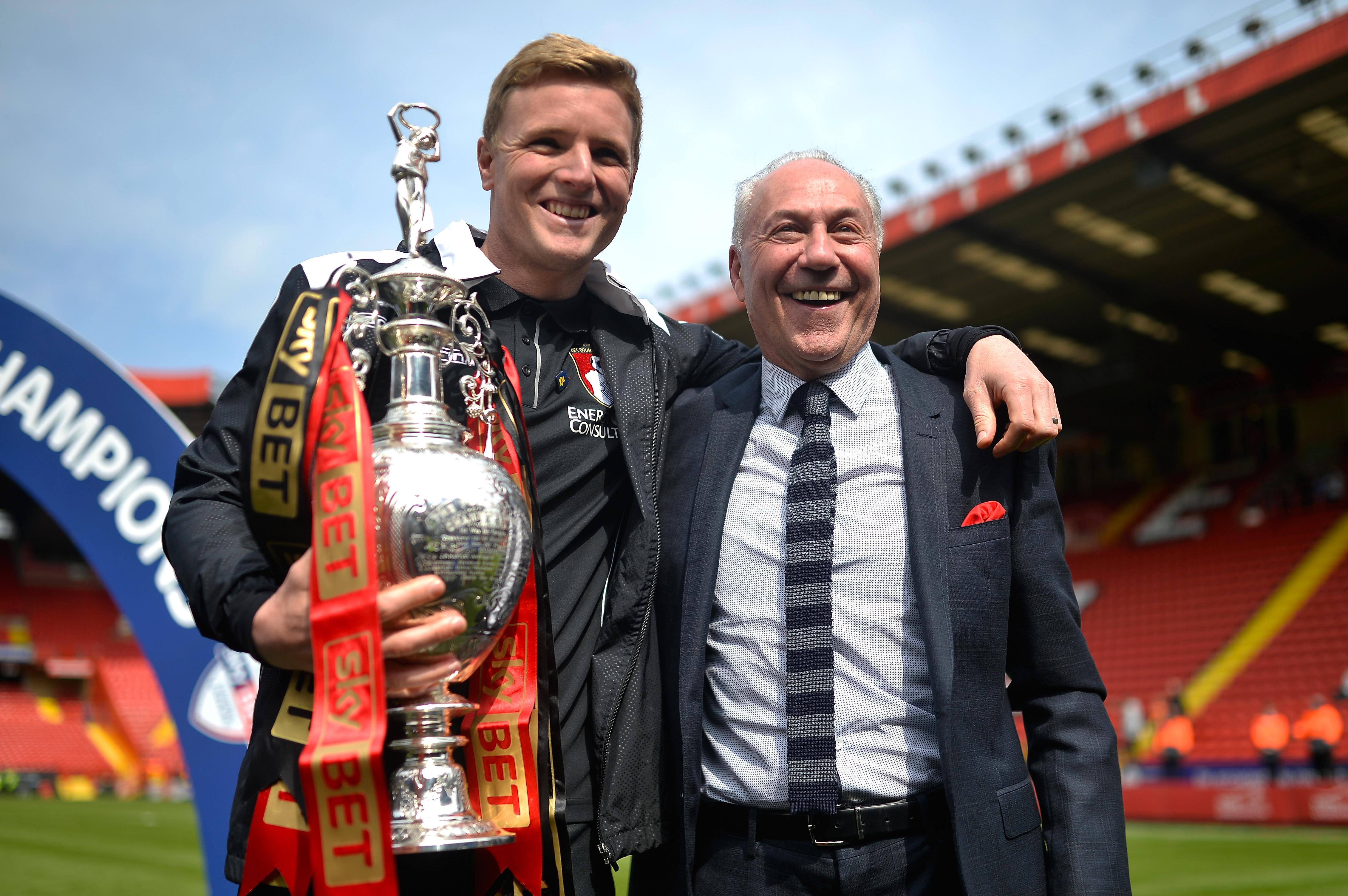 Eddie Howe returned back to Bournemouth and led them to the Premier LeagueCredit: Getty Images – Getty

DEDICATES IT ALL TO MUM

Eddie realises that he is where he is today because of how he was brought up by his mum, who he’s incredibly thankful for.

He told The Telegraph: “I do think the way I was brought up by my mum and the foundations she set me played a big part.

“Most people will say that your parents and your childhood experiences are so important.

“I certainly believe that to be the case for me. I was given some very good advice. I was brought up in a loving family and it has made me very focused on my work. 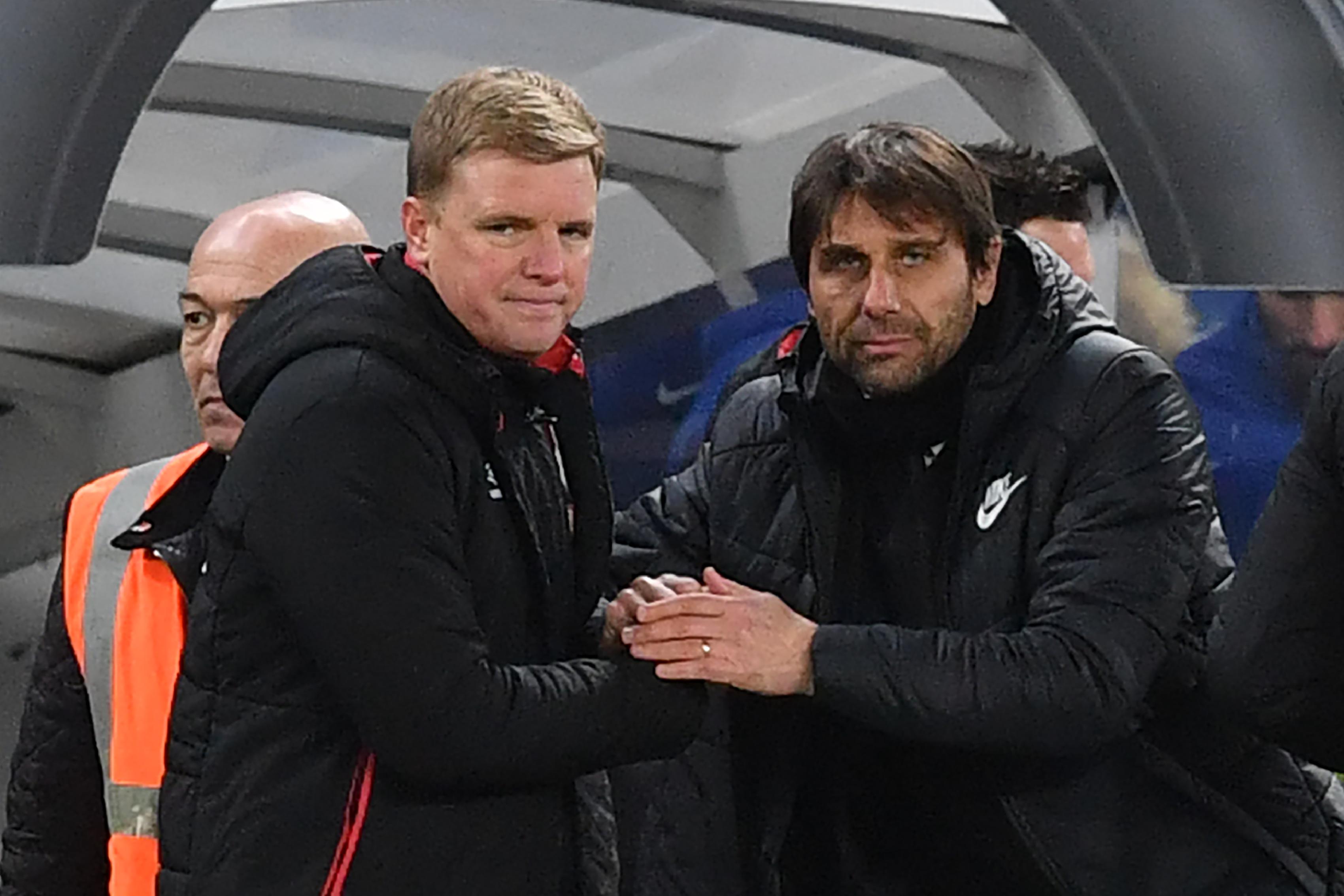 Eddie Howe believes he is where he is because of his upbringingCredit: Getty – Contributor

“Her passing away has fired me to try to achieve more in memory of her.

“She lived for her kids, really … growing up in a house full of boys with football always around.

“Steve and I were football mad and certainly inspired each other to play.

“It’s usually the dads who are out in the park kicking ball around until late but it was really me with my brothers.

“It was very much us with our mum, walking the dog or watching or sometimes acting as a goalkeeper! 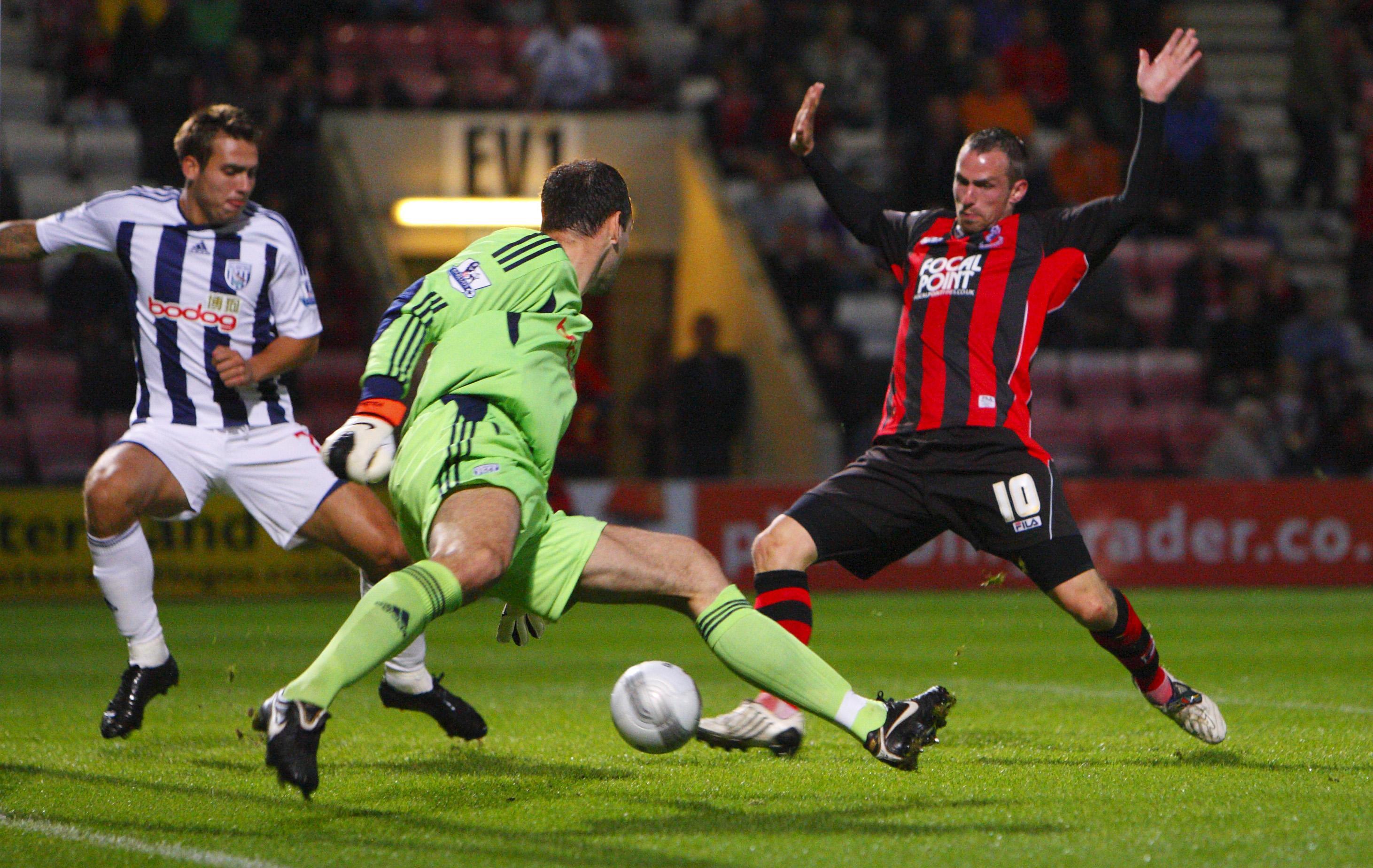 Eddie Howe’s half brother was a striker who played on the south coastCredit: PA:Press Association 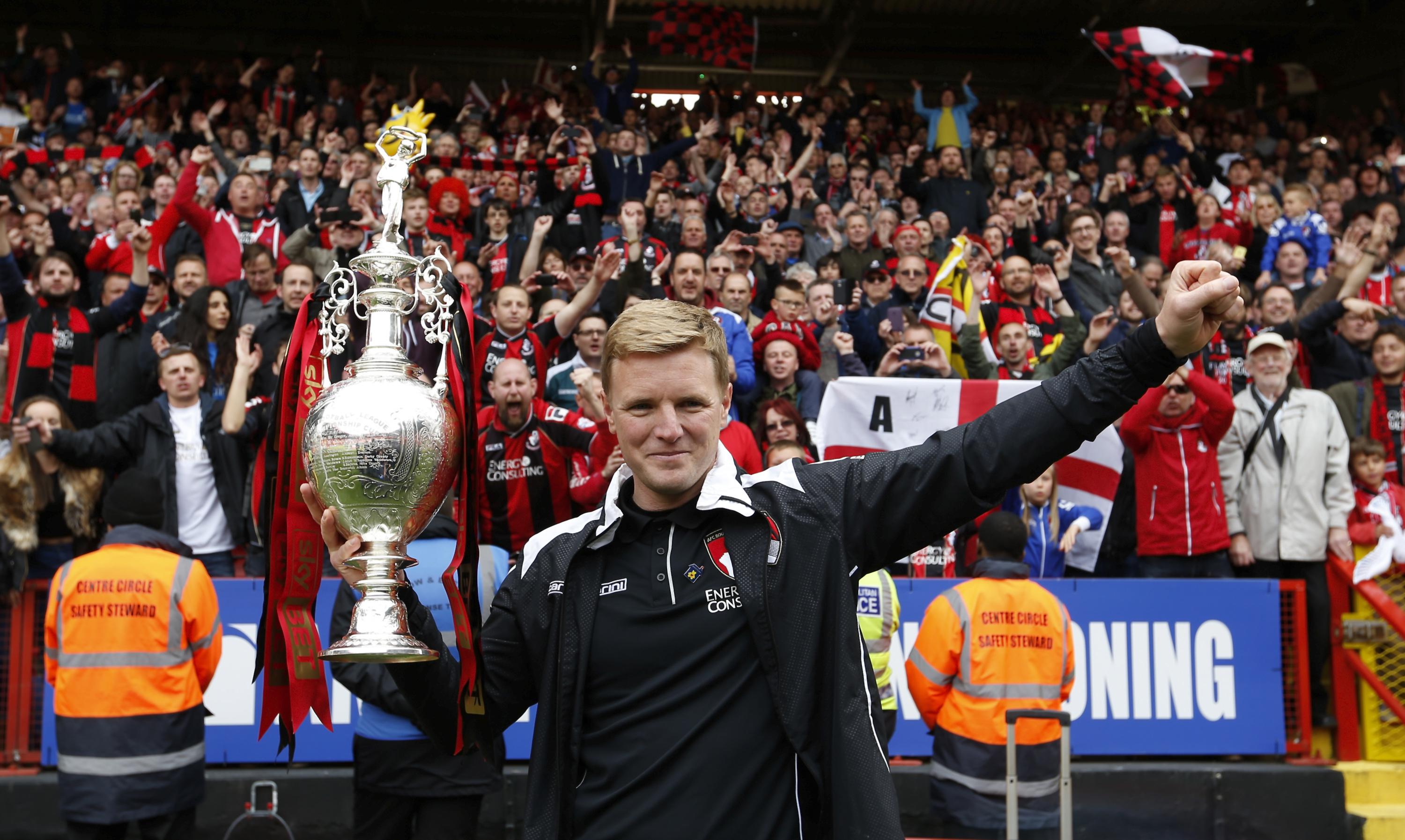 Eddie Howe’s success saw him linked with both the Arsenal and England jobs in the pastCredit: Getty Images – Getty

“She would support us in whatever we wanted to do and sometimes that was making the numbers up.

“She is a big inspiration in my life because I want to carry on the good start she gave me. I want to make sure I don’t put that to waste.”

It’s fair to say that Eddie has done far from that, which is why Celtic could do far wrong but appoint this Mr Nice Guy.

Travel bans for visitors from Philippines, Pakistan, Kenya and Bangladesh as countries added to Red List