SIMONE MAGILL shared a touching post on Twitter hailing the heroic efforts of Northern Ireland who will compete in the 2022 Women’s Euros.

The Everton striker is among the players who have been sharing emotional posts about their Northern Ireland side becoming the first to reach a major women’s football tournament. 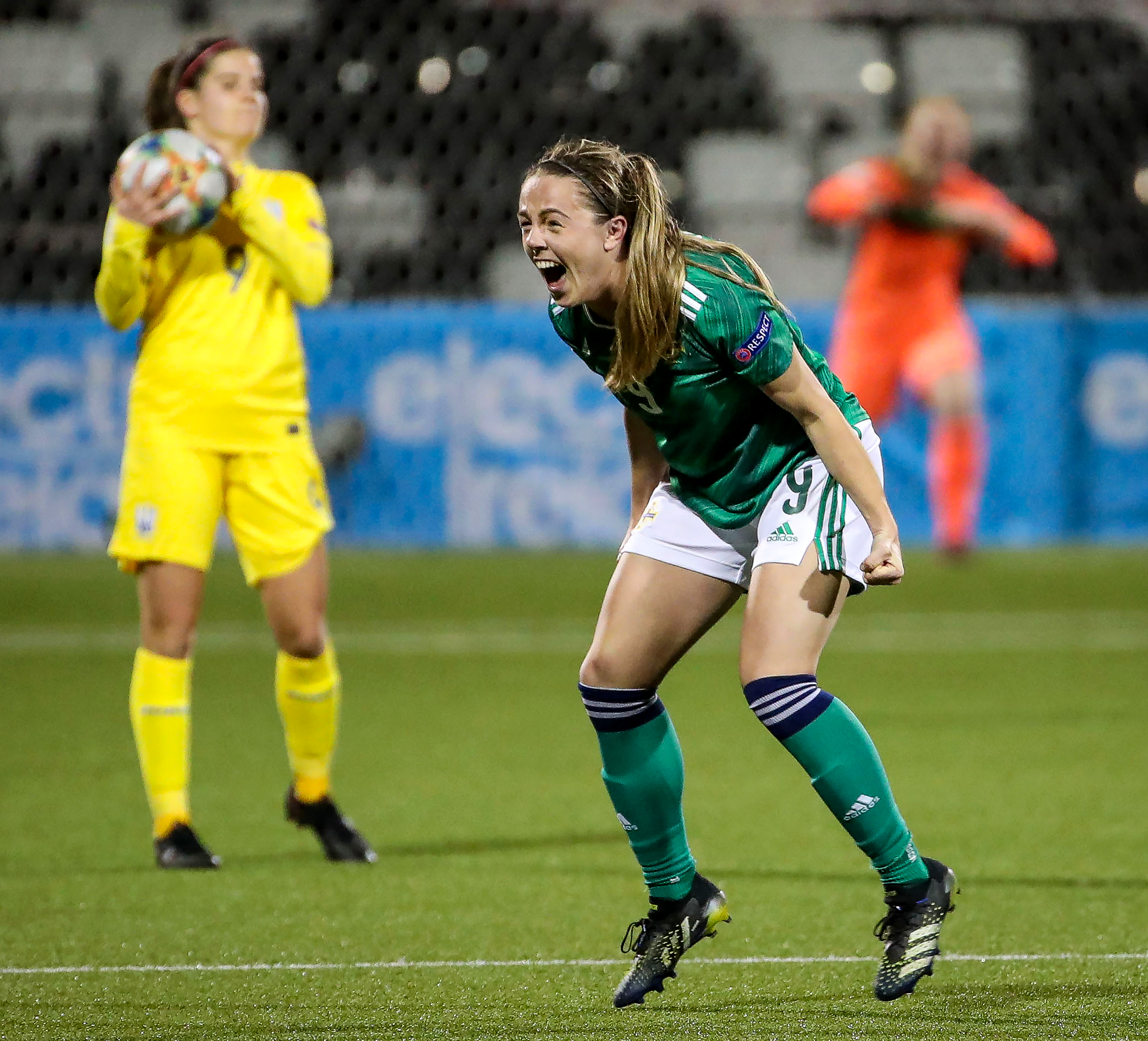 The Toffees ace, 26, included a green heart emoji in her post to more than 6,000 of her Twitter followers.

Magill, who has made 56 international appearances, wrote: “There are some moments in your life you know you’ll remember forever.

“Last night was one of them. What a special, special group.” 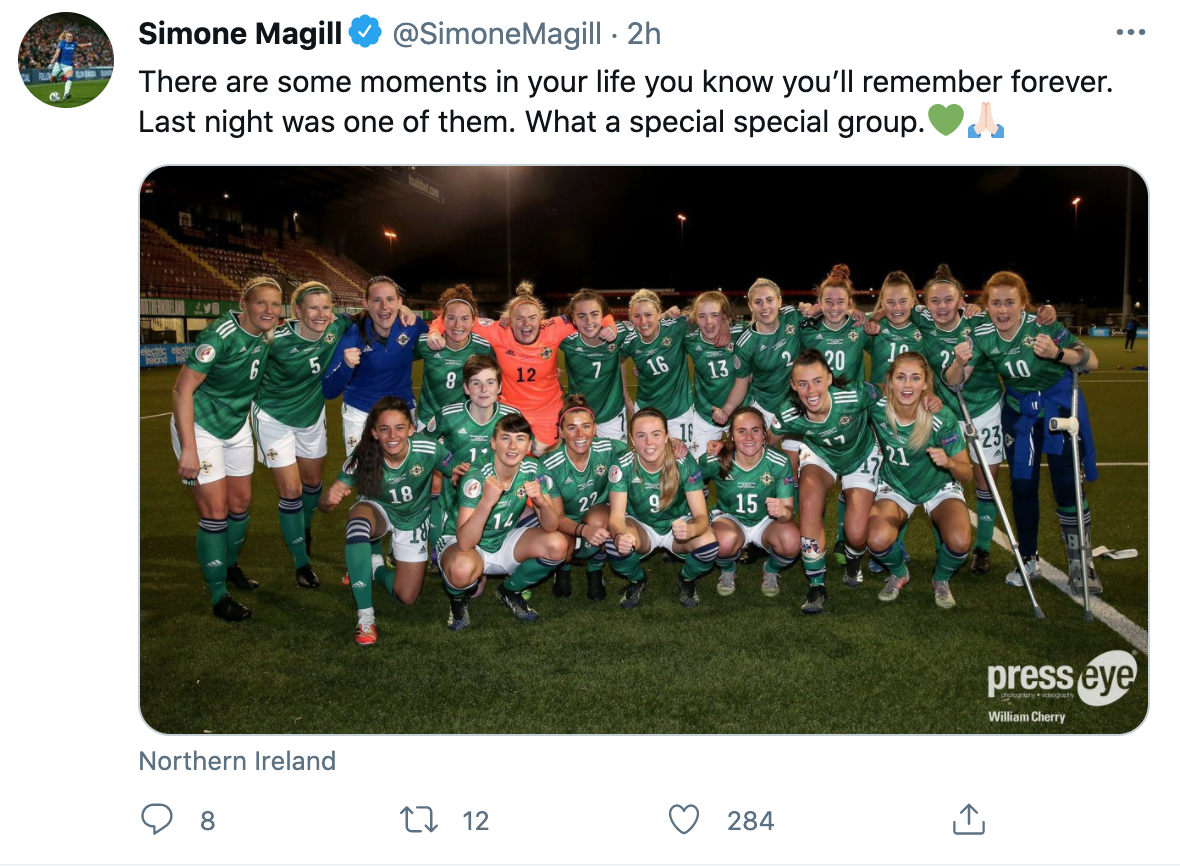 The Durham forward, 33, tweeted: “All the sacrifice, the setbacks, many doubters, the girls that didn’t get the opportunity, 15 years of making up the numbers is finally over.

All the sacrifice, the set backs, many doubters, the girls that didn’t get the opportunity, 15 years of making up the numbers is finally over, we have inspired a country and we are only getting started… We going to the Euros, we going to the Euros naa naa naaa naaaaaaaaa #GAWA https://t.co/pbBxJwYcDg

Northern Ireland reaching the Women’s European Championships is the highlight of a spectacular 17-year journey for a side that only reformed in 2004.

And their qualifying squad features players who have been out of action since December 2020 – with the exception of a friendly against England – due to pandemic restrictions.

Kenny Shiels and his backroom staff – who include son Dean – have been winning plaudits since taking over the side ranked 49th in the world 20 months ago.

Despite contending with injuries and players’ club seasons being kiboshed by Covid, they became the final nation to qualify for the Euros next year.

And skipper Marissa Callaghan, who plays for Cliftonville, paid a moving tribute to boss Shiels and her team-mates. 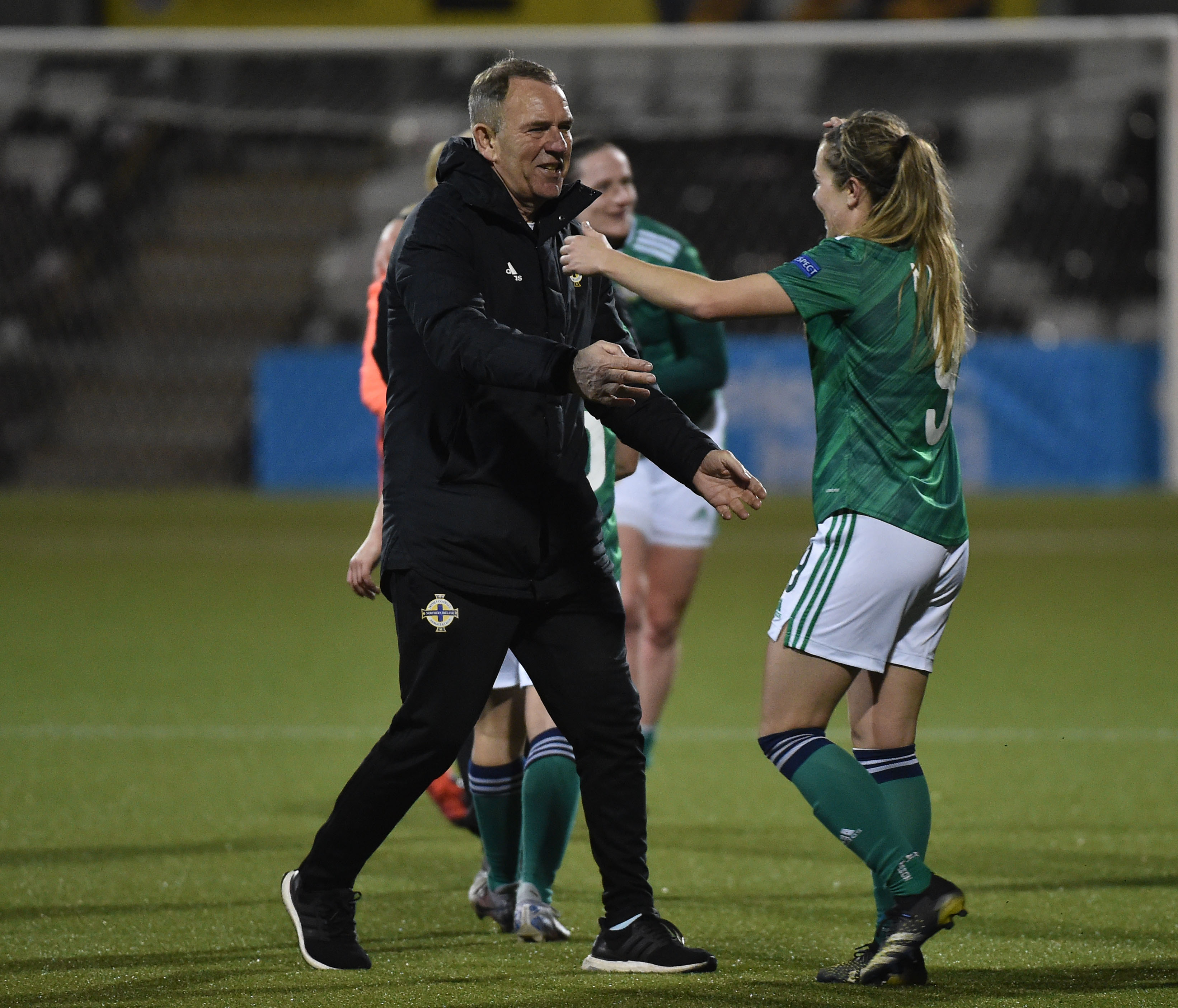 Holding back tears Callaghan, 35, said: “We didn’t win games and then Kenny Shiels, his son Dean and their backroom staff came in and they believed in us and we believed in ourselves.

“We have an unbelievable squad which includes eight members who are injured who started this campaign.

“I just knew this was going to happen, I knew it.

“I have my wee son’s name on my wrist and I said I’m going to kiss it and when I did I just had that belief.

“We wanted to go the Euros and we’ve done it. What’s happened is unreal.”

“I’m just so proud to wear the shirt. I’m proud of every single one of the girls and we’ll enjoy it because we deserved it. 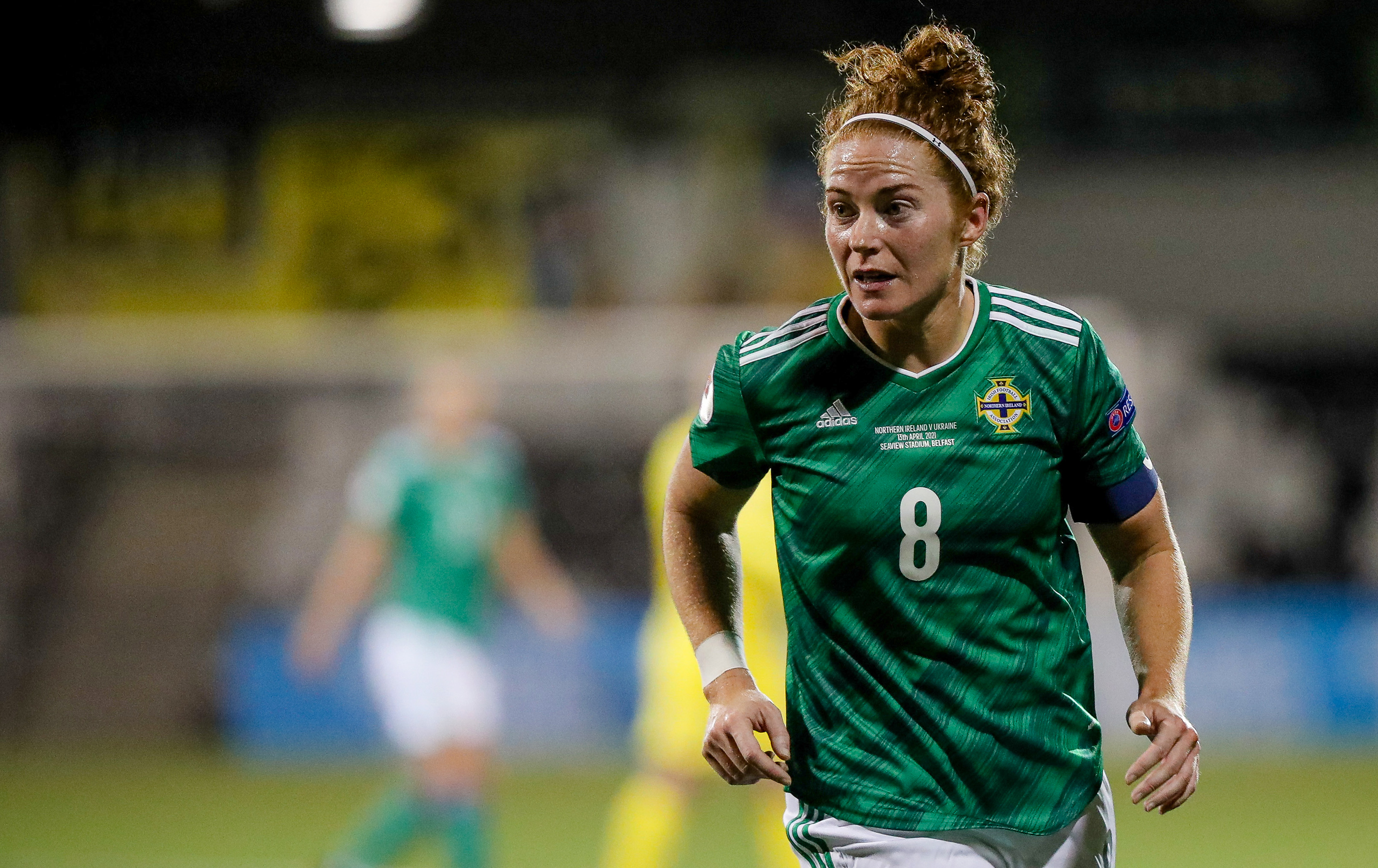 Skipper Marissa Callaghan says she is ‘proud’ of every single one of her team-matesCredit: Inpho

“And we look forward to creating more history.”

Northern Ireland will be the lowest of the Fifa ranked nations competing in the Euros in England in 2022.

Shiels team are currently 25 places behind Russia who booked their spot in the tournament this month. 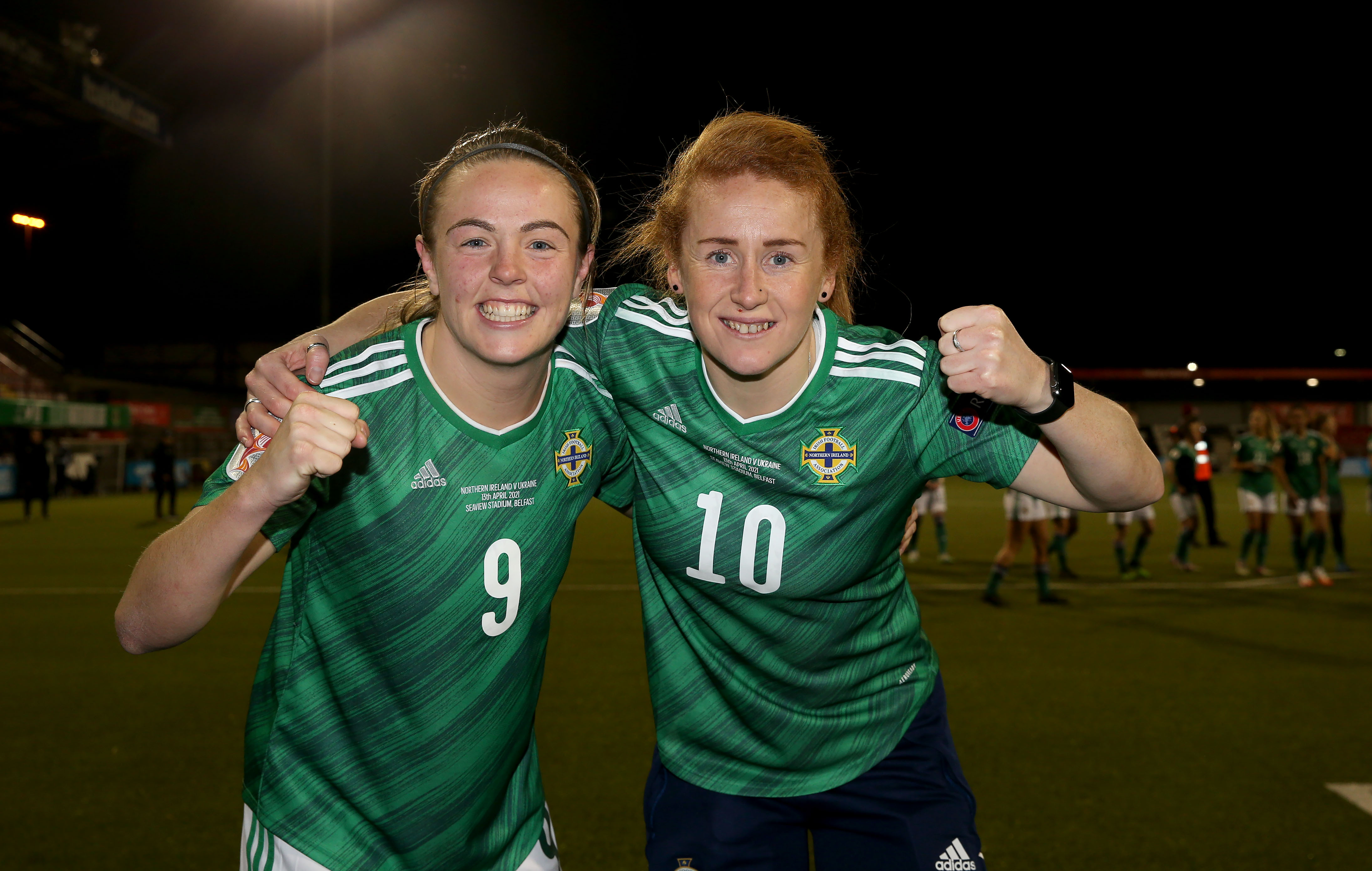