SUTTON chairman Bruce Elliott has branded the EFL “dinosaurs” when it comes to their attitude towards 3G pitches.

The National League club will lose around £500,000 next season from ripping up their state-of-the-art pitch at Gander Green Lane to install a grass one if they win promotion to League Two. 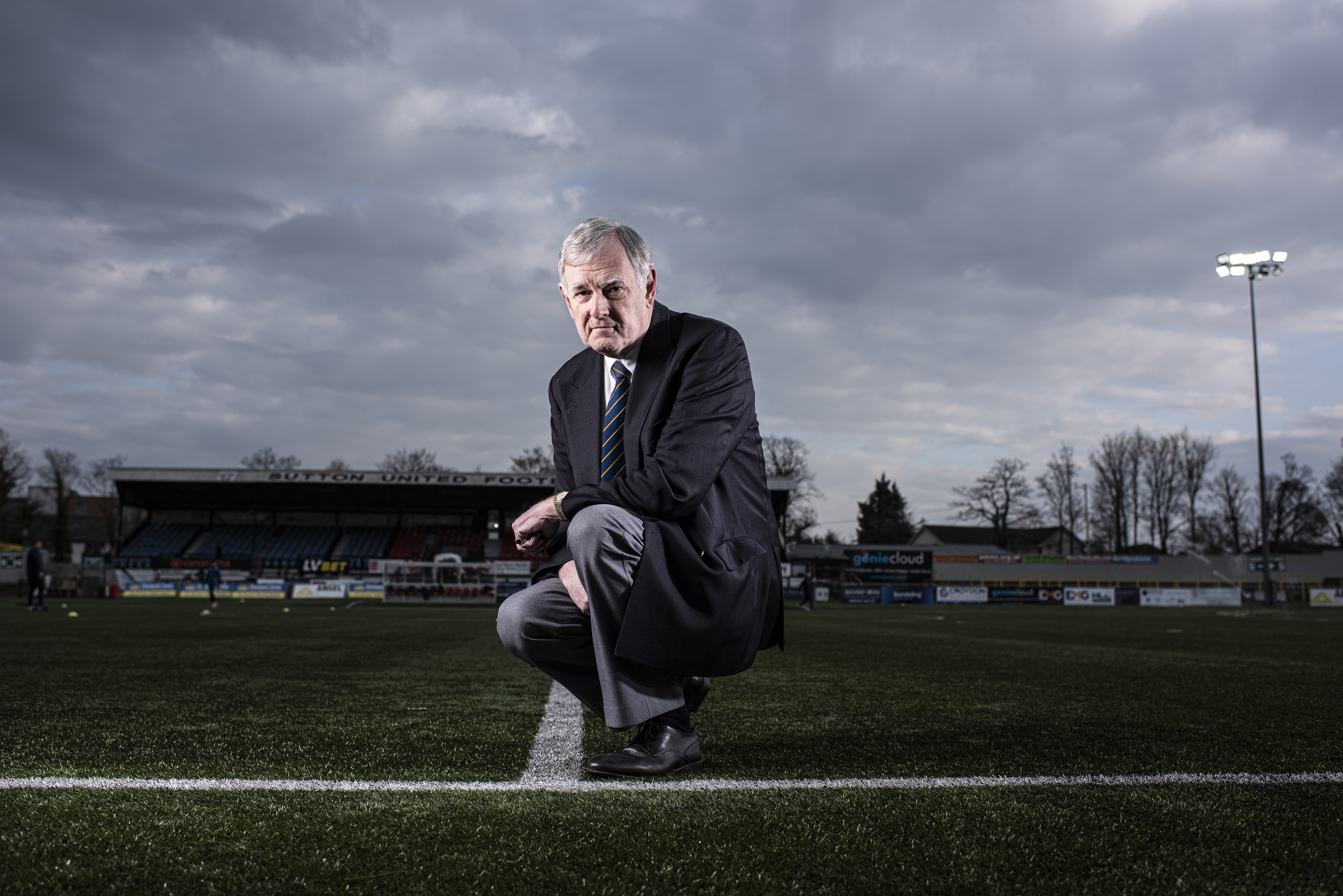 More than £200,000 will continue to go missing every year from the Surrey outfit due to the loss of revenue from the community use of the stadium – a huge amount for a club their size – and take on new costs of finding another training venue.

Harrogate reluctantly had to get rid of theirs last summer when they were promoted and shelled out a similar amount while also waving goodbye to their crucial income stream.

This is because artificial surfaces have been banned from the EFL since 1995. But in fairness to the league’s board, it is the clubs that have decided not to allow synthetic pitches to return.

In 2014, in an EFL-wide ballot, 34 clubs voted for 3G pitches, 34 against with four abstentions so the regulations were not changed – but in 2018 a majority of teams were against.

But it does seems bonkers – especially at a time of financial hardship – that clubs, particularly in League Two and One, cannot have 3G pitches.

The surfaces have come on a long way since the ghastly plastic pitches at Oldham’s Boundary Park and Luton’s Kenilworth Road.

Elliott told me: “Financially it’ll be tough. We’ve already had to take out a loan, like lots of National League clubs, to get us through to the end of this season – and if we get promoted we’re going to lose somewhere around £500,000 to change our pitch. 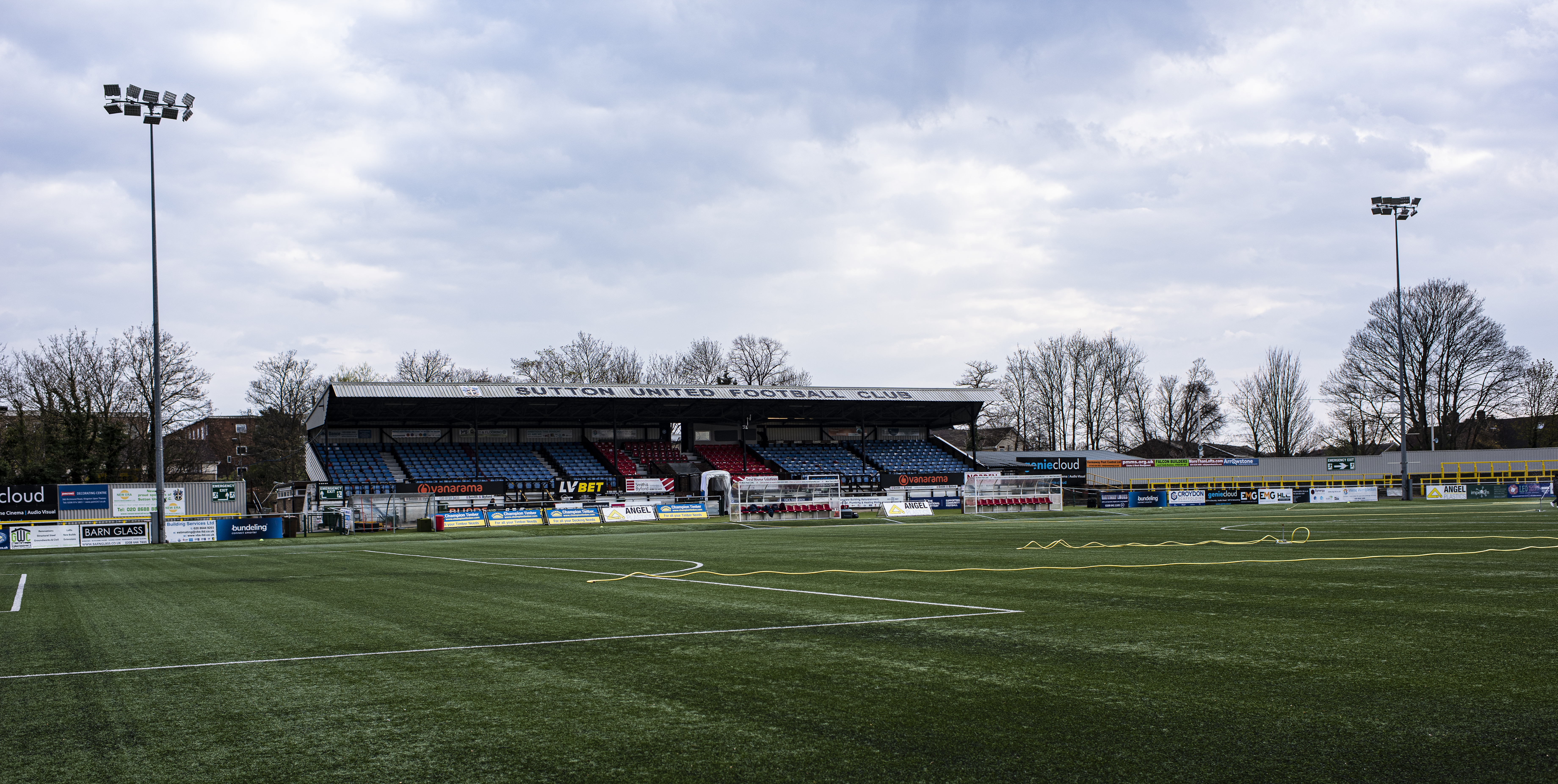 “Installing our 3G pitch five years ago was a game-changer.

“Our academy, ladies, boys, girls, disability teams, walking football all use it – and it’s hired out constantly.

“Our first-team also trains on it – so not only do we lose around £200,000 income from those using it, we are also going to have to find the extra cost of training somewhere else as well as another home with hopefully a 3G pitch for all our other teams to use.

“You would’ve thought League One and Two clubs especially would welcome the extra revenue it generates.

“There needs to be pressure put on the EFL to seriously look at this. Talk about heads in the sands – they’re being dinosaurs on this subject.”

And the reason Elliott believes the EFL are behind the times is because Fifa and Uefa no longer have such a ban in their competitions – including the World Cup and Euros.

The FA has also poured millions of pounds into 3G pitches at grassroots level.

I understand that at least 16 League Two clubs either own or have use of a 3G pitch for training.

Elliott said: “It makes the whole thing an even bigger nonsense.

There needs to be pressure put on the EFL to seriously look at this. Talk about heads in the sands – they’re being dinosaurs on this subject.

“There is a misconception that 3G pitches cause more injuries – but that is not what we’ve experienced.

“If clubs were so worried, why do they let their players train on them then?
“I’ve watched international and European matches played on them and it just winds me up further.”

Elliott has an ally in Harrogate chairman Irving Weaver after his club had to get rid of theirs in the summer.

And the Sulpherites chief makes a good point – saying: “We’ve never had to worry about calling off a Boxing Day game, with bumper crowds, because of a frozen or waterlogged pitch. 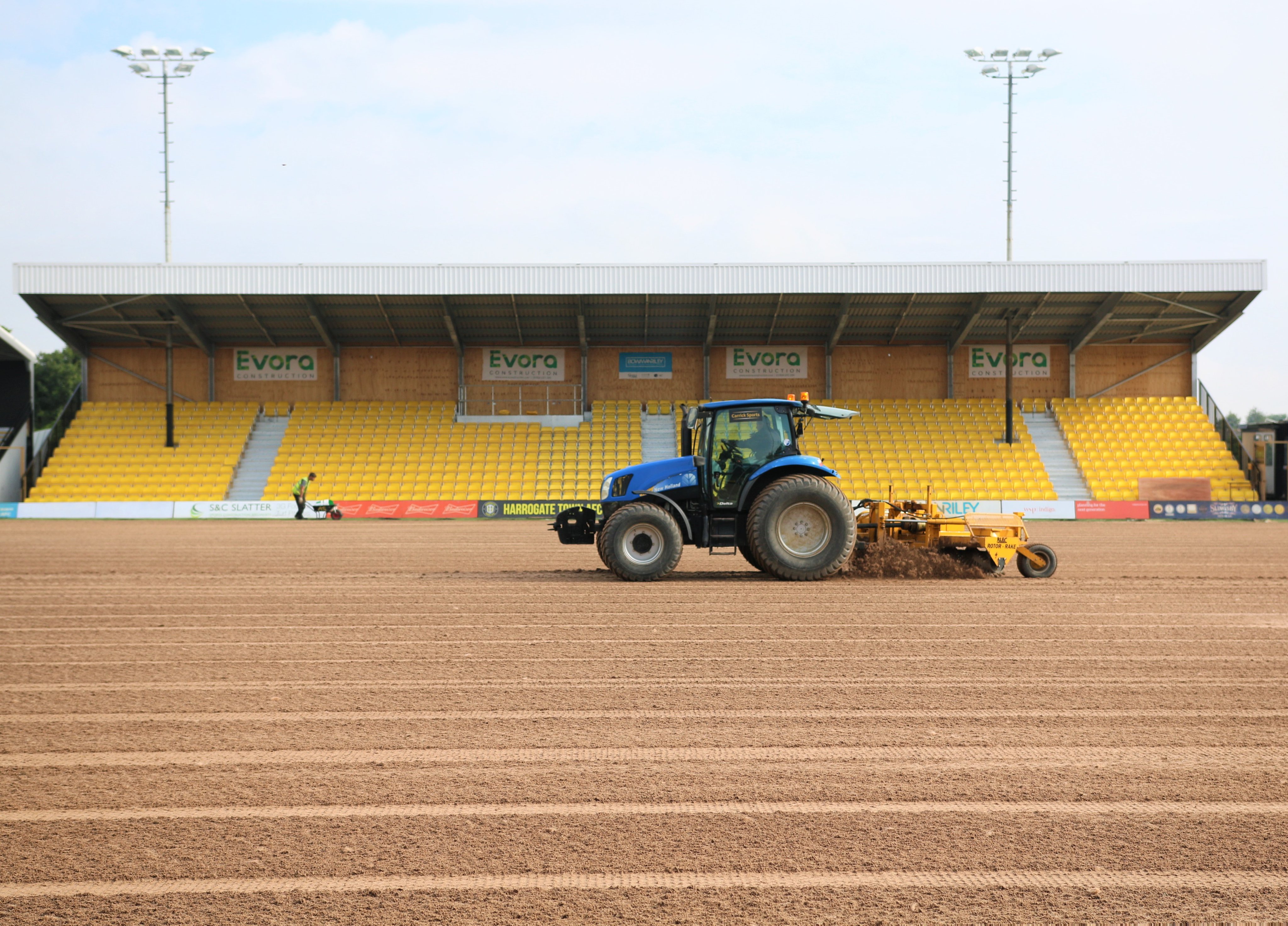 “The 3G pitches are fantastic and the fact we had one saw us play a passing game that helped us get promoted.

“And the other thing you have to consider is that when we hired the pitch out it brought lots of people to the stadium and therefore introducing a new audience to the club. In turn, many started coming to watch our games.

“We had 280 kids – eight to 16 – using it from our player development centre. They paid subs, families would come and then attend first-team matches

“Although we’ve been around for 107 years, most of those were in the lower levels of non-league so don’t have an established fan-base – we’re having to grow it now. Losing the facility has taken away one of our opportunities to grow club loyalty.

“It was hard enough not being able to introduce new fans by playing our play-off final at Wembley behind closed doors.”

It is not all bad news however – as League Two clubs receive around £900,000 in TV revenue and solidarity payments each season. That is in contrast to the paltry £70,000 basic award payments each club gets in the National League. Although it must be pointed out that wage bills will also increase significantly. 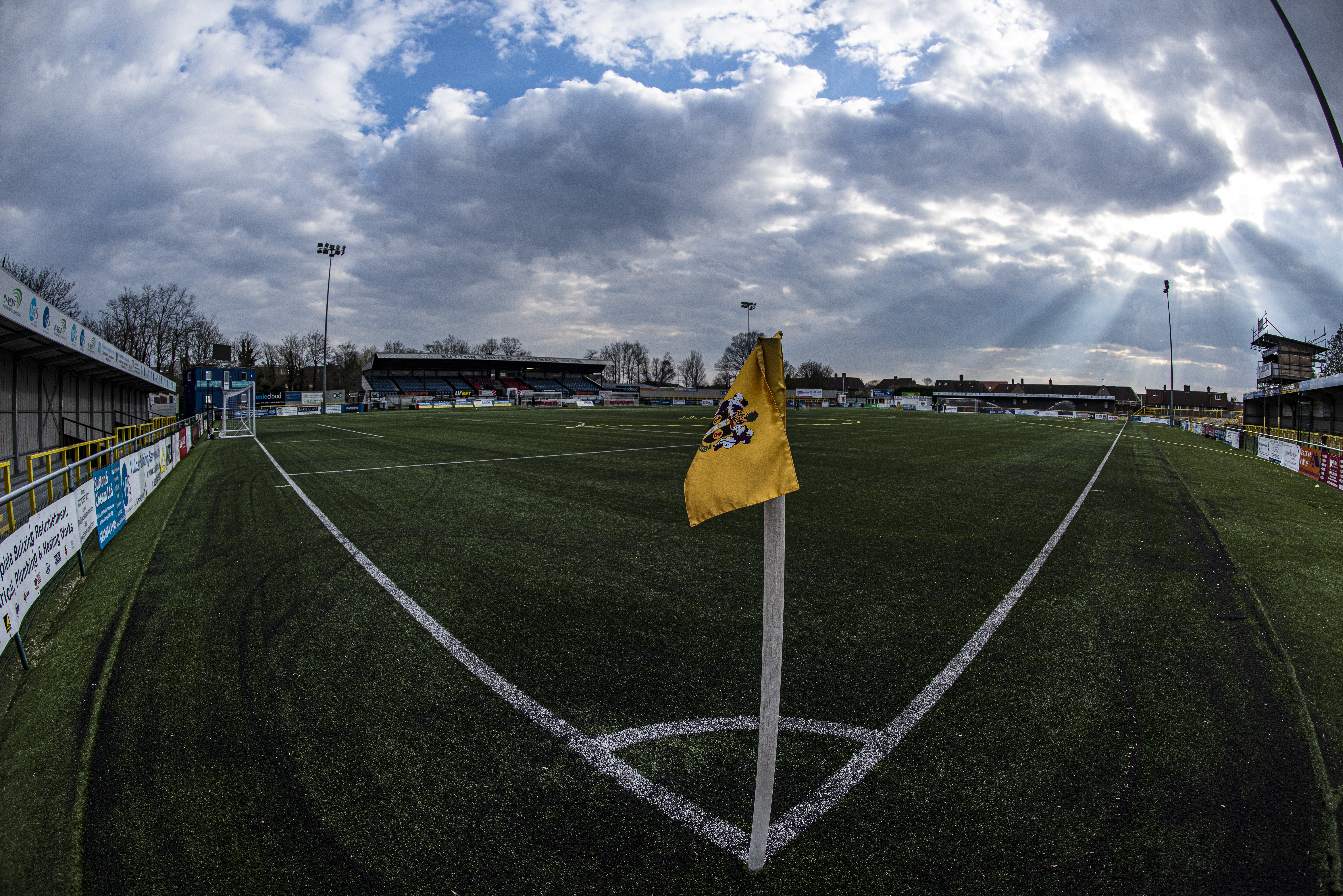 But Elliott and Weaver are both in agreement that they would rather be in the EFL than not.

Elliott said: “We’ve been a non-league club for 123 years – and to become a Football League side will be a proud moment. We’ll certainly do what is required by the EFL if we do win promotion.”

Weaver added: “The positives and prestige of being in the EFL outweigh the negatives. It was an incredible achievement for us to get into the Football League.

“We’ve won two promotions in three years so you have to take the joy with the pain.”

Three years ago, a PFA survey of 1,748 players in the EFL found that the vast majority were against fully synthetic pitches.

But the Harrogate chairman is convinced that attitudes will soon change. First because clubs in the lower leagues will realise they are wasting a great chance to make significant revenue and also most young players now are being brought up on 3G pitches.

He said: “At the moment, there are a lot of professional footballers who don’t want to play matches on 3G but in 10 years as kids that are brought up on them now come through you’ll see an attitude shift.

“I’d certainly put one in again if given the chance.”
An EFL spokesman told me: “The use of artificial pitches is not currently on the agenda.

“Ultimately, clubs determine the regulations so the requirement to play on grass is the will of the membership.”

TikTok users watch app for average of 89 minutes per day