The big striker was mocked by the Black Cats faithful before embarking on a superb 2021. 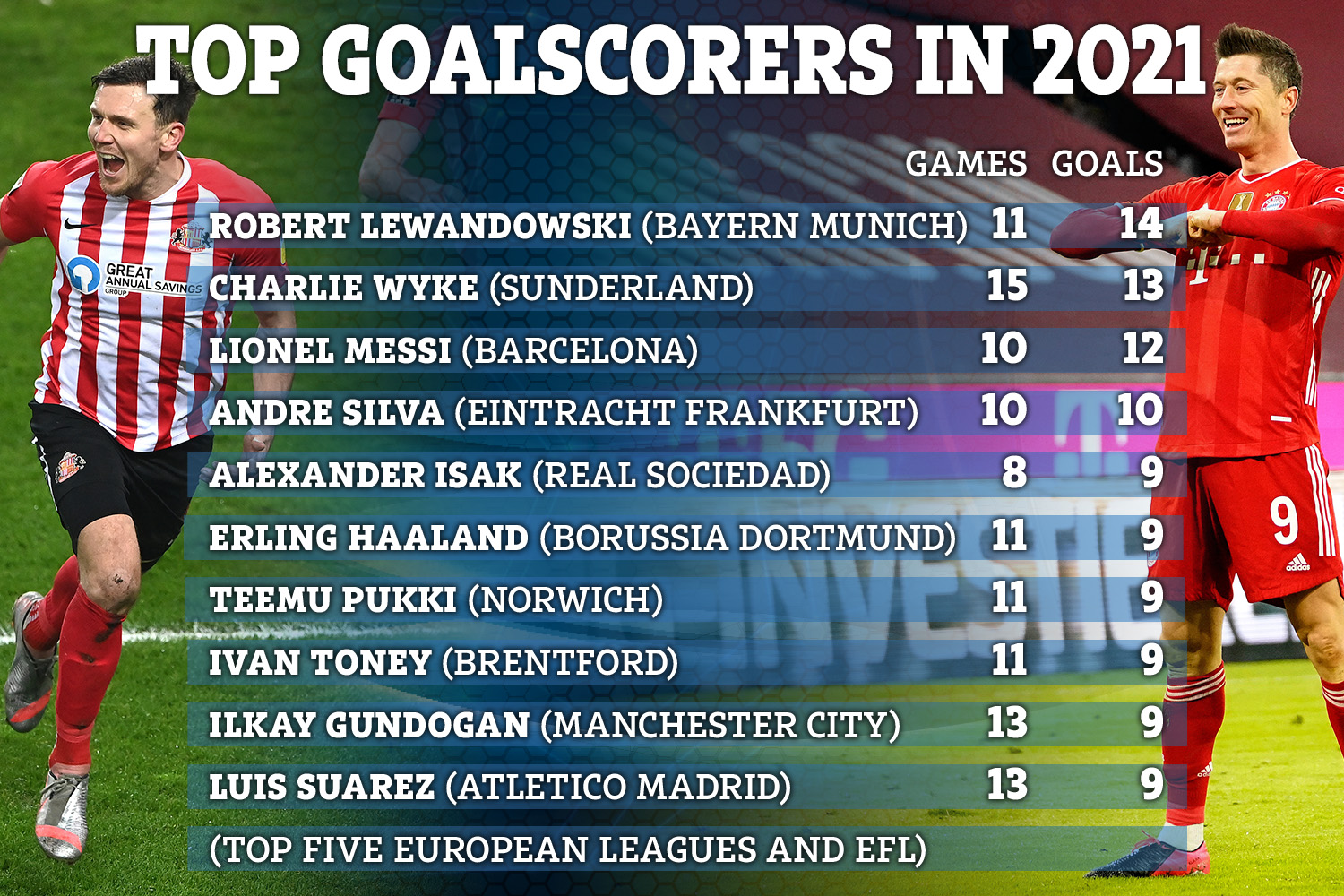 Charlie Wyke is the second top scorer in Europe this season

This year, only Bayern Munich goal machine Robert Lewandowski has outscored him in Europe’s top five leagues and the EFL.

Wyke has netted more than the likes of Messi and Dortmund sensation Erling Haaland so far this year.

The Sunderland striker headed home his 25th goal this season in Saturday’s 2-0 win over Rochdale.

Wyke’s tally matches the Black Cats feats of Darren Bent and Kevin Phillips more than ten and 20 years ago.

And it has put him in with Europe’s elite.

It is not just Wyke who is heading up in the world.

Head tennis has created legends at Sunderland — and they may have been rescued by a new one.

The two-a-side head tennis battles in the groundsman’s shed at the old Charlie Hurley training ground were the making of the Peter Reid team that transformed the club  in the late 90s as they moved to the Stadium  of Light.

And when Sunderland’s new owner Kyril Louis-Dreyfus  met the players for the first time, he insisted on a game with boss Lee Johnson and his backroom staff. 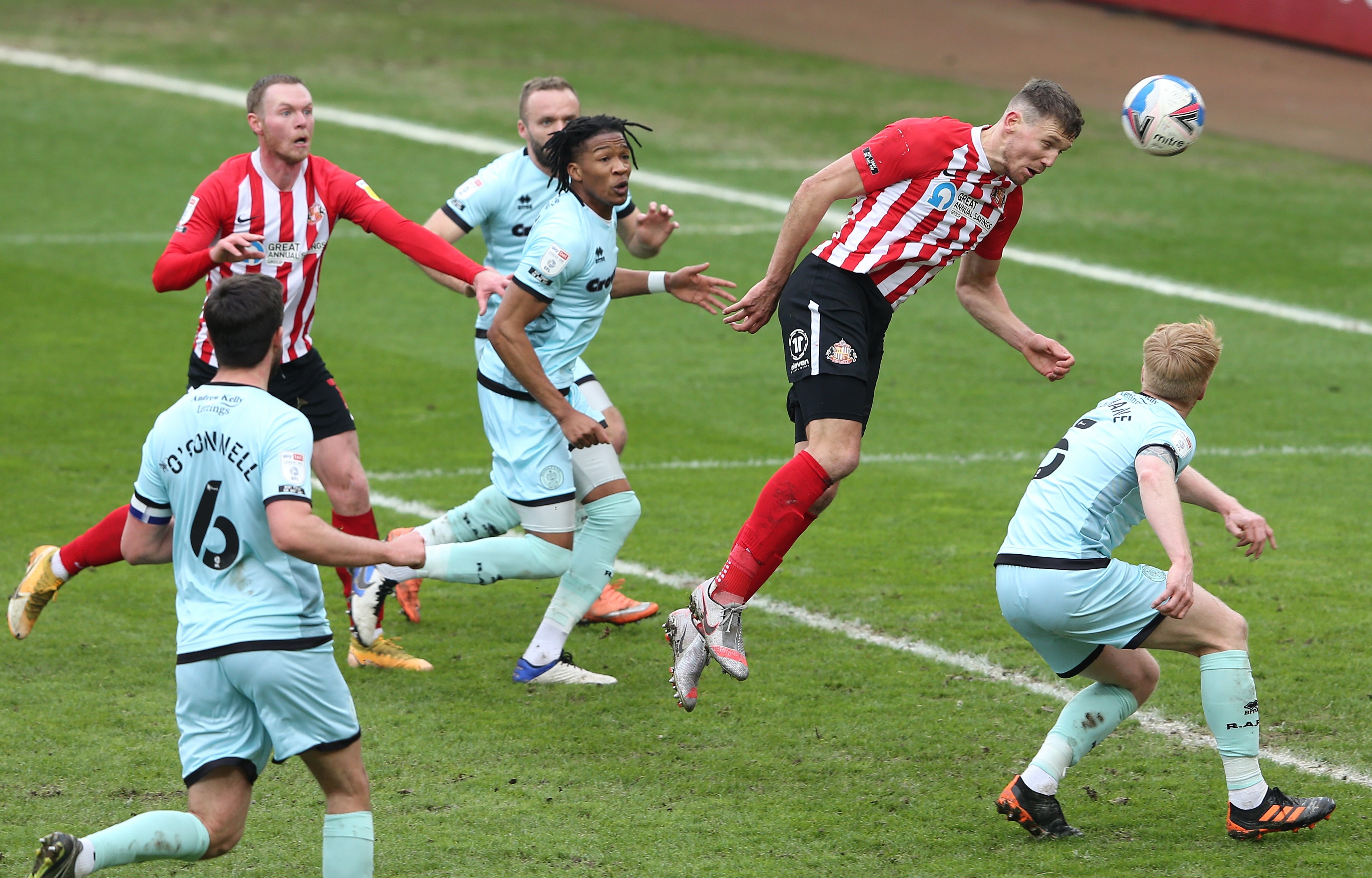 Charlie Wyke netted his 25th goal of the season against Rochdale on SaturdayCredit: Getty Images – Getty

His assistant Jamie McAllister revealed Louis-Dreyfus has been a regular at their training base since taking charge  last month. McAllister said: “We have seen him a lot. He has been excellent.

“He’s  been in most days and you can see his hunger and love for the game. He’s very focused with a  clear plan of where he wants to take the club.

“He is easy to talk to and he is even joining in head tennis. He is all right as well, he beat us the other day.

“It’s exciting times at Sunderland, with great vision. He wants to lift the club, take it to the next level.”

The Black Cats have won six of their last seven and are now five points behind leaders Hull in fourth with two games in hand.

Dion Sanderson, who scored the first against Rochdale, has been impressed by Louis-Dreyfus. He said “He’s a nice person. He had a chat with all of the lads together and it was good vibes from him. So far, so good.”