HARRY MAGUIRE has been told his form must improve – by his own manager Ralf Rangnick.

But the interim Manchester United boss refused to bow to demands he drops the defender or strips him of the captaincy.

Harry Maguire has been told his form must improve as Manchester United captainCredit: Getty

Maguire, 28, has had a particularly difficult season this term with plenty of poor performances, including another one against Southampton on Saturday.

And that led to many supporters wanting the world’s most expensive defender of all time to have a spell on the sidelines.

Rangnick claimed £85million Maguire is simply getting used to playing in a back four – despite doing so regularly for United, England and Leicester.

The German, who also admitted his players are scared of pressing, said: “I think after he came back after his injury he did extremely well, with a very good performance against West Ham.

“He is our captain and I don’t see any reason to change that.

“But he is a player who has to develop and get better, like all the other players.

“The way we play is new. In the English national team, he is used to playing in a back three.

“Here he’s in a back four but not as proactive. It will take some time for him to get used to it.”

A section of Red Devils fans want to see Raphael Varane partnered with Victor Lindelof at the back, starting against Brighton tonight.

That comes off the back of two flop displays by Maguire at Burnley and then against Saints, where he was mocked for his ‘no-look defending’ and fortunate not to give a penalty away.

Owen said: “I did fear for him and that was quite embarrassing.

“He’s got no pace at the best of times but he was outwitted there.

“His lack of pace is a real problem. We’ve said it before, we’ll say it again.

“The goal, he could have been squeezing up but he’s petrified of that space in behind.”

“I’m not sure if that’s a hangover from the Euros physically and mentally, I’m not sure. There hasn’t been the consistency of a player you’d expect of that stature.”

And ex-United midfielder Kleberson added: “Manchester United need to make some signings at the centre-back position to replace Harry Maguire.

“He’s a great player and leader, but there are too many moments that he just doesn’t perform, particularly when he’s one-on-one, or up against pacey players. He needs help defending.

“They need someone faster, stronger in the air, that can anticipate what will happen and that will be able to stop counter-attacks.” 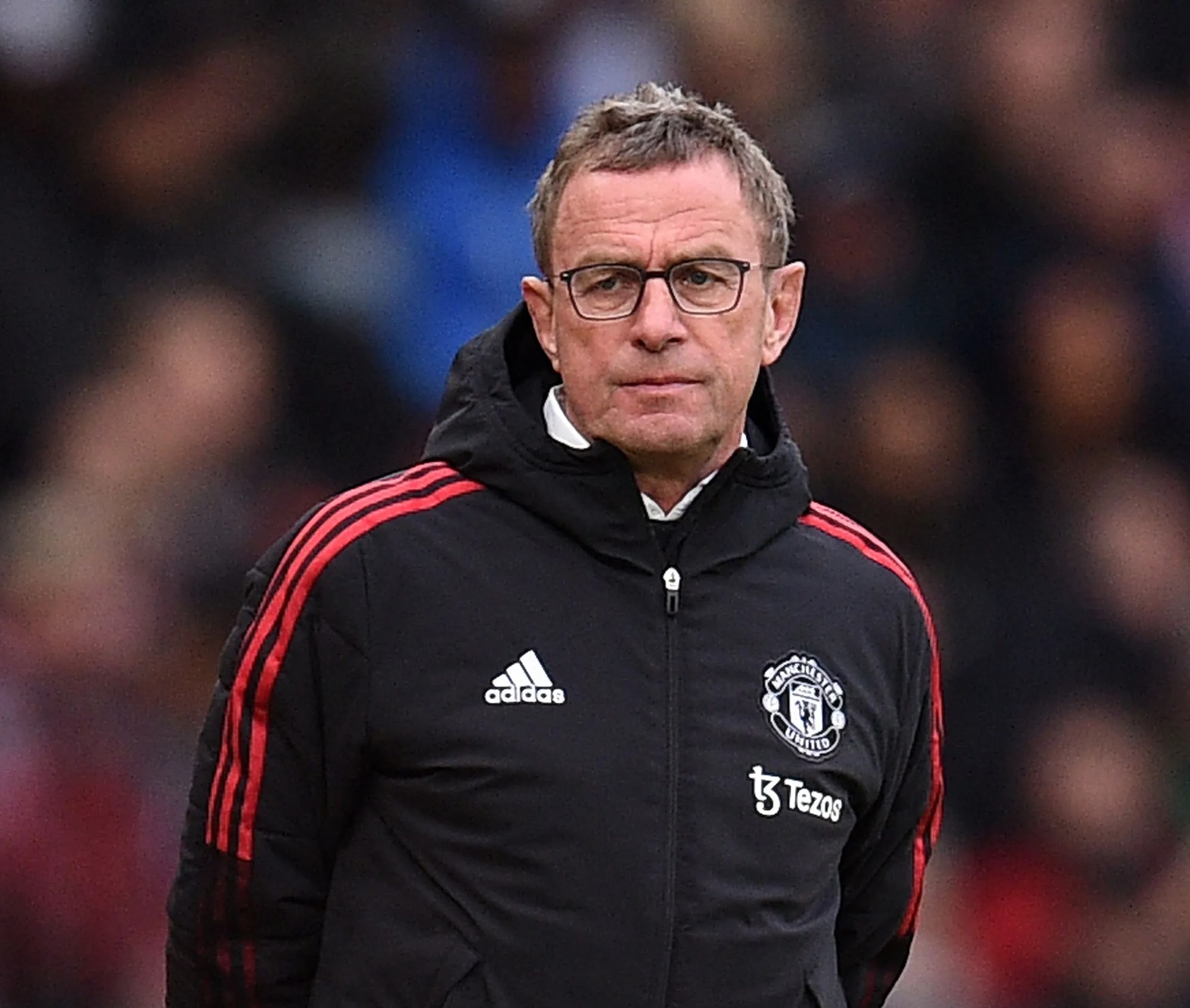 Ralf Rangnick is struggling to get the best out of his under-firing squadCredit: AFP