FOR MANCHESTER CITY, win number 20 in a row looks like plenty to guarantee the title is returning to the Etihad.

Pep Guardiola restored superstar striker Sergio Aguero to the starting line-up but the game was won by goals from centre-backs Ruben Dias and John Stones. 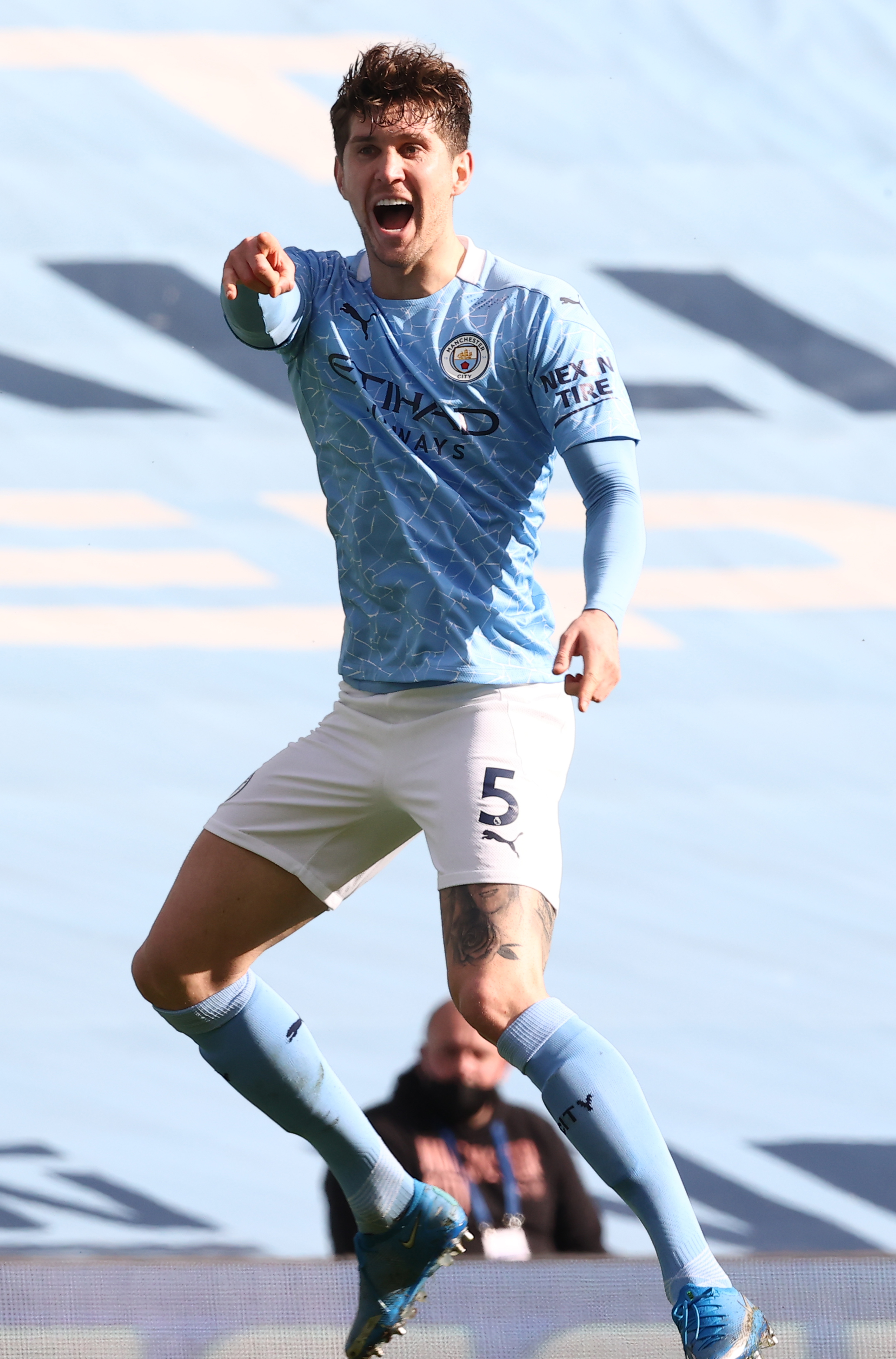 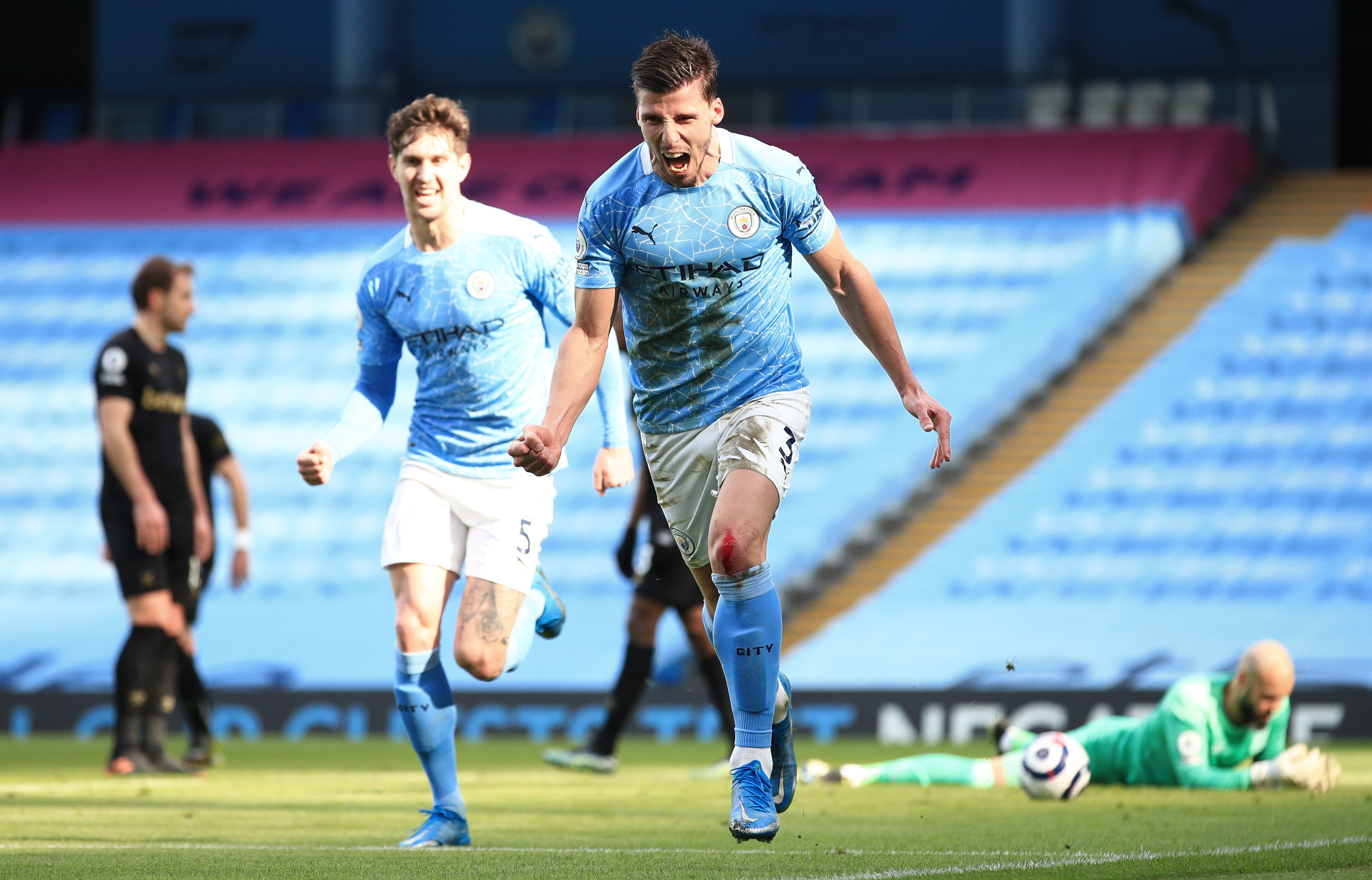 Ruben Dias opened the scoring on half an hourCredit: Getty Images – Getty

Dias headed champions-elect City ahead just before the half hour mark only for Michail Antonio to claim a deserved equaliser before the break.

But Stones continued his return to form at both ends of the pitch with a smart finish that gave his team a TWENTIETH consecutive win in all competitions.

West Ham fought hard but did not make the most of the few chances they had to put City under pressure.

The Hammers’ injury problems meant Darren Randolph made only his second Premier League start of the season and Moyes could name only eight substitutes, two of them goalkeepers.

City meanwhile made seven changes from the side that had won at Borussia Monchengladbach but still had nine full internationals on the bench.

Aguero was in the starting XI for a league game for the first time since October and looked well off the pace.

So after City had dominated possession and territory without having a shot on target, it took a defender to give them the lead.

Kevin De Bruyne’s cross from the right was sublime and Dias, still up after a corner, supplied the powerful header it deserved. 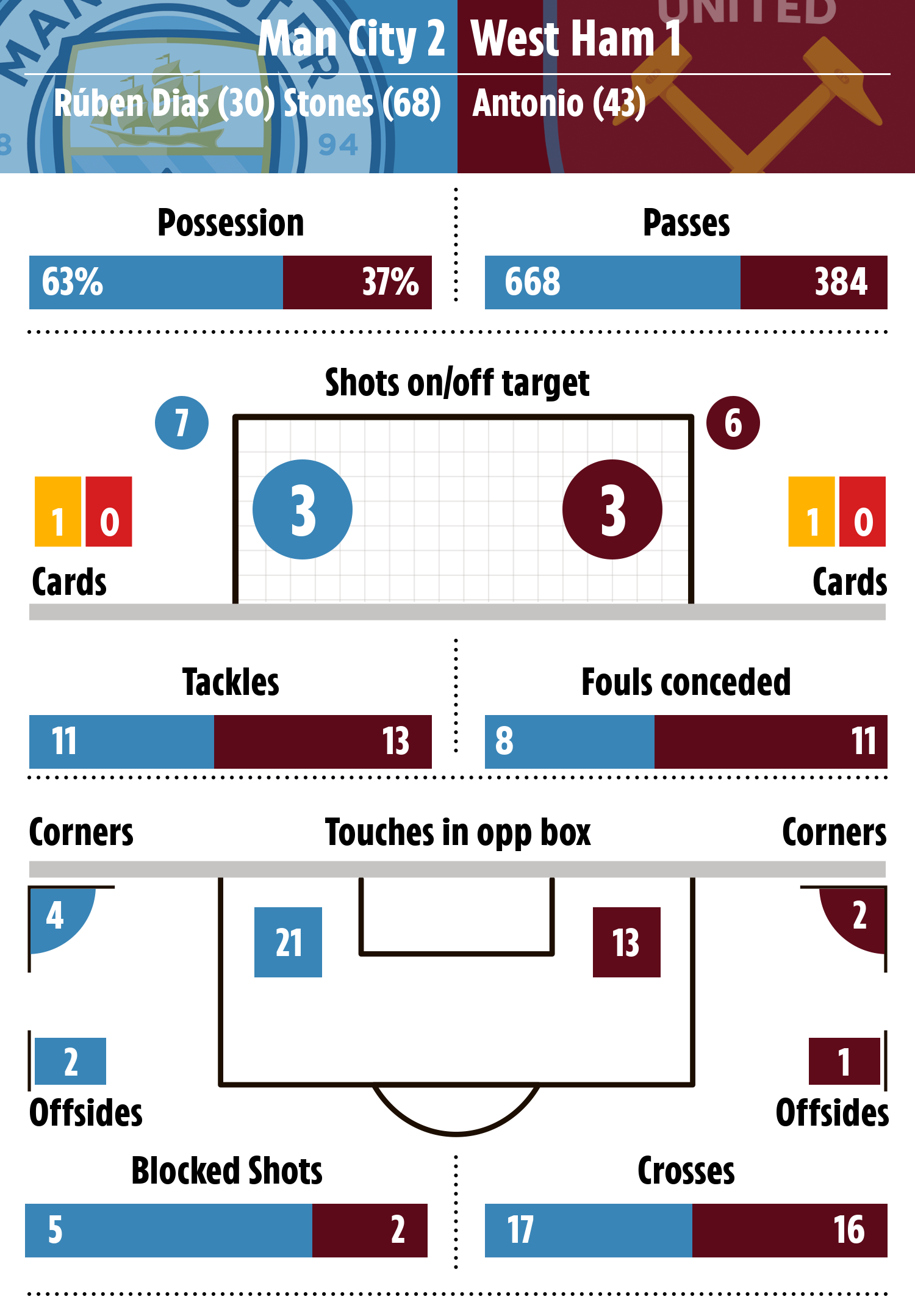 West Ham gave a good account of themselves at City 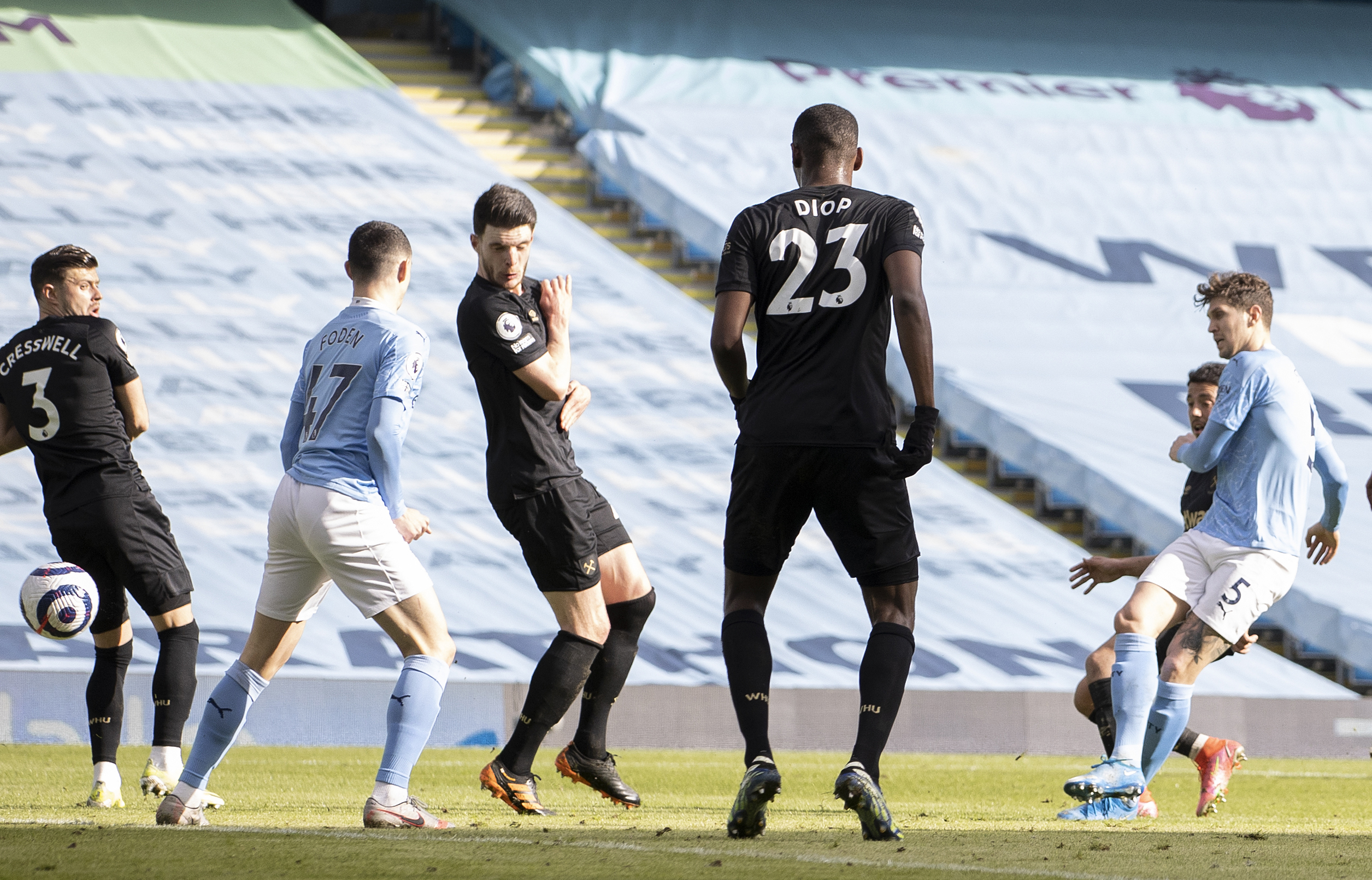 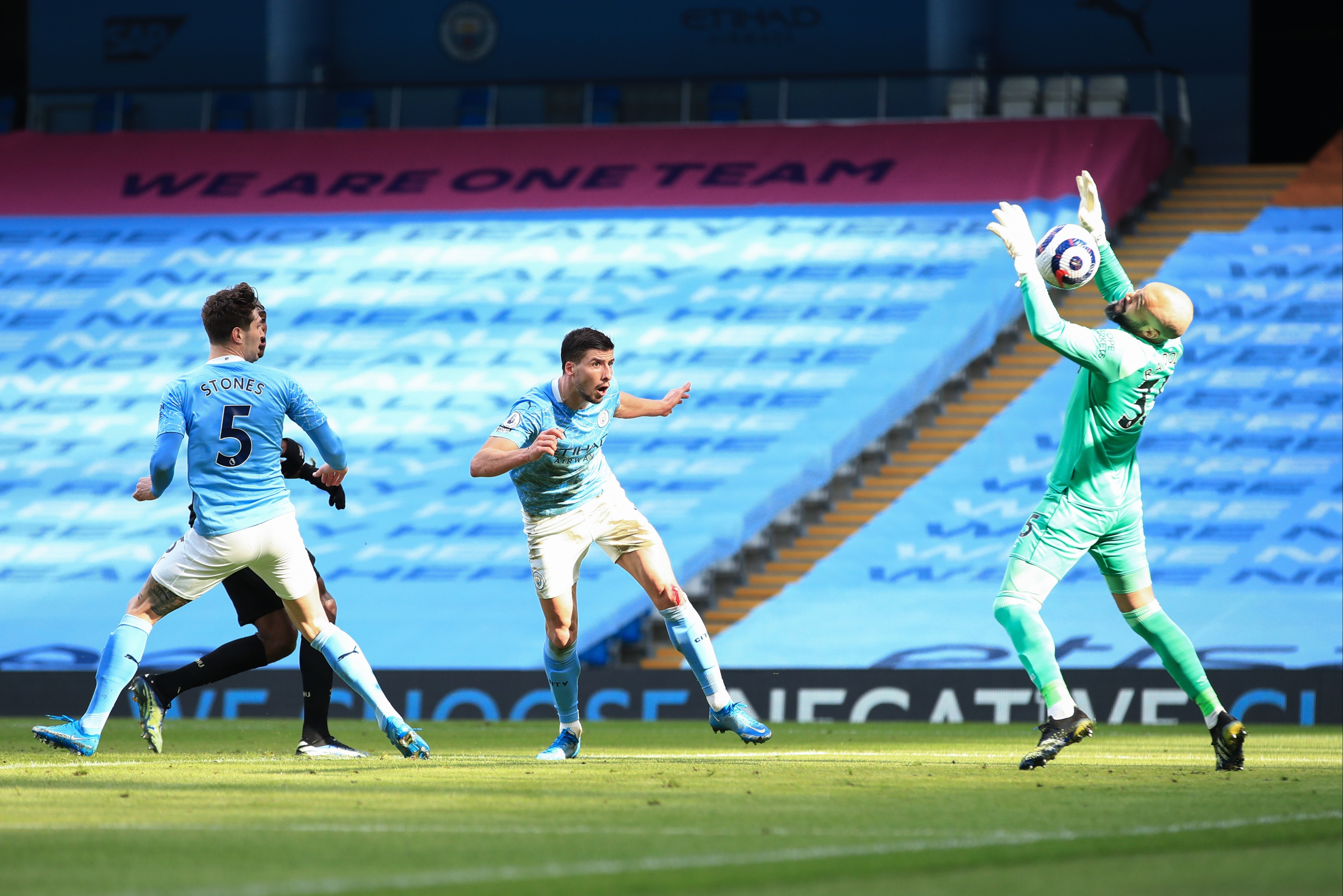 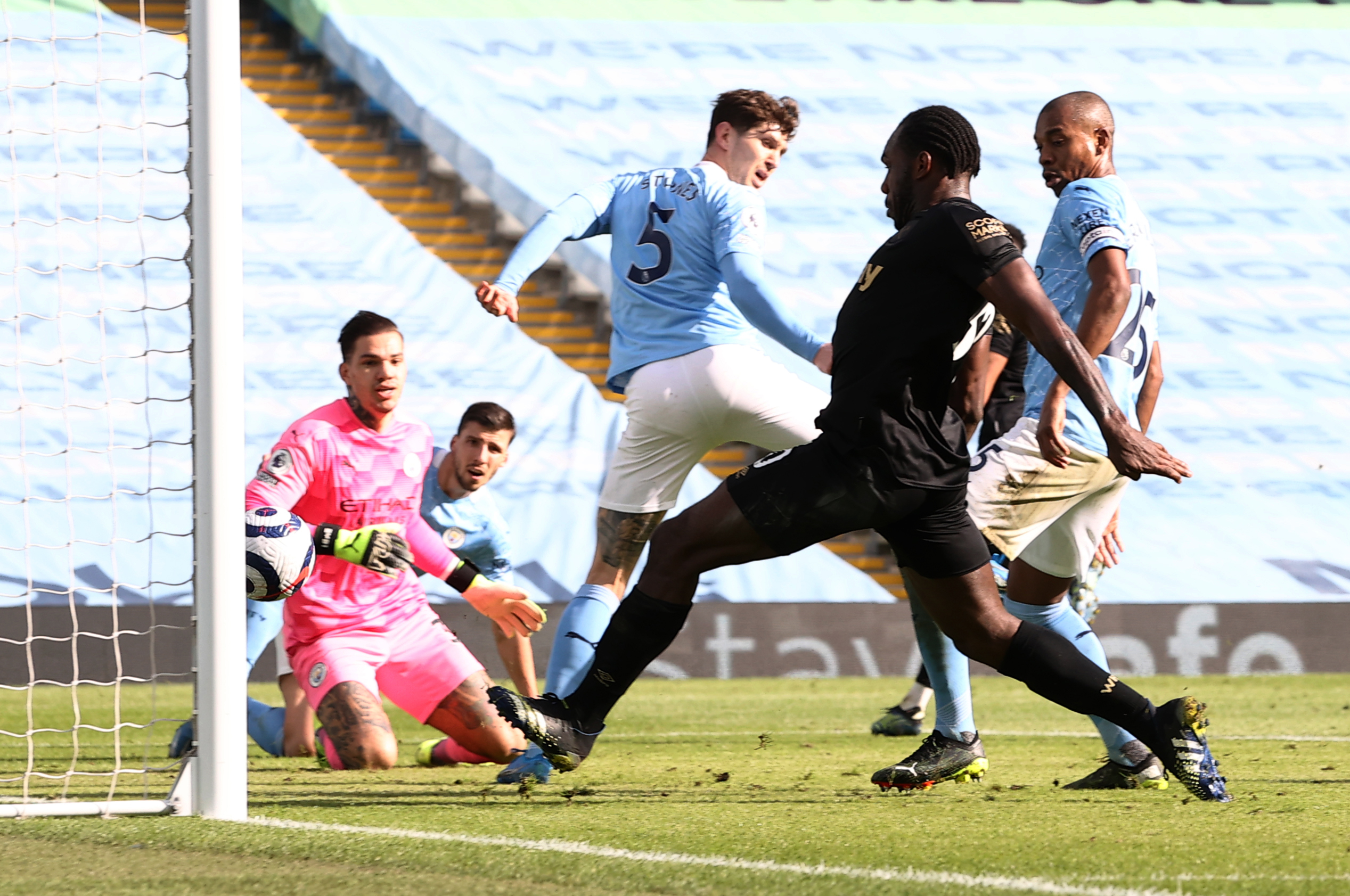 But unlike many other teams who fall behind to City, West Ham were far from done.

Antonio had already hit the post after a cross from an offside-looking Lingard, but made no mistake from a yard out after Lingard had fired towards goal from a Vladimir Coufal cross.

Early in the second half, Issa Diop failed to obey the instruction from West Ham coach Stuart Pearce to ‘Clear him out!’ and De Bruyne ran on into the penalty area.

But Aguero was too sluggish to meet the cross and the Hammers escaped.

Guardiola replaced Aguero with Gabriel Jesus and Ferran Torres with Phil Foden, but it was his other centre-back who put City back in front.

David Moyes’ side kept going but did not have a proper sight of goal in the second half until Diop headed a Lingard cross wide in the last of four minutes of stoppage time.

And City are well out of sight in the so-called title race. 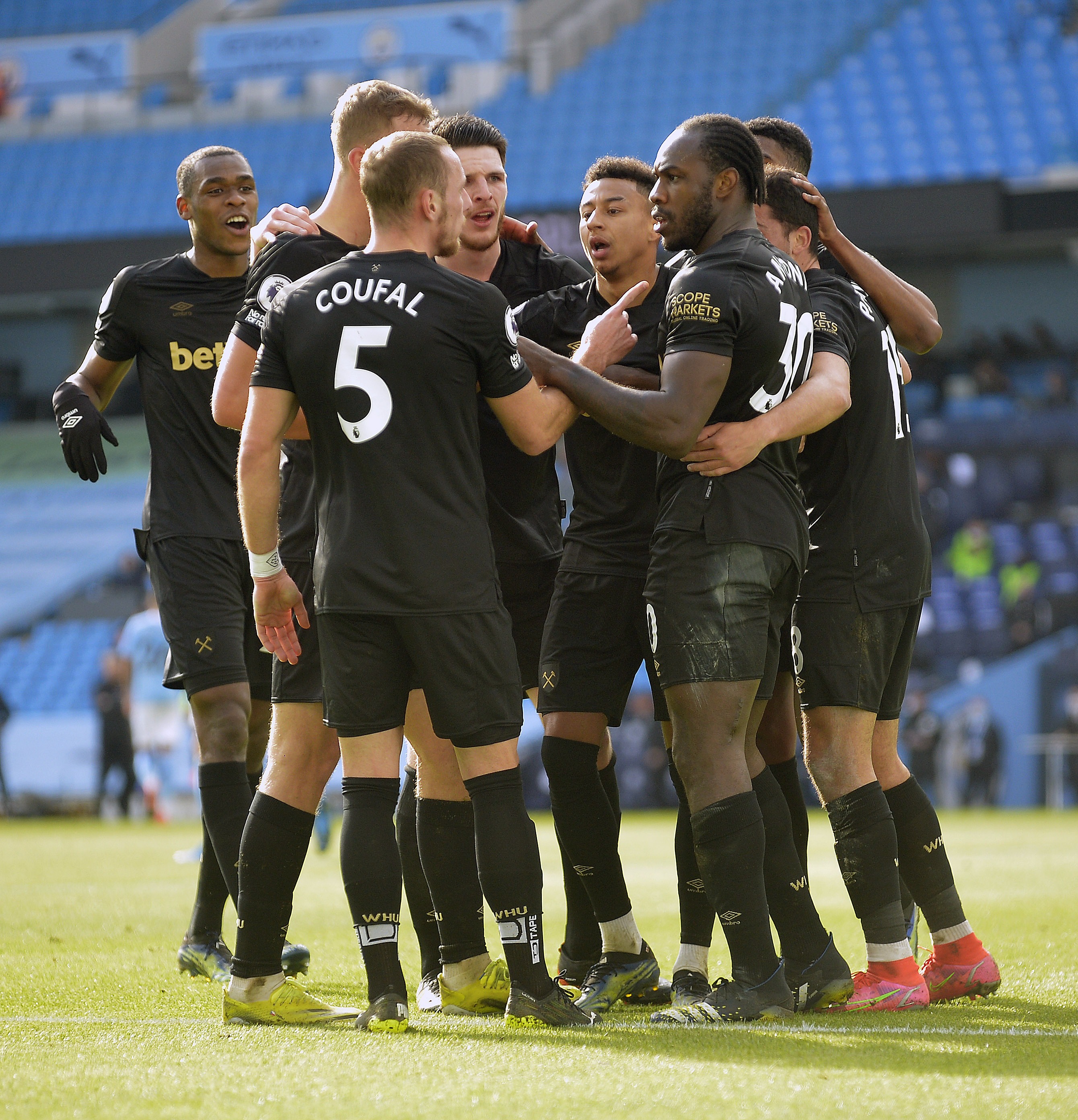 The Hammers put in a fine performance at the Etihad but came away with nothingCredit: Rex Features