Failure to beat lowly Bulgaria saw their best chance of getting three precious points for qualifying disappear despite total domination. 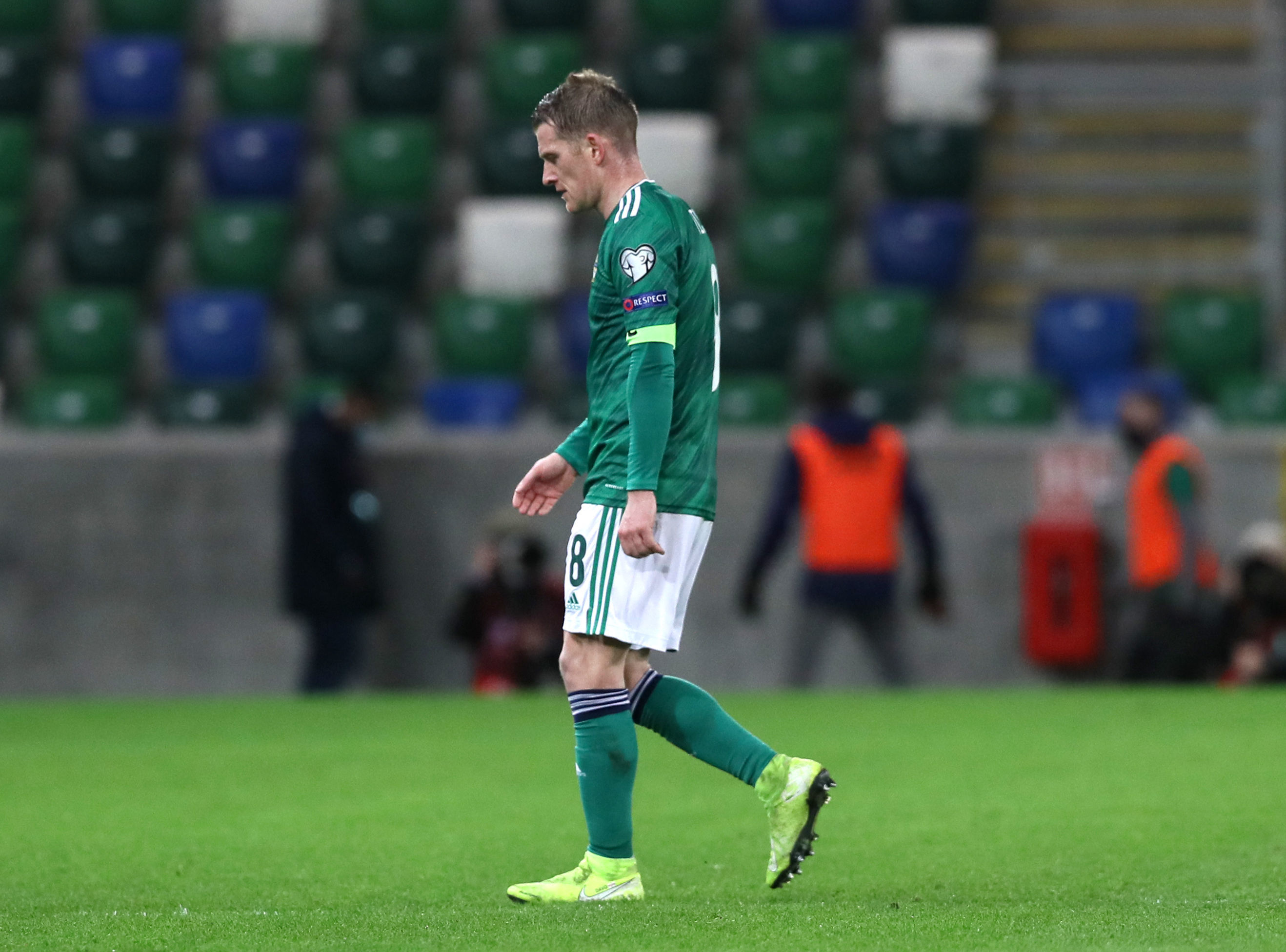 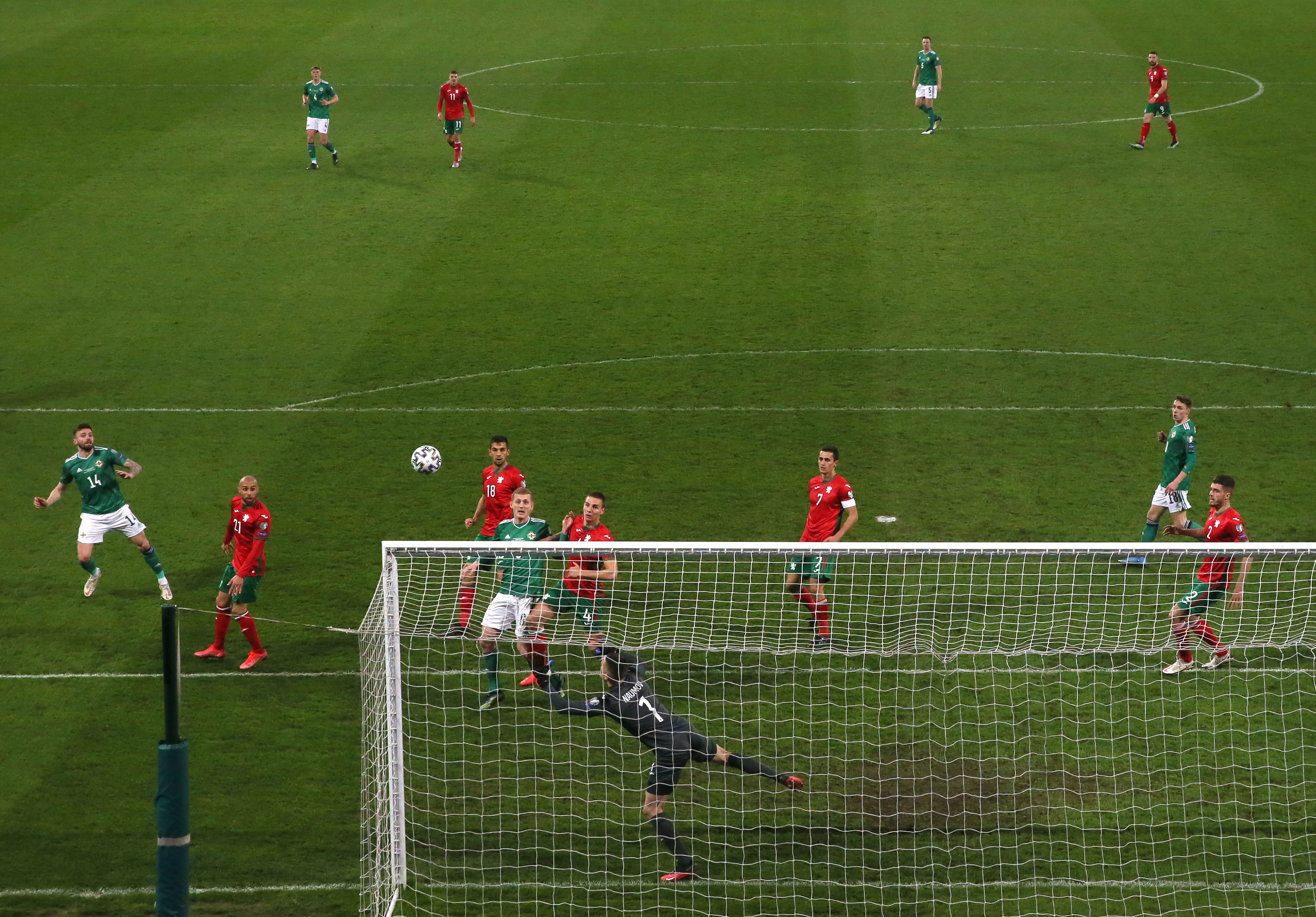 Leeds’ Stuart Dallas hit the bar in the first half with the best chance of an energetic performance.

Hull midfielder Gavin Whyte was denied by a one-handed save and Niall McGinn went close in the second half — but it was more frustration in the camp which could have long-term repercussions.

A measly point overshadowed a big night for skipper Davis, who earned a UK-record 126th international cap at the age of 36.

Had it not been for a superb reaction save from keeper Bailey Peacock-Farrell in the 90th minute it would have been even more miserable.

Bullish boss Ian Baraclough labelled the Group C clash in Belfast as ‘must-win’ —- piling on the pressure for his under-achieving squad.

But the players which once made Windsor Park a fortress failed to respond and have now failed to win at home since September 2019 — while Baraclough is without a 90-minute victory in his 11 games. 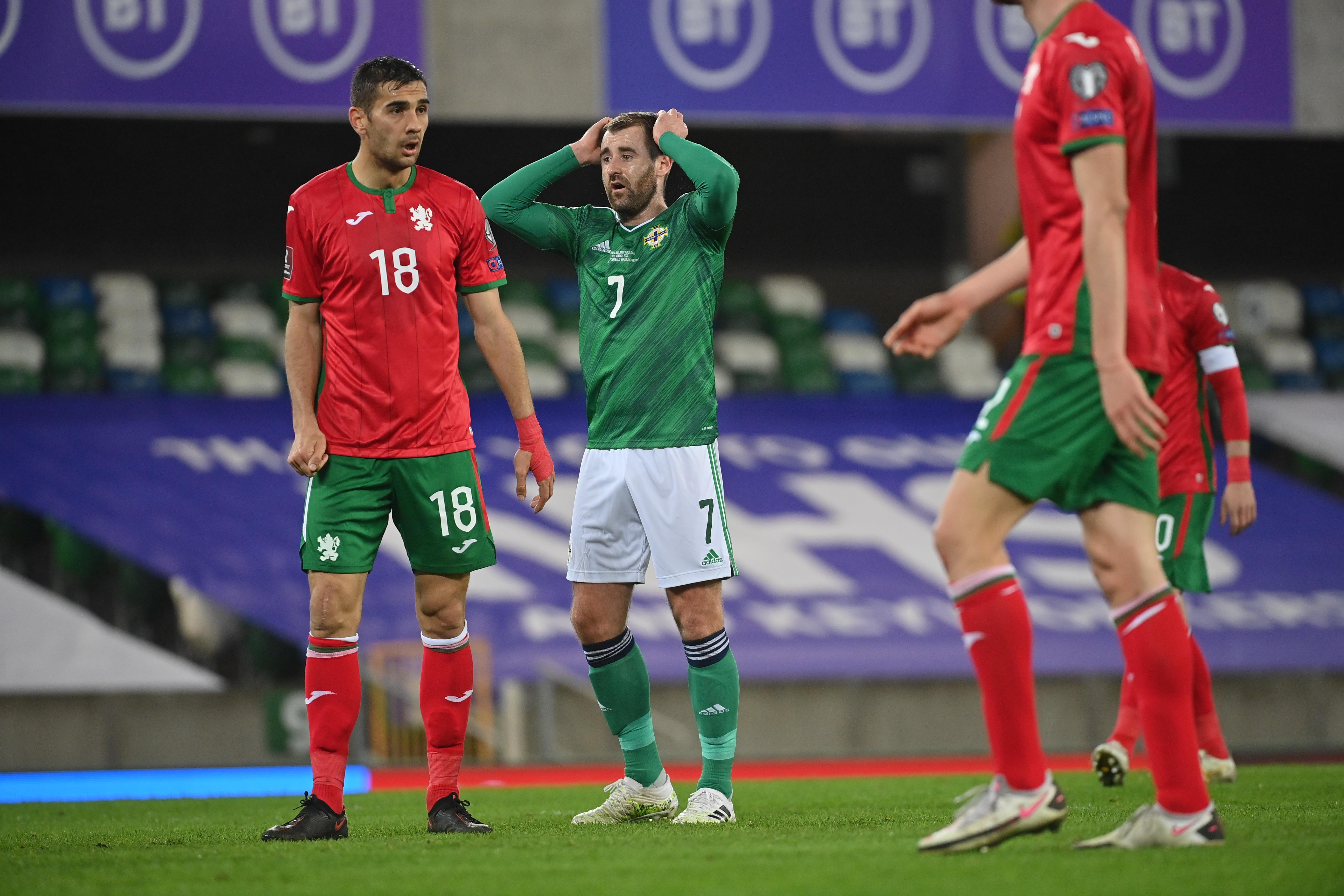 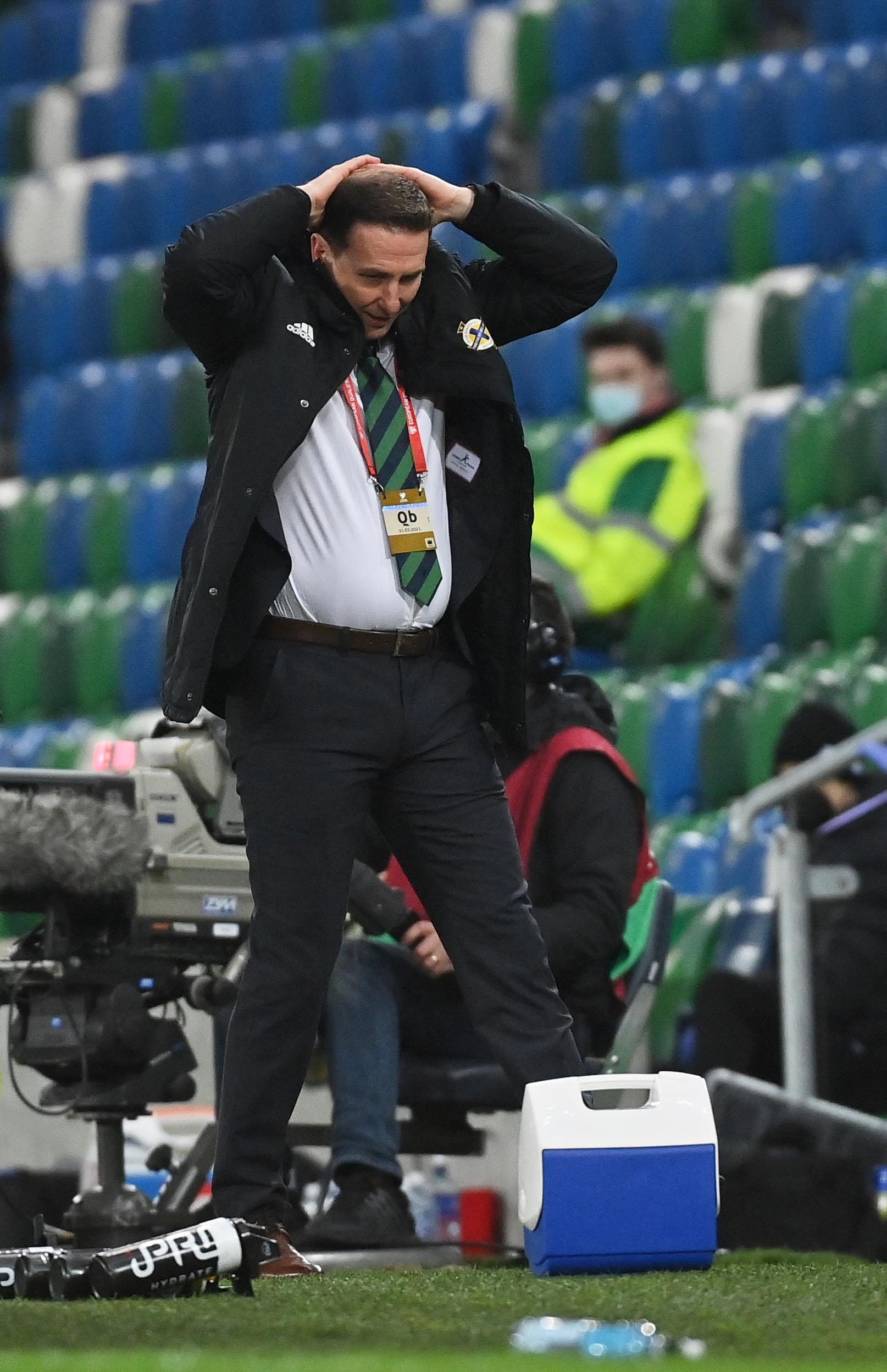 Northern Ireland lost 2-0 to group favourites Italy last week and went down against the USA in a friendly on Sunday.

Facing the equally out-of-form Bulgarians with only one win in ten games was targeted as the best opportunity to bounce back and regain some confidence.

The Circle: James and Manrika have nasty clash as Gemma is blocked

Naya Rivera to voice Catwoman in role completed before her death