STEVE BRUCE is fighting for his job at Newcastle after fans launched a protest outside St James’ Park calling for him to be axed.

A banner bearing his image along with the club’s owner, Mike Ashley, was accompanied by a slogan saying ‘act late, seal your fate’ and the dates 2009 and 2016 when Newcastle were relegated from the top flight. 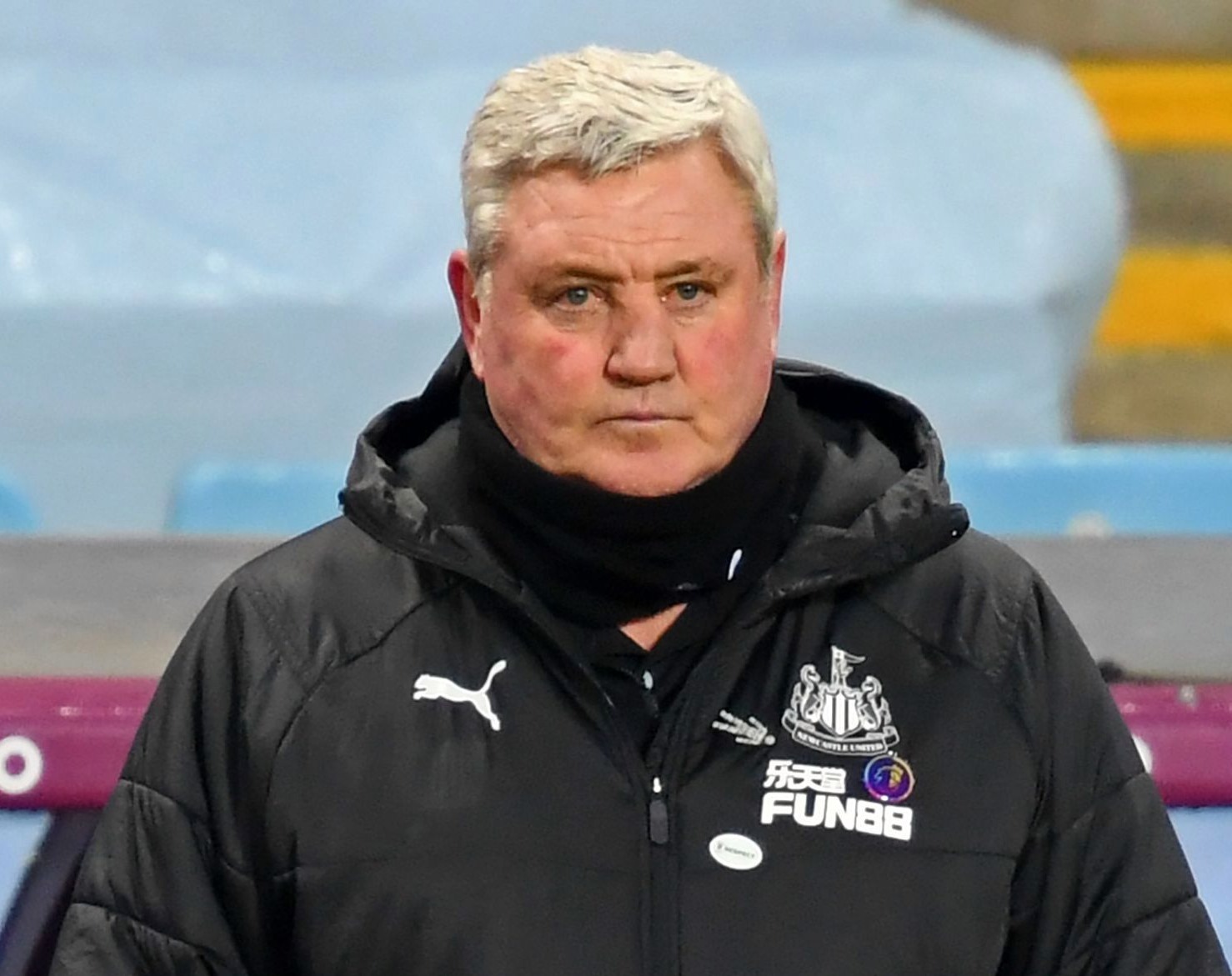 Steve Bruce is feeling the heat as his Newcastle side made it ten games without a winCredit: AFP 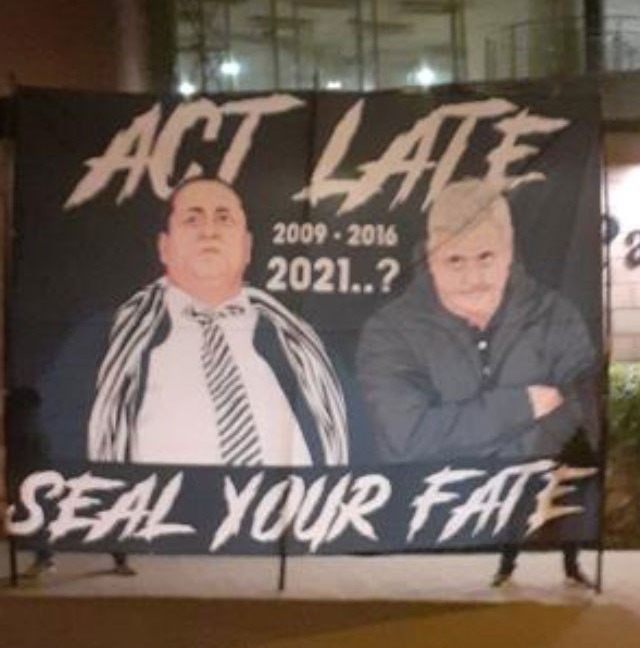 Fans protested outside St James’ Park and are worried about relegation

And in a further blow to Bruce, Toon favourite Rafa Benitez is now available to take over after walking away from his £12million-a-year deal at Chinese Super League club Dalain Professional, while former Bournemouth boss, Eddie Howe, has also been linked with the club.

It comes after they slumped to defeat at Aston Villa to go ten games without a win.

When asked about the protest outside Newcastle’s home ground, Bruce replied: “I am disappointed to hear that.”

He added: “We have been on a difficult run but we aren’t alone. It is our turn and how we handle it and how we turn it around.

“We have been stuck on 19 points for a while now, so the quicker we get the win, the better.

“We need to win a couple of games and that’s what we are trying to do.

“I know this group of players are capable but we have had a tough time of it with illness and injuries and if we can stay fit and healthy I am confident we will be okay.”

And Bertrand Traore thumped in an excellent second after being teed up by Jack Grealish, as Newcastle failed to clear a corner.

Villa boss Dean Smith said: “I thought we were good, especially in the first half. Our play was bright and in the second half we over-played a little bit and got a little sloppy.

“But for our final pass, we could have scored a few more.

“We have been through a tough spell and had three away games and picked up only one point and feel a little hard done by.

“So it was important we came back to Villa Park and win the game and we did that.” 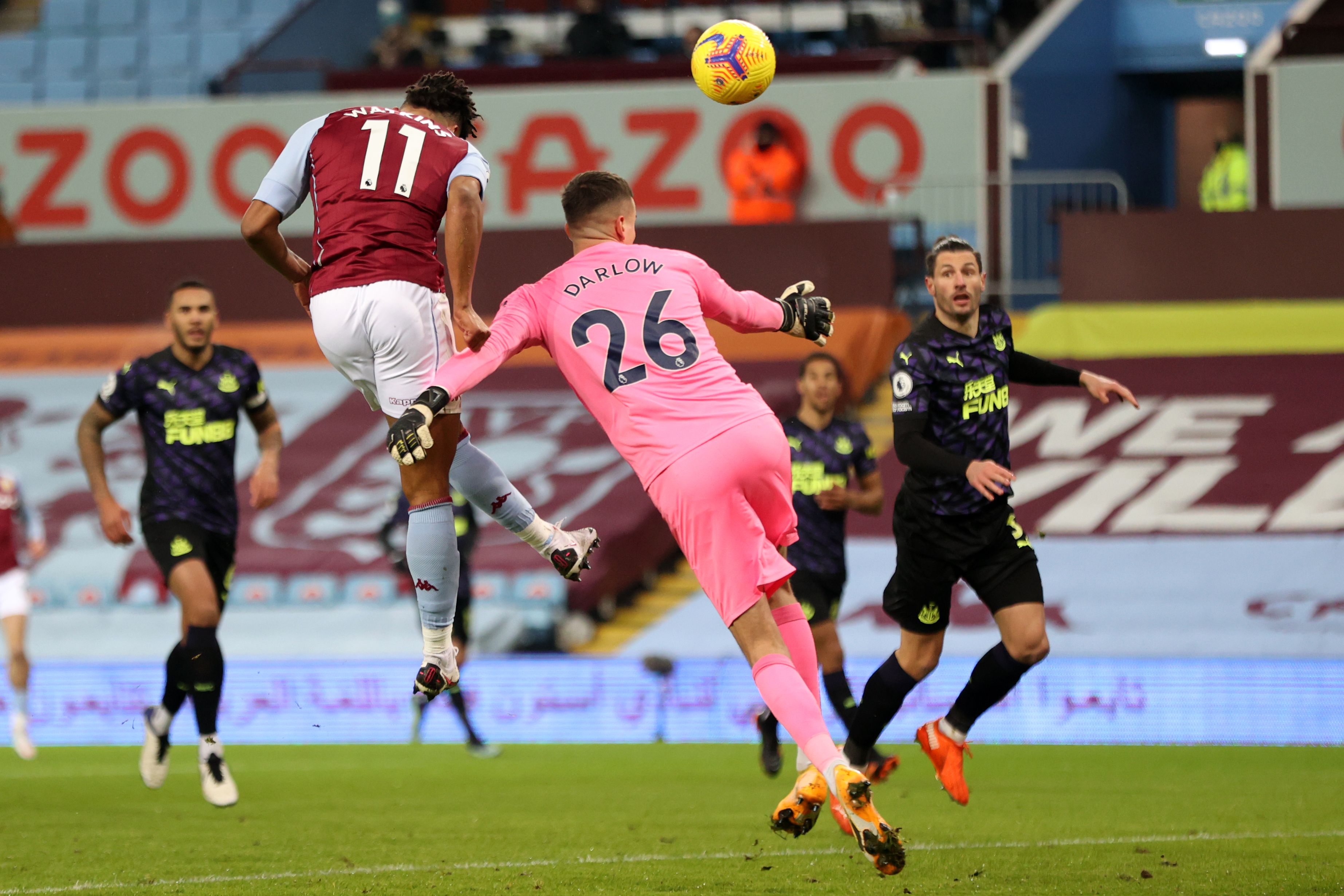 Ollie Watkins opened the scoring at Villa Park with a headerCredit: AFP 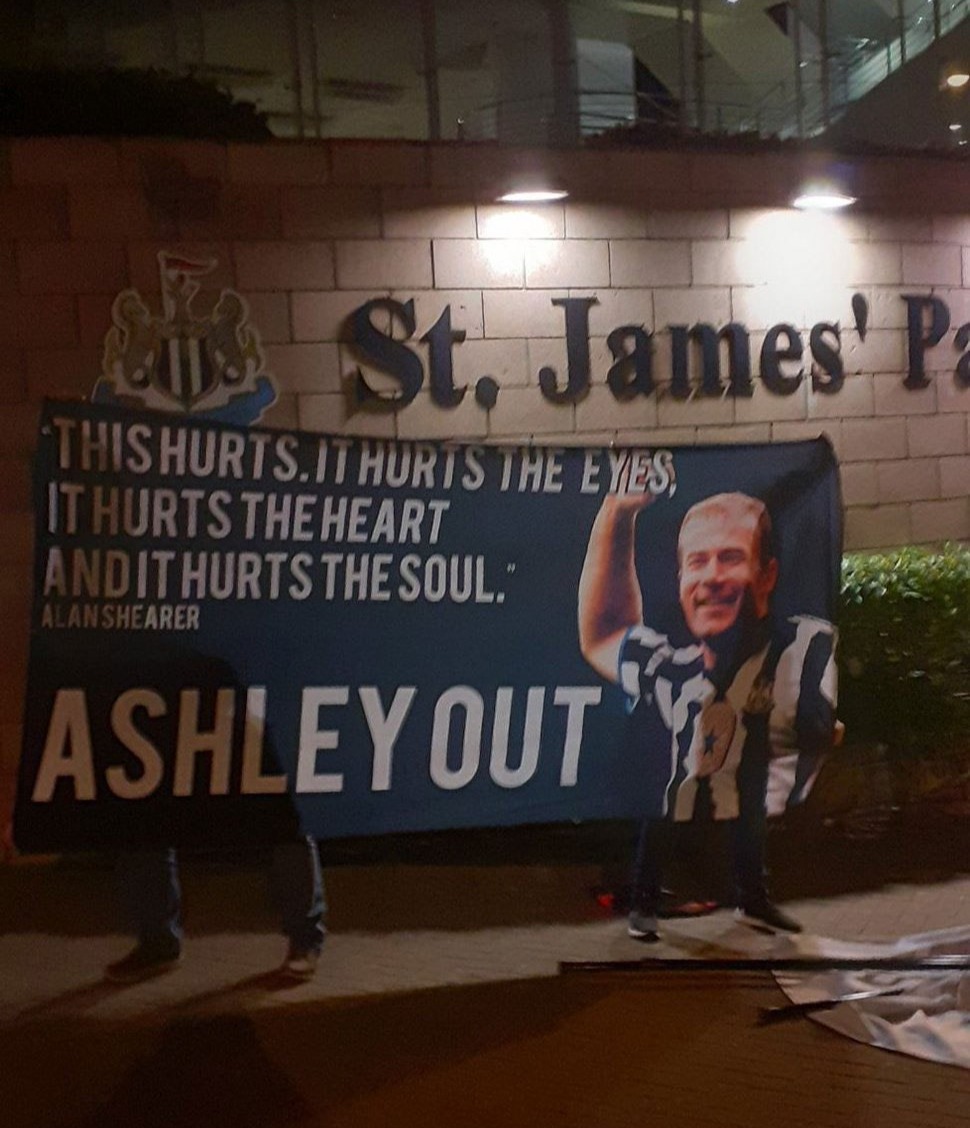 Another poster had words from club-legend Alan Shearer