TOTTENHAM fans have ripped into former Arsenal keeper Wojciech Szczęsny after Harry Kane scored past him for England on Wednesday night.

The Three Lions captain fired past the former Gunner from long range, much to the delight of many Spurs supporters. 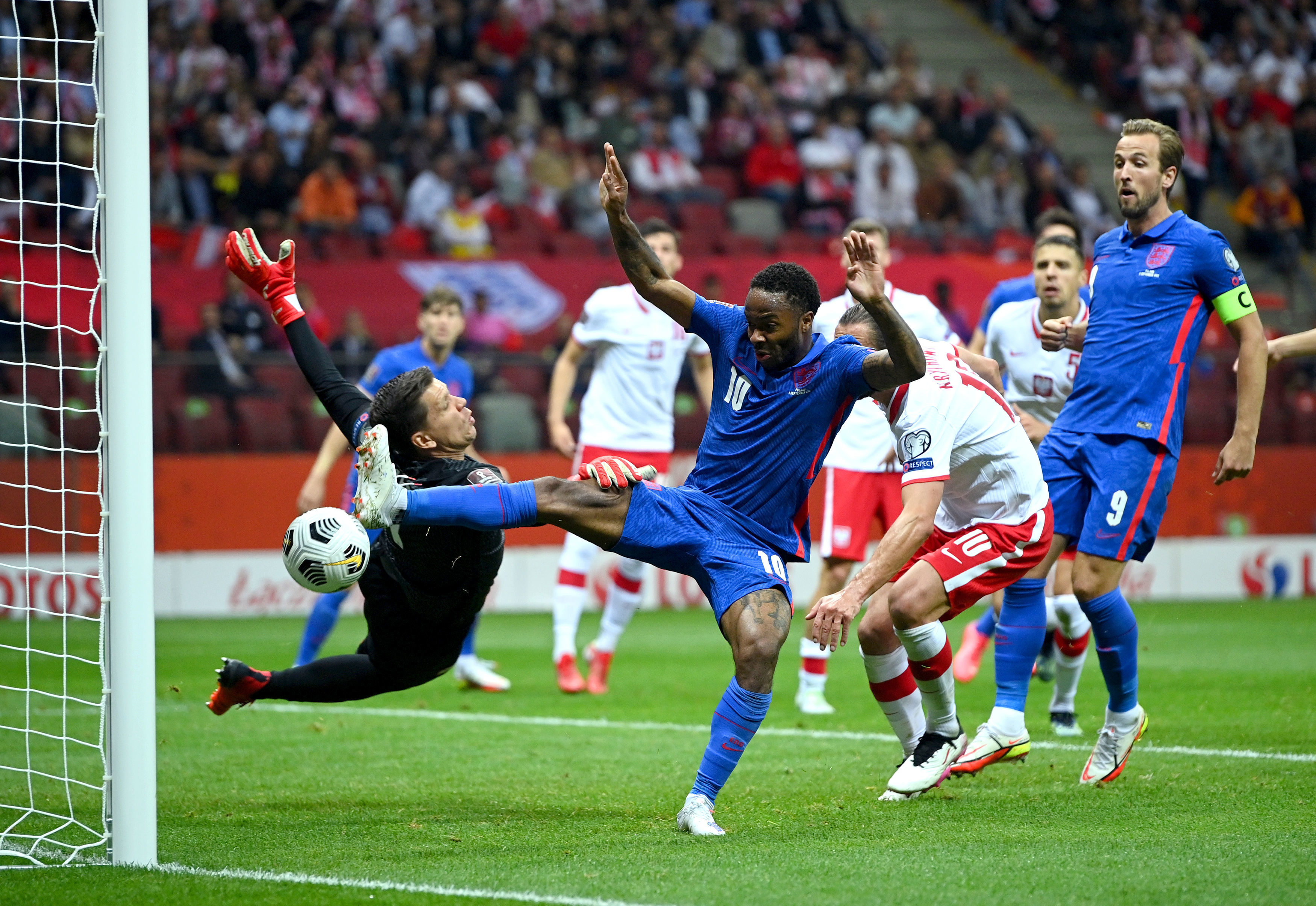 The Polish shot stopped nearly conceded another but the ball came back off the postCredit: PA

And the Tottenham fans could not resist piping up to rip into a man they have a long history with.

One fan said: “If Wojciech Szczesny is going to banter Spurs he’s just got to stop allowing Kane to score wonder goals against him.”

Alongside a picture of Szczesny celebrating in front of Spurs fans while at Arsenal, another added: “Szczesny needed to dive when this was taken to stop that.”

Back in 2018, Szczesny couldn’t resist trolling Tottenham fans after their Champions League heartbreak at the hands of his Juventus side.

The keeper watched from the bench as two second half goals from the experienced Italian giants knocked Spurs out of the competition.

He then took to Instagram to upload a picture of the Juventus players in celebration and angered the Lilywhites faithful with his caption.

He added: “Great win and celebrations vs one of the best teams in North London. #NorthLondonIsRed.”

Meanwhile, Szczesny may well have had the last laugh on Wednesday night as Poland fought back from Kane‘s goal to nick a draw against England.

The home side found a way through in injury time as Robert Lewandowski’s cross found the head of Damian Szymanski.

“I think it’s the people around them”